So Simons epic Wales challenge comes to an end & i was off to Cardiff with Mike Mayberry to meet a few friends for the final stretch into Cardiff Bay where Simons family had arranged a small finale event, except it wasn't that small! 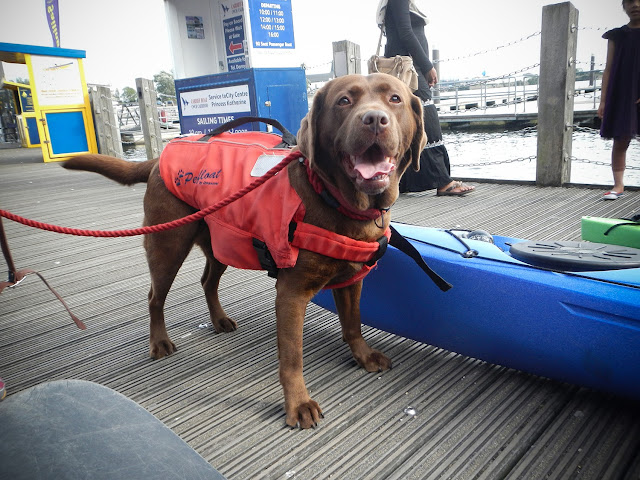 Myself, Mike & Chris Evans got there early & had to paddle across to the barrage to meet Simon & the guys. Pepper was coming too & itching to get on the water. 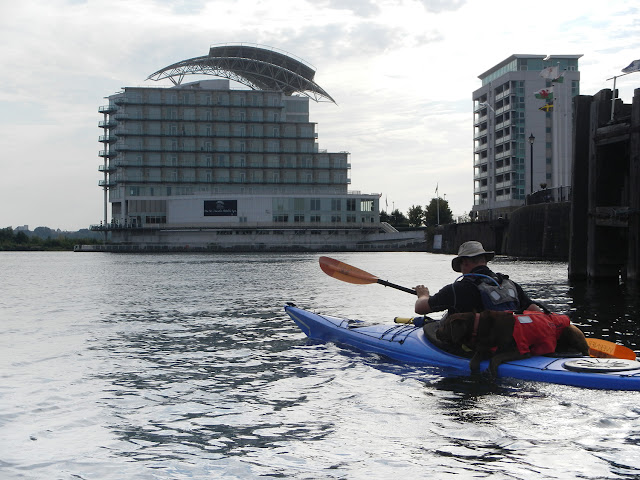 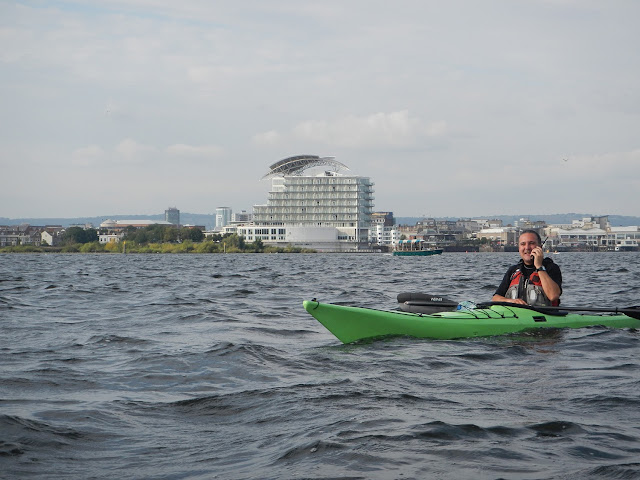 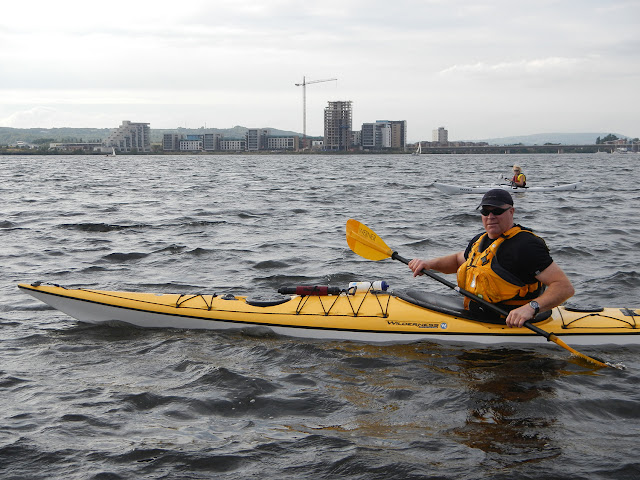 Stuart & Chrissy were there too but couldn't hang around as Simon was late! 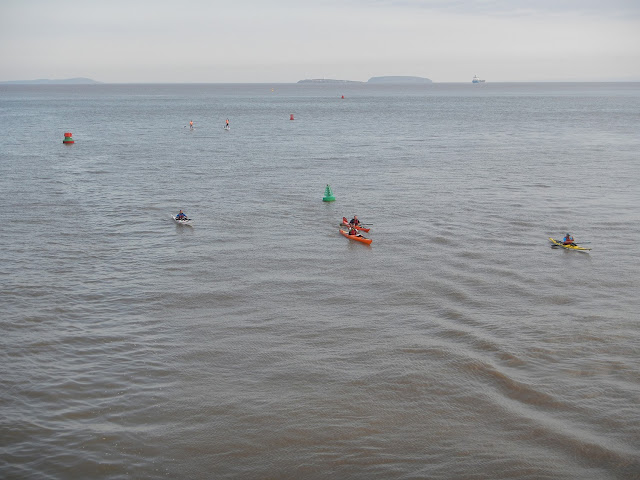 Here come the Guys via Flat Holm, an extra little adventure for the boys :) 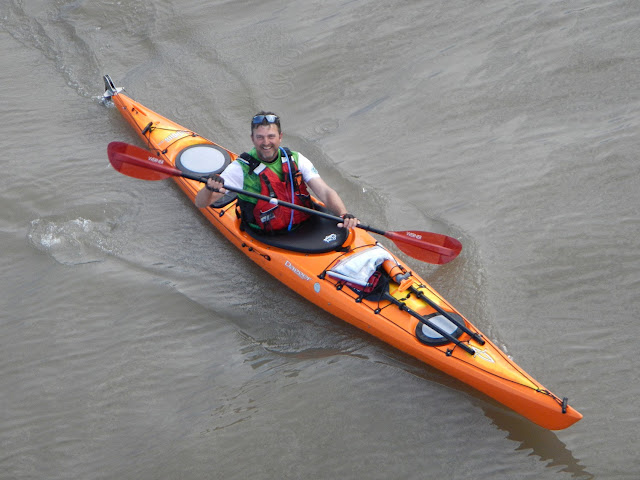 Simon makes his way to the finish line :) 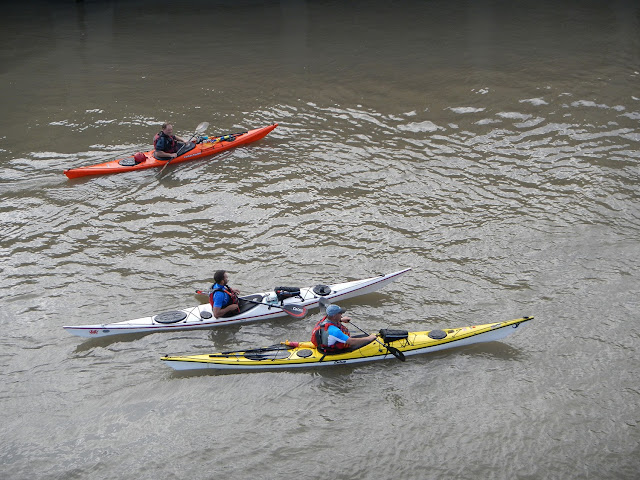 Thats James nearest, Stu & Chris who accompanied Simon to Flat Holm. It was quite bumpy apparently. 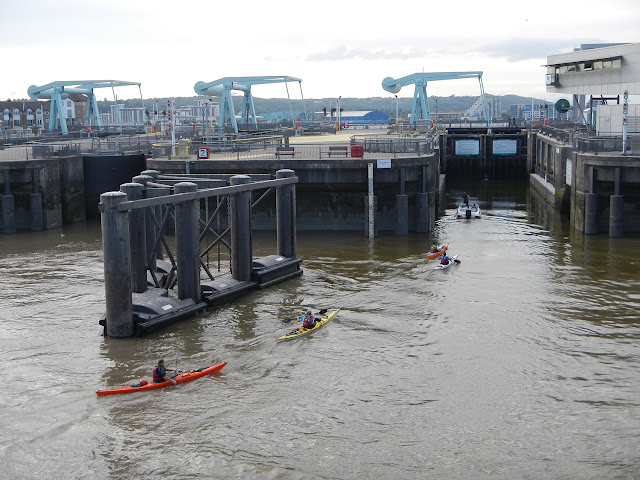 Stu badgered the harbour control for permission to go through the bay lochs by guilt tripping them I think?
A nice way to reach the finish though so top marks for the barrage guys :) 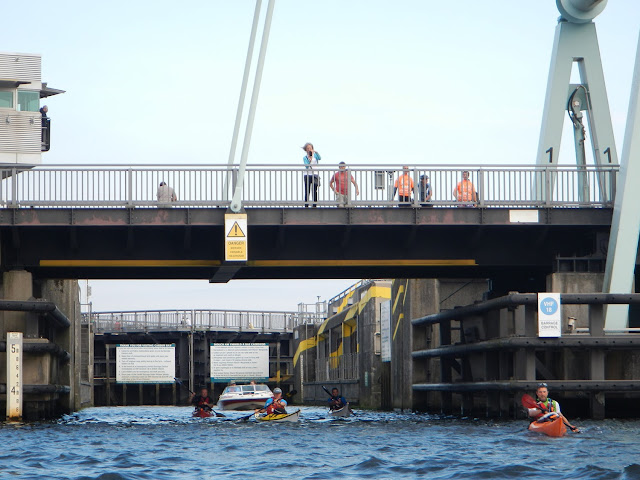 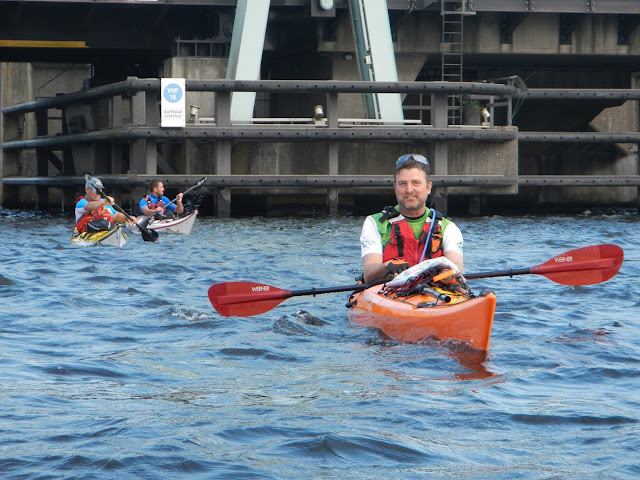 Is this the look of relief? ;) 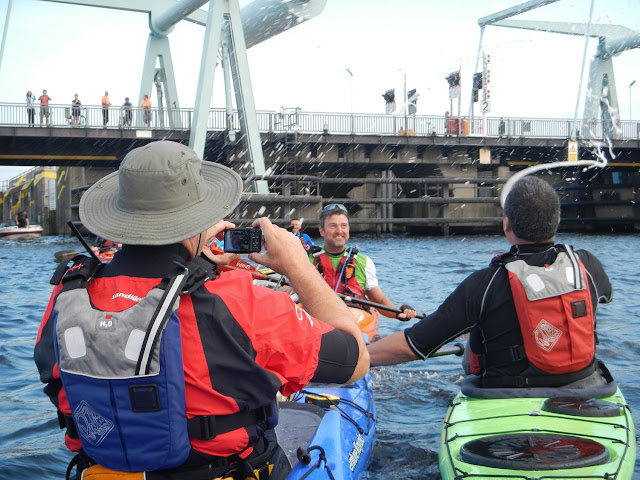 Chris brought some champers. The guy with the camera is Derrick who completes our flotilla. 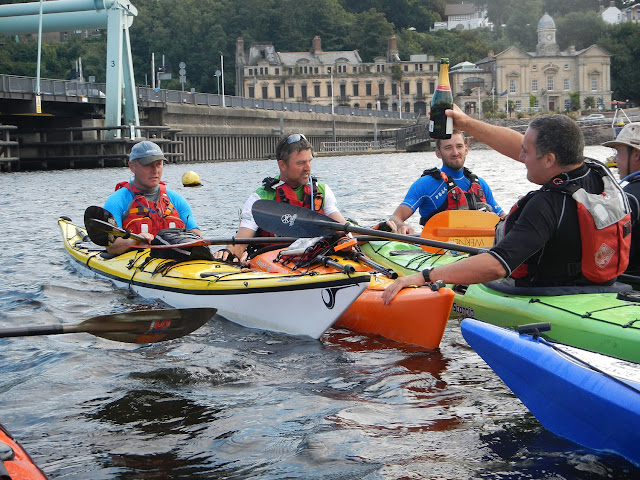 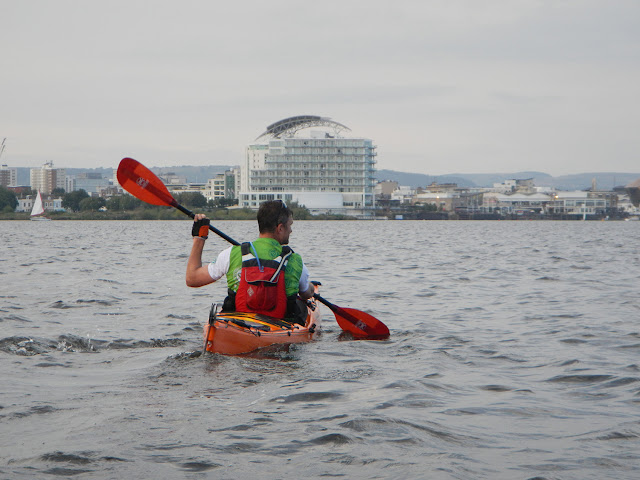 Heading for the finish in a flying V formation. 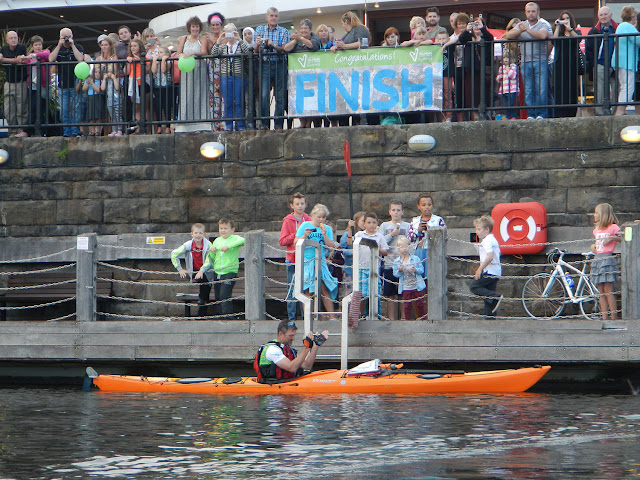 Made it & the finishing event was bigger than expected!
Simons bro was providing the live music that we could hear from the other end of the bay!
All in all there must have been about a 100 people waiting to watch him come home :)
well done dude, you deserved this! :) 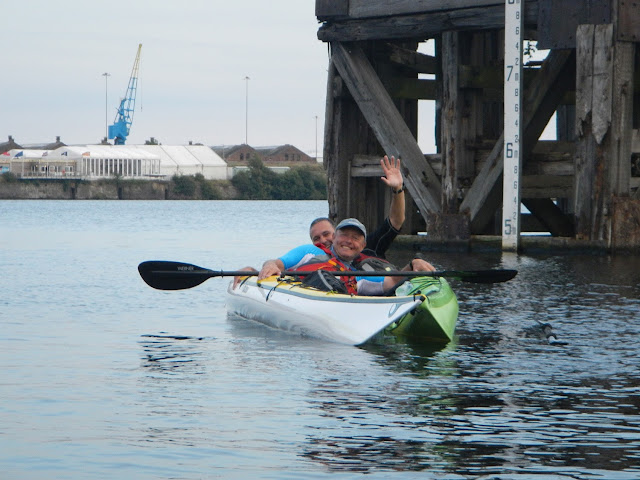 There was a lot of man love going on ;) 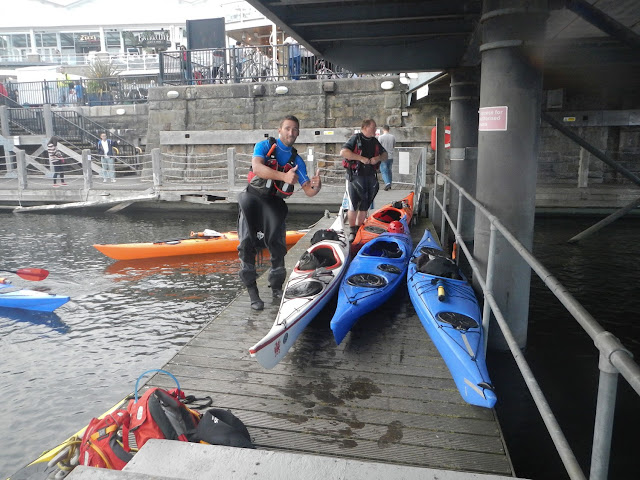 It was a fab event & a fab achievement for Simon. When he approached me with his plans & for advice nearly a year ago I wasn't too convinced he'd make it considering his kayaking experience was limited to short hops in an inflatable kayak.
I know from following his progress that he's worked hard to get ready for this event & his determination & love for Linda his fiance who sadly passed away has got him through this.

If you could make a donation to his just giving page (raising money for Velindre cancer care) i'm sure he would appreciate it, he's certainly earnt it!

https://www.justgiving.com/LookingOutForLinda/
Posted by Taran Tyla at 12:00