On the 8th & 9th of October I will be doing my 4 star Sea Leader assessment with Sea Kayaking Cornwall so I decided to head South a few weeks early & get used to the bloody big surf down here.

Also to do some blogs as I ain't done many trips lately. I aint been sat on my arse though, I've been doing short trips for skills practice & rolling ready for my assessment. 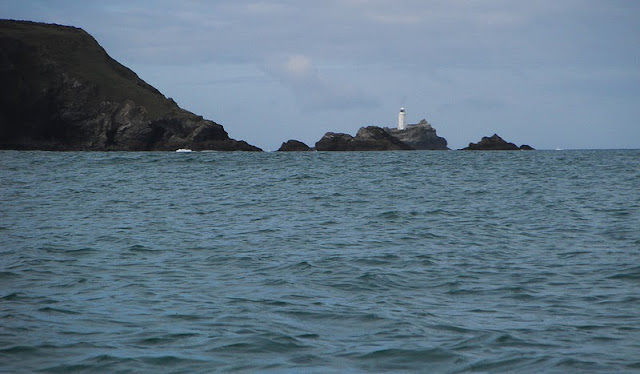 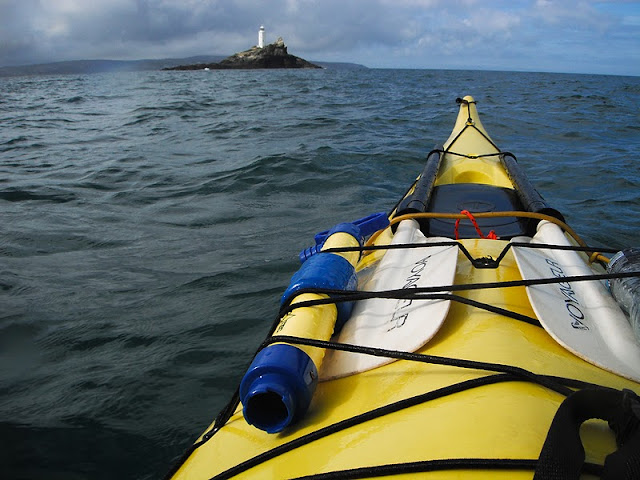 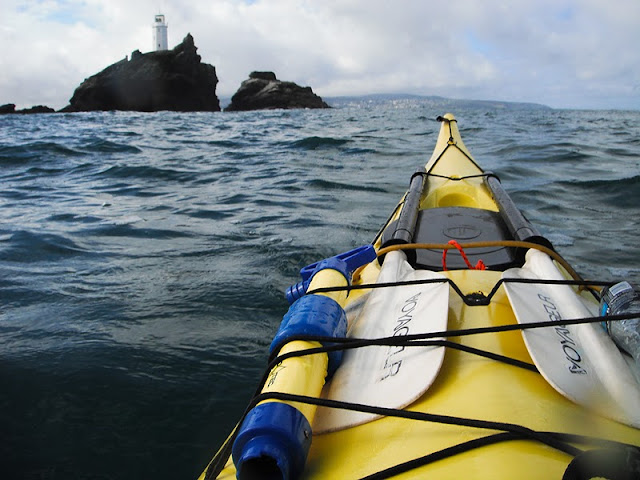 At this point I put the camera away. I could see big messy swell on the other side of the Island, rather disconcerting.
Did I really have to go right around the Island? Hell Yeah!
After a tense few minutes looking over my shoulder for the next swell & also trying not to get too close to rocks I got around though I think I may have been pushing my luck? 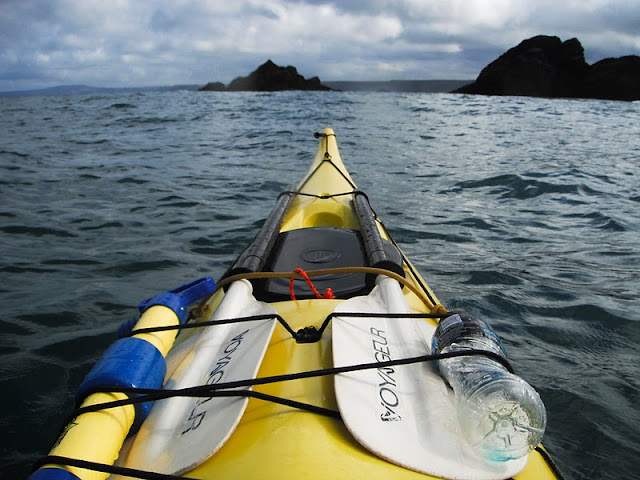 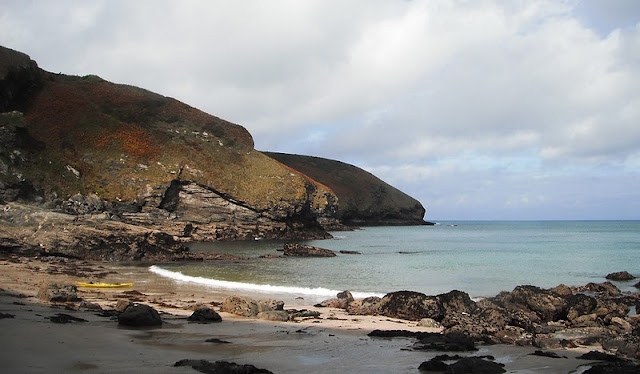 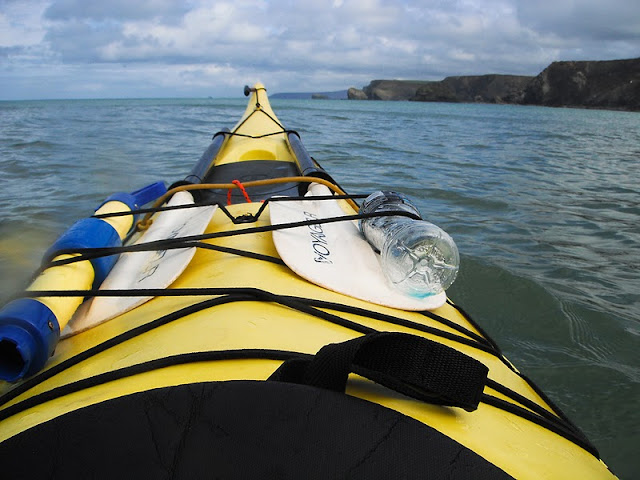 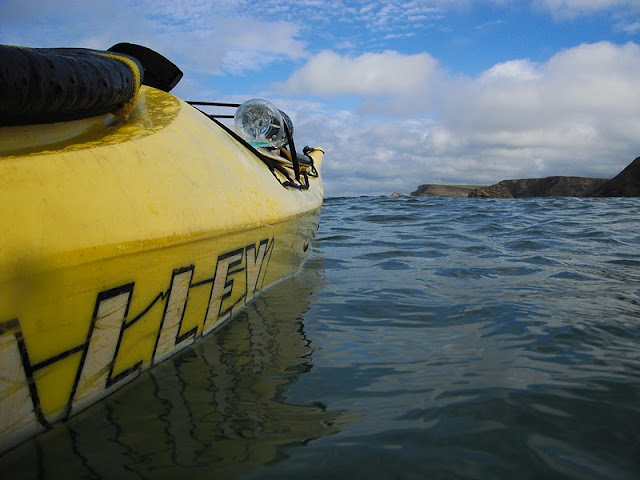 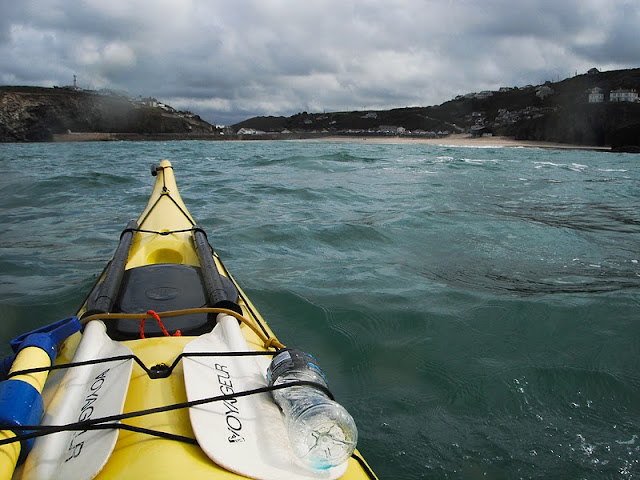 Back at Portreath, hope this don't get too messy 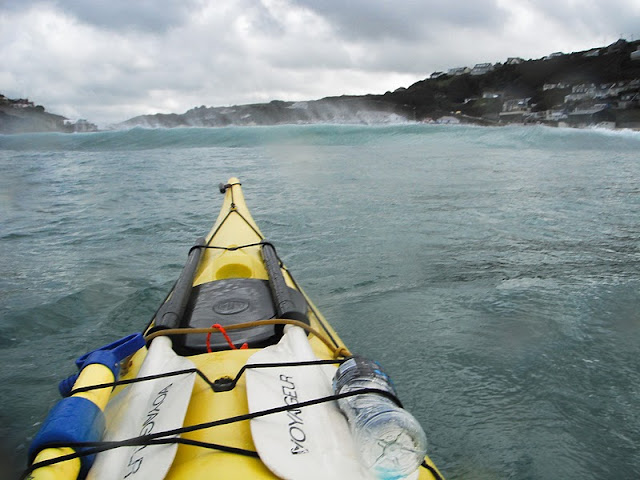 HMMM, looking towards the beach, a stiff offshore wind taking the tops off the waves. Amazingly I went in without catching a wave so I turned back around & played for a bit in the surf.

Hmmm, Project Nordkapp, remember that?
She's been on hold a few months now as I've been a bit busy but my desire to take her for a paddle is given me a kick up the arse.
I've now made & fitted the cockpit coaming & I made it a bit stronger too as I've heard plenty of stories about coaming repairs recently.
Oh, and it looks miles better than my first attempt :)

I've also ordered an 8" hatch for the rear deck, it came with the recess to fit onto my back deck but obviously a flat recess wont fit onto a curved deck so I had to make another recess to fit the recess, so my hatch would be flush mounted. 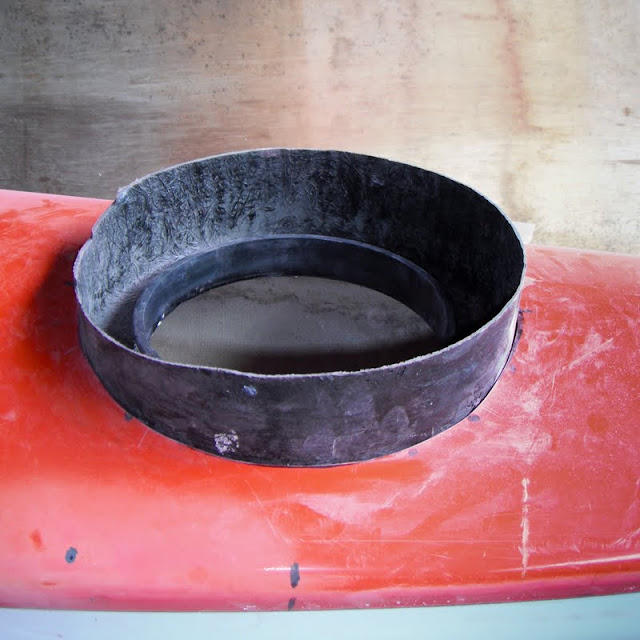 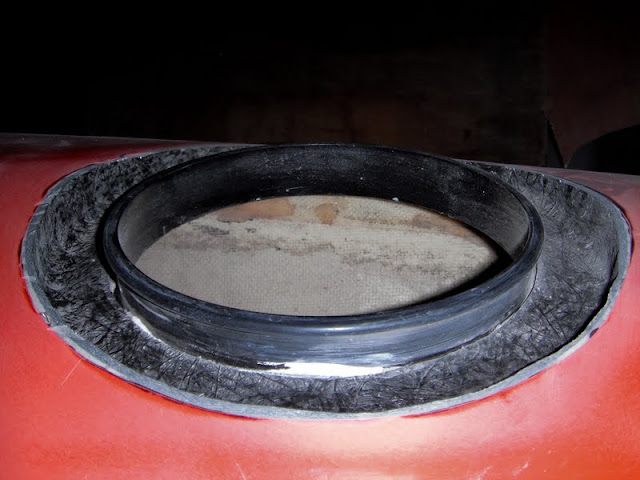 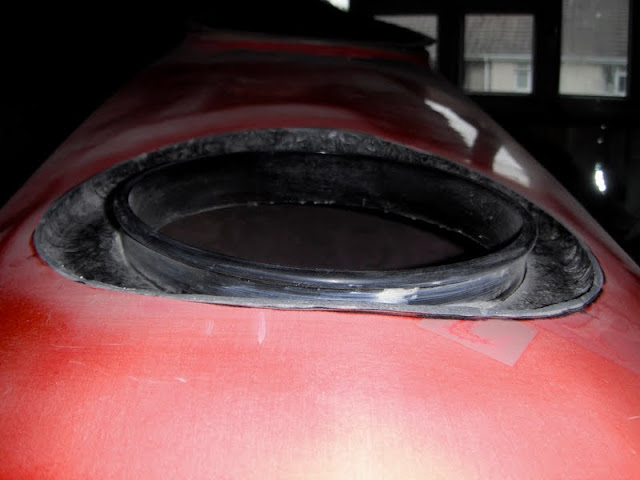 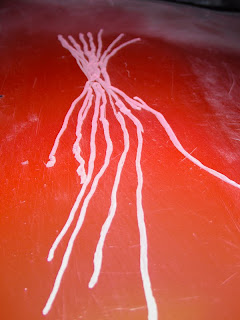 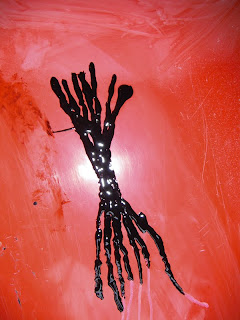 Finally I've started grinding out the cracks in the gel coat (not drawing Cheesestrings) & filling them. This is gonna take some time!

Monday Club with Up & Under at Cardiff Bay again, this time with only Stuart (not may day Stu) & Chrissy. 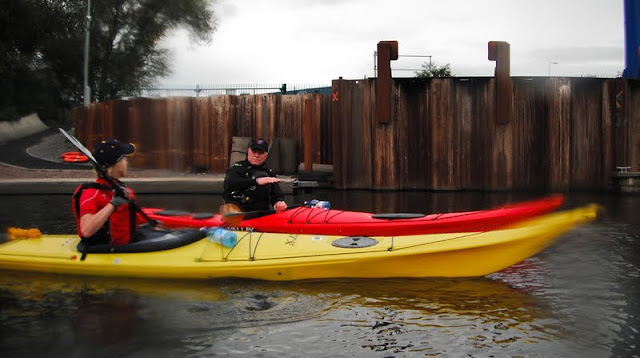 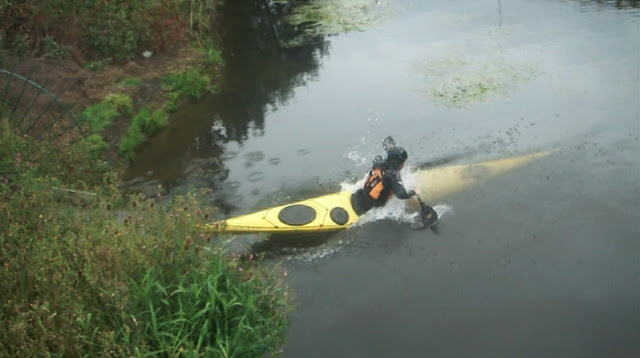 I Tried to pirouette of the ramp but it just wasn't steep enough, good fun though :)

WHOOPS!, How not to seal launch :)

Another short trip as I take Peter from the Glam Boaters (a Different Peter to last weekend) on a confidence building paddle.
I was looking mainly at just building on time on the water though we did do a little work on his paddling stroke (important in a sea boat). Other than that I just pissed about & went looking for waves :) 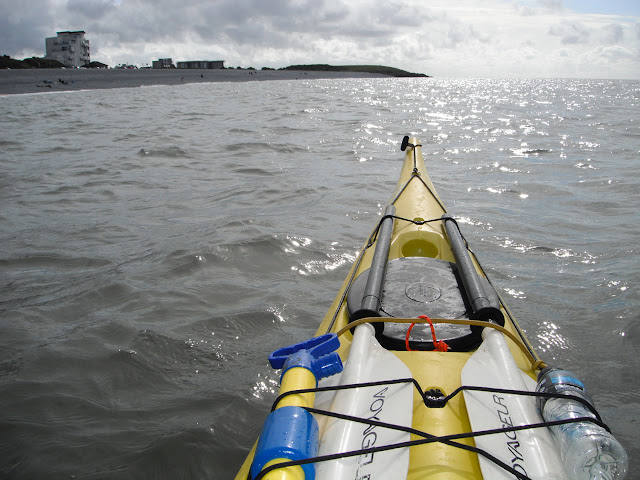 A lovely start, though I had the feeling the conditions would get worse as the wind turned against tide. 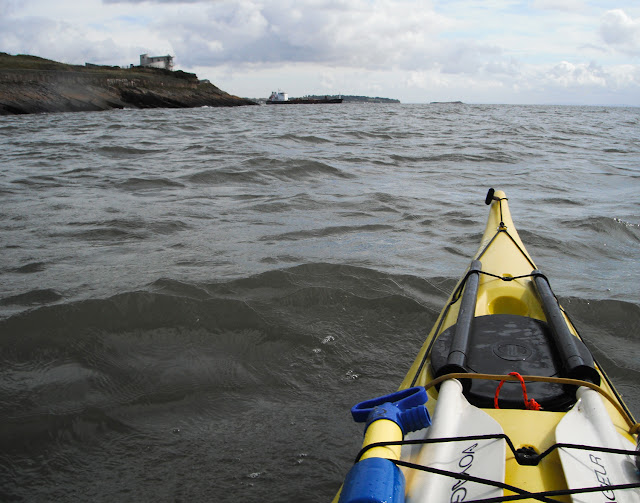 All calm at Nells Point, hopefully this will change on the way back. 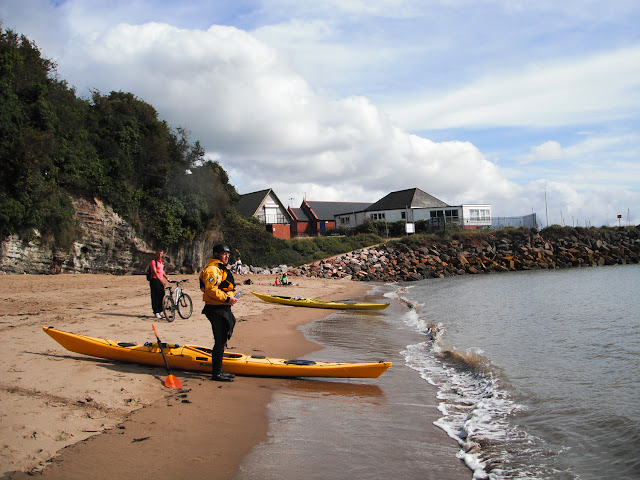 A quick rest and a few rolls at Jacksons Bay. Annoyingly my greenland roll that worked fine in the pool using a Roto Bat wouldn't work for me so I practiced my C Roll instead.
After an unintentional roll on the way out of Jacksons (Pissing about again) we continued towards Sully. 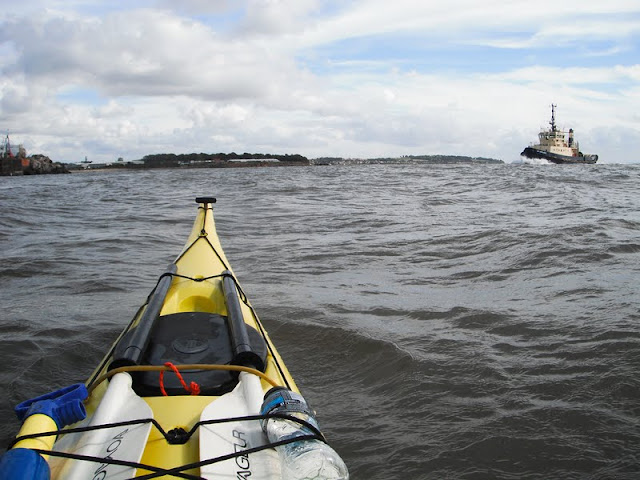 Giving way at the entrance to Barry Dock. 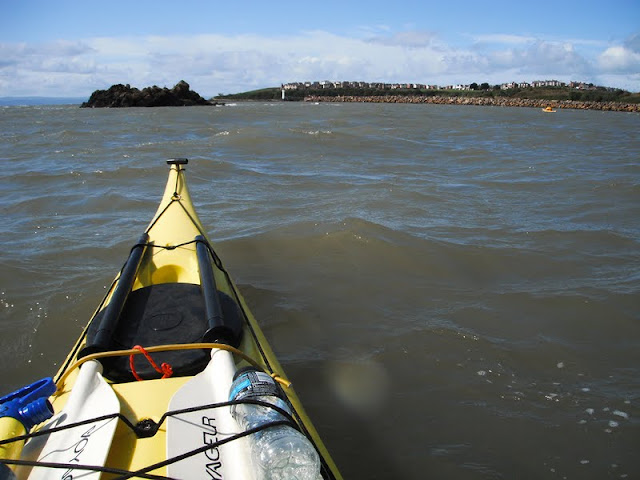 It was getting lumpy at Bendricks Rock & the wind was building & soon to turn against the tide. Predicting rougher water & with a few races to pass I decided to abort Sully & head back just incase it got a bit too big for Peter. I've scared enough Glam Boaters recently (LOL). 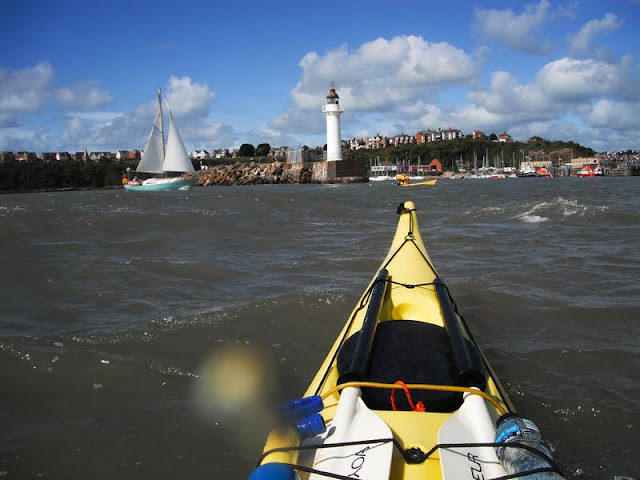 Whilst Peter tried to stay out of trouble closer to shore I went wide & found some fantastic waves to pound through. At Bendricks I went into what looked like a good swell with three waves on it??? never seen that before. 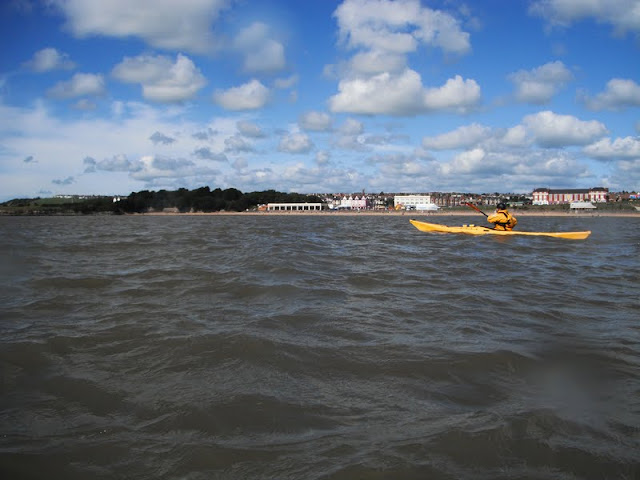 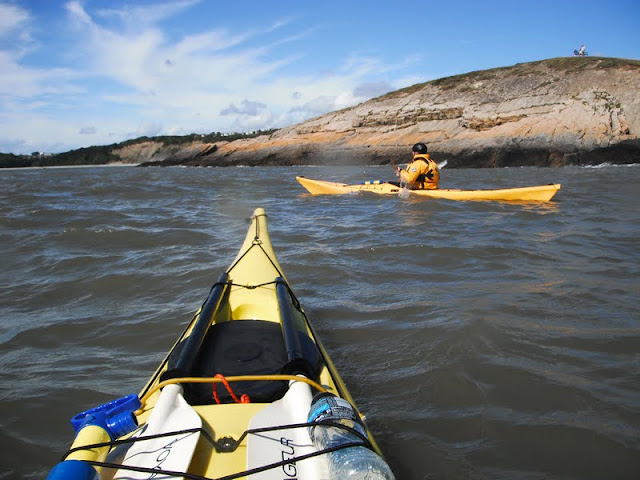 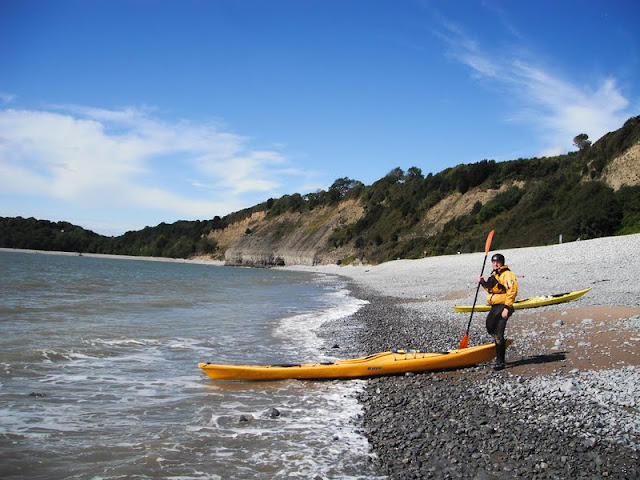 Apart from some fun at Bendricks, Nells Point & Friars Point it was surprisingly calm on the way back (Grrrr). It was a good paddle & Peter did great & seemed to enjoy it too.
Time for a coffee ;D