I arrived at Sully in Adorabella, my new ride, with the intention of working on my vectors. I could have prepared them at home but thought it better to do it at the last minute & at the beach. See how well I really know this stuff.

I didn't get off to a great start as my carefully prepared tidal plan was left at home, whoops. Not to worry though, the causeway at Sully Island had just covered so it was 3 hours before high water. I could still remember my 50/90 calculations so as the tide was currently at 100% & was going to drop off in the hour & 20 minutes it would take to get to the Island I settled on 1.8 knots of tide & arrived at a bearing of 157°. It looked far too shallow an angle but I was going to stick to it & see the result. 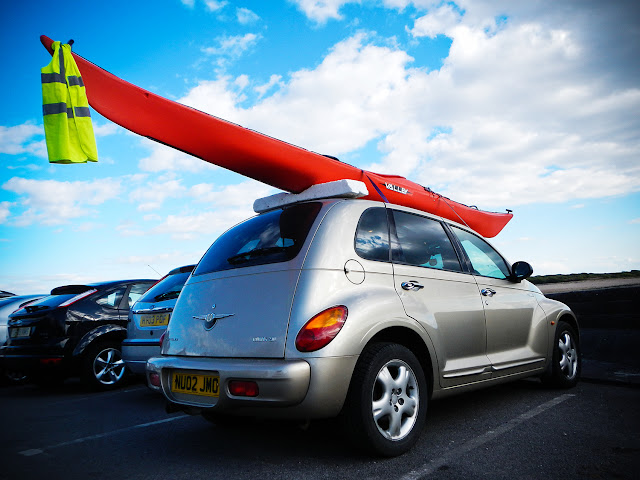 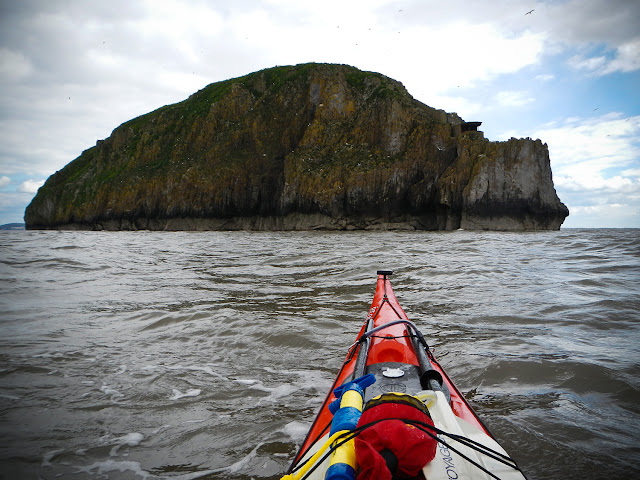 An hour & 15 minutes of stringent bearing following later & this was the result, about 80 metres shy, not bad at all :) 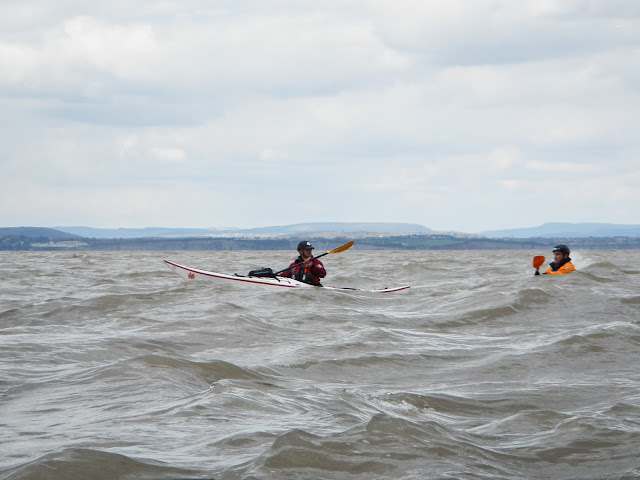 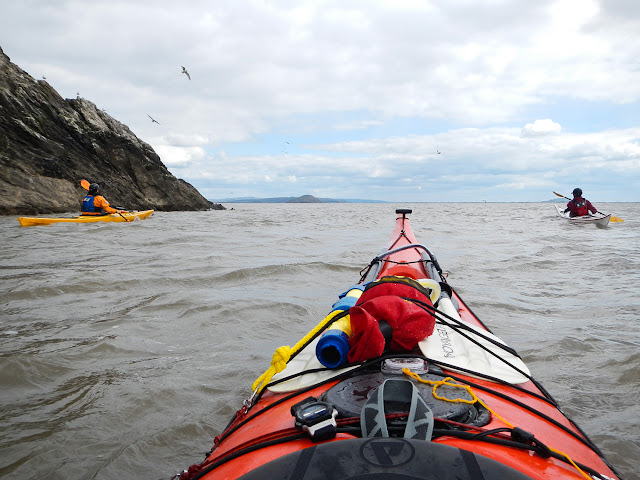 Before entering the contrasting calm on the South side of the Island. 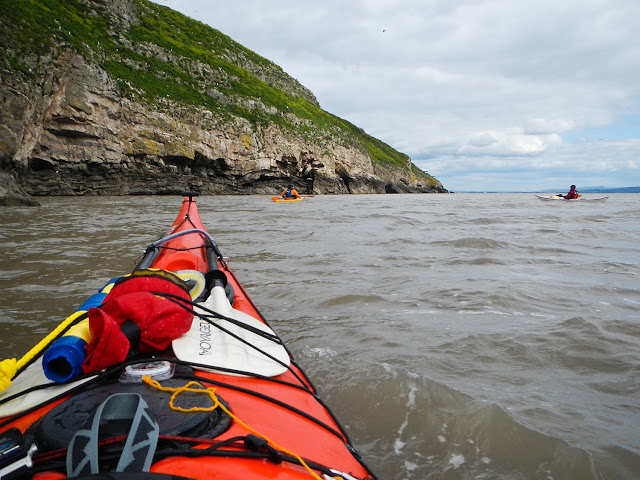 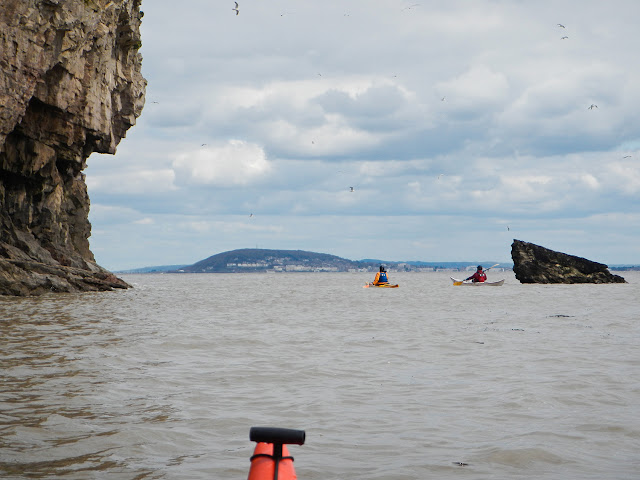 After a brief rest & some chockie we carried on to Flat Holm, avoiding the traffic on the way. 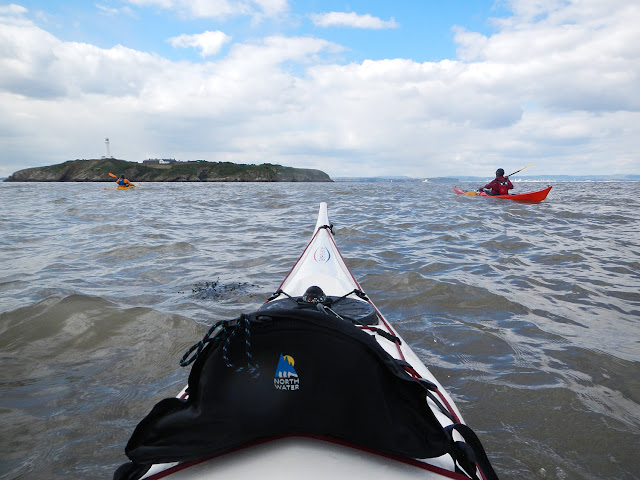 I'm playing in Stu's boat while he try's out the Etain :) 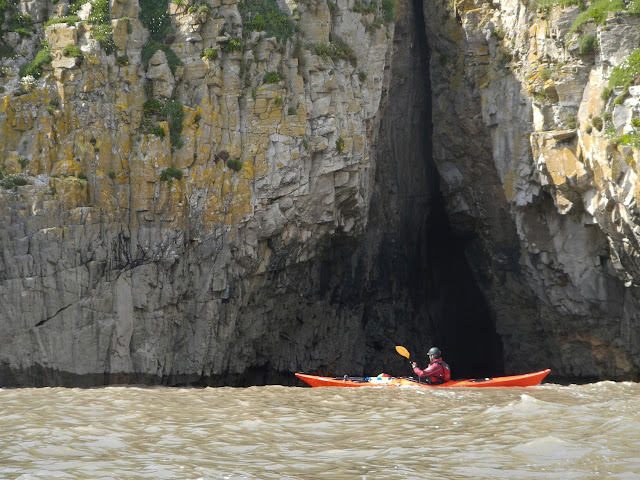 Always up for a cave opportunity. 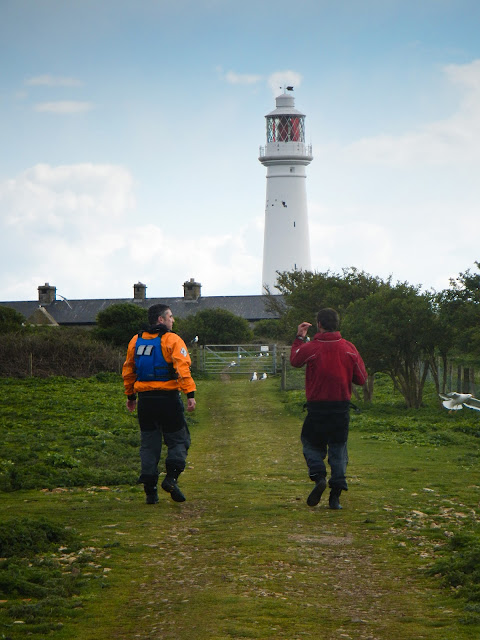 Time for yet another walk on the Island, I've been here loads of times already this year, think I better buy some lodgings :) 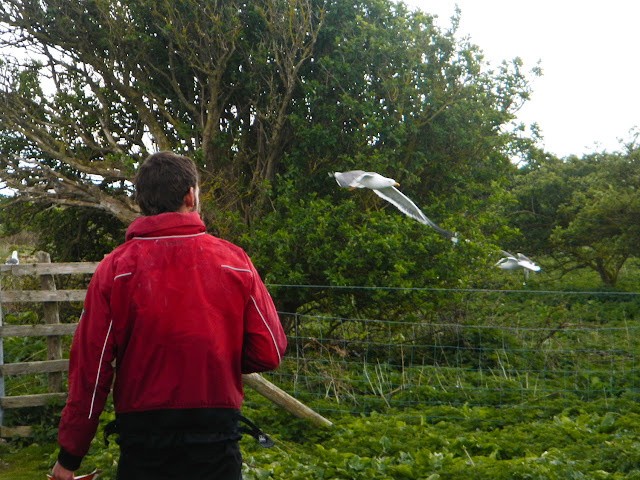 Of course these are the real occupants of the Island. 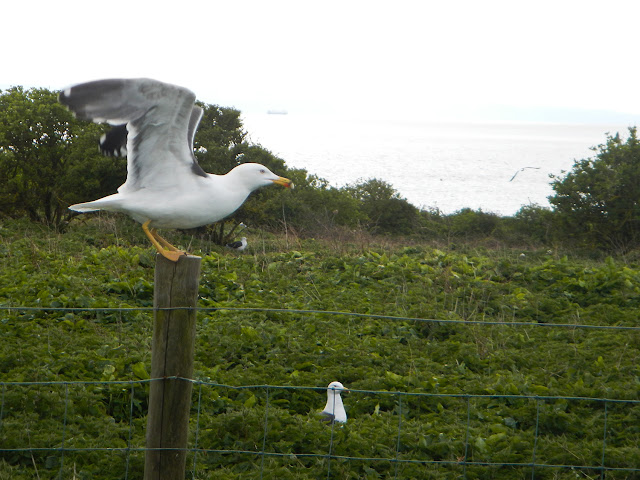 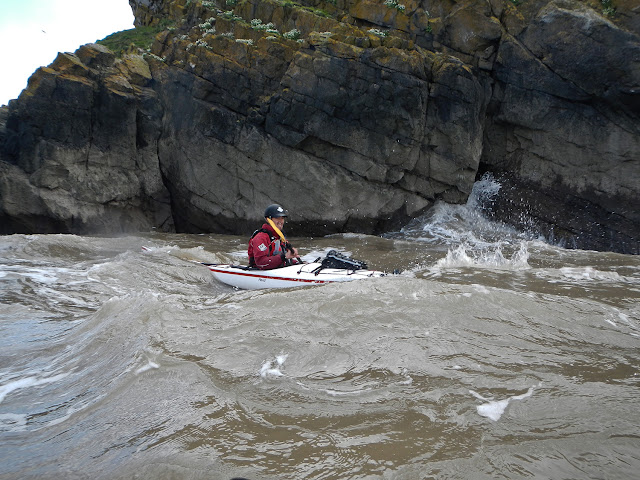 Then time to head off & shoot the gap at Church Rock. Stu first. 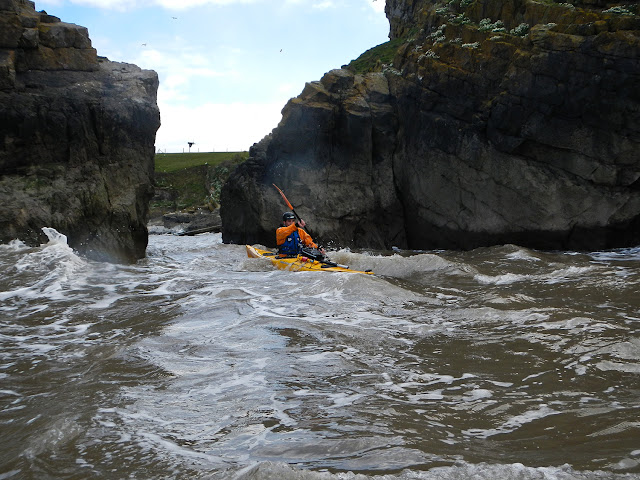 then its Marcus' turn.

And after some initial choppiness we had a gentle paddle back to Sully. 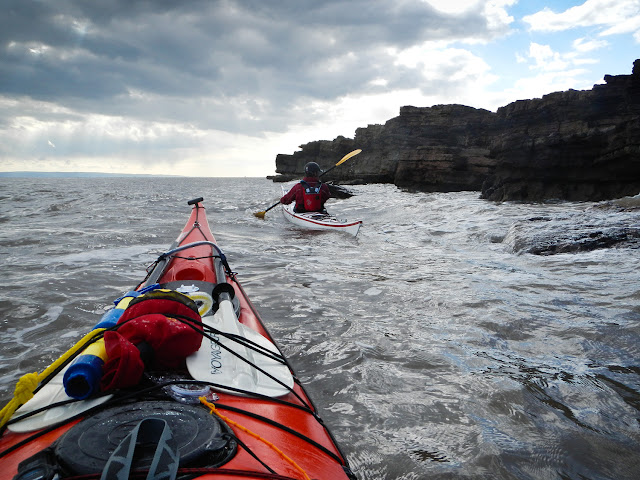 Where I suggest going around the Island for some rock hopping. 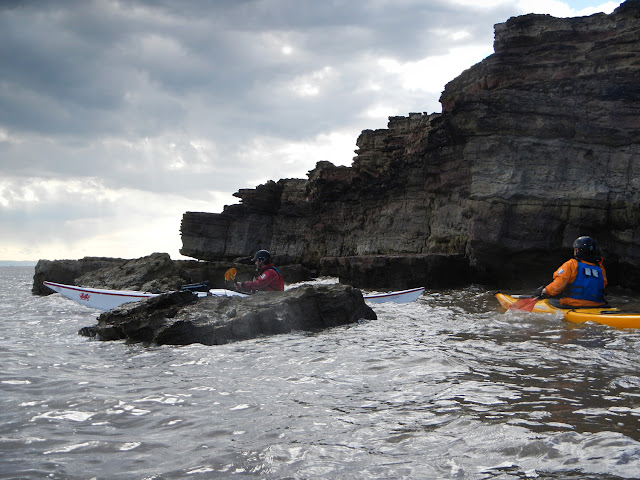 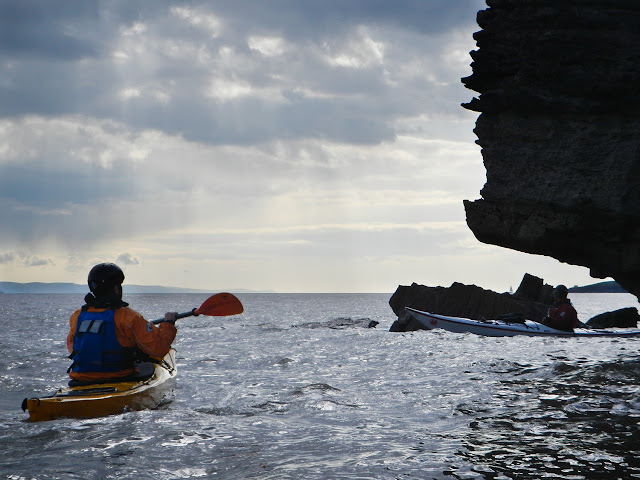 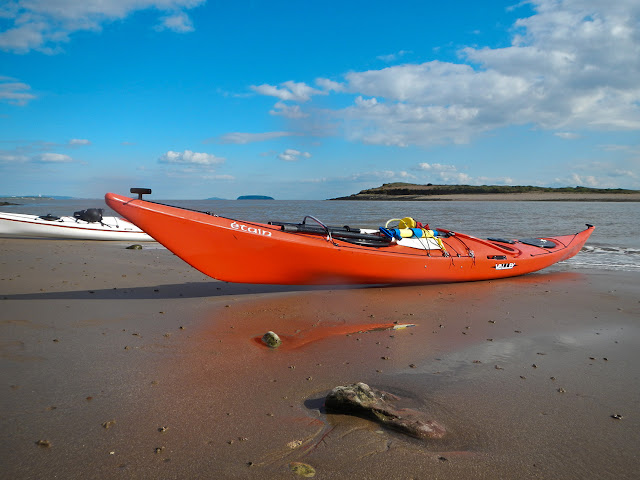 Back on the beach & the sun finally comes out. I think we all really enjoyed this one & it was great getting Marcus out to the Islands for the first time.
Another virgin broken in ;D