Holm For The Night... 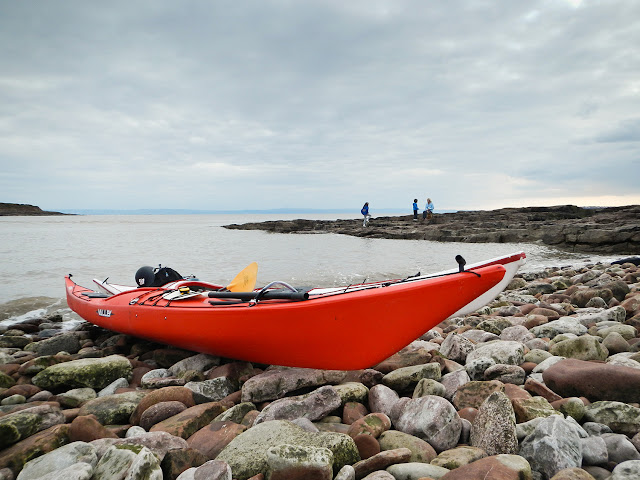 Back at the familiar setting of Sully Island for another adventure, quite small really but something I've wanted to do for ages, camping on Steep Holm Island. I manages to rope Stuart in too :)

Leaving Sully about 17:30 we head straight for the race off the West Side of the Island for a quick play before settling into some miles. 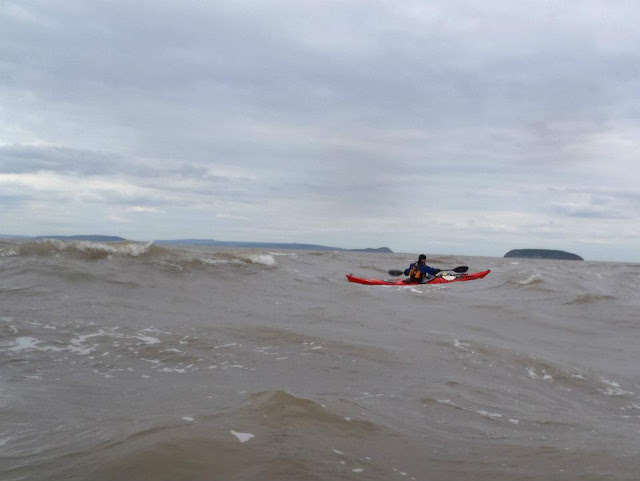 It was a lively crossing. Pic by Stuart.

Seemed to take ages to get here as there was a lot off current flowing making us use a wide ferry angle.
As we got further out the wind kept increasing too & it was bloody chilly. 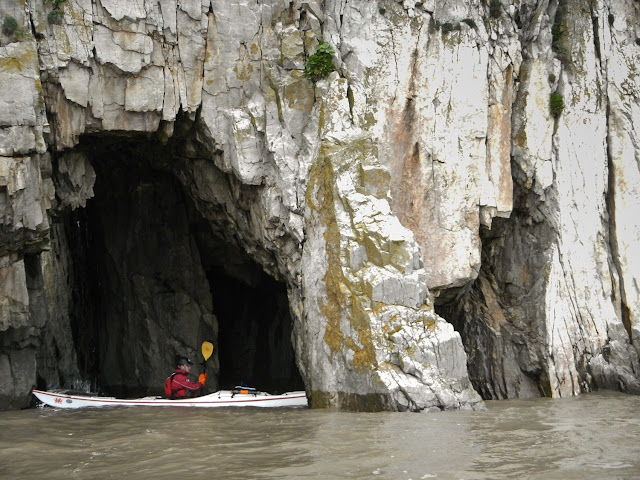 We hid in the lee of the wind for a bit to chill out. No need to rush now :) 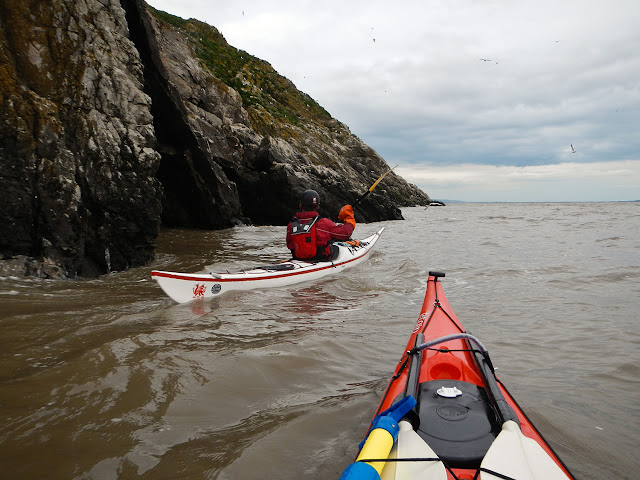 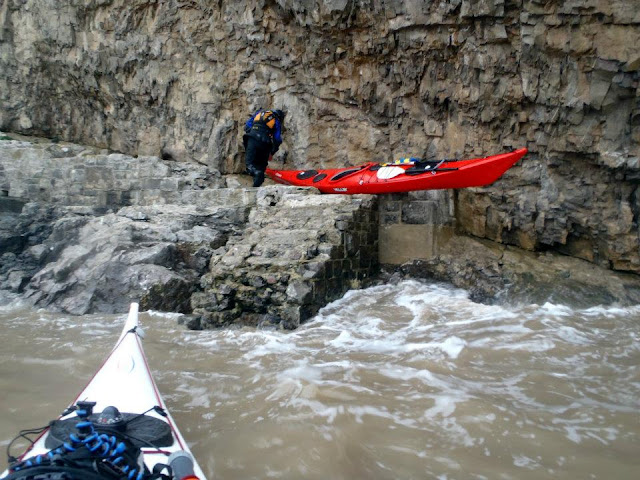 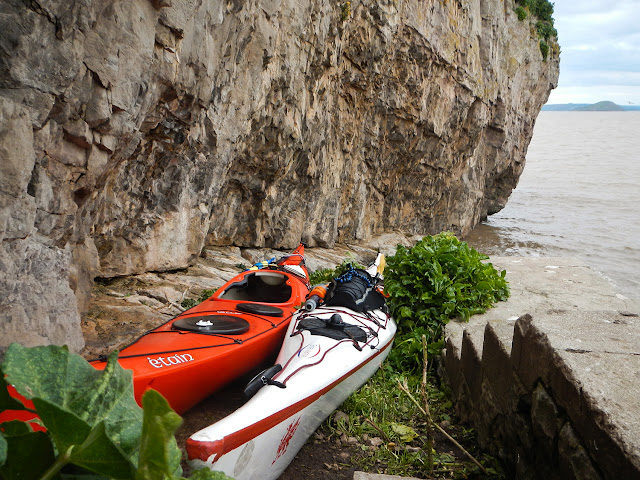 We chose to land on the smugglers entrance to the Island which was bloody tricky with fully laden boats! I must get myself a glass boat so I no longer have to be first in, last off on tricky landings. 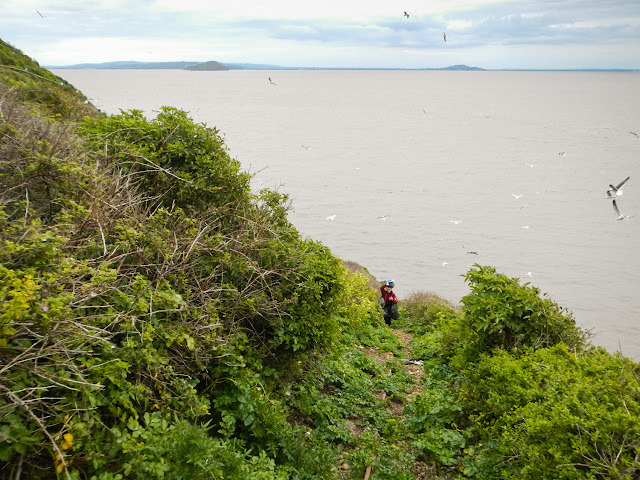 Once ashore it was a case of evade the projectile poo & look where your going as there were Seagull eggs everywhere. 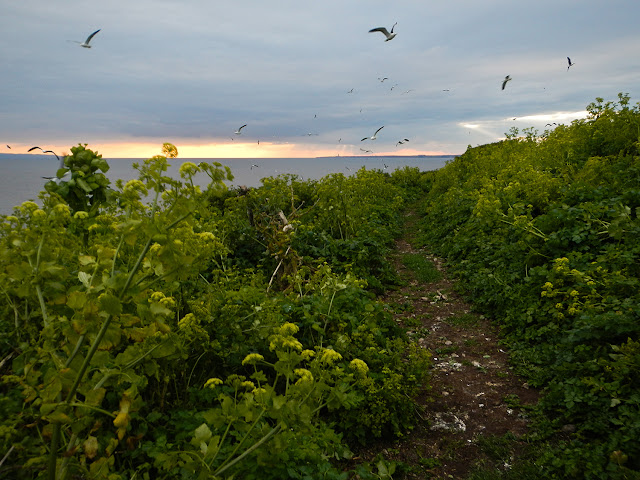 This is their domain but evan here their numbers were surprising. 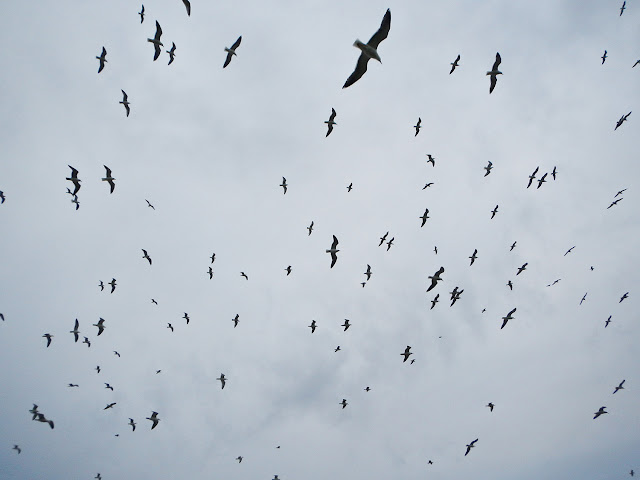 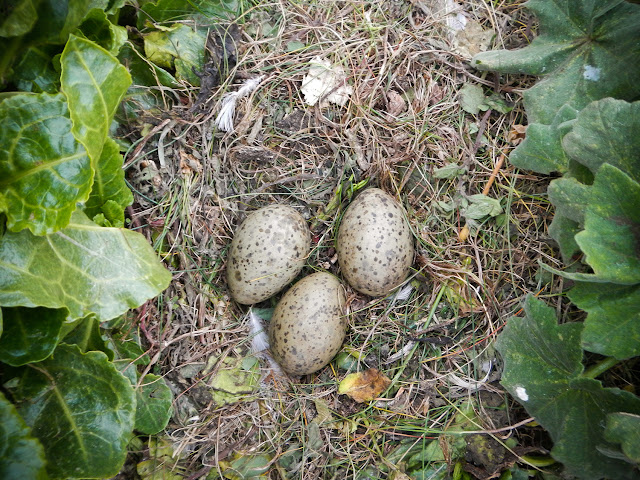 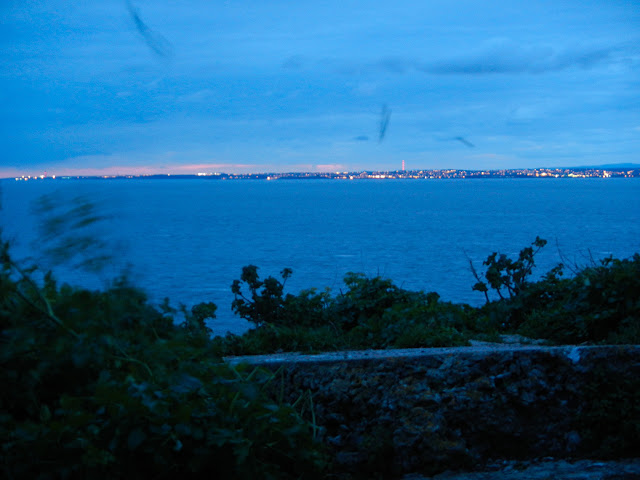 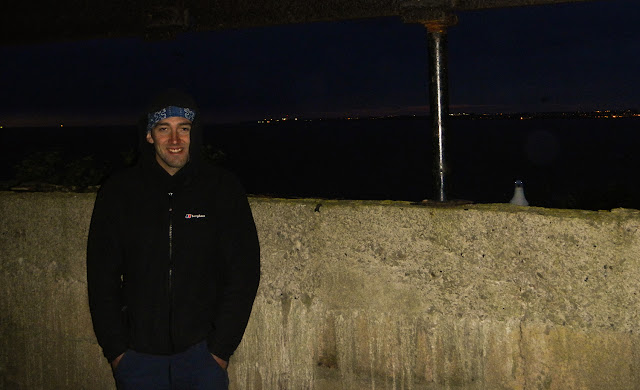 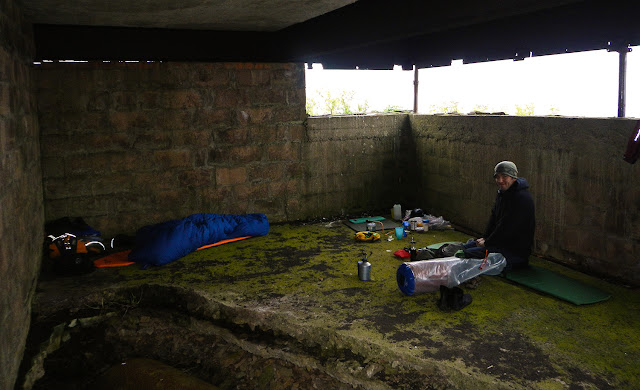 Gonna live like tramps for the night. It was actually pretty cosy.
During the night I couldn't help grinning at the racket the Seagulls made, apparently they don't sleep. 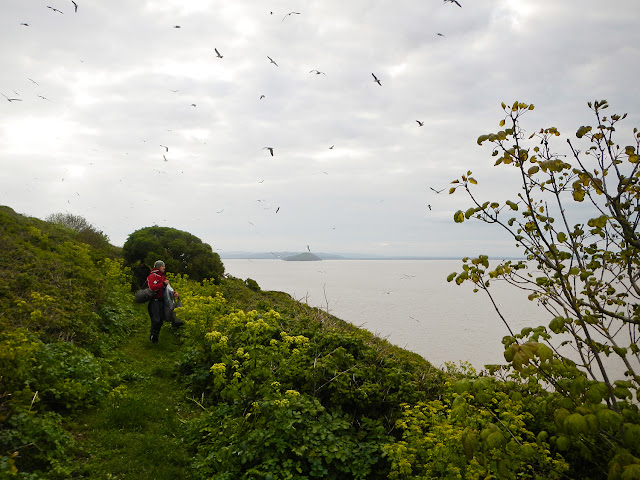 Leaving in the Morning I think Stu was keen to evade the Warden as your not sposed to land on this island, never mind camp on it ;D 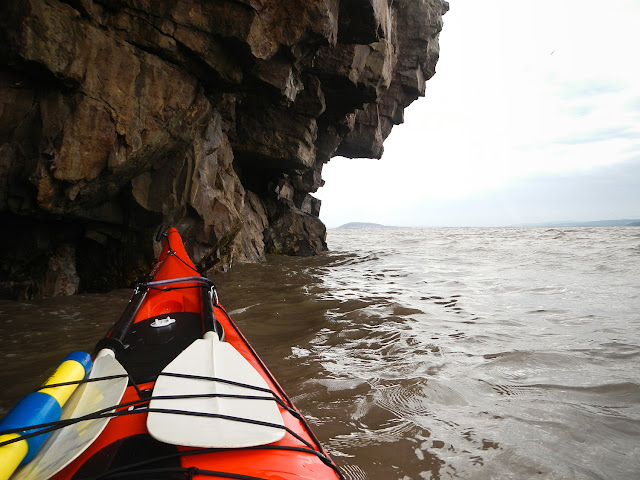 We pushed off into lovely calm sea's. 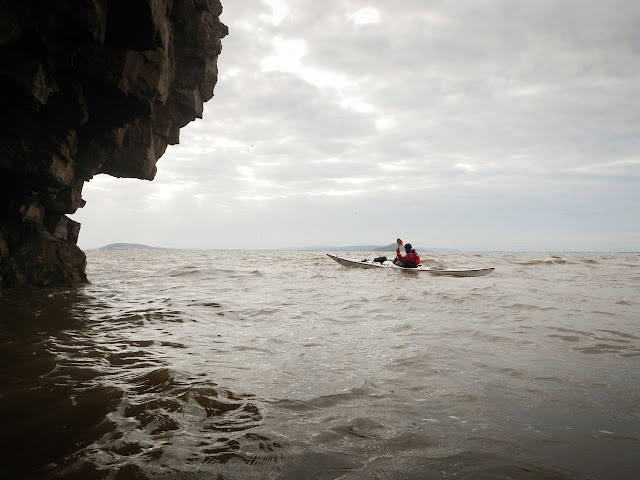 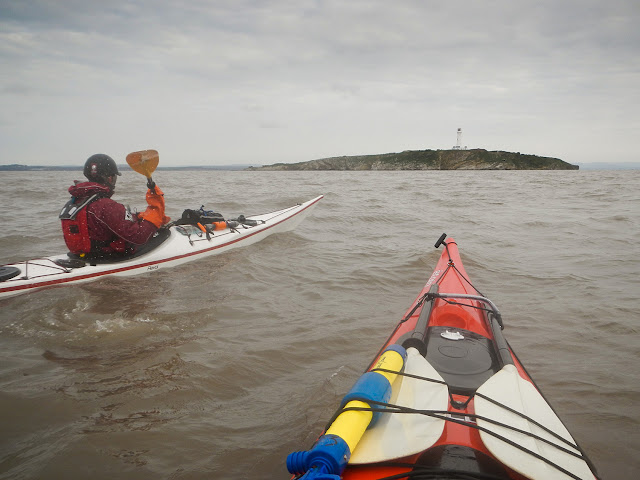 And settled into a very lazy crossing to Flat Holm at slack water.

Finally hitting some tide as we approached our landing spot. 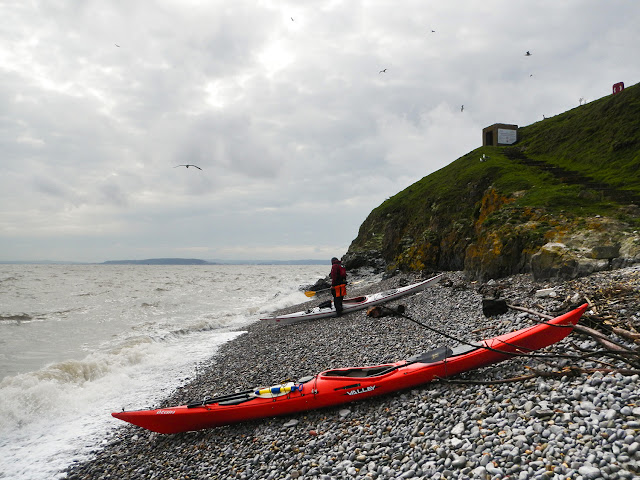 Stuart took a swim trying to land but I wasn't quick enough with the camera. 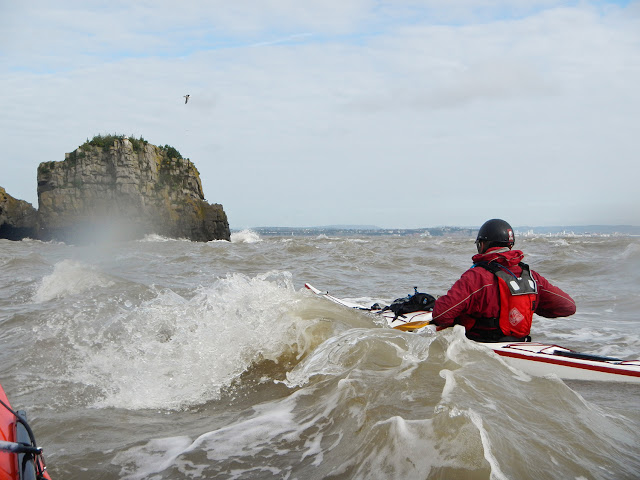 Back underway & it was pretty lively & the tide was now ripping along. 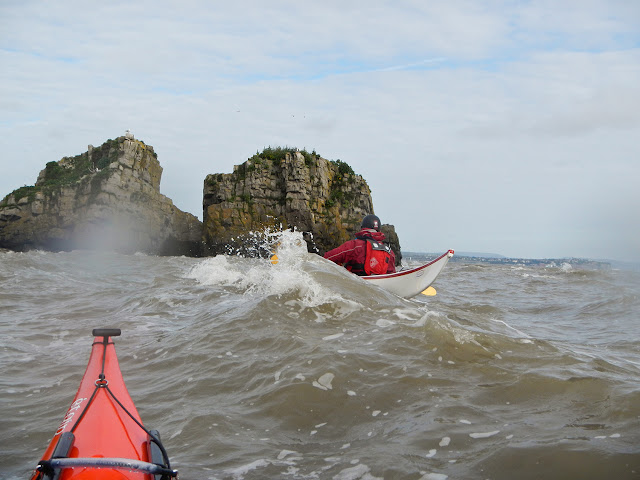 It was going to be a steep ferry angle to get us home but at least the sea was calm just offshore off Flat Holm. 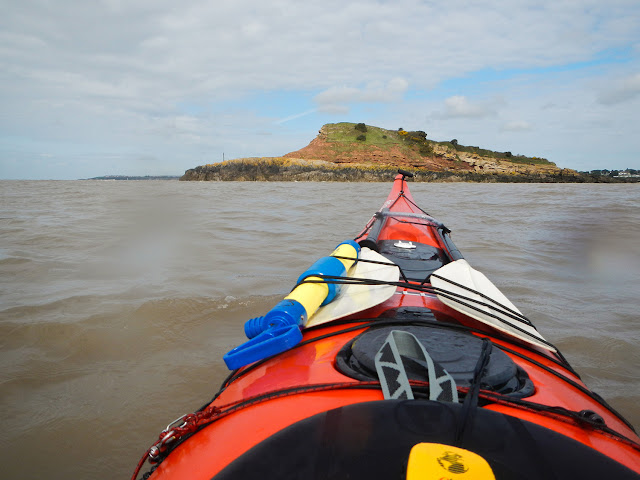 It was indeed a bloody long slog getting back, who needs to skull a kayak when you can easily paddle sideways on the Celtic Sea :) 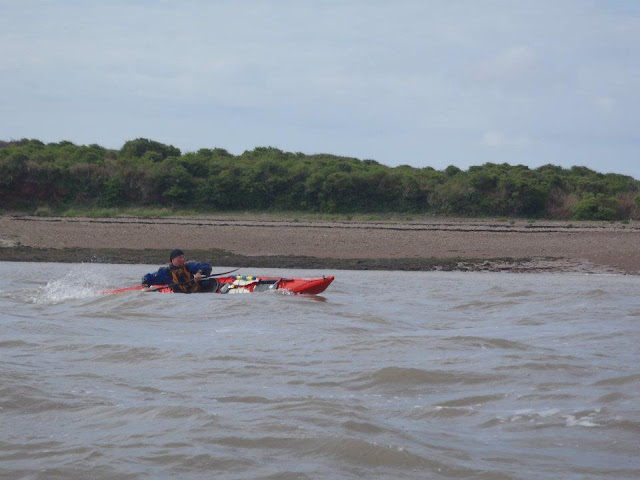 A quick play & a surf on some waves that had developed on Sully Causeway before we head in & dig my camp stove out for a cuppa.
Another dream realised & two this week, not bad at all :D
Posted by Taran Tyla at 15:08