Whichever way I look at it theres no escaping the fact that theres a distinct lack of sex in my life at the moment. Reluctantly accepting fate as a somewhat unwilling monk however does leave me plenty of time for paddling & where better to go than a pilgrimage to the Monkstone. 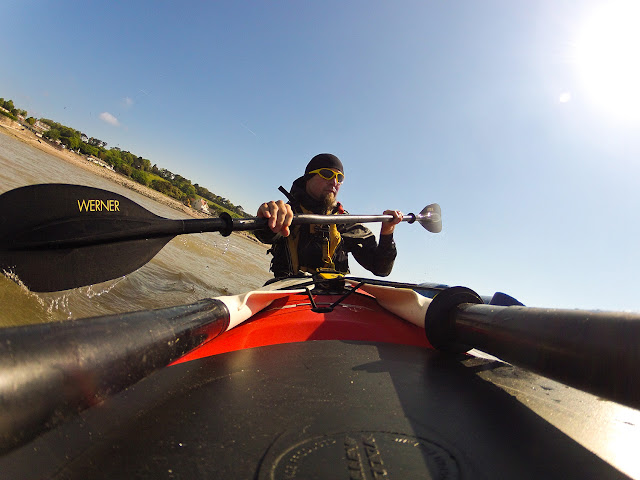 Setting off again from Sully. 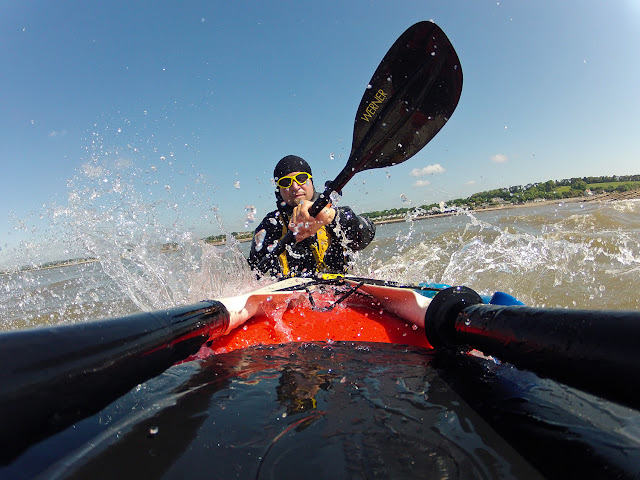 And straight out to the race on the West side. 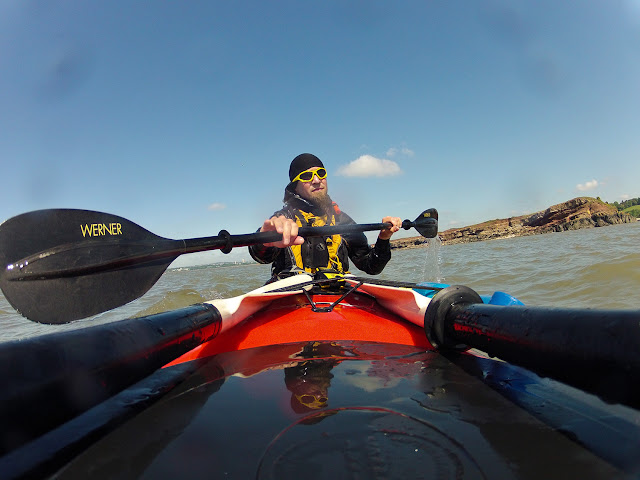 Before leaving the Island behind. 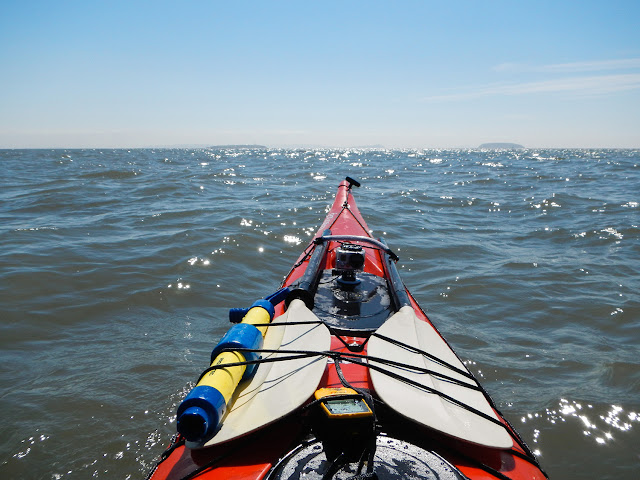 And starting the 4 mile crossing to Flat Holm, again :) 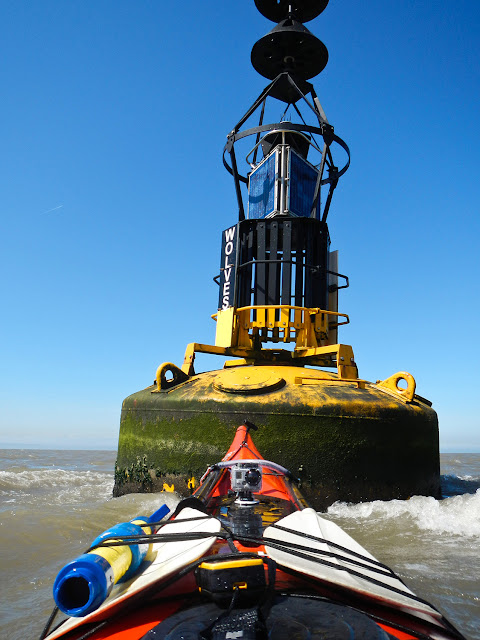 I was quite conservative with my guesstimate ferry angle & was far too close to the Wolves, oop's! 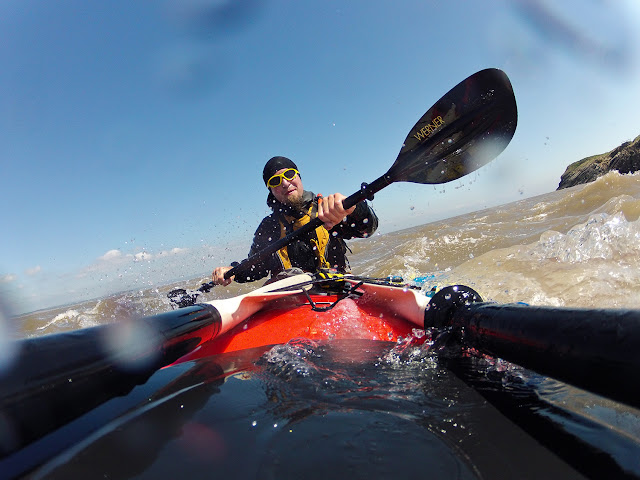 I did however make it to Flat Holm without any probs & headed straight for the race as I wanted a play. 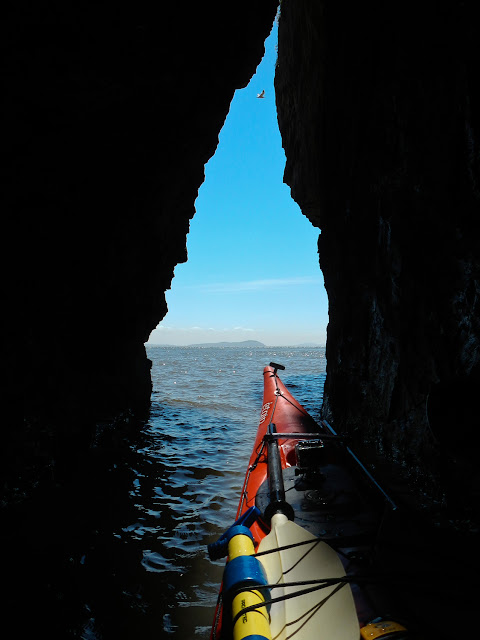 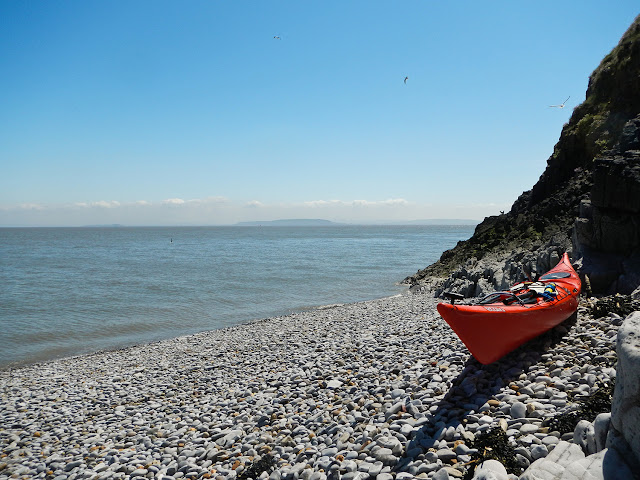 Before Landing for a chillax. 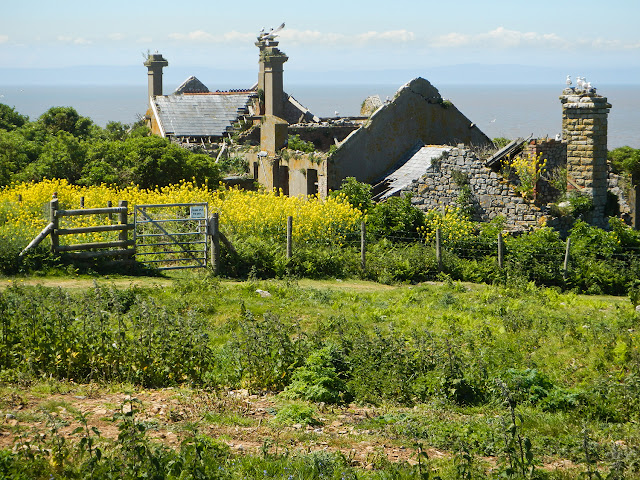 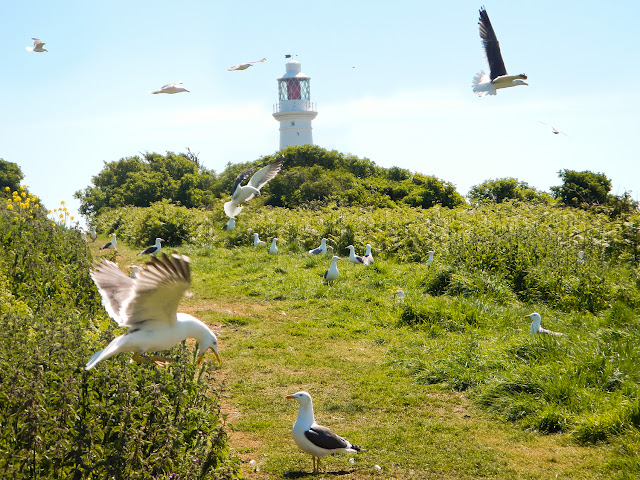 I was trying my hardest to avoid getting shit on :S 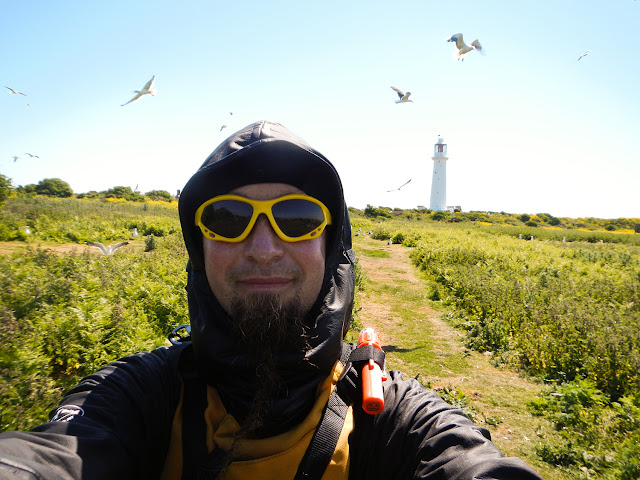 Hood up, head down, thats the way. 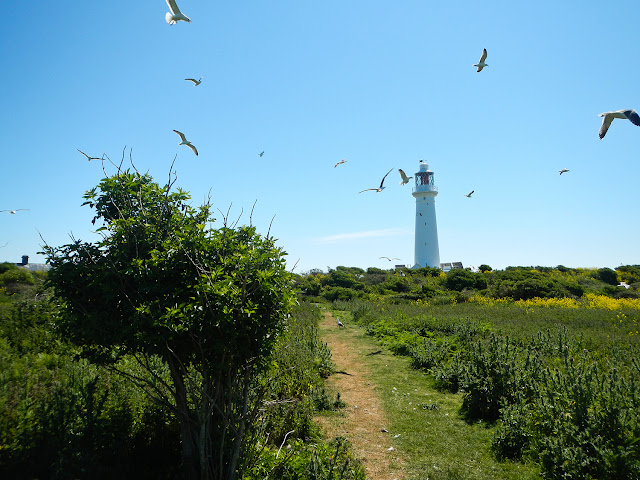 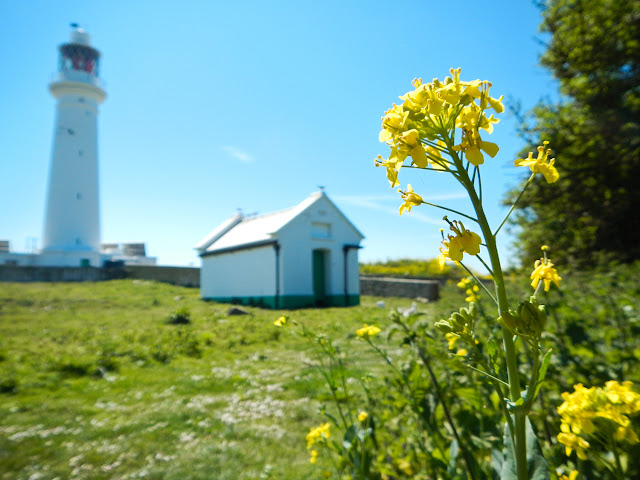 The flowers were in bloom everywhere on the Island. 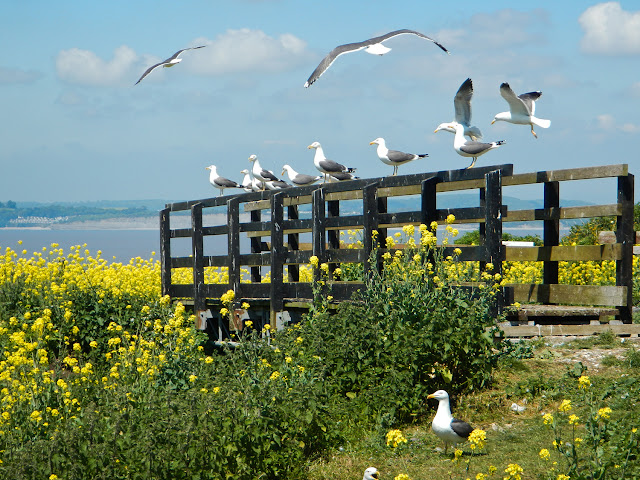 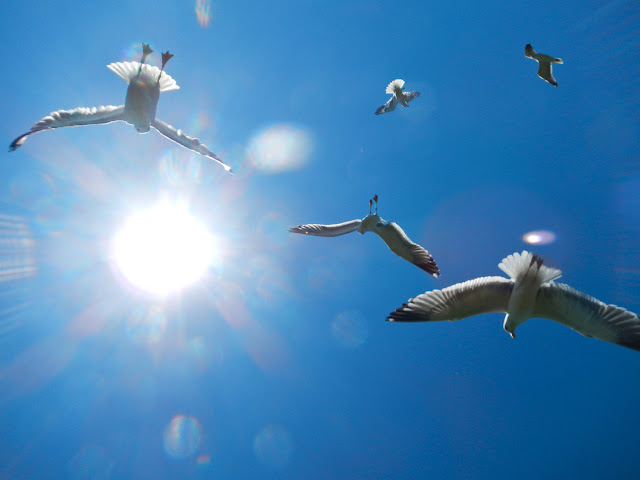 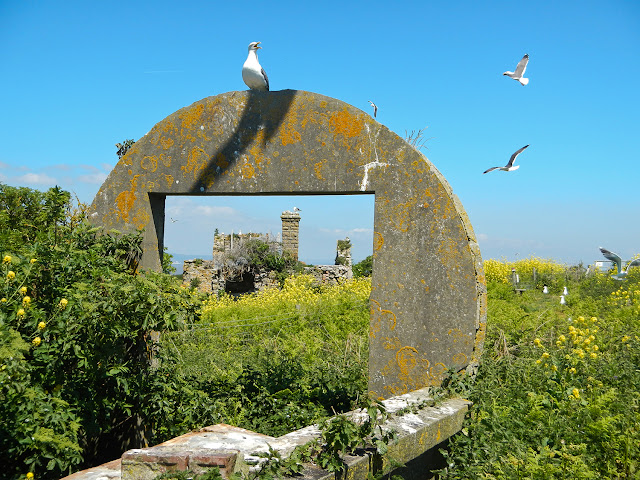 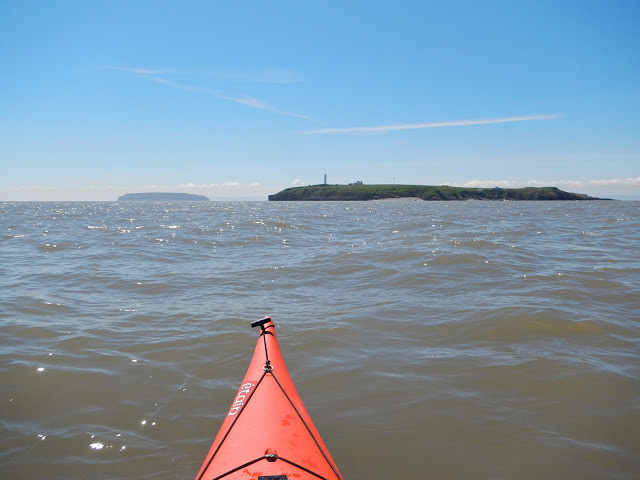 After a fab half hour I left Flat Holm & made my way out to Monkstone some 3 miles away in the middle of the Bristol Channel. 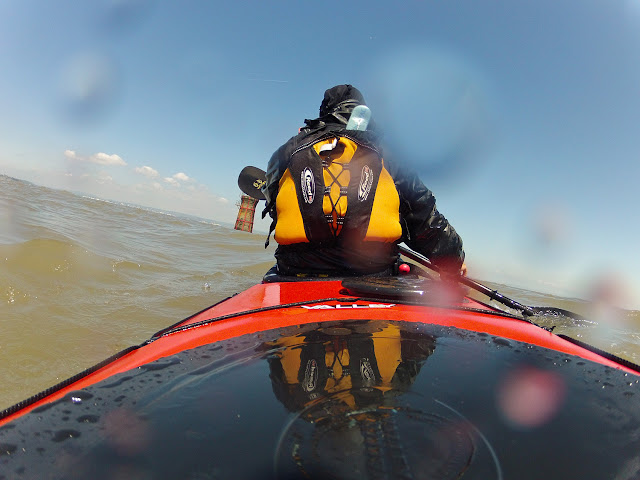 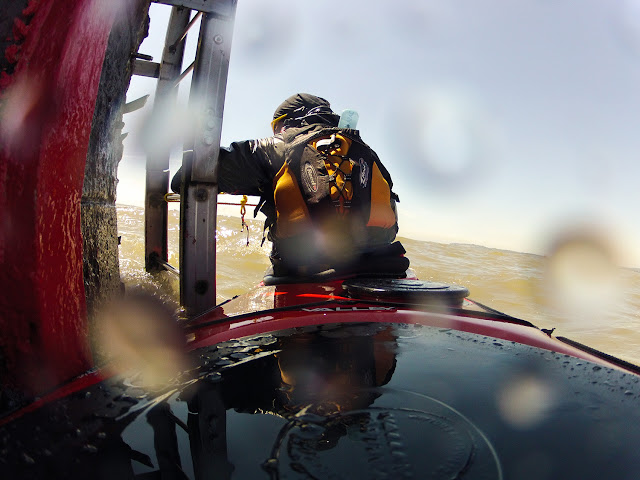 And a tricky landing. I tied a loop in my throw line to make a short teather before scrambling up the ladder. 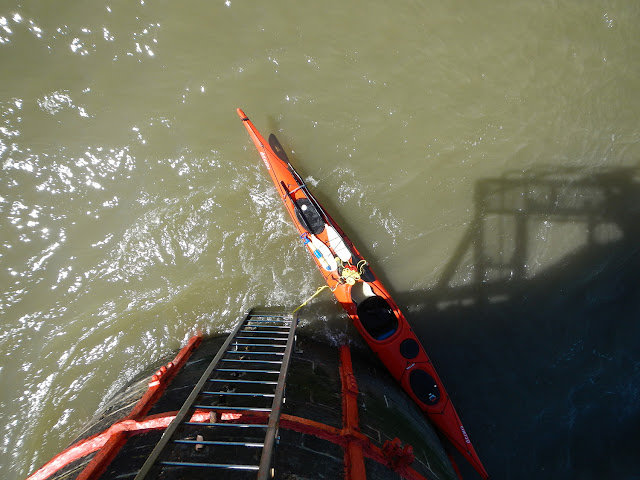 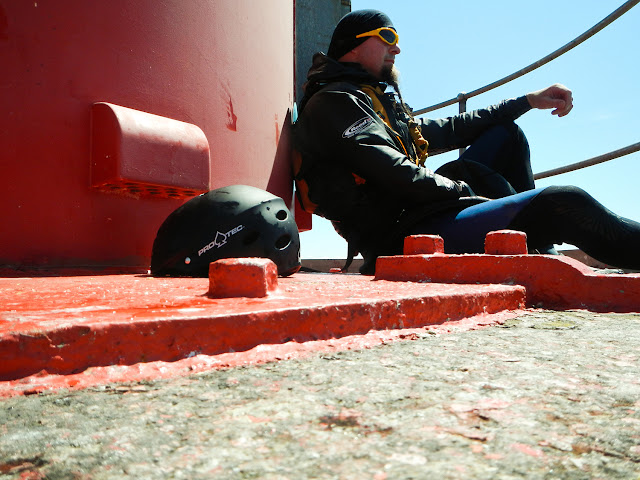 Chilling on the top of the lighthouse. Its a really special place this & I still have to pinch myself when I'm up here. 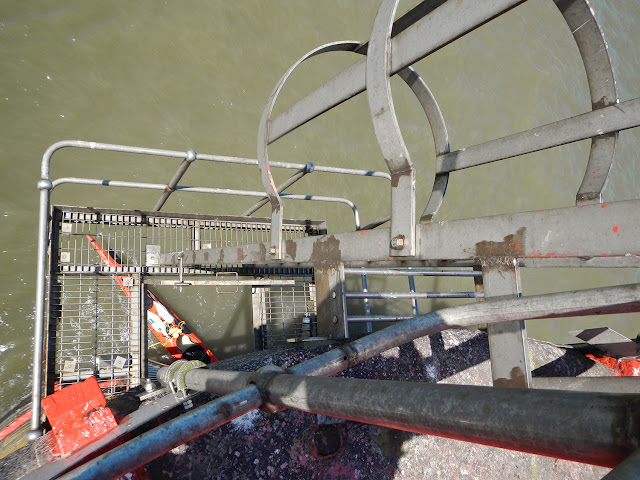 But the scary climb back down brings me back to reality. 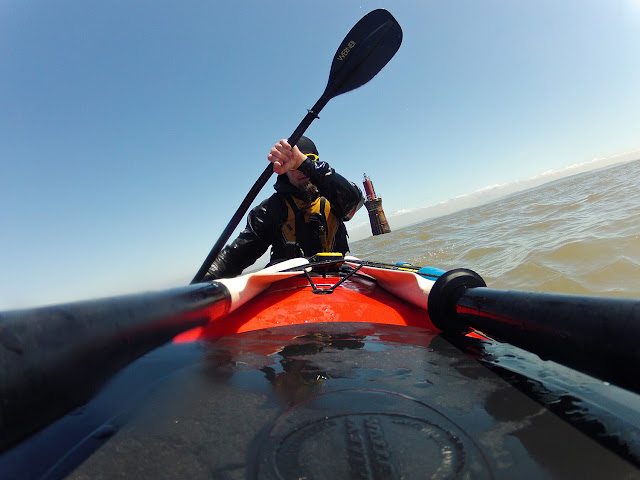 Back underway & starting the 3 mile crossing to Lavernock Point. 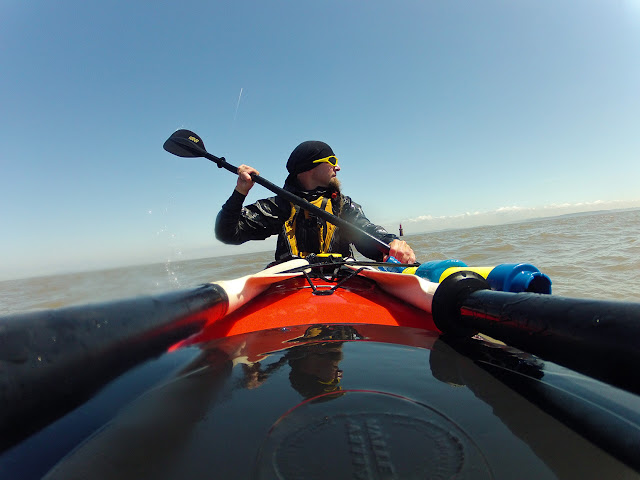 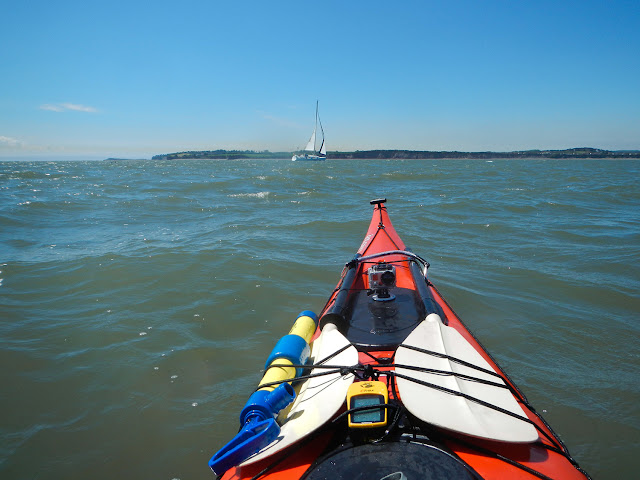 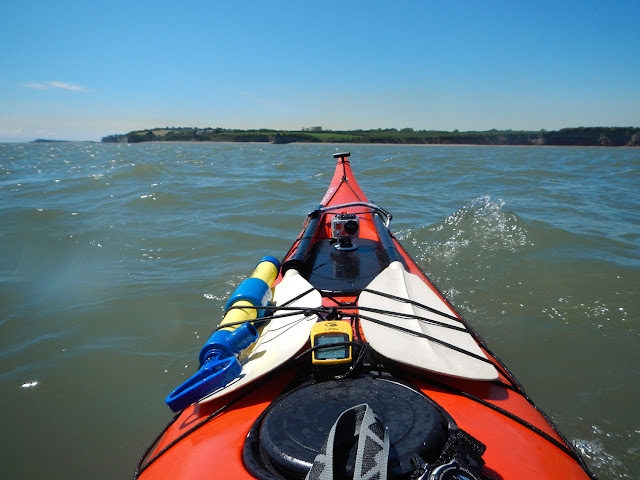 Nearly there. I was hoping for a play in the Rannies race but it was rather feable today :( 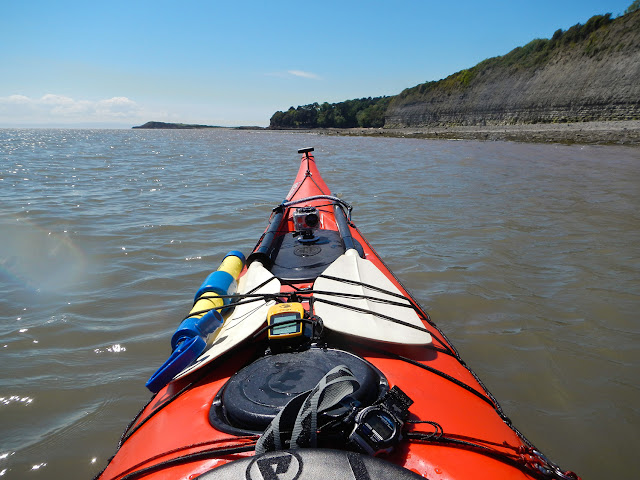 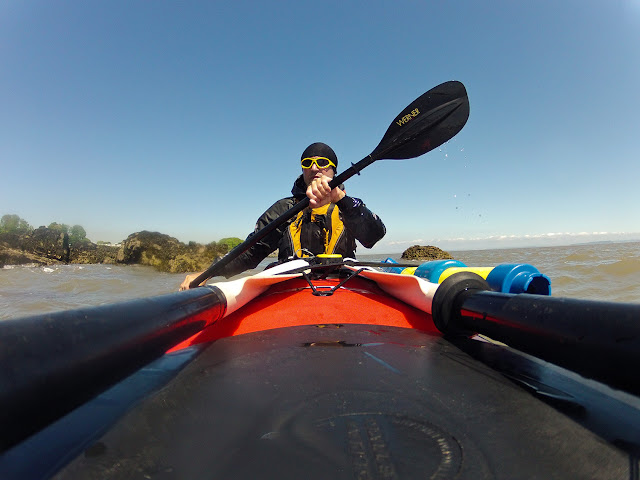 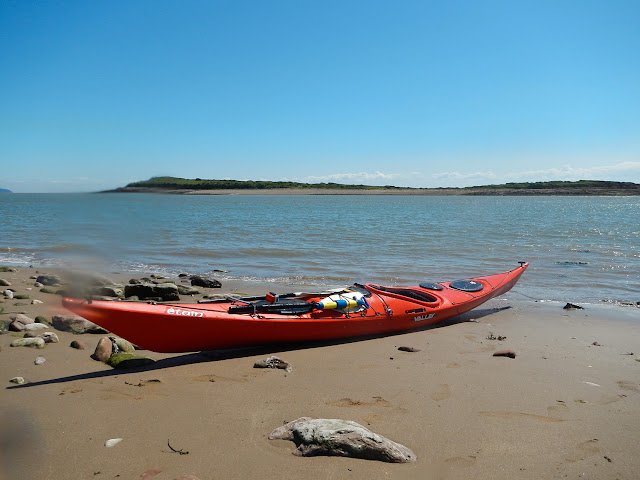 Well knackered at back at Sully. The last couple of Miles from Lavernock were into a headwind. I cancelled rolling practice & went for a chillout on the beach before heading home :)
Posted by Taran Tyla at 21:16