Freezing! Thats my lasting memory of this trip, bloody freezing!
I got a call off Andy the club coach to see if I wanted to do a short paddle on Sunday? Does a bear shit in the woods, of course I was up for it. So Sunday morning saw me arrive at Penarth where Pete & Steve (also from the club) were already. We all all looking at the choppy sea & biting wind & having second thoughts (LOL).
I figured though that as the wind would be on our backs it wouldn't feel quite so bad.
Soon Andy from the club arrived with another Andy. Boats were loaded & left while they sorted the portage out as we were to paddle from Penarth to Barry, about 7-8 miles?

When they returned we got all the boats down to the beach for the cold launch. 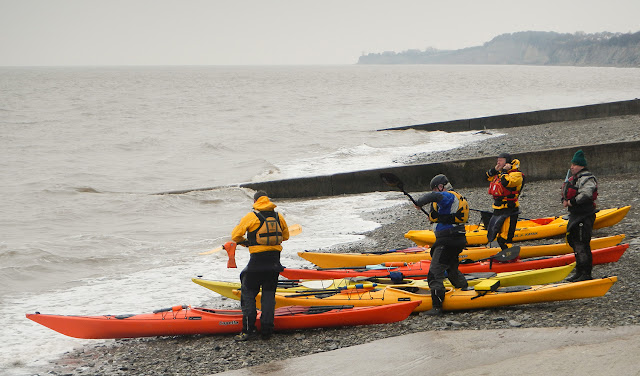 Some of the group were a little nervous about the Rannies a notorious tide race off Lavernock Point in the far distance of this image. I knew it'd be easy today though as the wind was in the South East. 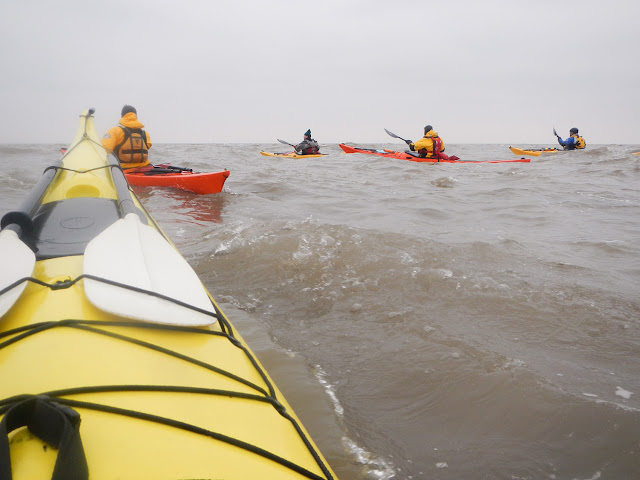 We passed the Rannies without incedent though our speed didn't half pick up & Lavernock was soon far behind.

Next it was Sully Island & time for a little break. 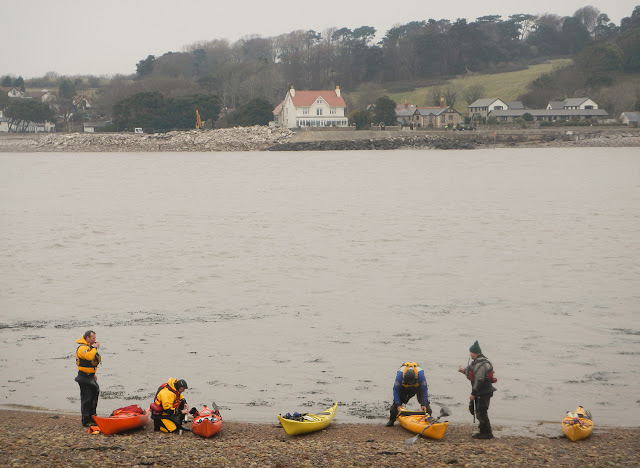 Can you spot the digger in the far shore? In the 80's I think it was there was loads on concrete waste dumped here on the beach & now the owner of the pub is paying for it to be cleared. They've done an amazing job but amazingly the council wont give permission for the waste to be removed so its all bunched up in a mound on the edge of the beach. You'd think the council would appreciate him doing the work & see the benefit to the environment not to mention the safety of the people on the beach.

Once my core temperature was thoroughly diminished it was then time to move on paddling across Sully Bay to reach Barry Harbour. 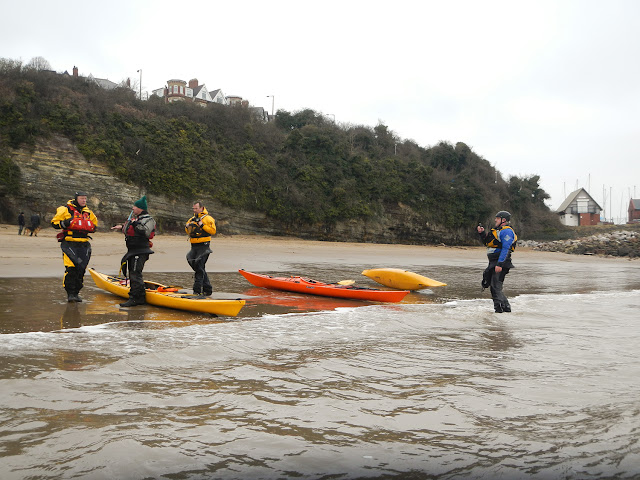 And another rest at Jacksons Bay. I had the sense this time to stay in the kayak as it was slightly warmer with my legs covered & pogies on.
I was teasing a couple of the Guys about the race at nells point but again the South Easterlies were taking the bite out of the races :(

A quick loop around the cardinal post & we were done. A fab is slightly cold day on the water :) 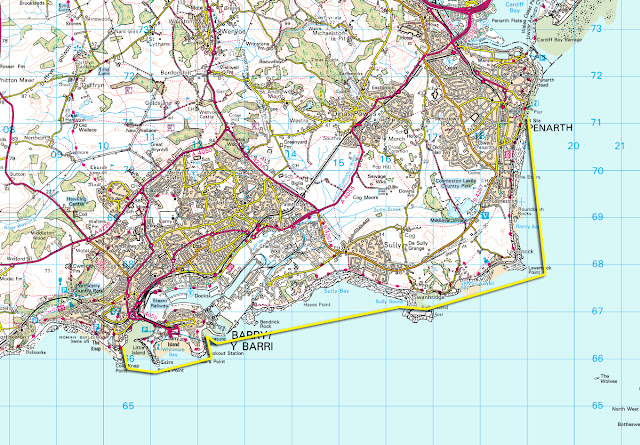