Not long after getting back from my last paddle (see last post) did I get a message from my mate Noel to see if I fancied going for a paddle? Hmmm, be rude not too I guess? :) 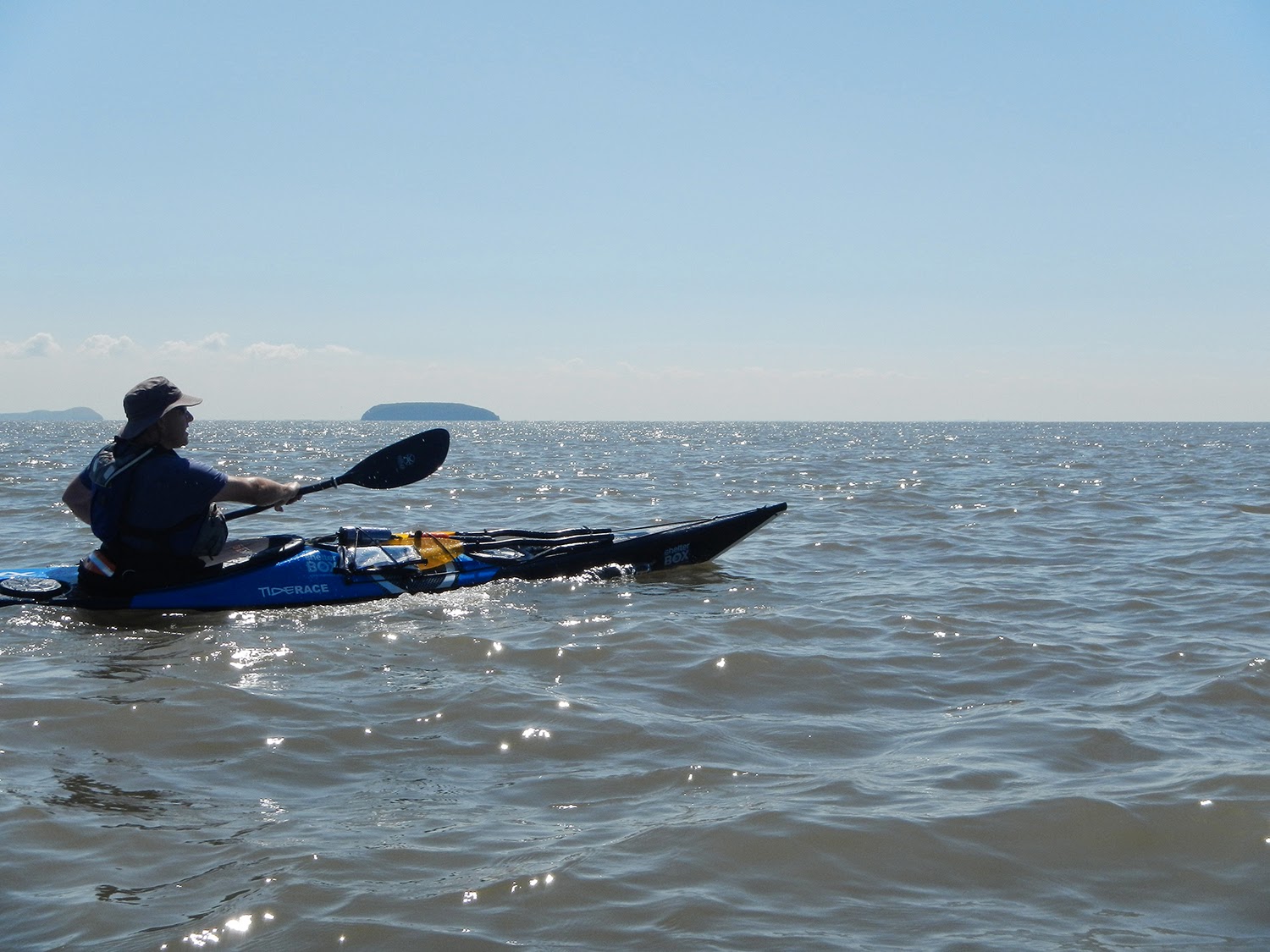 The tides were a little awkward but I figured we could paddle from Sully on the flood taking the long way to Penarth via Steep Holm, Flat Holm & Monkstone lighthouse.
We met up at 10AM at Penarth to drop a car off then slowly made our way to Sully. There was no rush as the tide had not long started to flood. 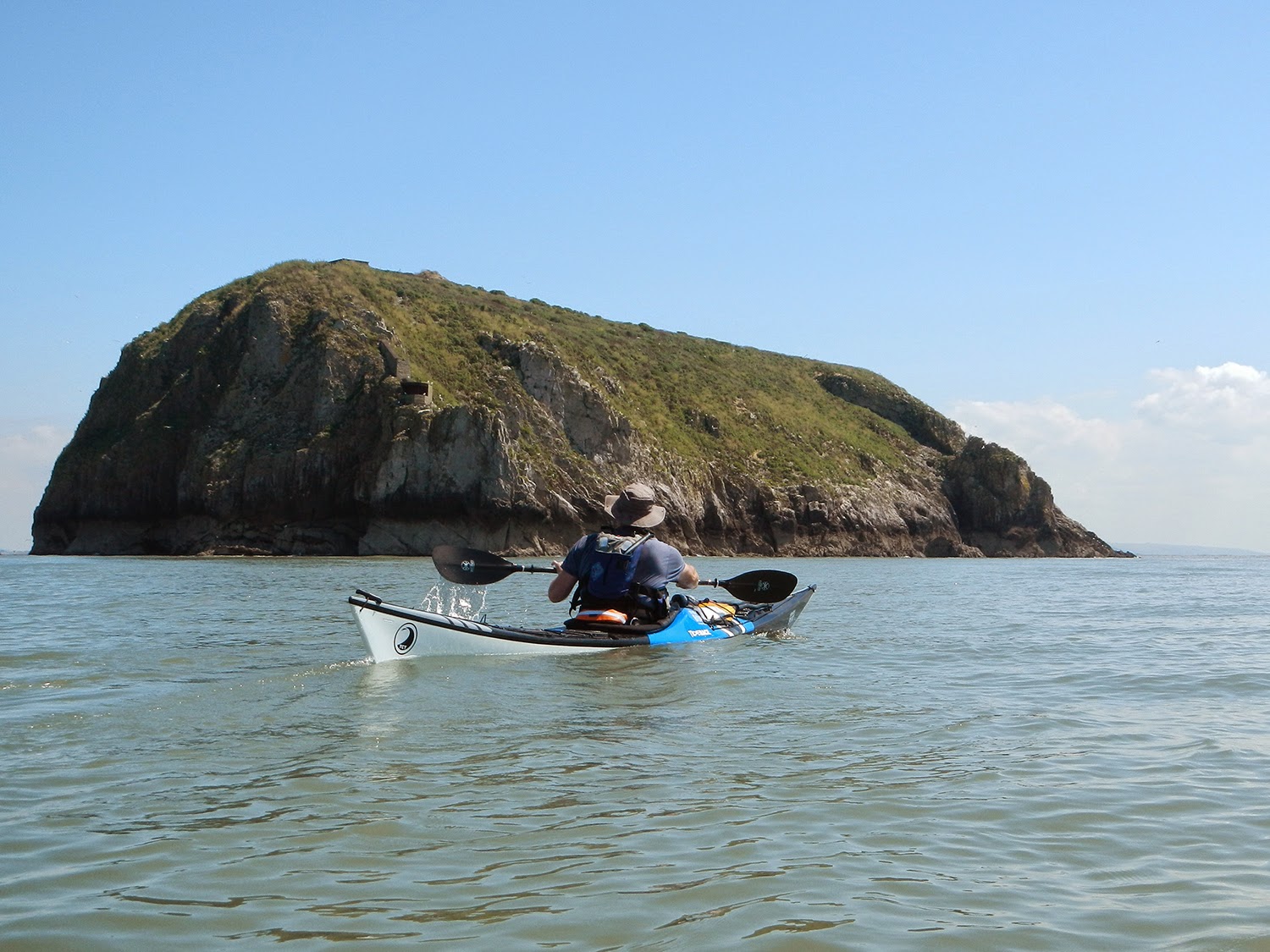 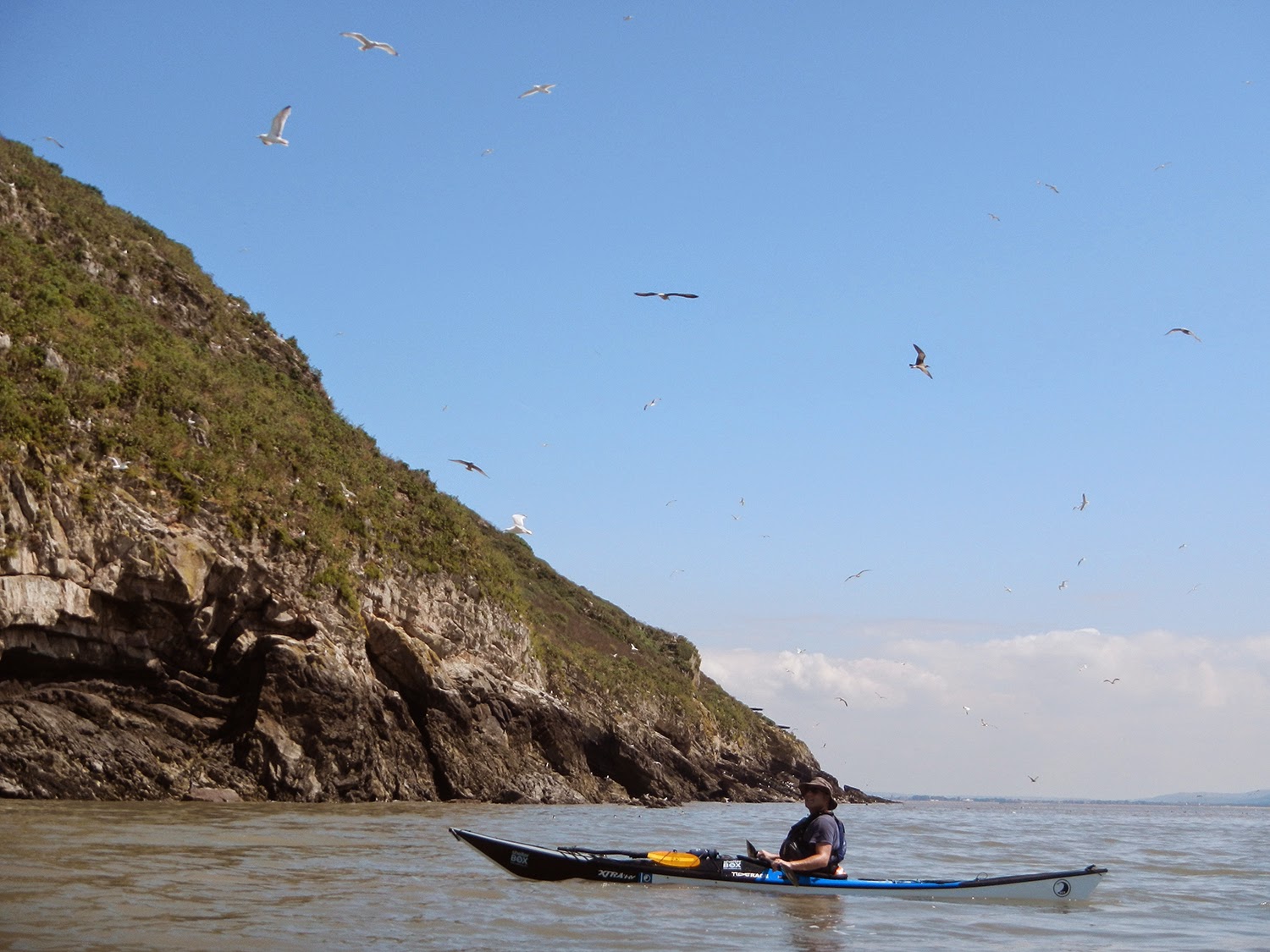 The Gulls were out in force! 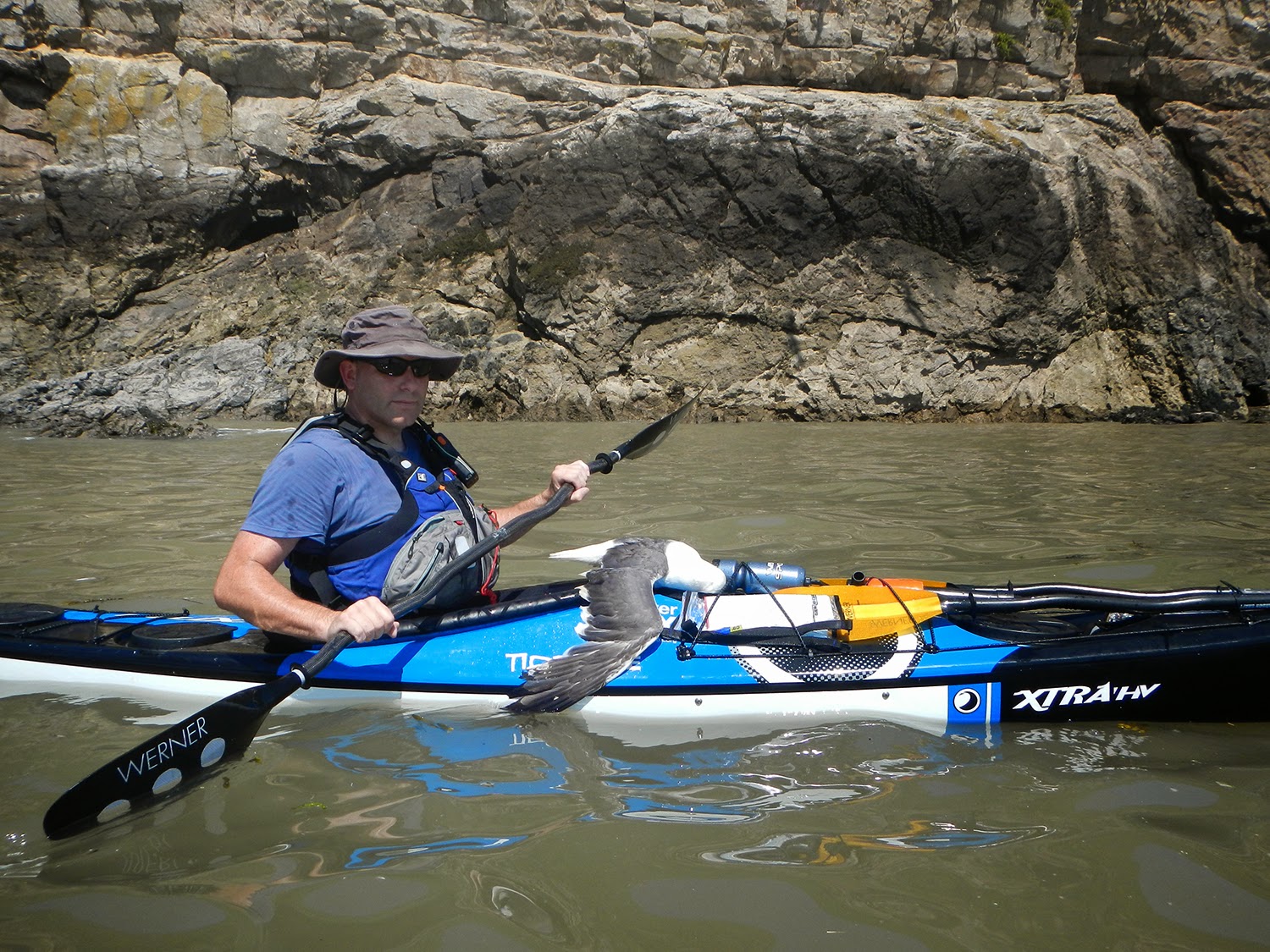 This poor chap was dying. We found him slowly drowning in the water :(
It was one of those 'should we interfere, should we let nature take its course' moments?
Noel decided to rescue him & transport him to the beach. We put him in a nice shady spot for its last moments on this Earth. And the optimist in me likes to think he recovered? 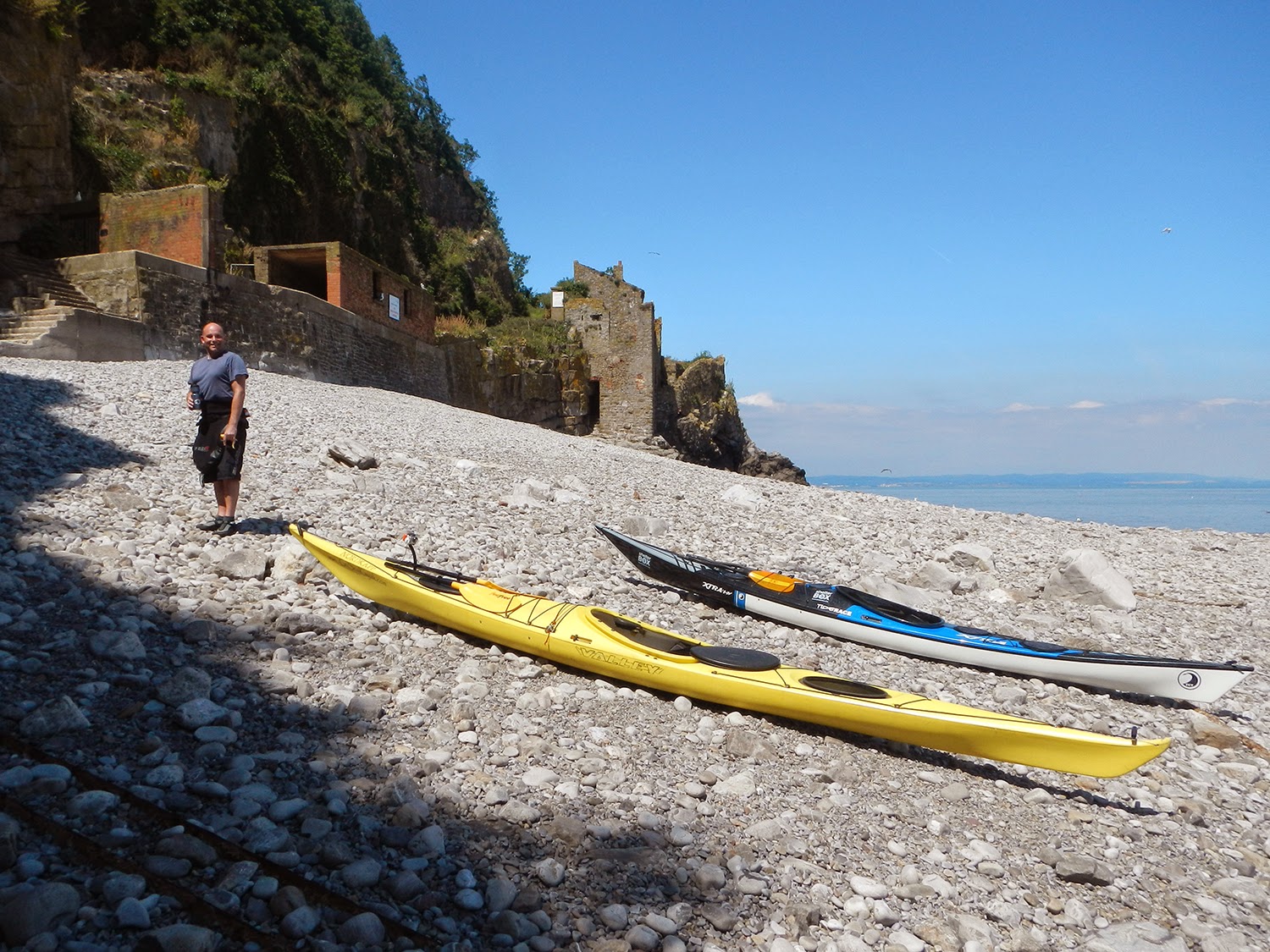 Trying to lighten my thoughts Noel decided to talk about the economic gloom & money grabbing bureaucrats that we're unlikely to ever find a solution too? In fact I may have started that conversation? I'm an optimist that likes to think we'll find an end to World poverty but to do that we need to remove the self serving bureaucrats & tie the countries of the World together in a union that spreads wealth equally without the huge divisions of rich or poor!
Heavy stuff for a chilled paddle on the water! I know it'll never happen but its just a dream I have. 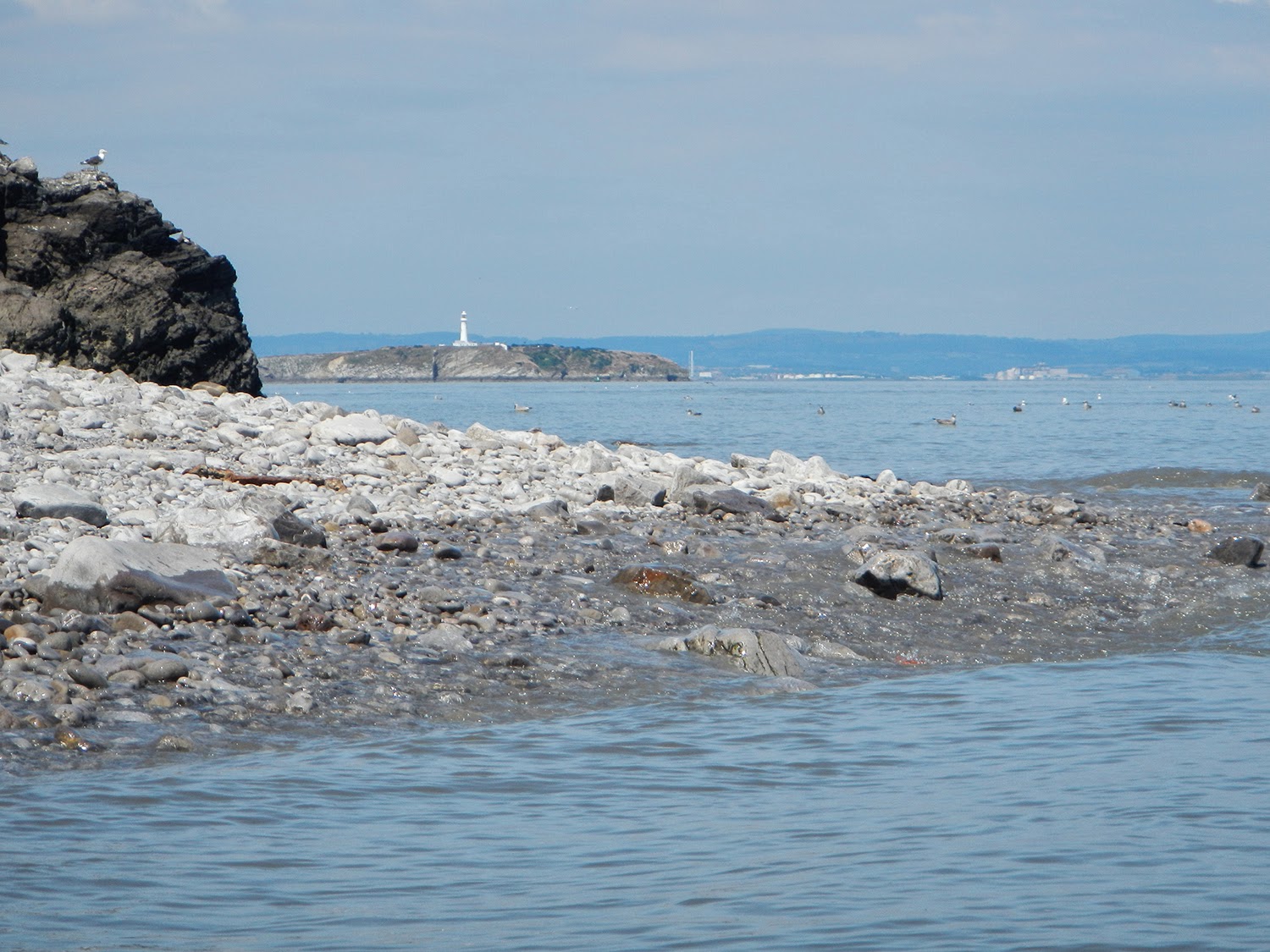 After pondering death, economic disparity & munching a bowl of porridge we finally decided we should probably get paddling so we left the quiet shores behind us & looked to the northern horizon for our next destination. 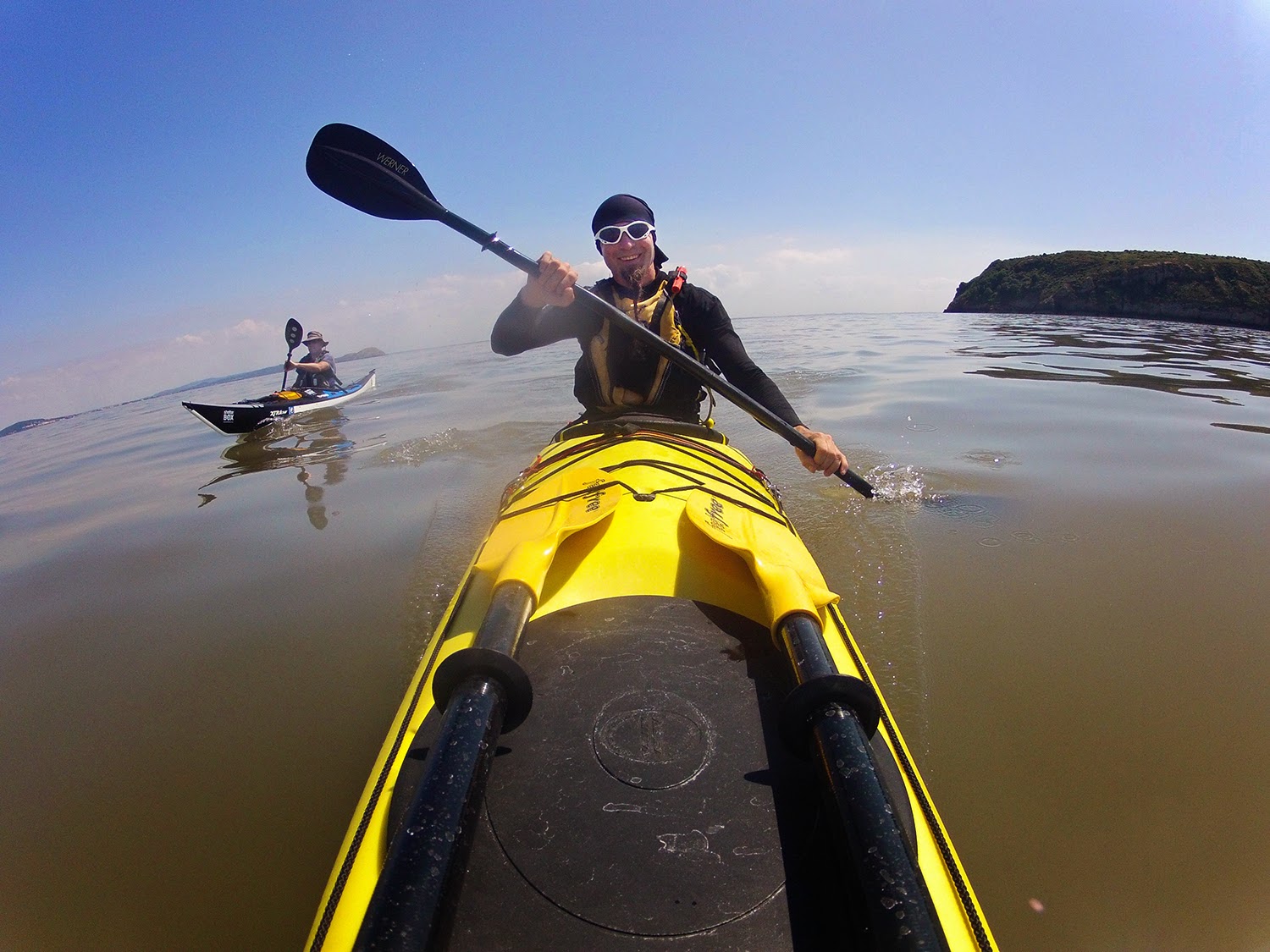 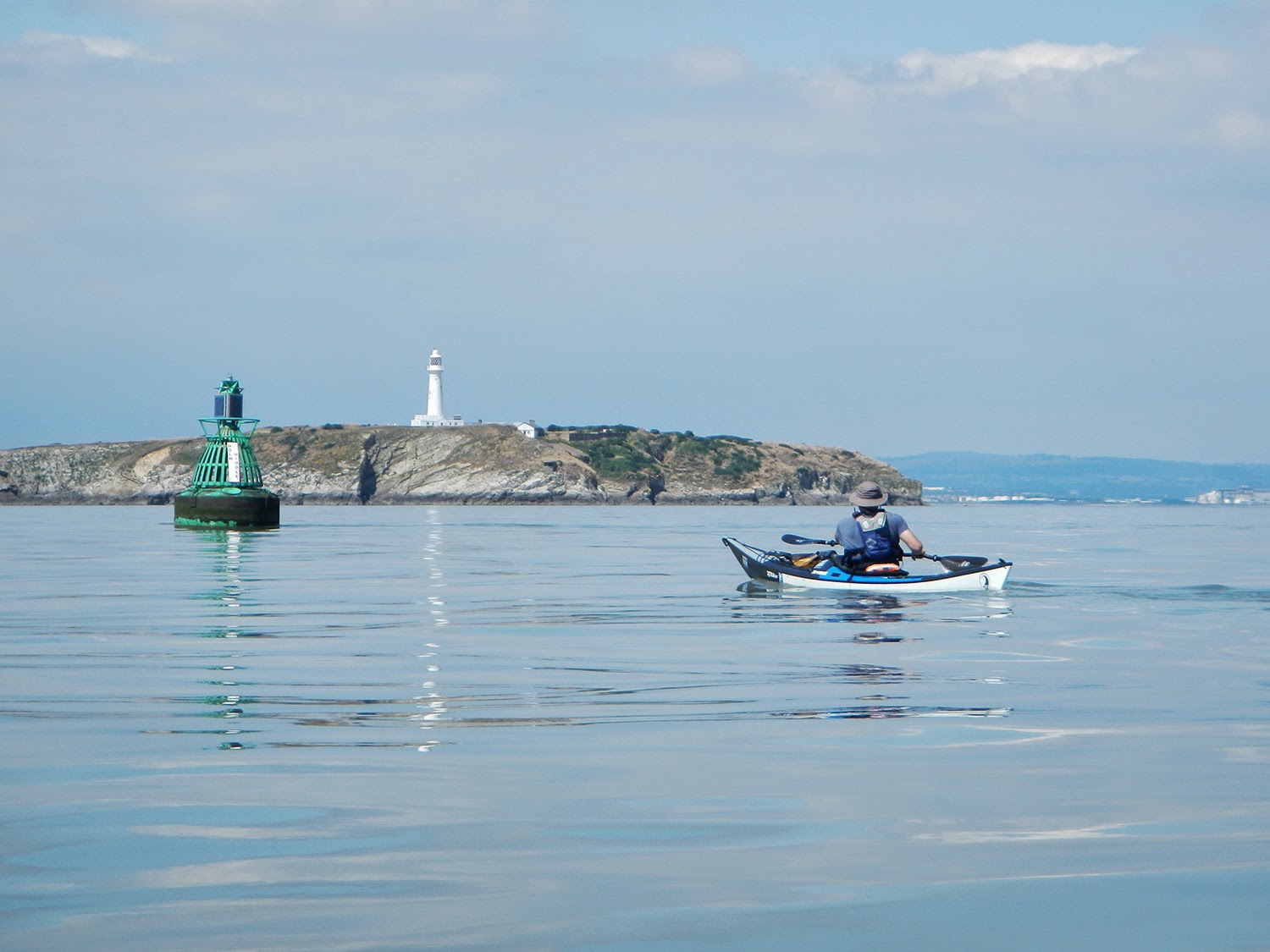 Flat Holm, just three miles across some impressive tidal flows!
We were on neaps today but as I took this shot I was captivated by how the stationary buoy & lighthouse highlighted the sideways paddling that Noel was doing as he ferry glided to the island. 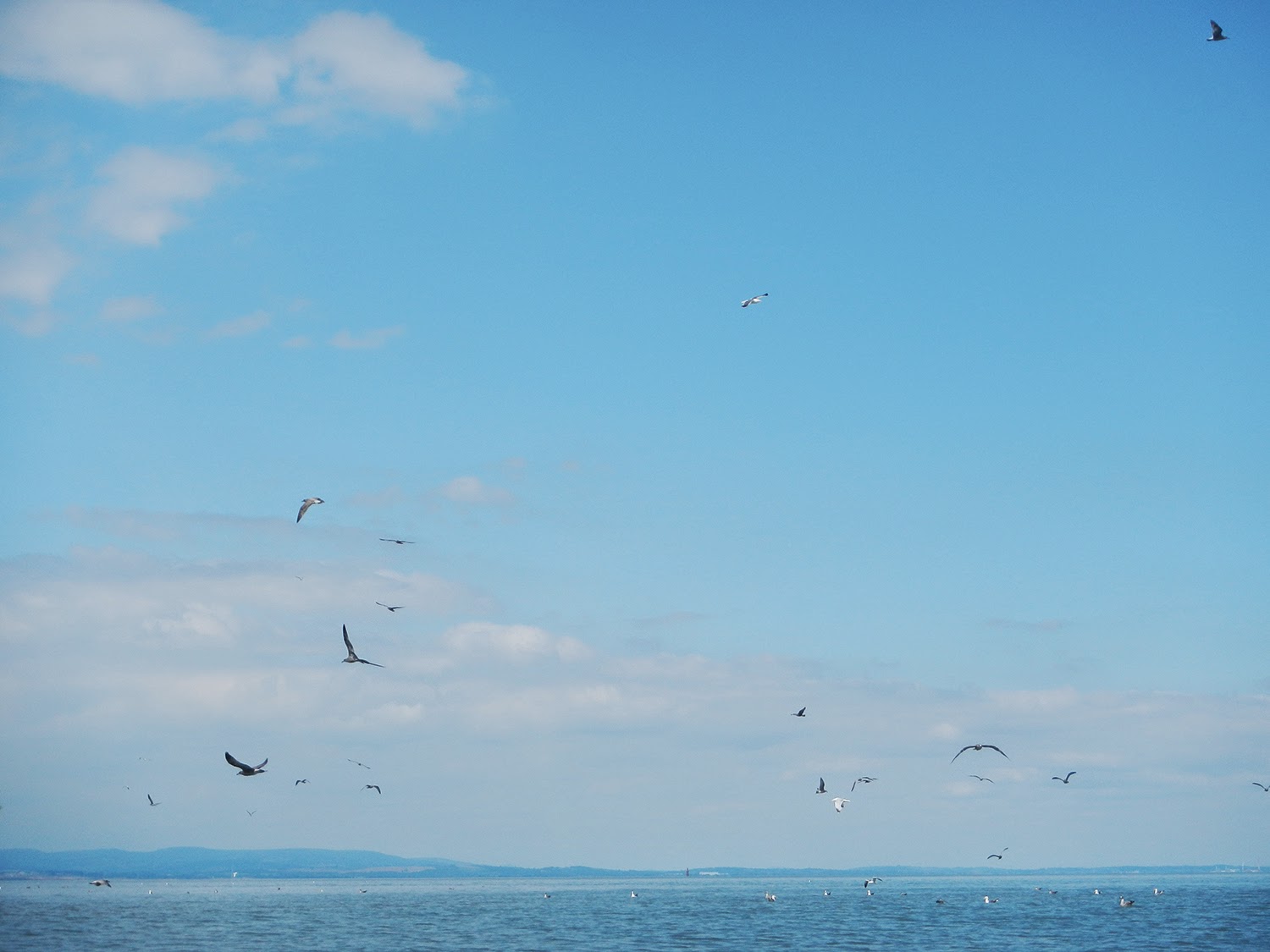 As with Steep Holm the birds were out in force here too as were the two resident Peregrine falcons. They appear to have taken a dislike to the nest box provided for them & look to have taken up residence in a crack in the cliff? Would be interesting to confirm this with the warden. 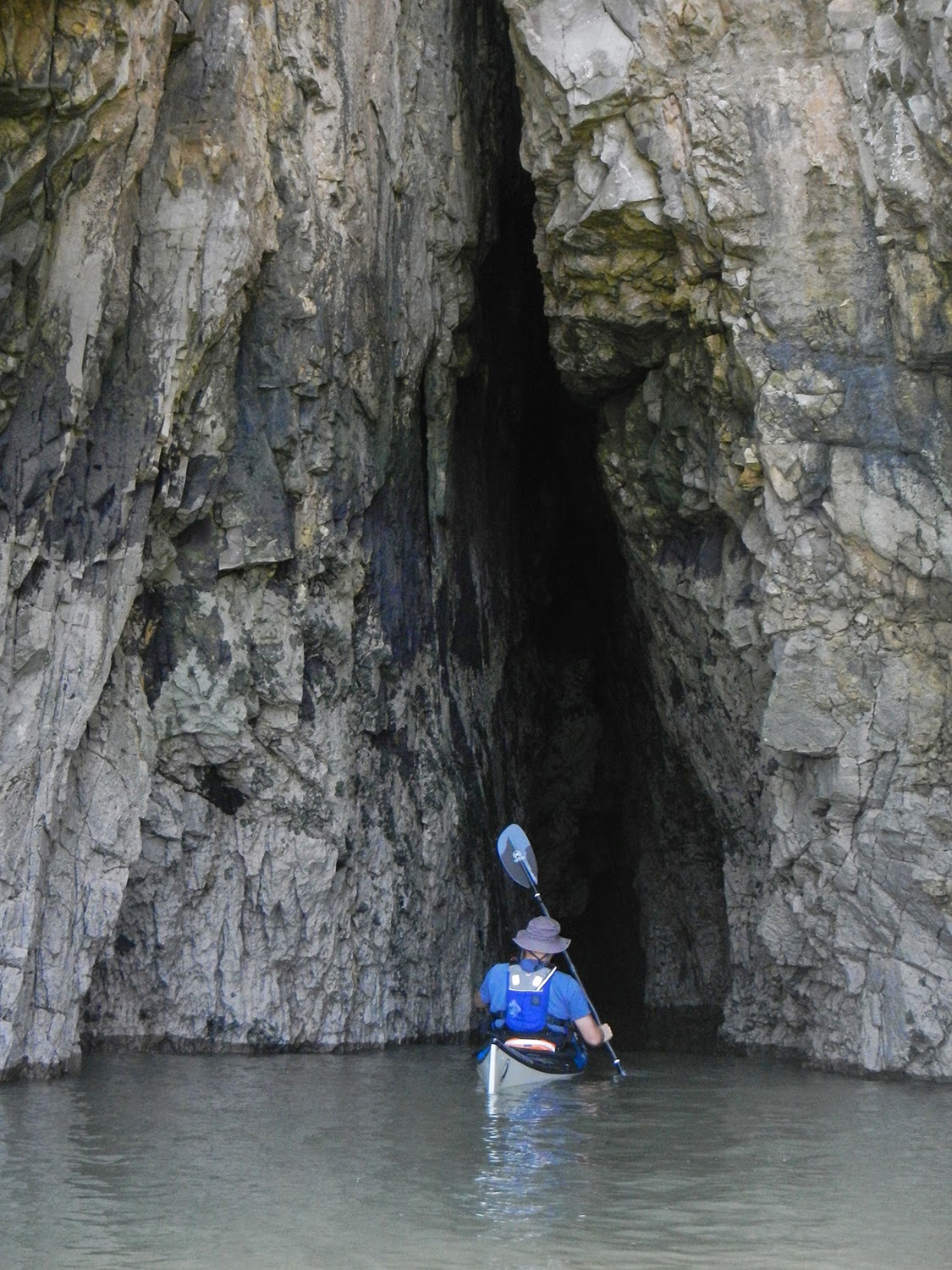 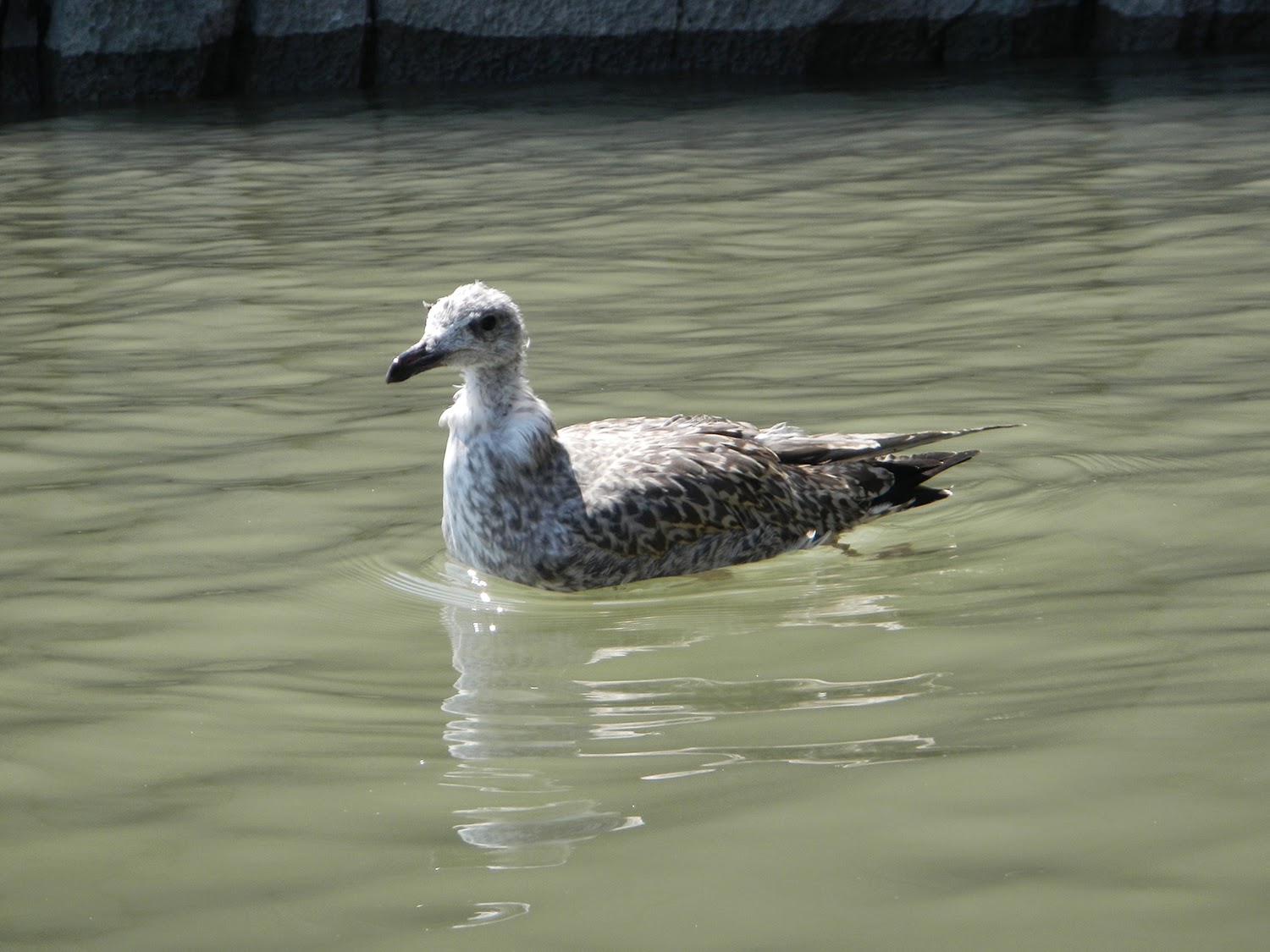 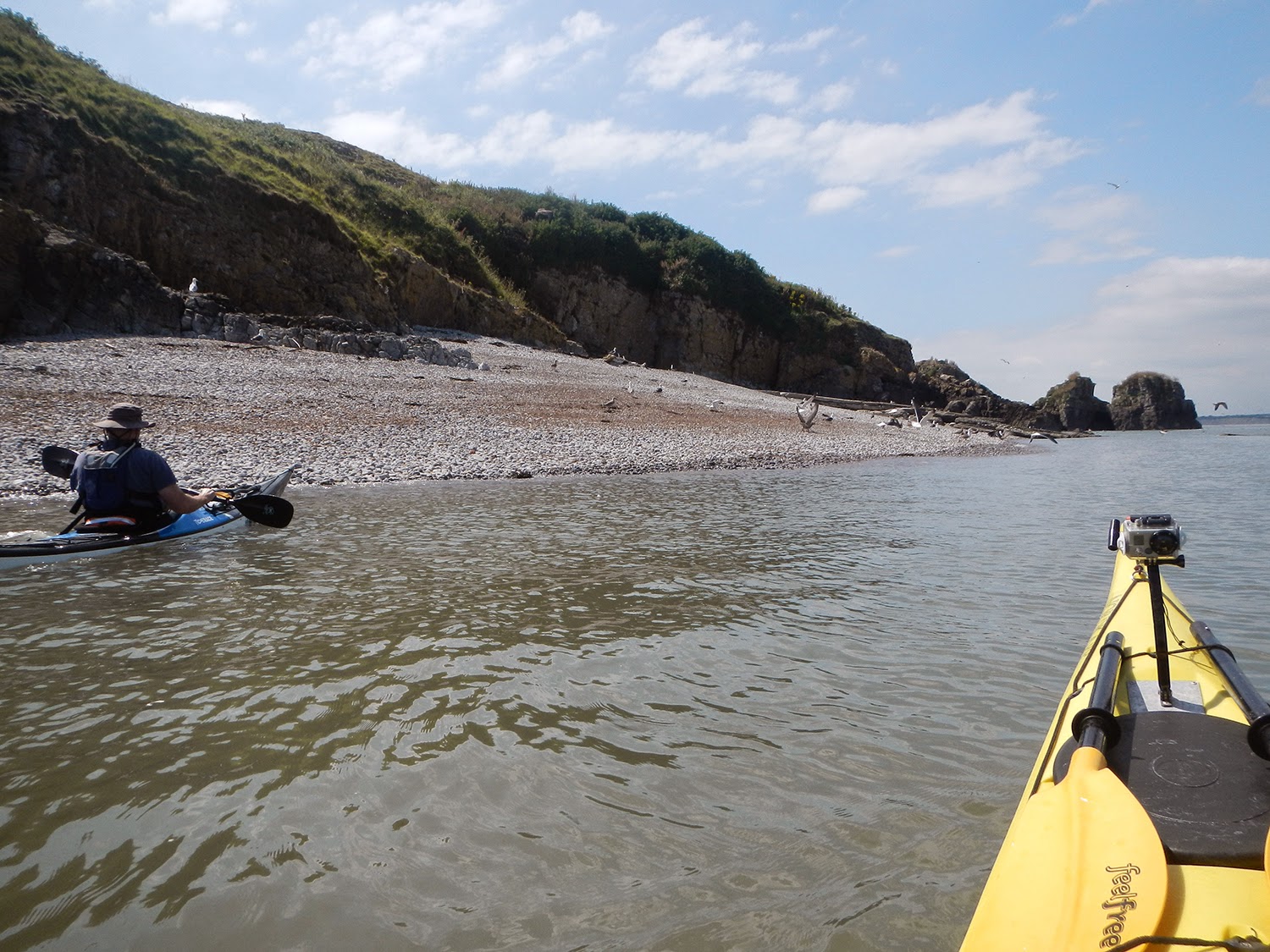 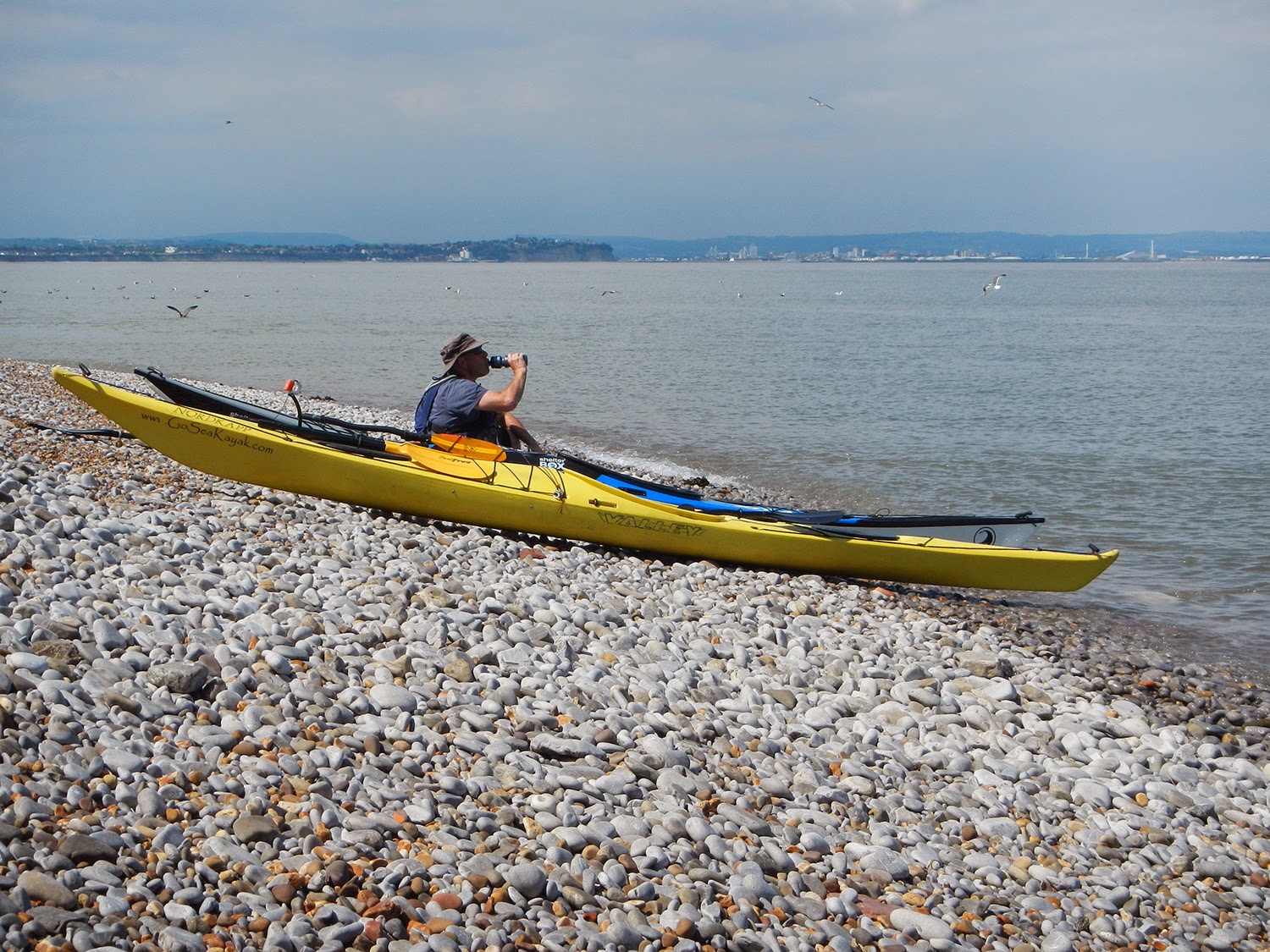 Not for long though as our relaxed attitude to the paddle was bringing the ebb tide ever closer. 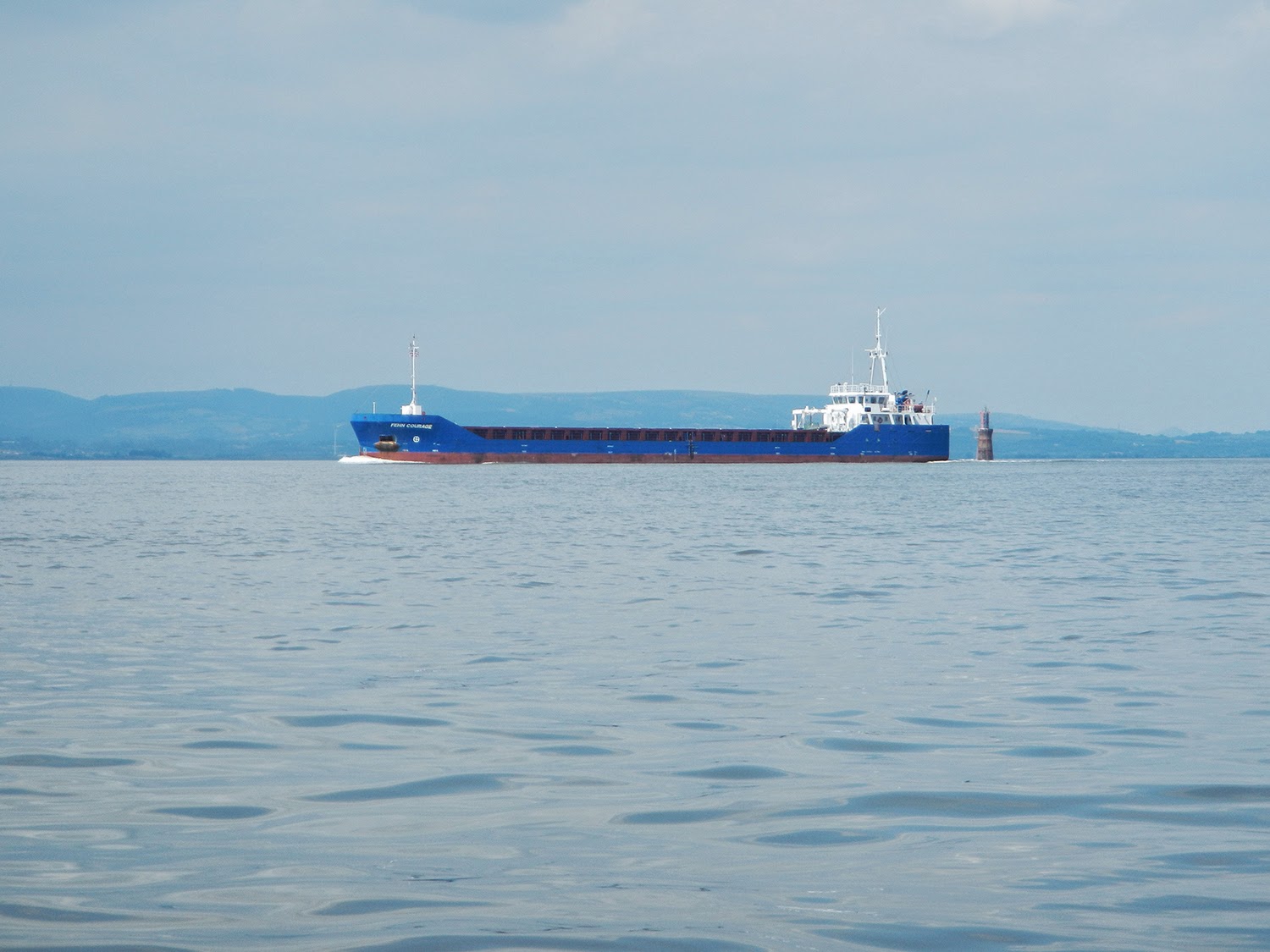 A quick 10 minute break & we were back underway & heading for Monkstone lighthouse. 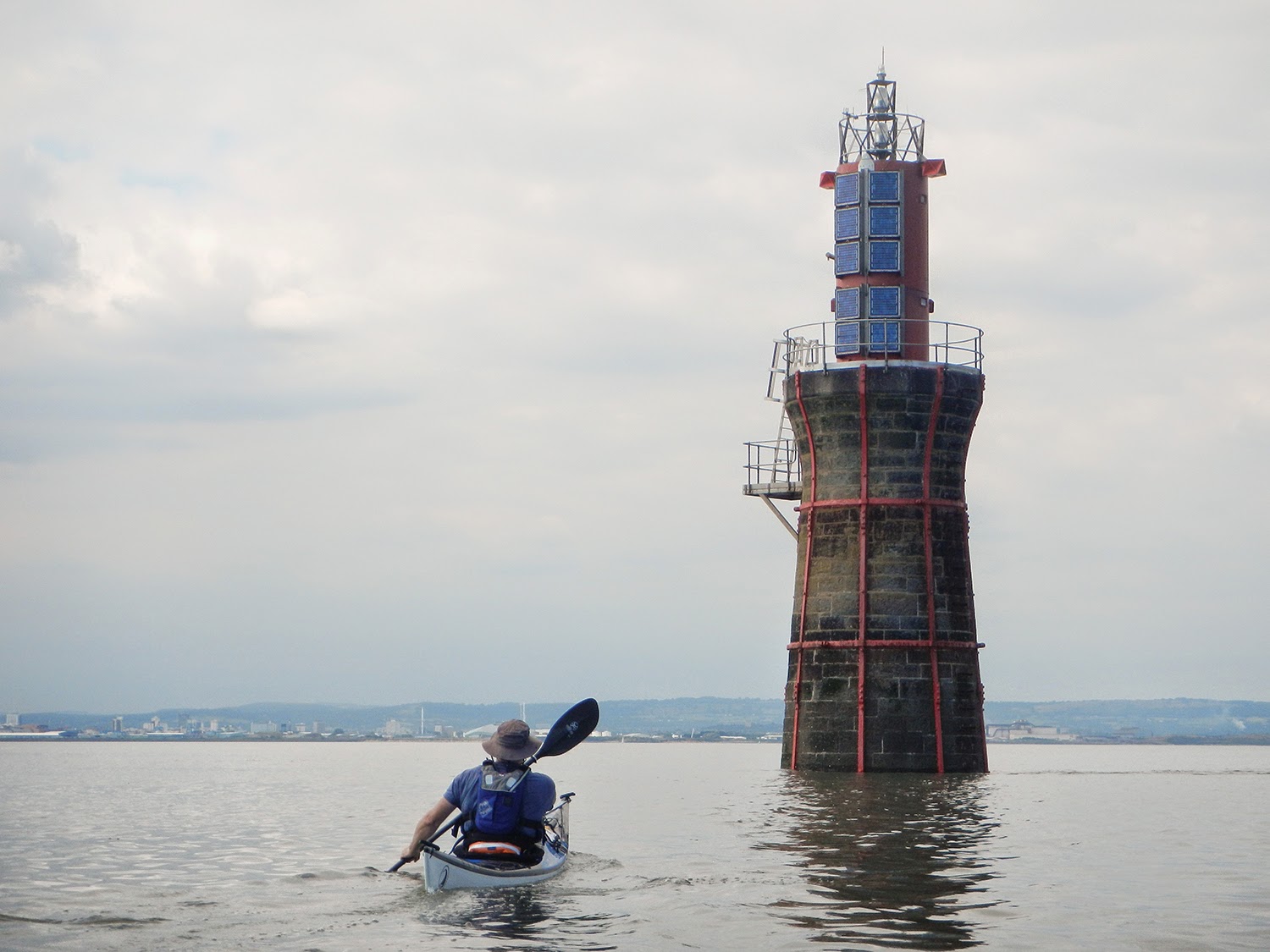 It was good to see it at high water again! 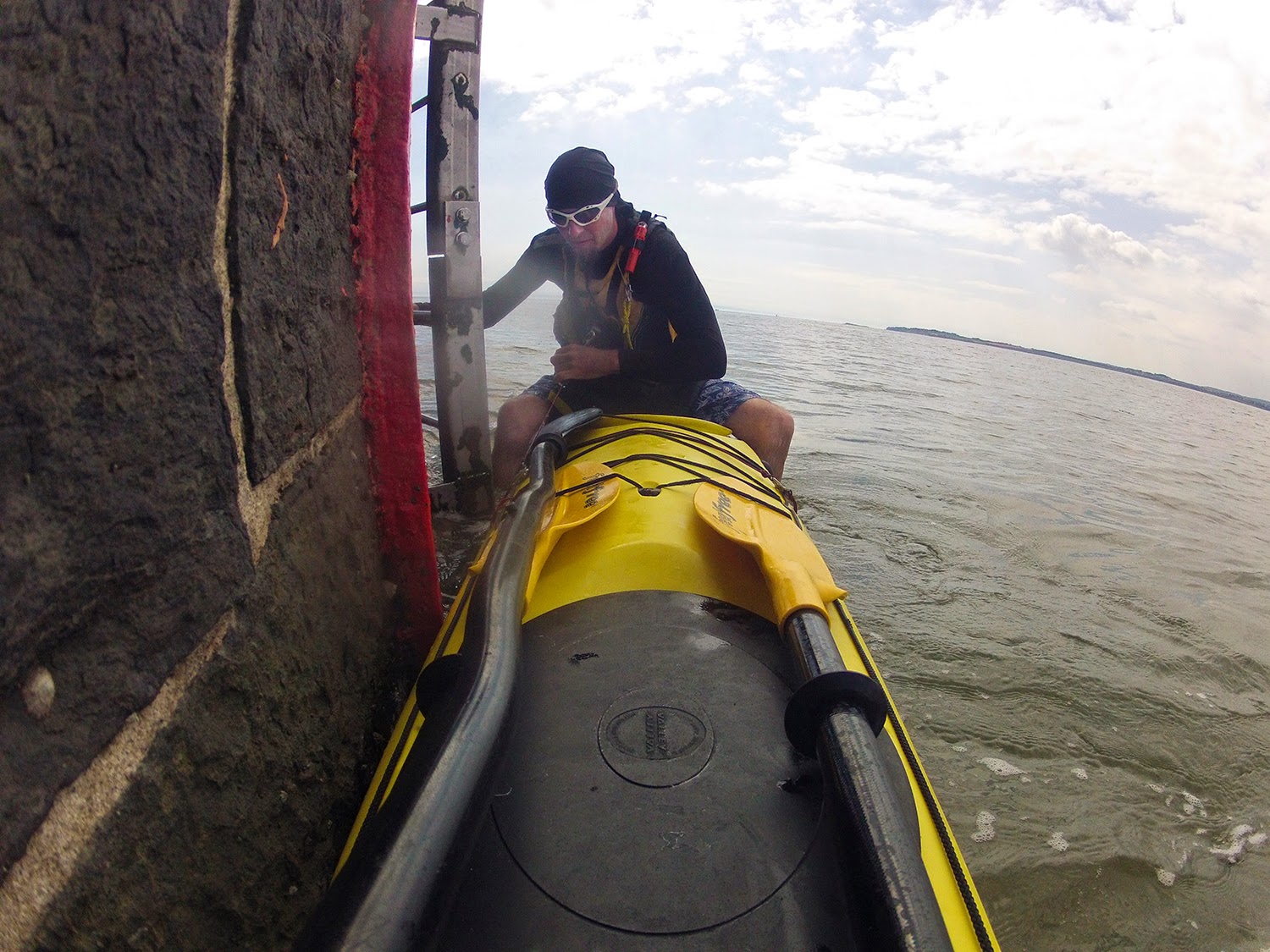 I secured my boat & went up the ladder for a pee! Its a hot day & I'm hydrating as I go! 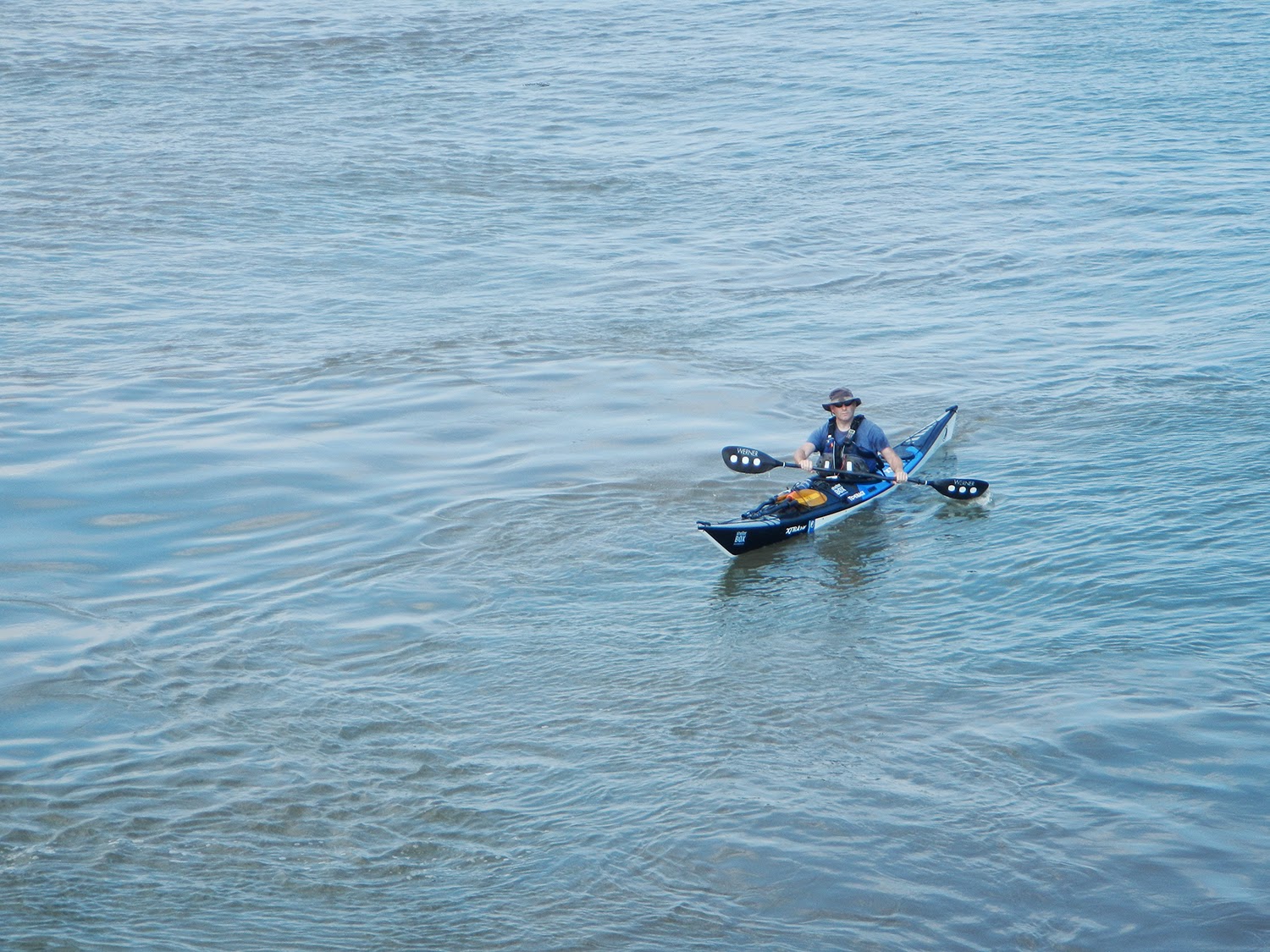 Noel decides to sit this climb out! Shame, its a lovely spot. 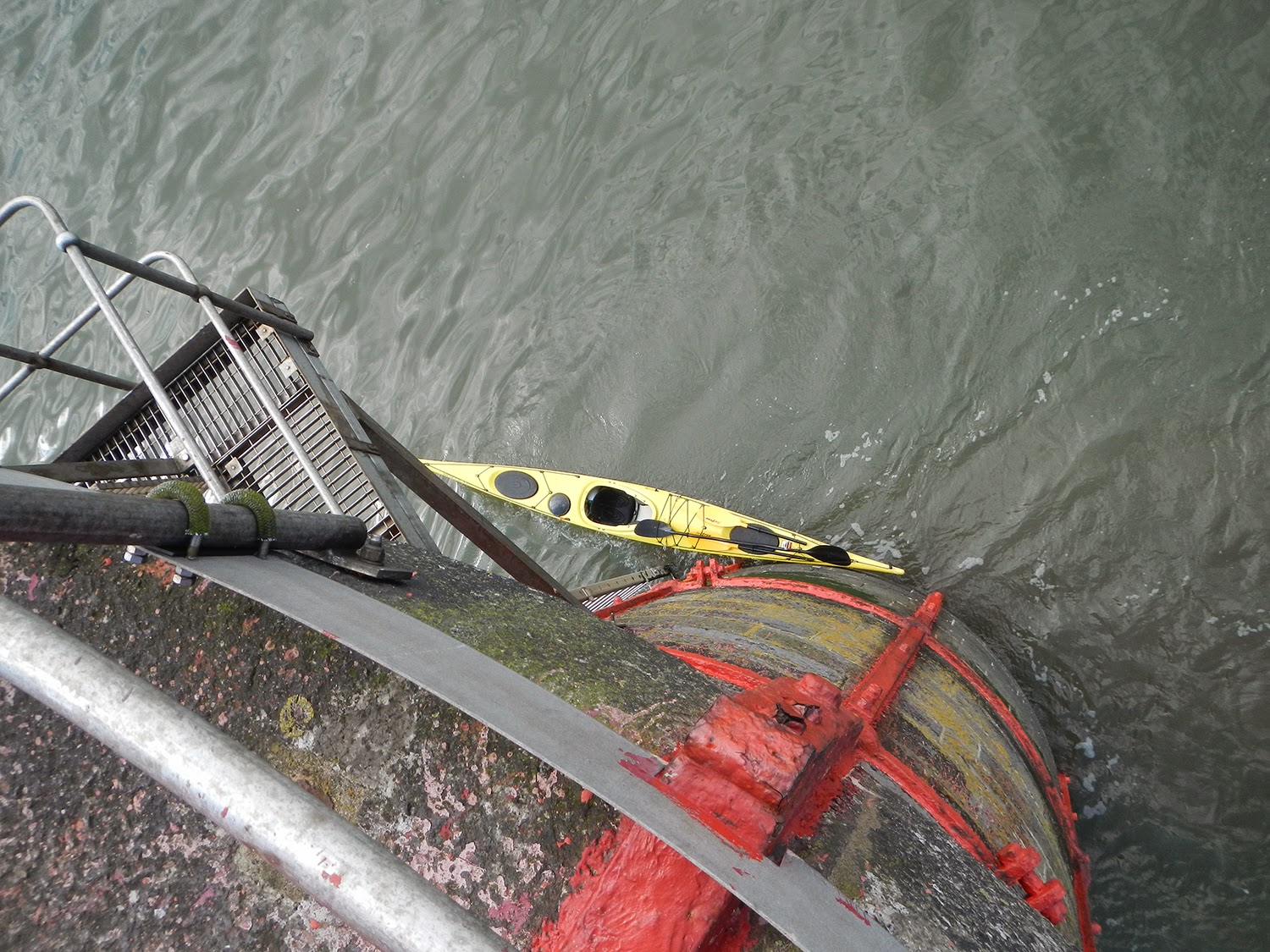 Glad my boat is still secured!
Despite being only ten minutes till the tide is meant to go slack/turn? its still flooding quite strongly. 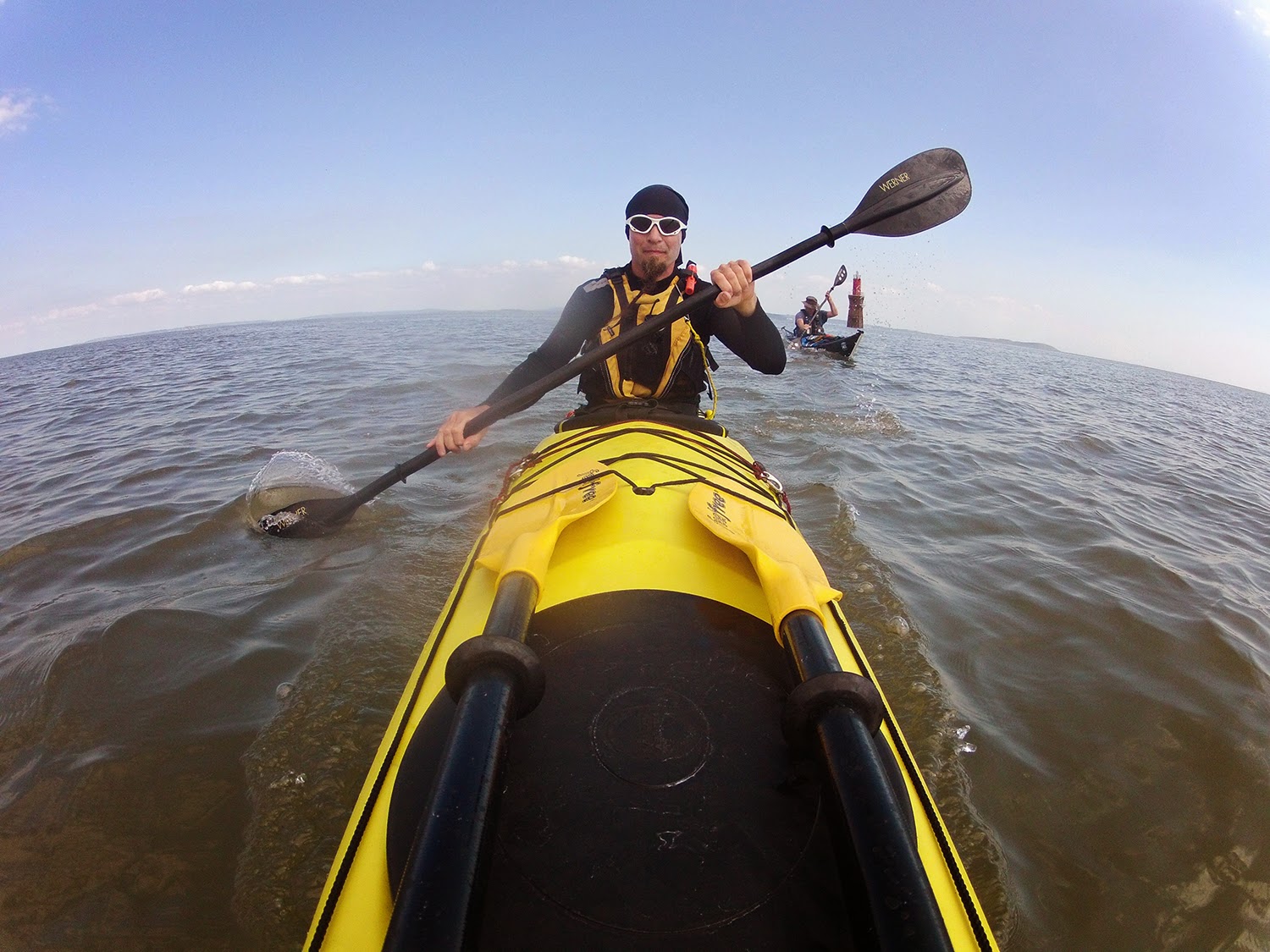 With our three destination complete & feeling happy with ourselves we start the final stretch to Penarth. Noel practices his transit lines & I opt for a guestimate as we both follow different routes & settle into a good pace for the three miles back to shore.
I wasn't too sure that I wanted to paddle again today as I had other jobs to be getting on with but I'm so glad I did! It was an awesome, idyllic day for crossing the tides of the Severn :) 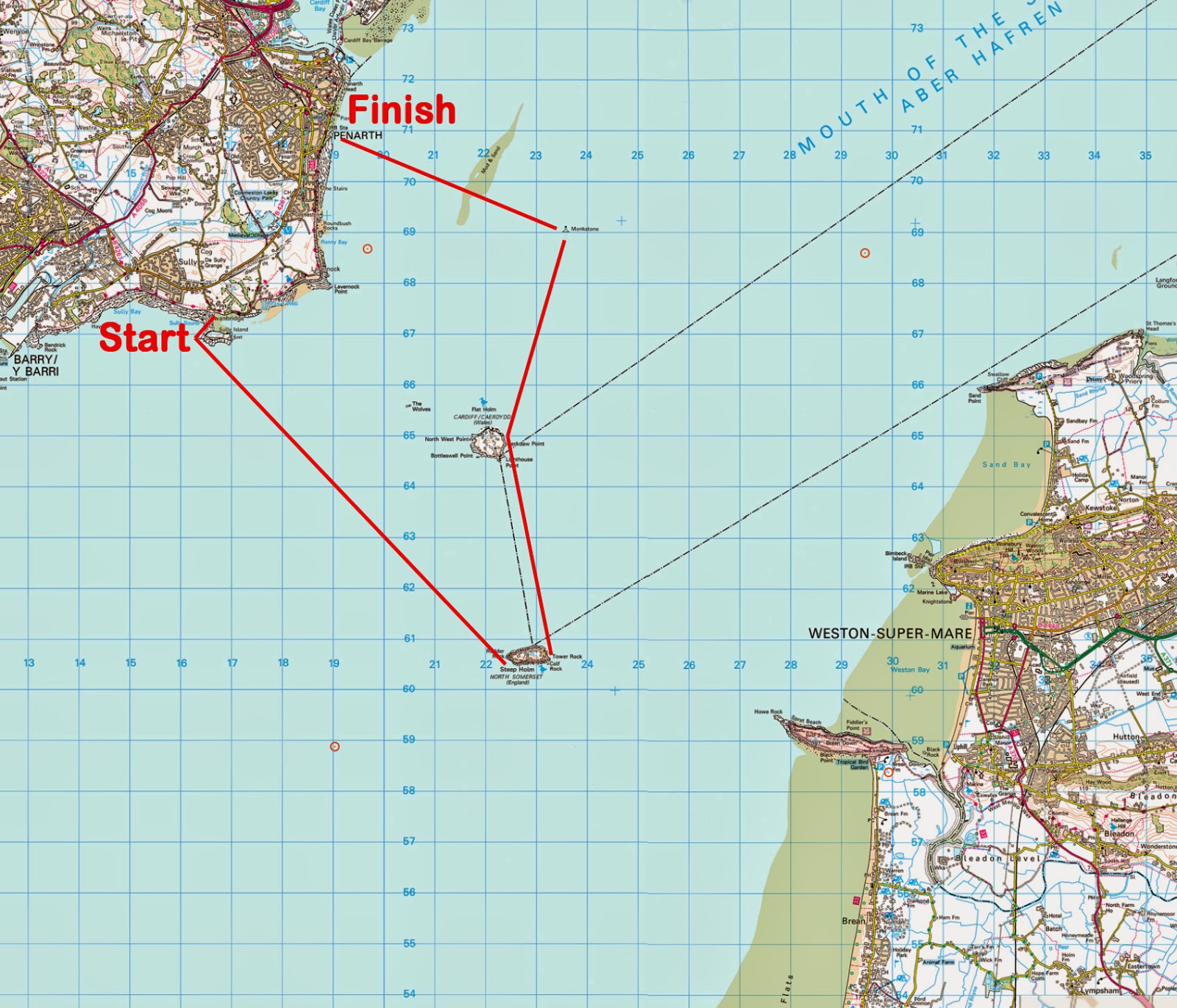