With a free weekend my mind naturally turned to paddling & with my trip to Sardinia immanent it was likely to be my last paddle in the UK for some time.

I was racking my brains, (men have two you know) for idea's when I got a message off Eurion who had something planned. OK, I'm in I guess :)

Eurions friends Barbera & Ian & two others (sorry, forgot your names) were paddling over from Weston on the other side of the channel & heading for West Wales. Our trip was to meet them at Sully & paddle with them to Llantwit Major. Stuart was gonna tag along too :) 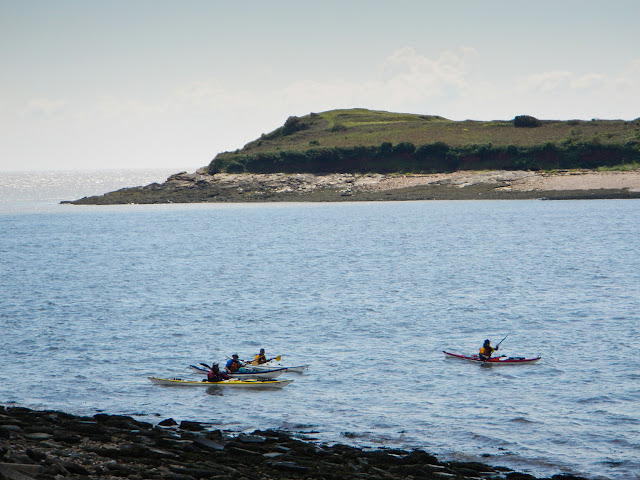 A wee bit late but forgivable given the head wind the group arrive at Sully. 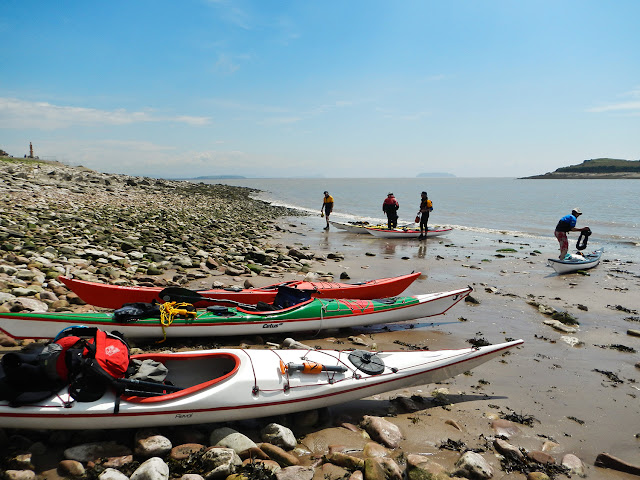 And swell our numbers somewhat. 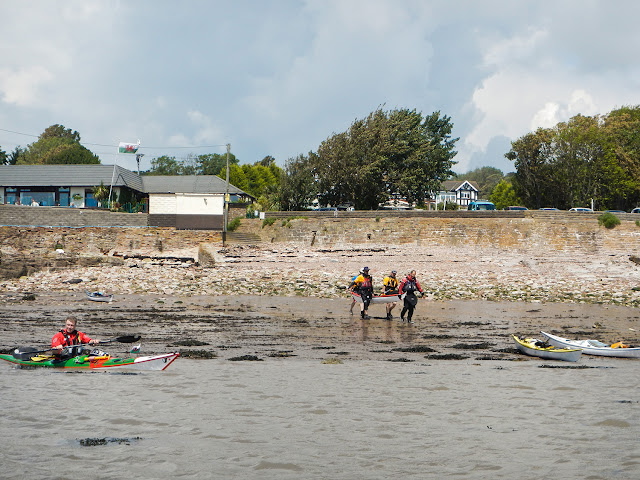 After an R&R stop & some fuel we were all underway & not a moment too late. The causeway was a foot deep, any later & we'd be portaging or going the long way around. 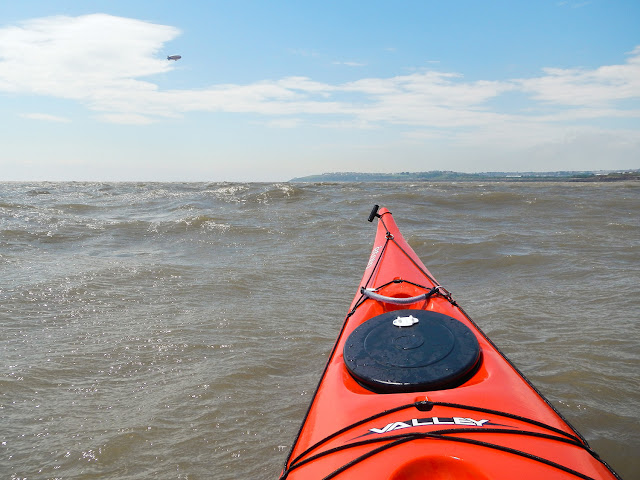 We head straight across Sully Bay aiming for Nells Point in Barry. There was a good headwind so I stayed well offshore to catch some tide & was in a World of my own, each stroke squeezing out the stress of my hectic life at the moment. I was enjoying myself & enjoying the headwind too.
A passing airship was fascinating me as it leaned in the wind, crossing back & fore over Barry.

Approaching Barry dock the Pilot boat crashes through the waves.

I glance back to see the others bobbing around in the race off Nells Point.

Stuart, looking for an ice cream van I think?

Passing Friars Point I again stay well out in the tide. I wonder if I'm being antisocial but I've been here before on a headwind & I know to avoid the back eddies. 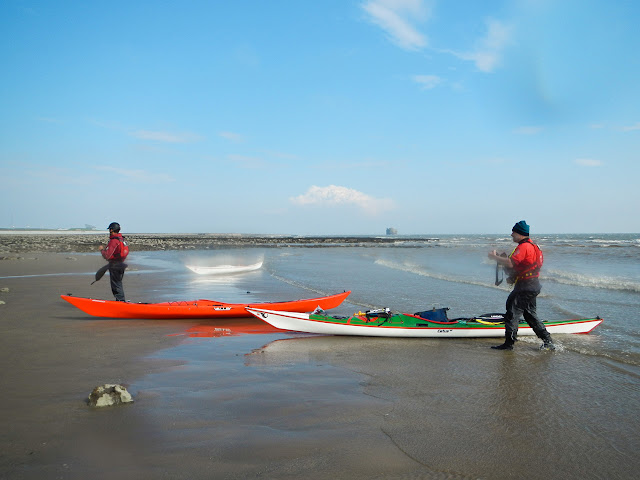 Finally back on land at Aberthaw. We left the others just the other side of the power station. It made sense for them to camp there in the nature reserve as the camping options at Llantwit, after all the rain we've had were limited.

we were supposed to carry on to Llantwit but we were pooped battling an ever increasing headwind & our later than planned start meant the last three miles would be against tide. At 2-2½ knots we were looking at another hour & a half so Stu blagged a lift to his van from his very understanding misses. 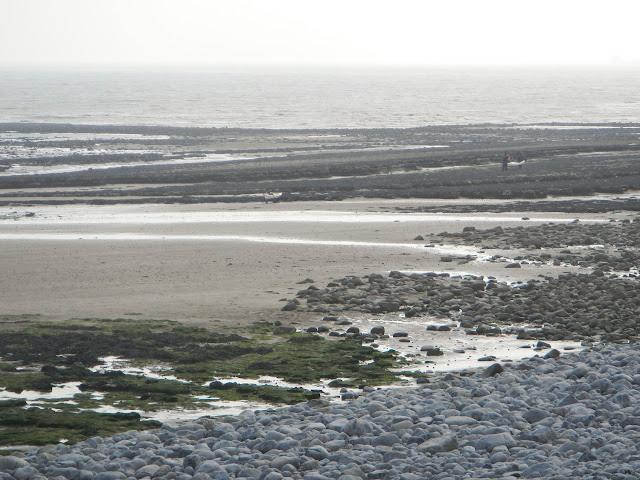 which then left us with  one bitch of a portage to the car park.
Posted by Taran Tyla at 22:29