First day out for the new Speedo's or Budgie Smugglers as Stuart likes to call them?
Sorry ladies but there are no pics & they were under my wetsuit anyhow ;D 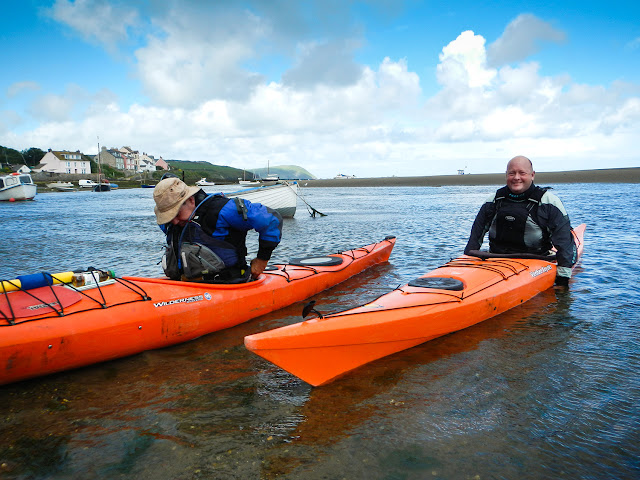 I was in Parrog today, Mike Mayberry was kind enough to let me practice my leading & coaching skills on a beginners course he was running.
The Guy's on the course, Steve & Chris were going to be working on some basic kayak skills & it was useful to watch Mikes coaching technique. I evan learnt that I really need to work on my draw strokes as I solely rely on a skulling draw instead.
The guys were learning bow rudders too, again, something I need to work on as I rely on cross bow rudders instead, keen to avoid the drip down the neck :S
I think generally I need to practice skills that I tend not to use as I will still have to teach a variety of skills to clients & not just the skills that I favour.

We paddled along the coast making use of the fantastic rockhopping the area has. This makes the paddling fun but also encourages the guys to practice their turns & think on their feet, (or maybe bum?).
We also had them practice an x rescue at the end & they both did really well save for a comedy moment when Chris overreached giving me & Mike a body each to rescue. To be fair I've done the over reach thing myself, always good for a laugh :)

OK, I can't be bothered writing more as I'm persevering with a crap day job to get spending money for my trip to Sardinia & I'm bloody knackered :S 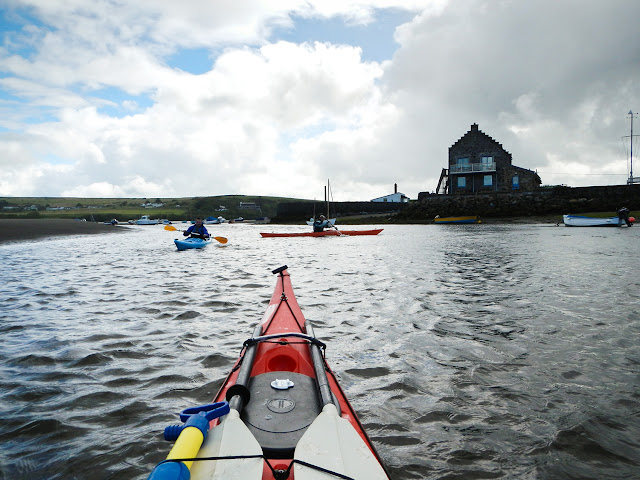 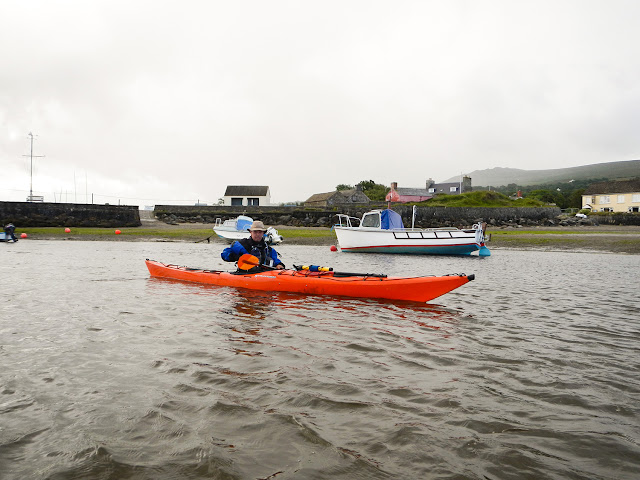 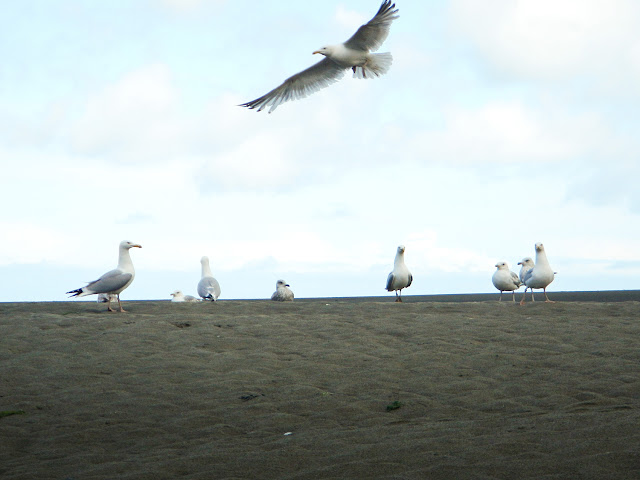 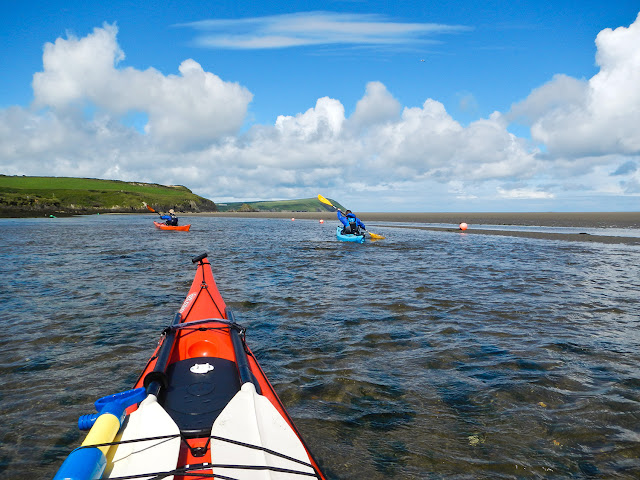 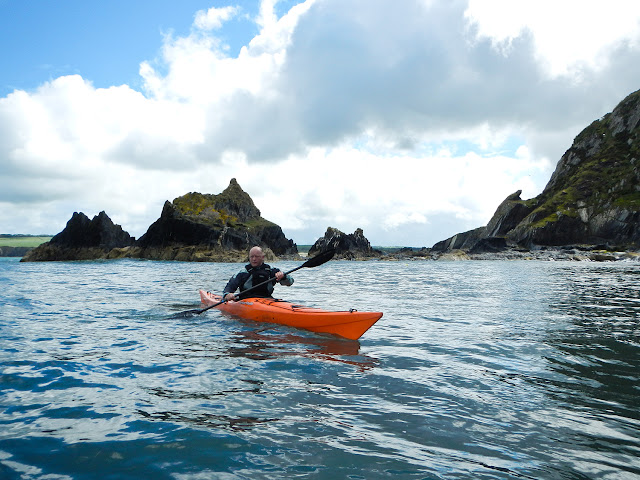 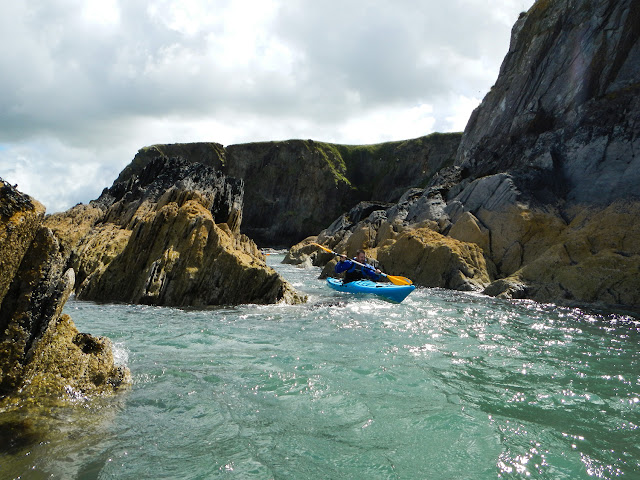 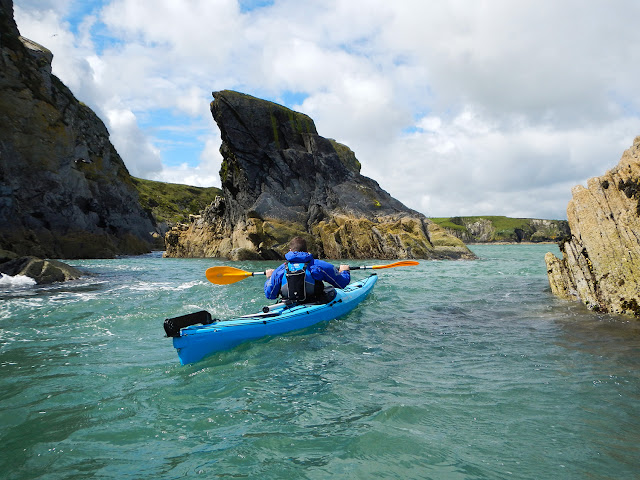 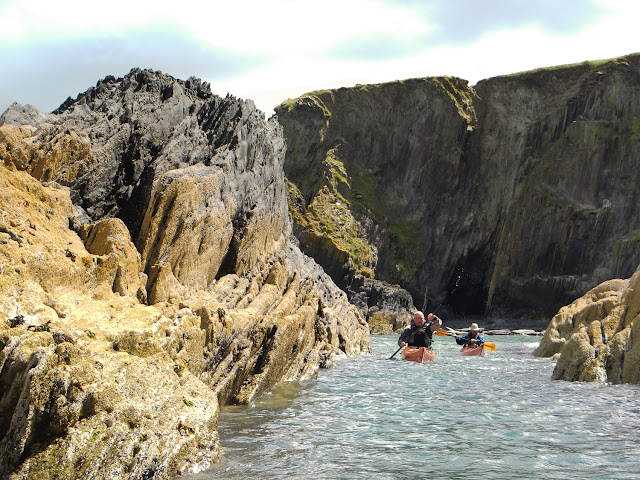 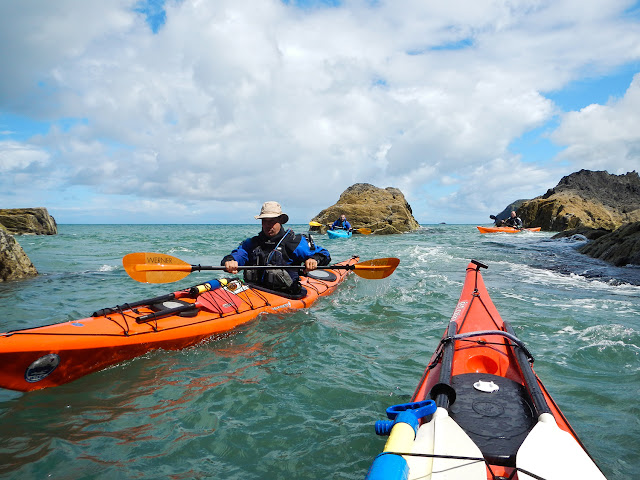 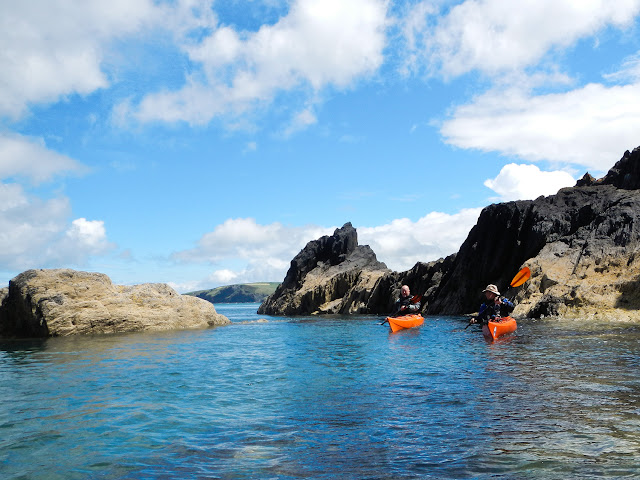 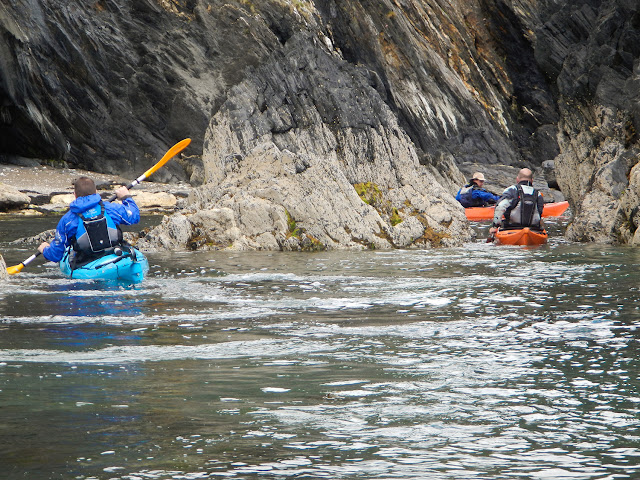 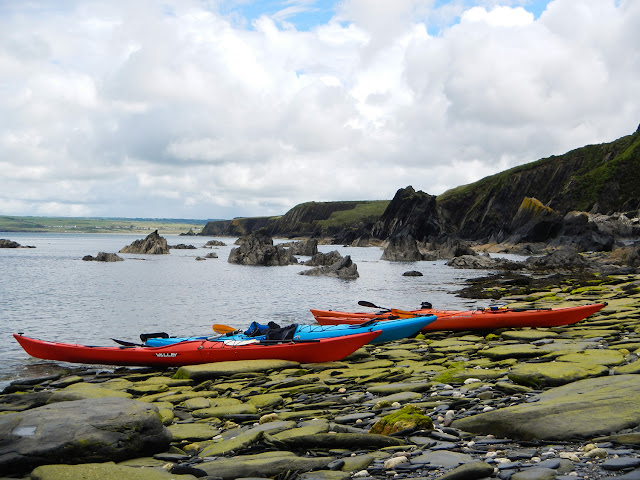 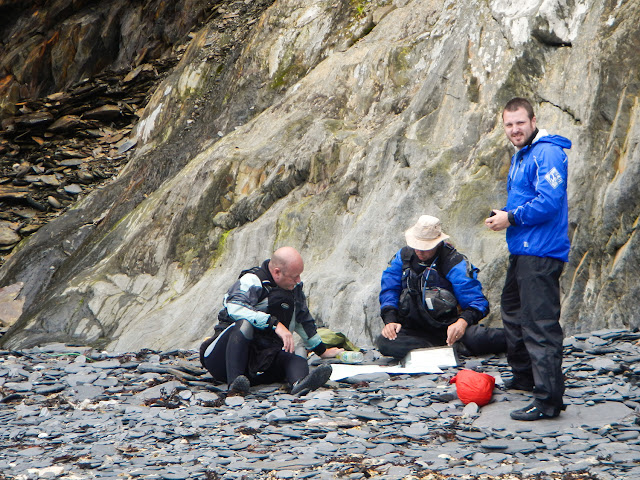 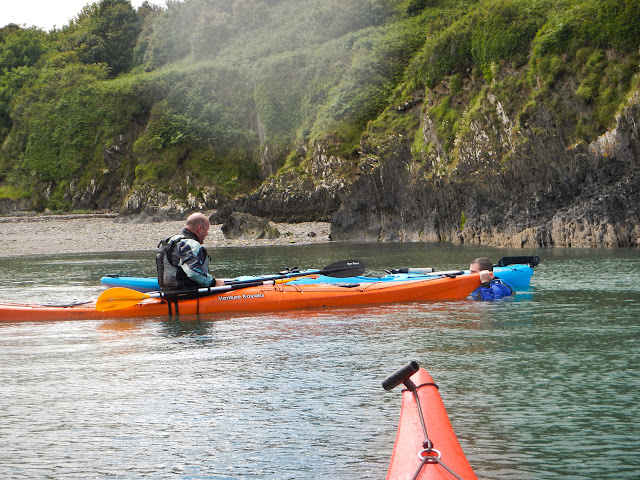 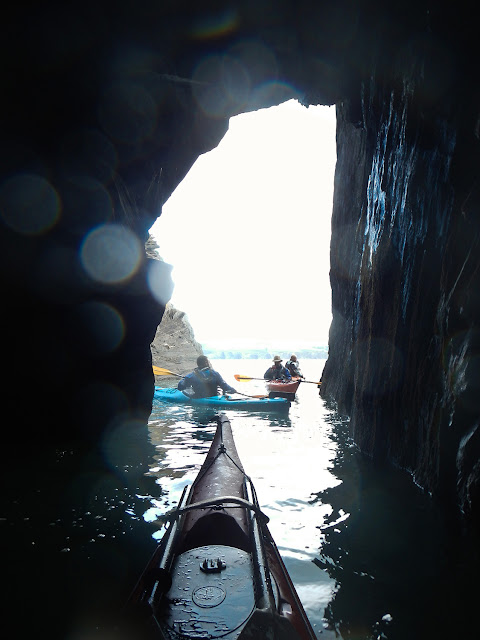 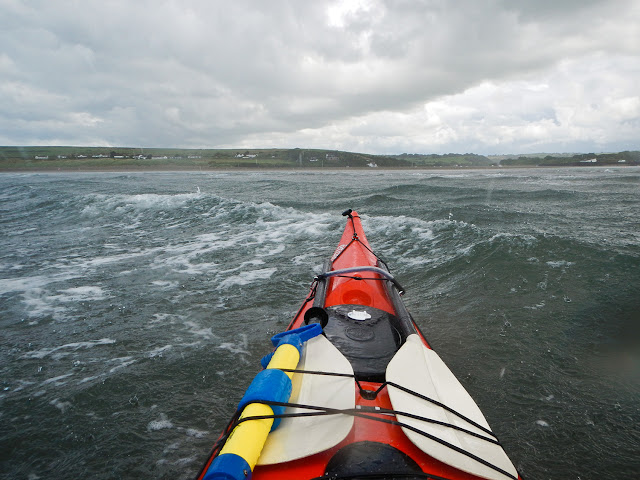 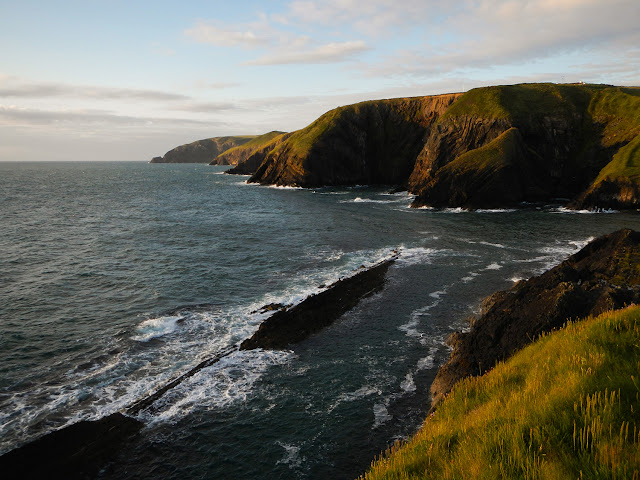