A bit of a last minute paddle this one & my first back on my local waters since Sardinia.
I usually wind Stuart up on facebook when he has days off work due to bad weather but he got the comment in before me today saying that he wasn't working because it was pissing down!
'Lets go for a paddle then' I said, 'Flat Holm?'. Game on :) 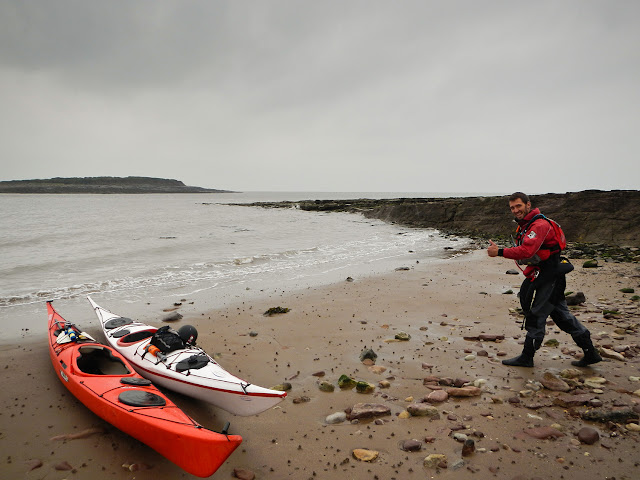 I literally had to drive straight to the beach to get there in time for the tide so it really was 'Suck It & See'. No tidal planning & no checking the weather forecast other than what I saw the night before. Probably not too sensible for paddling 4½ miles offshore to Flat Holm!

The diggers on the beach were doing a fantastic job of removing all the old building materials that have blighted the beach at Sully for so long! 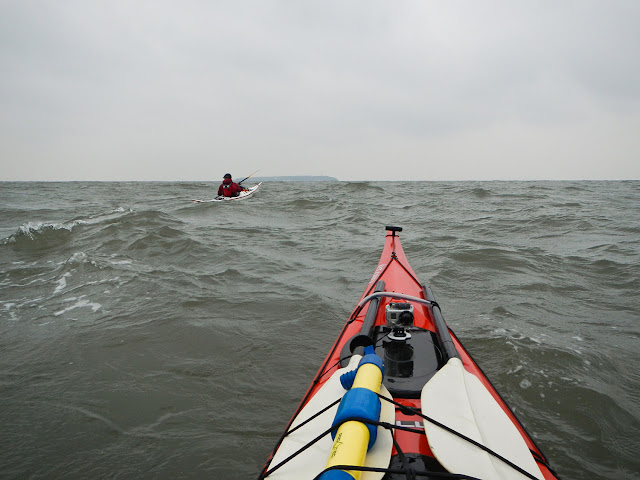 Doesn't look like it here but its about F4 with a moderate sea though we expect it to calm down as the tide ebbs with the wind on our return. 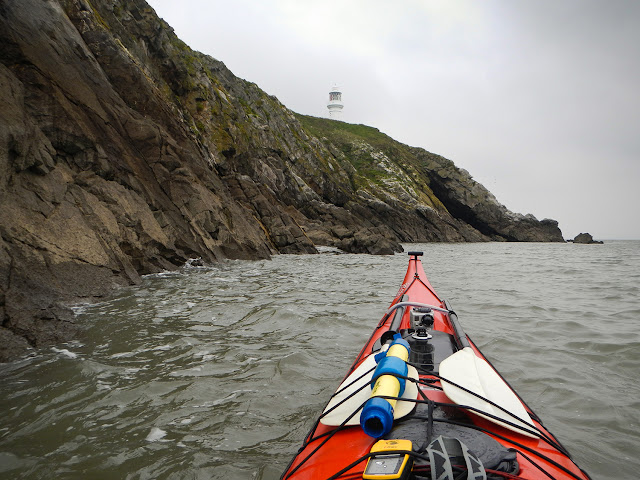 In the lee of the wind its lovely & calm as we approach Flat Holm but I expect a little more action on the East side.

not enough action really, I wanted to play :( 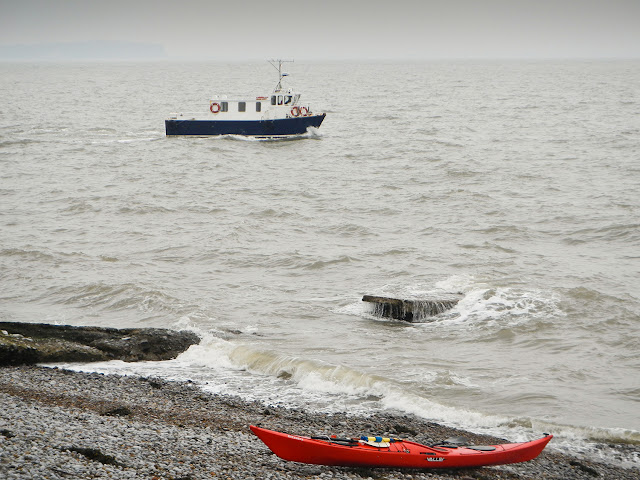 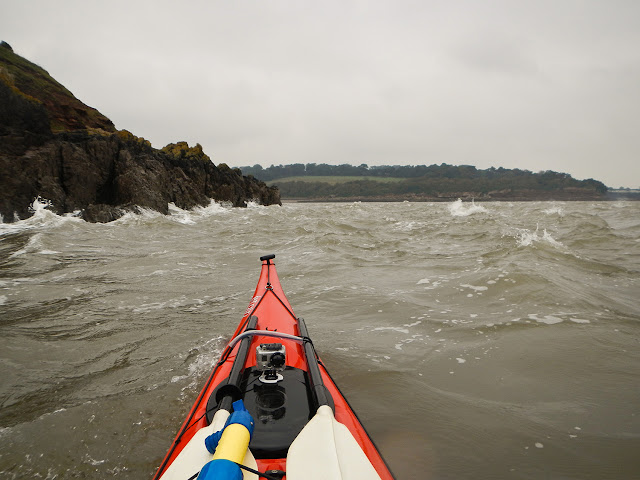 Back at Sully Island here, it was an uneventful paddle back as the sea settled as predicated but at least there was some clapotic waves to play in :D
Stuart snapped me having fun!
It was great paddling my local waters with a good mate again despite the chilly air & drizzle. Looking forward to the next one!
Posted by Taran Tyla at 19:04