OK, So I'm in Cornwall to prepare for my 5 star assessment next Wednesday & Thursday with Sea Kayak Cornwall. I'm paddling most days but not blogging as I'm too busy with 'Speed, Time Distance' calculations to be bothered with taking images, but when my Mate Mike (below) got in touch to arrange a paddle, I was naturally, well up for it :) 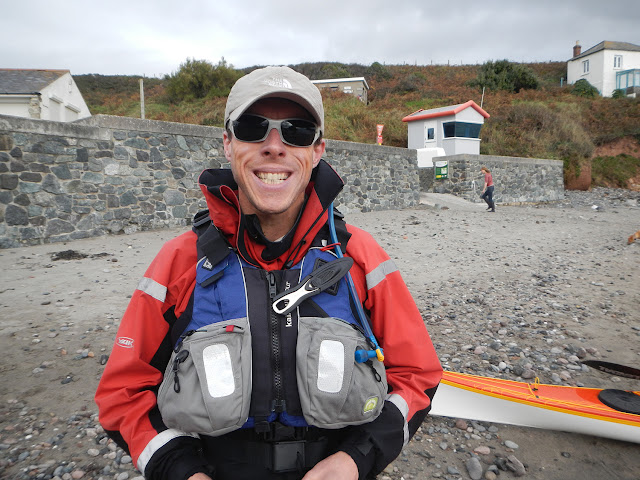 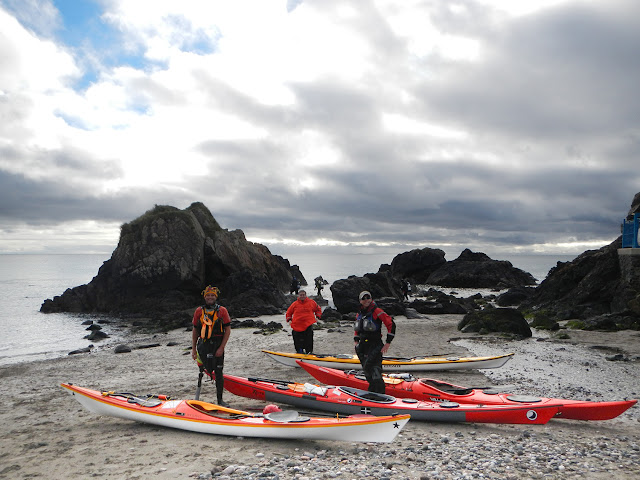 Also coming was Rick (left) & Chris (middle). We were setting off from Kennack sands on the East of the Lizard Peninsular & heading to Kynance Cove on the West & paddling back. 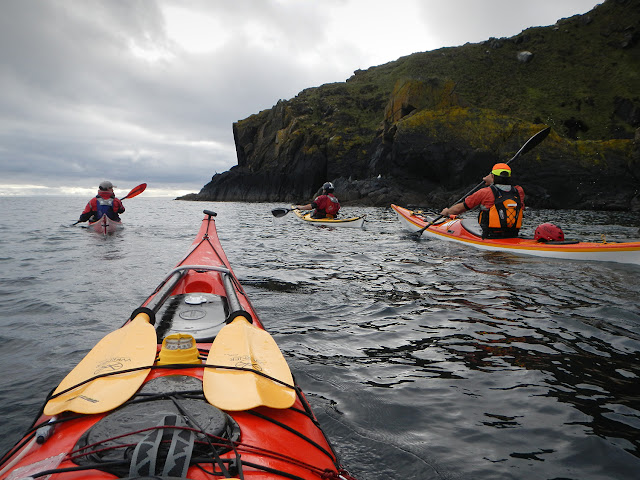 The weather was lovely & we were all pretty chuffy. 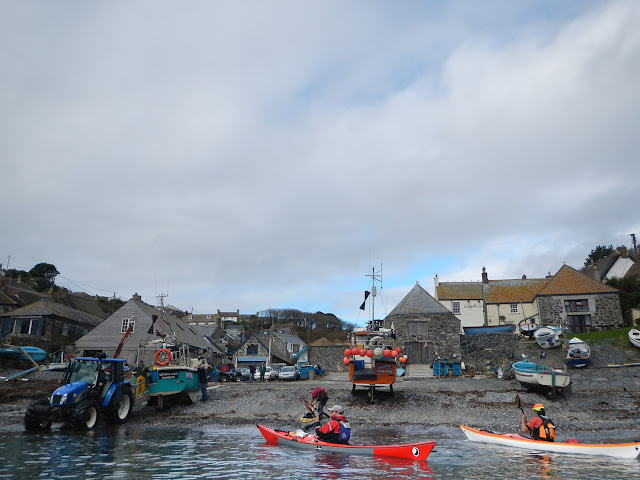 A very quick stop at the picture postcard Cadwith. 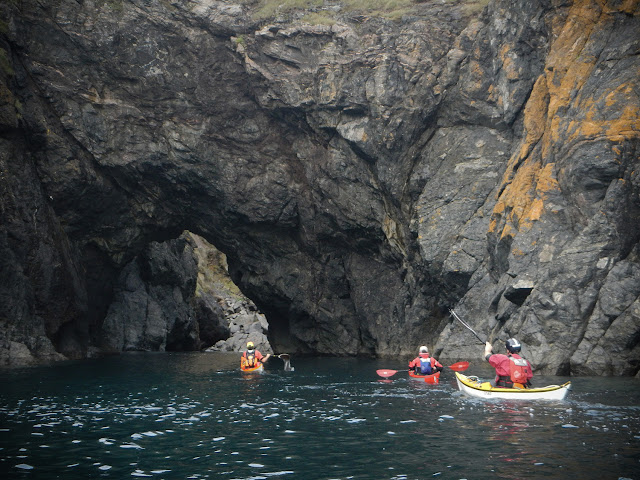 Before entering the Devils Frying Pan, a big collapsed cave. 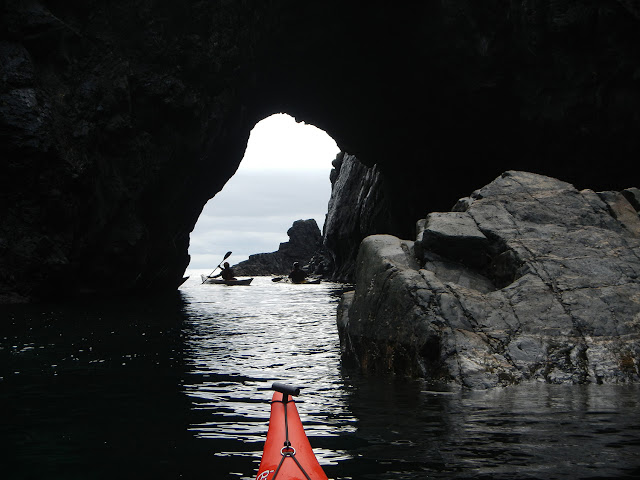 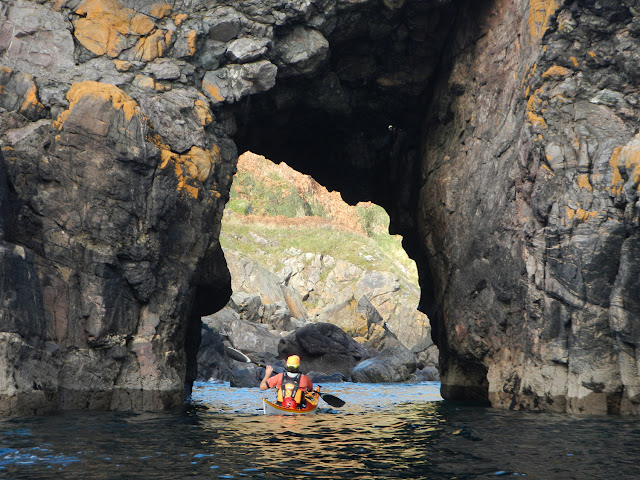 Another nice big arch, love this place :)
Me pissing about as usual! 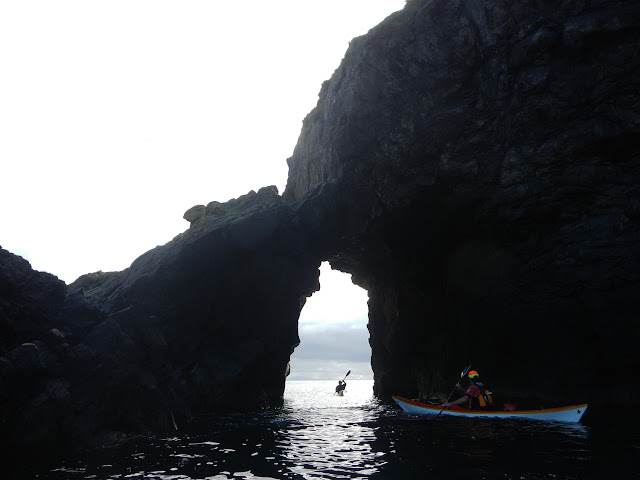 Rick scoping a gnarly gap, which he got through (Grrrr!).
My turn, to contemplate my mortality? the water was coming from three directions, swirly me about, If I screw this up I'll have to swim for it! After a few tense moments I decide to let Poseidon win this one & I beat a hasty retreat.

The swells were getting bigger as we approached the Lizard & the lighthouse came into view. 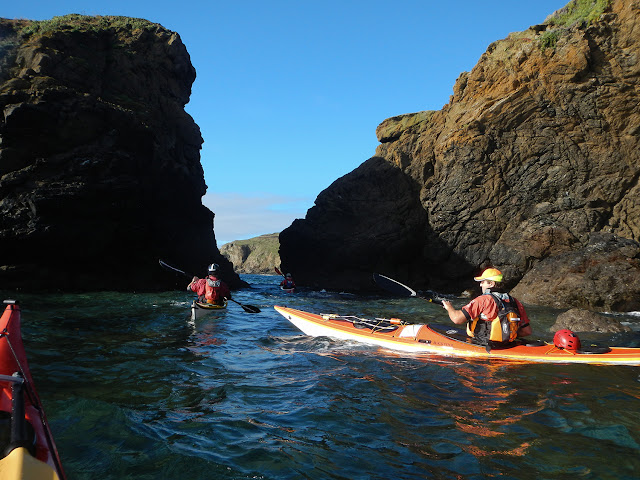 Shooting a small gap that is the most Southerly point of mainland UK, pretty cool huh?

Really feeling the swells & tide here, not huge but good fun after the calm of the East coast. 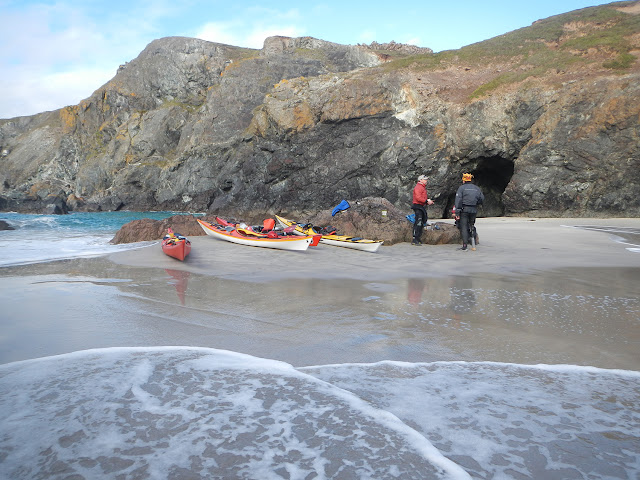 Kynance Cove & an eventful landing for me. It looked fine paddling in so I didn't bother looking over my shoulder then I heard Rick shout "theres a big one coming!". I thought he might have been teasing till I felt the back of the kayak lift :oS
It wasn't huge, but dumpy & I bongoed into a rock, just & jumped out pretty quick before the next one (LOL). 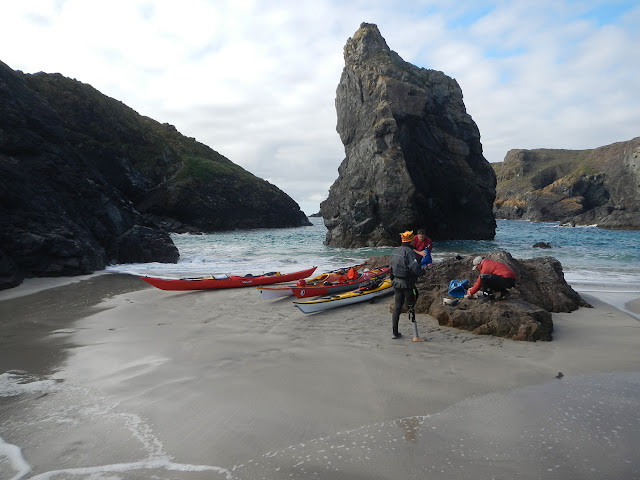 This beach is actually a sand spit that uncovers at low tide & give access to the two Islands, Gull Rock & Asparagus Island & theres some really cool caves & a fab blow hole too. 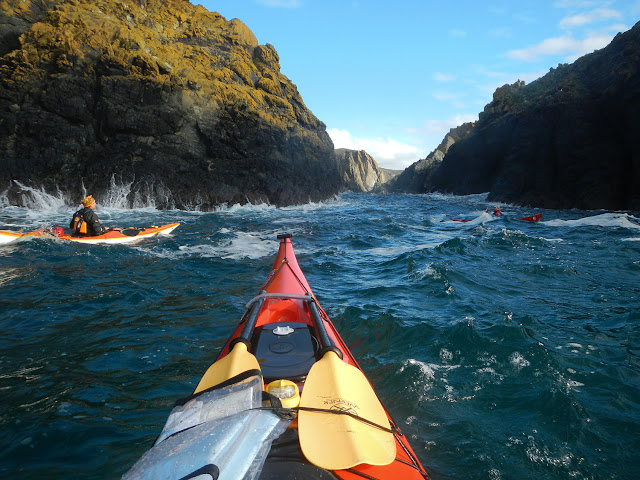 Leaving the beach Mike & Rick scope the gap between the Islands. The swells are huge & the gap small, it was an easy decision for me to bottle out :)
Mike finally came to the same conclusion too saying, "it looked scary when I was looking down on the gap", I bet.

Paddling a little more gently on the way back with tired arms, I'm still watching my speedo on the GPS though as I'm still in (Time, Speed, Distance) mode.

The swells were more gentle passing the edge of the land on our way back.

And the light was gorgous. 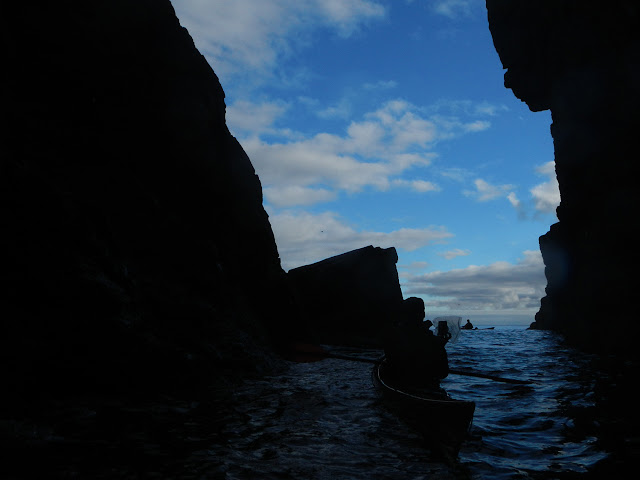 One last cave before heading back after a very special day on the water. Great to be paddling with Mike again & making new friends too :) 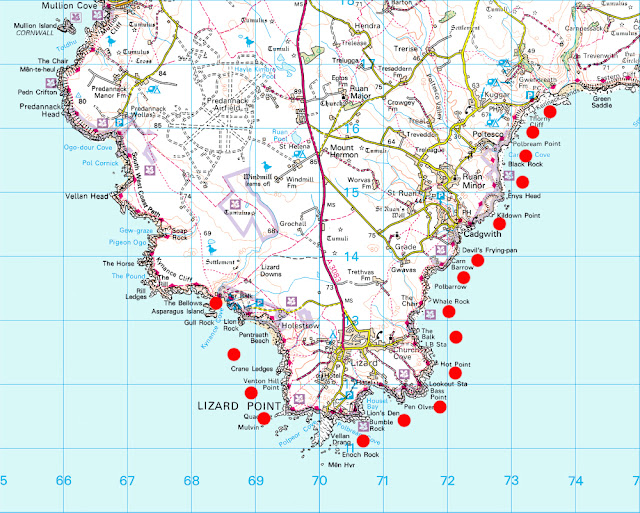