I was a bit of a lazy git yesterday, the conditions at sea were perfect for a big paddle but with the part time van driving job I'm doing at the moment, with regular 12 hour plus shifts I was content to sit on my arse & chill.

Today though I had to do something as I haven't paddled for a couple of weeks & that just sucks! 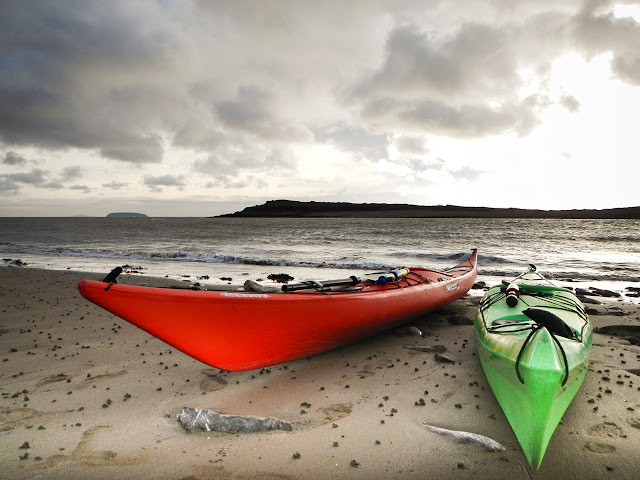 I decided to paddle from Sully & decide what to do whence there. After discussing the conditions with Gareth, my chaperone for the day, it was decided to go play in the race off Sully Island & just see what happens.

Nice & calm crossing the causeway but there was quite a bit of tide to ferry through. 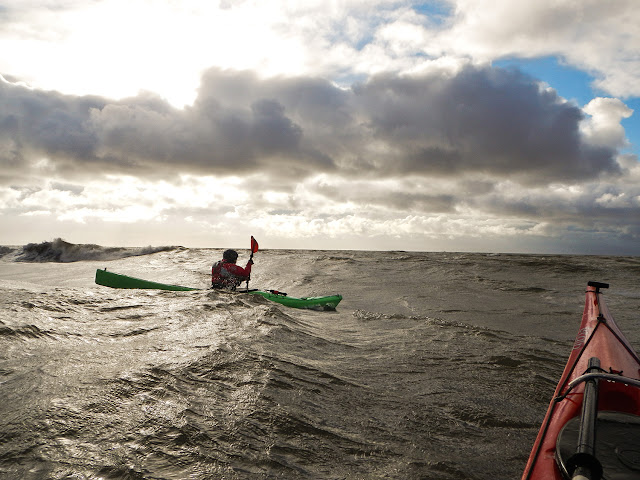 Then straight out into the race for some fun. We're still on neap tides but can expect two knots of current & an F4-6 wind following the tide. 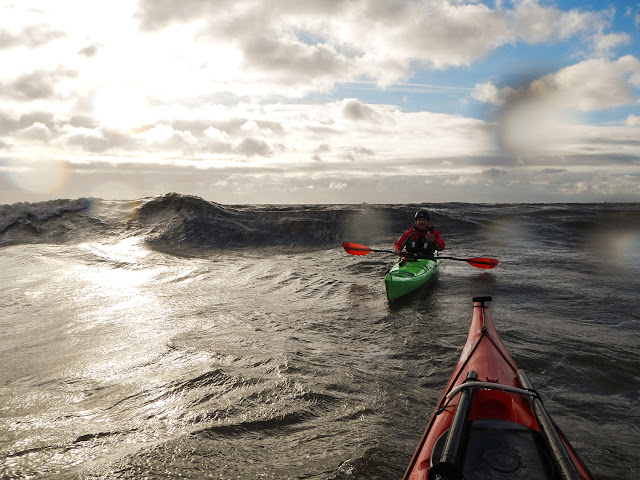 The waves are fab here, they rear up suddenly & cross each other frequently. Its a great place to practice some rough water skill's. 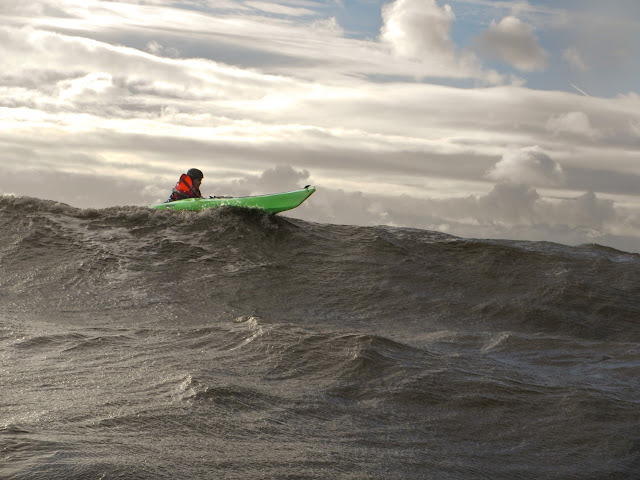 Gareth riding high on a crest.

Enjoying the bumps heading out for another run. We both caught nice rides heading back in & I buried the front a couple of times on the steep waves, Gareth thought I was trying a new move I was leaning back so much (LOL) :D 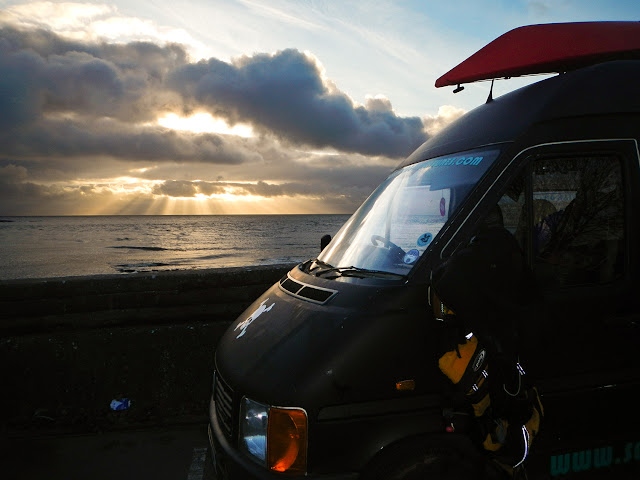 I finished the day with a roll on both sides & a clamber on deck self rescue.
Was great paddling with Ga again. Wish I didn't have to wait till next weekend before I'm free to paddle again, Pembrokeshire maybe???
Posted by Taran Tyla at 17:49