Off we go & it was clear we would have wind & tide to push against.

Finally got to meet Paul, or Geezer as I now call him :) 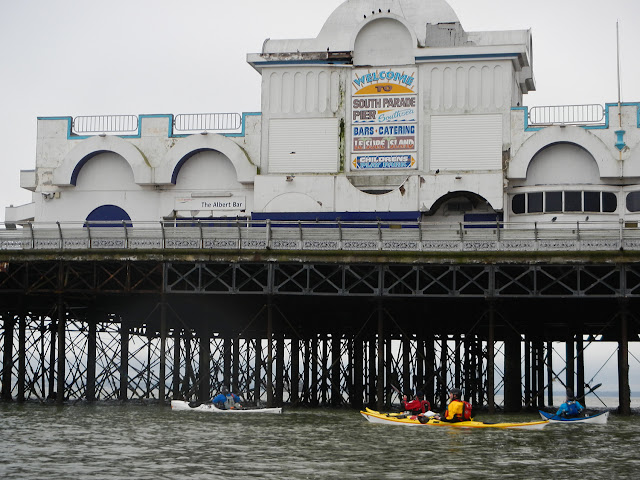 Passing Portsmouth & doing our best to avoid the traffic.

Then onto the Solant crossing as we head for the Isle of Wight.

landfall & a well earned rest, I'm quite knackered & get a coffee going. 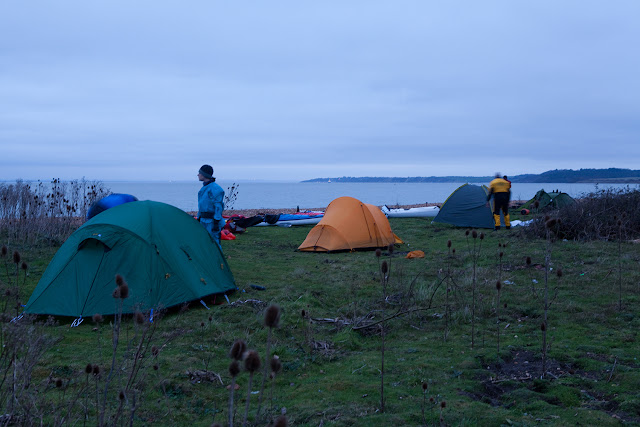 Camp for the night. We were going to push on to Freshwater Bay on the South side of the Island but were running late & pretty knackered.
Our two day trip has just become a three day! 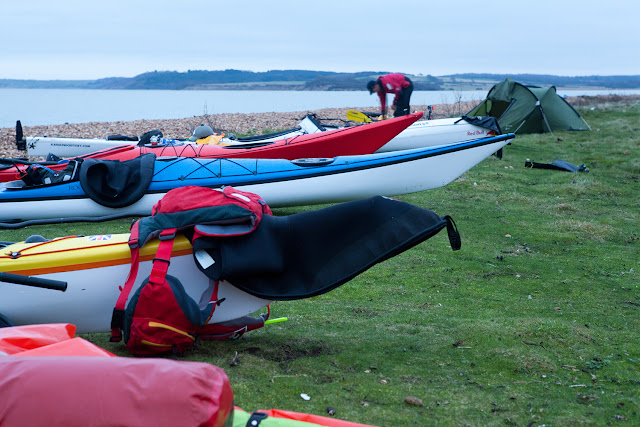 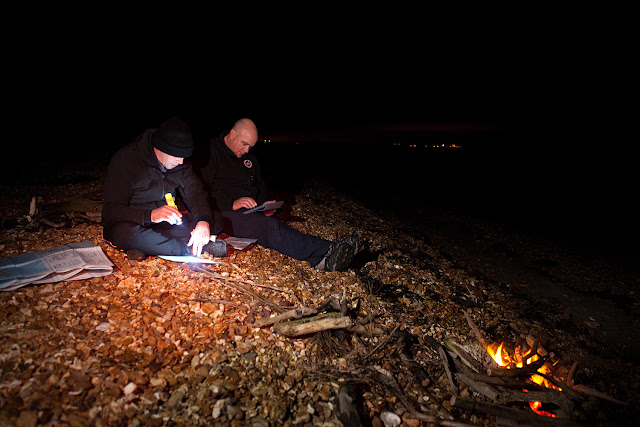 Jay & Paul did all the planning for this trip. I had no maps or charts of this area & was more than happy to play follow the leader :)

Our change of plan however meant getting up early & hitting the water an hour before sunrise. 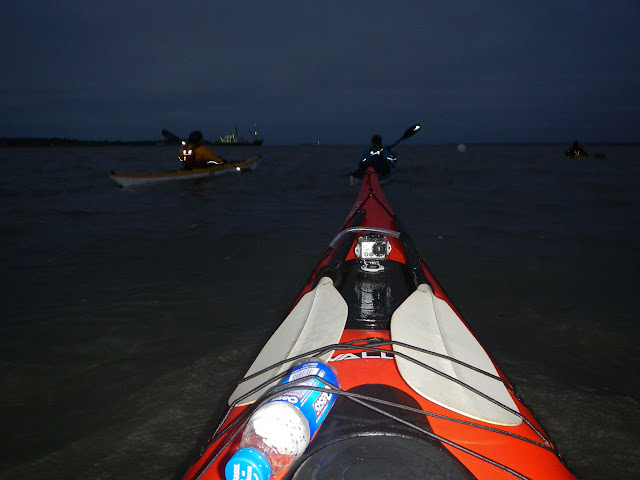 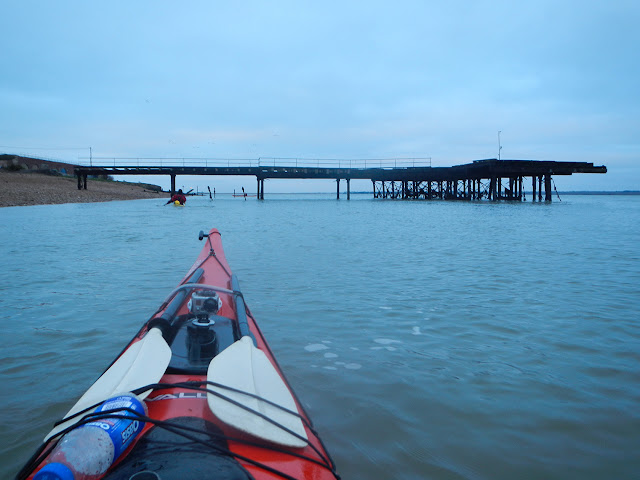 Finally the Needles come into sight.

And we meet a local paddler, Andy who joins us for part of the day. 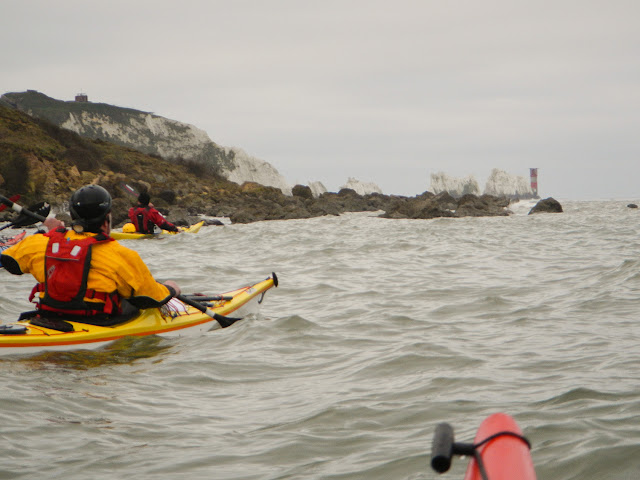 A quick break before tackling the big tide race :) 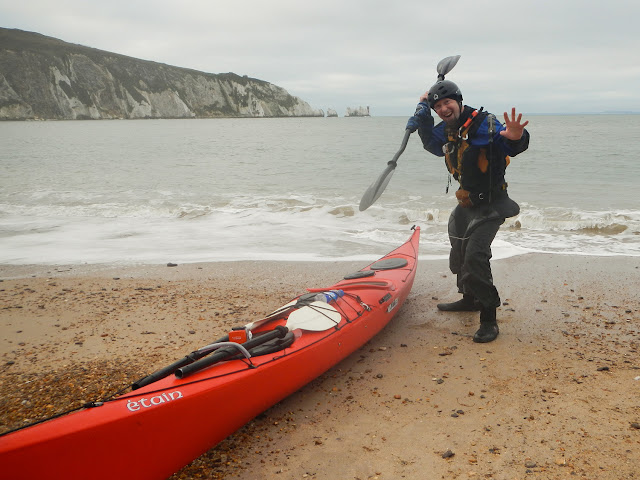 Errrr, I was trying to look hard? Epic Fail! 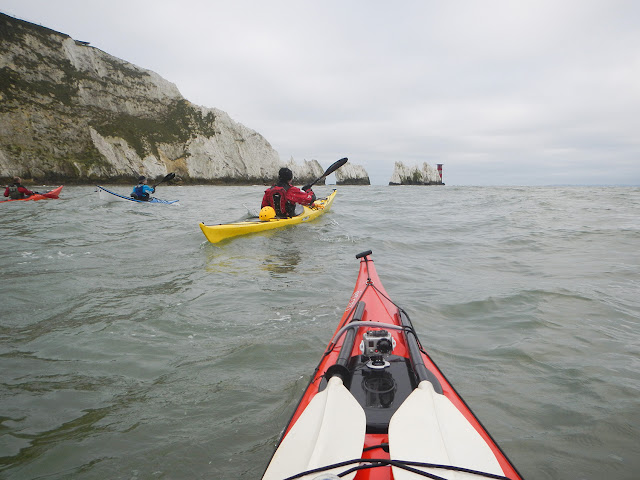 Most of the group opt to go through the gap, 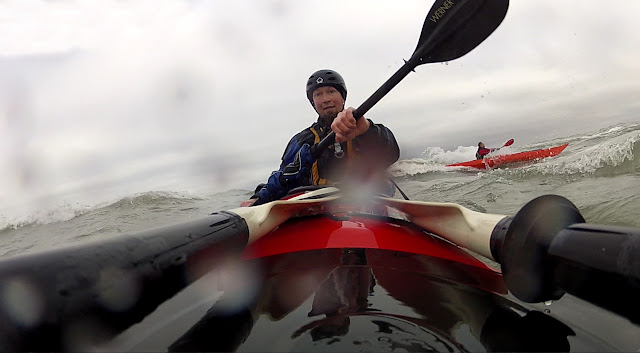 Whilst me & Andy go out for a play in the race. 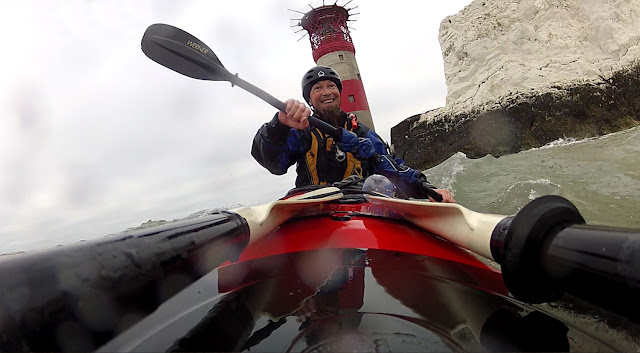 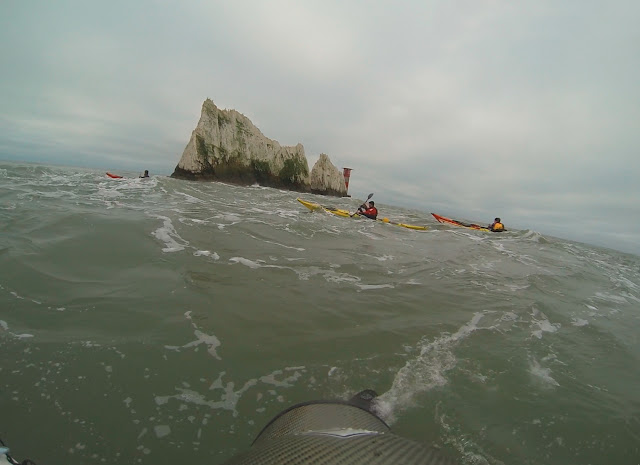 We go back through the gap to join the others, its pretty lively & Carlo had already taken a swim. These three pics are from Jays headcam, Carlo was initially going to be in a rafted tow but decided to try solo I think, couldnt hear what was decided. 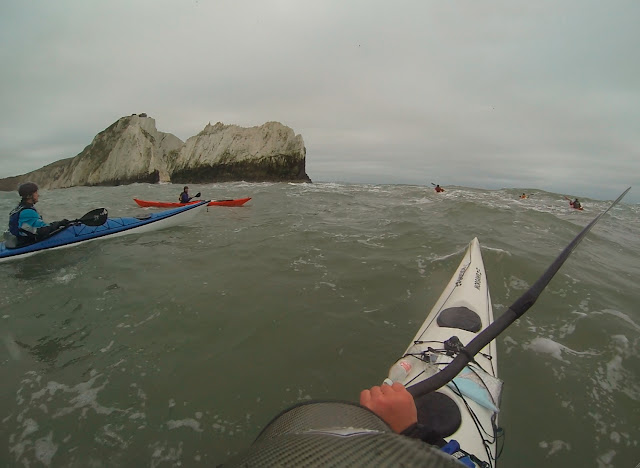 Thats Carlo in the middle, looking good through the big waves. 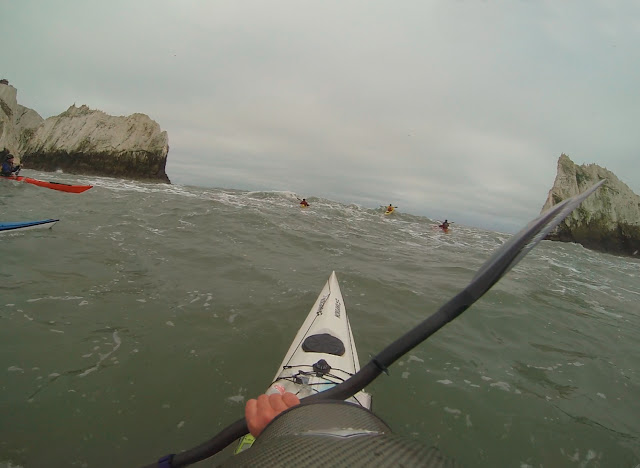 And riding high too. Unfortunately he went over when he was practically out of the race but the others got him back in quickly. The decision was now made to play it safe & head back to our start point on day one. If we had continued & got carlo through the race then he would have had an evan bigger race to deal with the following day so we cut our losses & got on the tide the way we came earlier. 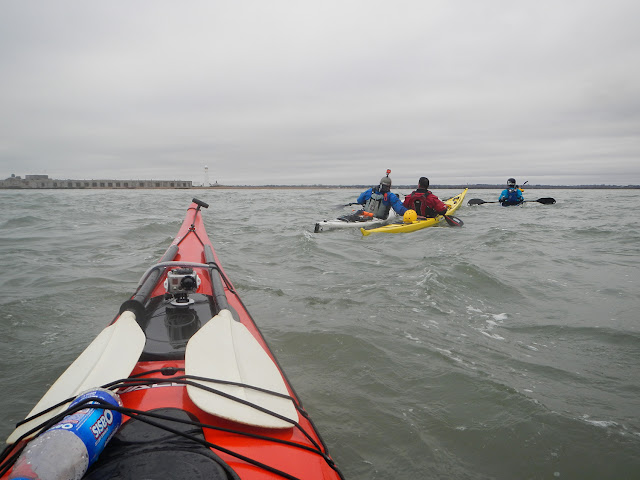 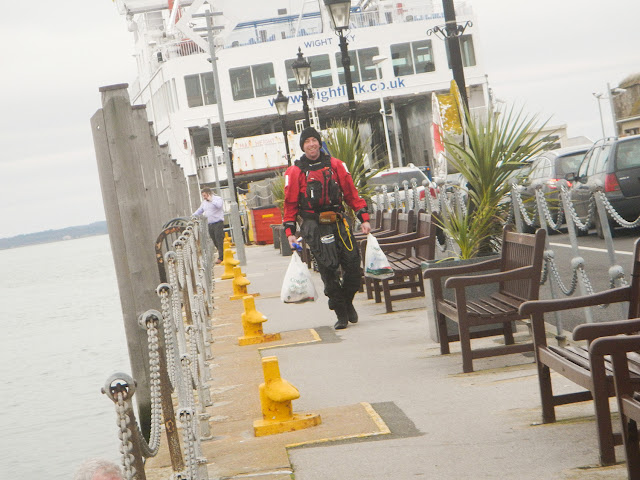 Stopping for supplies at Yarmouth. 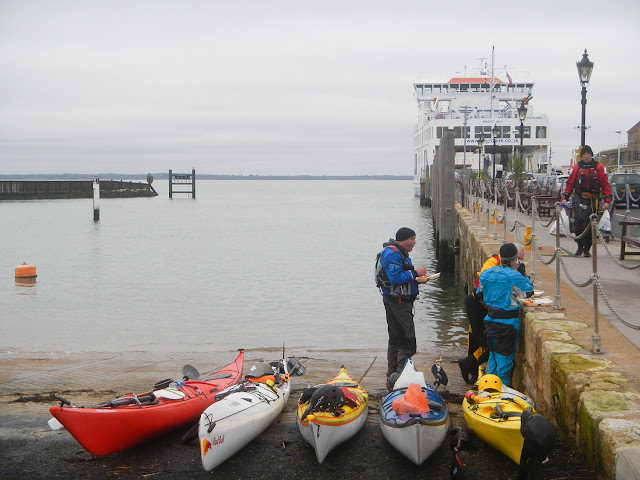 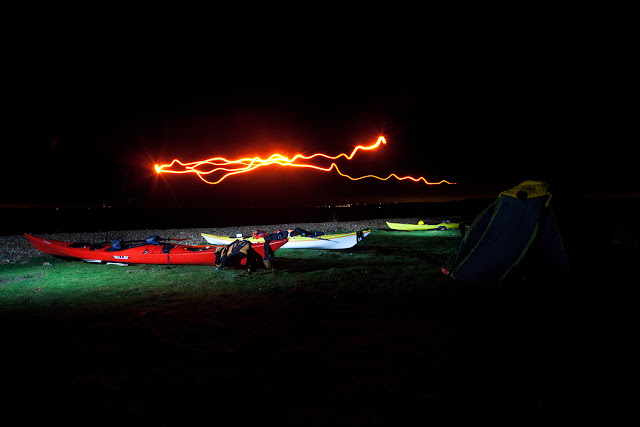 At camp that night we failed to light a fire & everyone went to bed early? so I played with my camera & flashgun, startling the sleepy campers :) 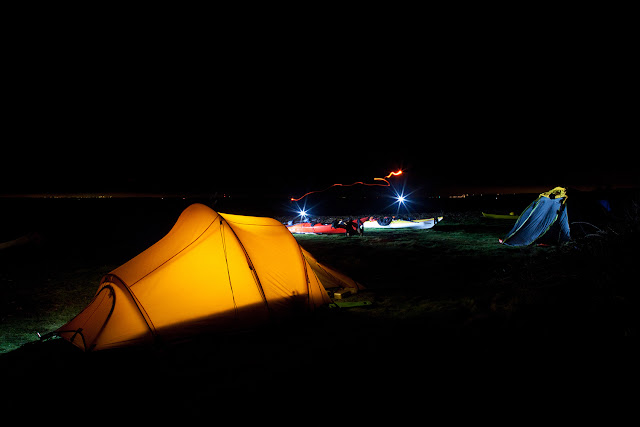 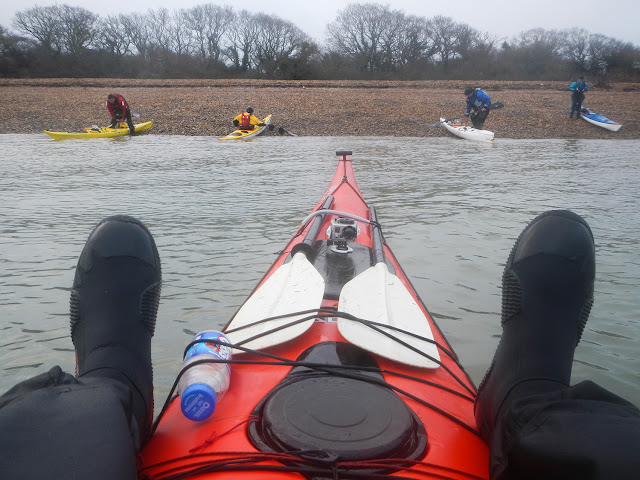 Back on the water for day three. Not an early start, 9AM & we will have wind & tide all day. 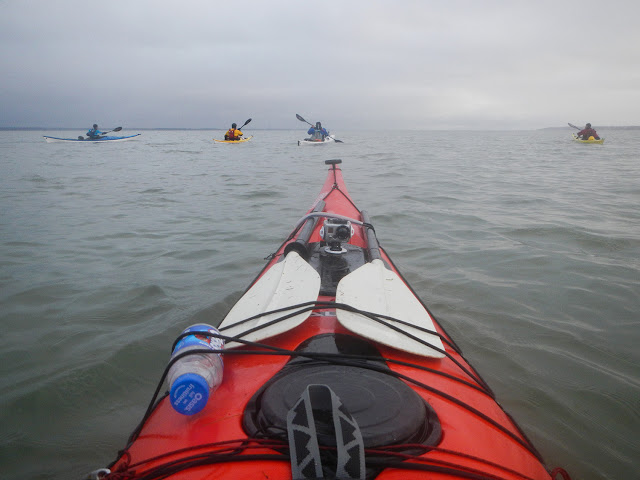 We head for Cowes then start our crossing back to the mainland. 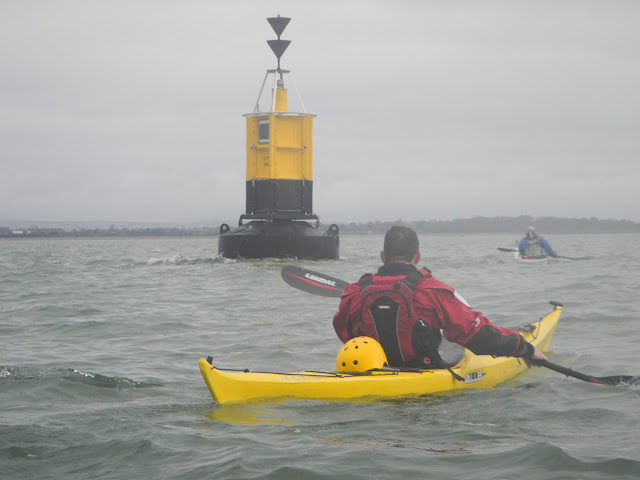 The buoys show a pleasing amount of tide in our favour though we can tell that anyway as we're flying along. 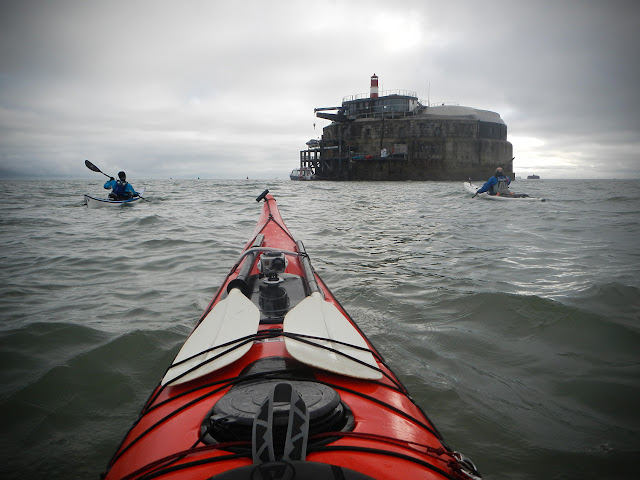 And heading back out a little to Spitbank Fort.

Finally Team Morgawr back at Hayling Island & looking pretty knackered. I had an awesome trip with good company & plenty of Shenanigans. Bring on the next adventure. 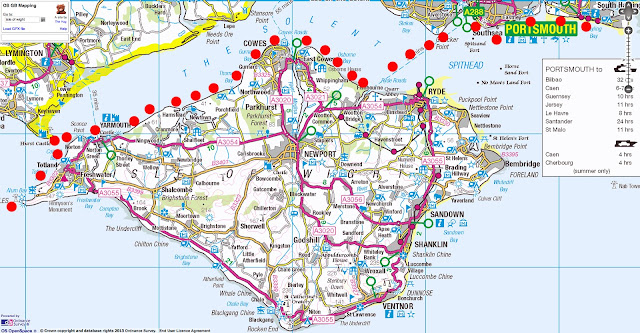 Email ThisBlogThis!Share to TwitterShare to FacebookShare to Pinterest
Labels: Camping, Isle Of Wight