This short trip was inspired by Chris & John from my local club the Glam Boaters. Their rolls was coming on were in the pool so they fancied trying it outdoors & in some rougher conditions. The outdoors part was easy, the conditions were idyllic though & not as forecast?
Another Chris & Sean were joining us too, tempted by the elusive bumpy conditions? 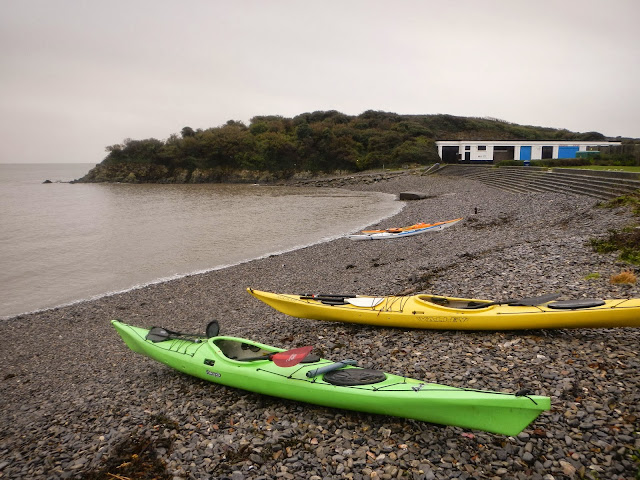 Ready for the off but we're a boat short? Wheres Chris from the club? late as usual I guess :p 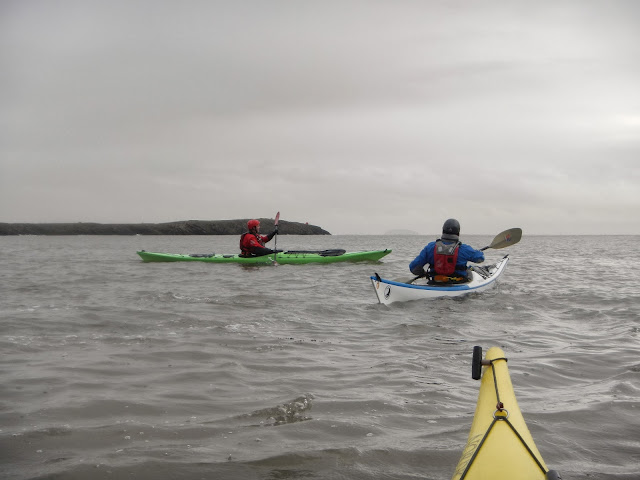 We headed out of Watchtower Bay about 20 minutes before high water & made our way around Friars Point & headed into Barry Island for a wee surf! 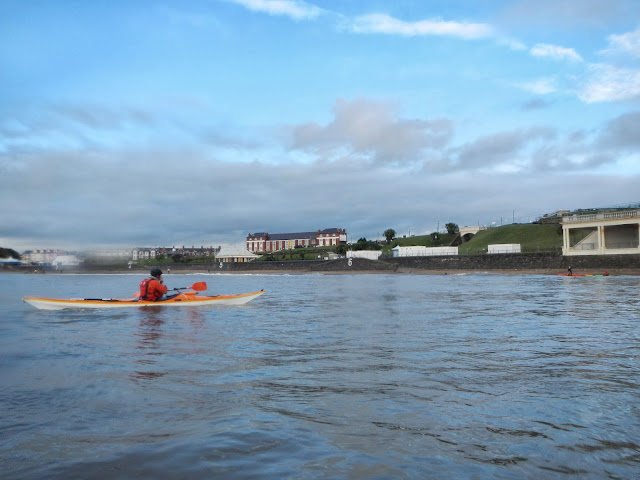 Oh, whats occurring? the surf really was wee but i managed a capsize trying to back-surf (LOL).
The plan was to let the ebb pick up speed & head to the race off Nells point as its usually quite tasty an hour into the ebb. Not today though, flat as hell! But we did practice some rolls & rescues there too & informed the Nells Point Coast Watch of our intentions to avoid them calling the Coast Guard! 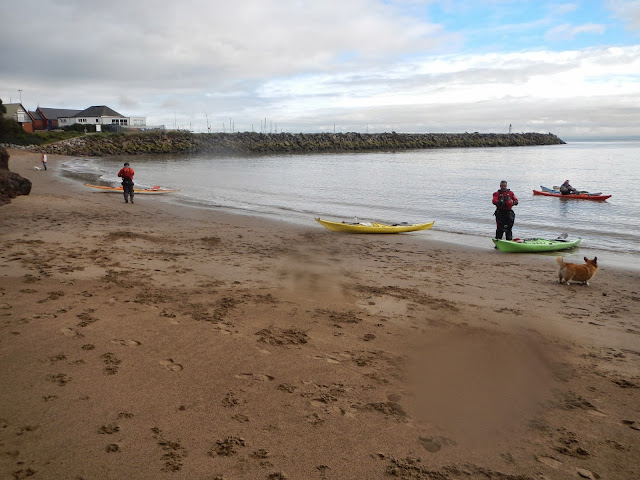 So we pull into Jacksons Bay for some fun :) 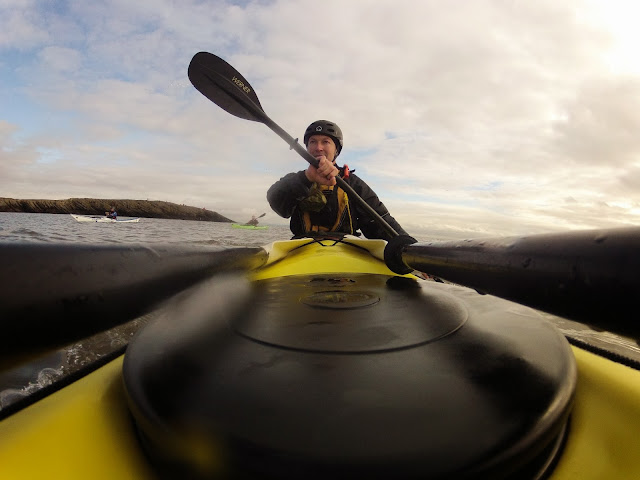 Before a gentle paddle back thoroughly soaked :) 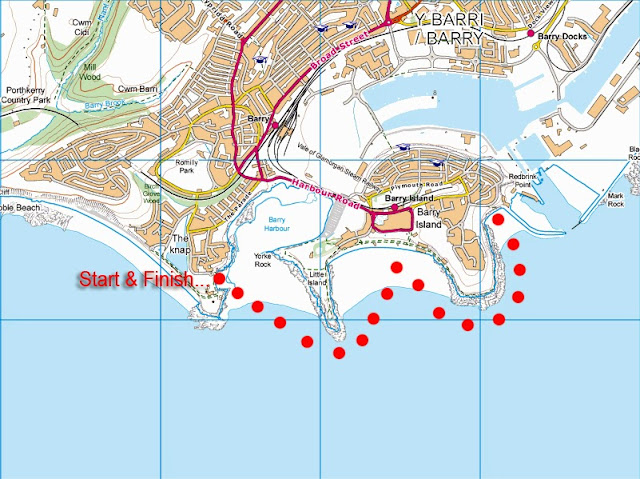