So todays trip had a serious plan, training for my upcoming 5 star assessment. Nav training to be precise but I couldn't find my OS map anywhere so there was little point doing a tidal plan if I'm unable to do vector diagrams. I needed a plan B & I call plan B winging it! That's right, a guesstimate which is always interesting on a 13.5 metre spring tide!

I met up with Noel in Penarth again, we left a car there & were starting from Sully with the intention to paddle back to my car via Flat Holm, something I've never actually done myself despite having been there lots of times. 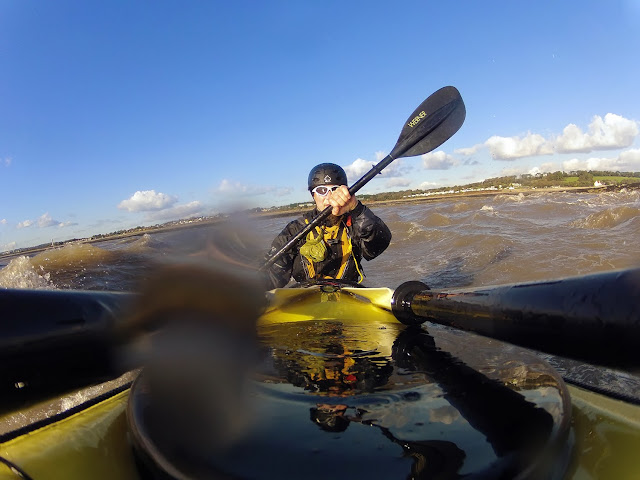 The race of Sully island was much smaller today but still fun :)

We head out into the wide brown yonder!
Another 4½ miles to go.

It started getting lumpy as we neared the Island as the tide started to squeeze around this remote outpost for adventurers. 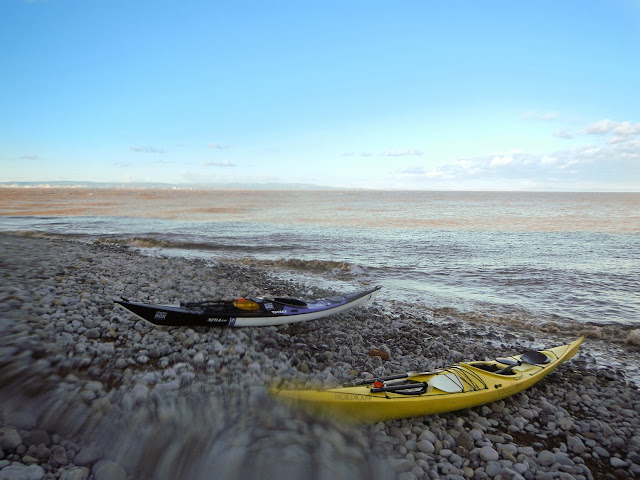 We pulled onto the Eastern beach to discuss our options as the conditions were quite lively despite only being in the first hour of tide. I know the conditions in the image look idyllic but the island is sheltering us from the wind here!
We had planned to stay a while & head back in the third hour of the flood, arriving in Penarth as darkness falls. The tide would really be ripping in the third hour & the conditions were likely to deteriorate so we decided to stop only long enough to drink & pee & continue on. 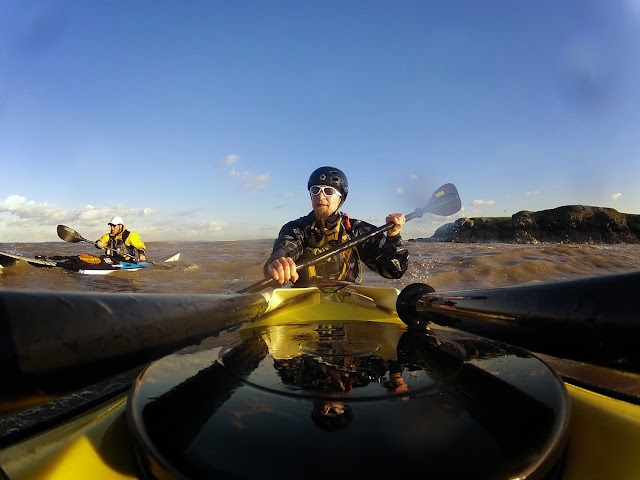 We were duped really, the rough conditions didn't last for long & were only created by the island obstructing the tide. The sea soon flattened off & became idyllic. 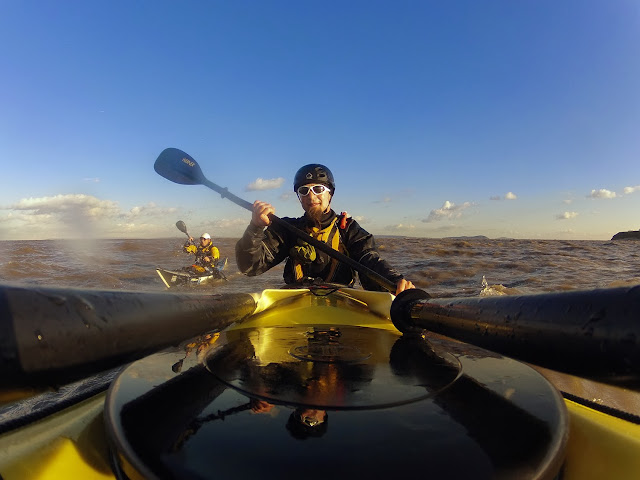 Well I say idyllic but we were still on a mean ferry angle across the ripping tide! This was gonna take longer than planned! 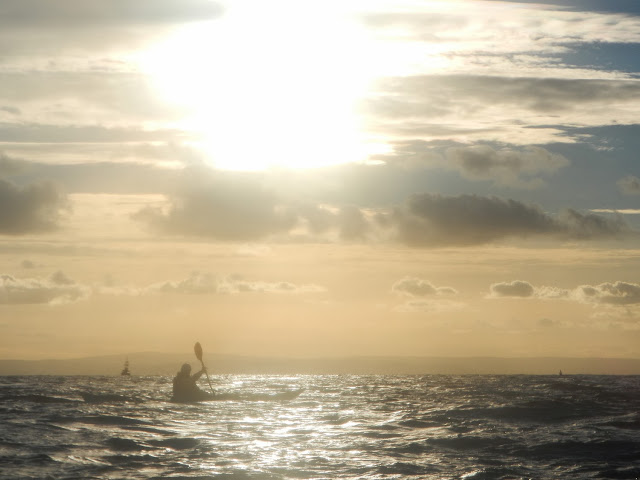 As the sun sunk closer to the horizon the light became more beautiful & made me feel very lucky to be out here. 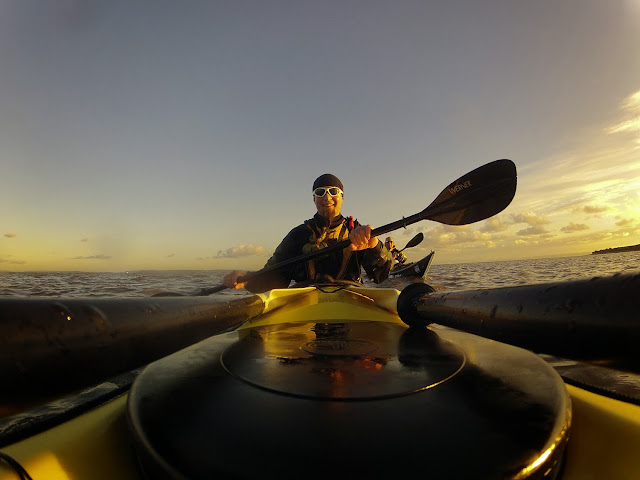 Nearly there & the thought of peanut butter & jam sandwiches was making me evan happier :) 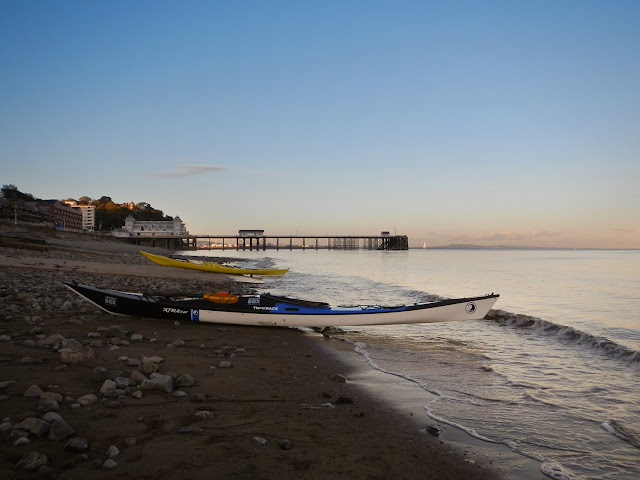 I finished with some rolling practice which was chilly without my drysuit. I've sent that off for repair.
Not quite the nav training I was planning on but an awesome day out all the same :) 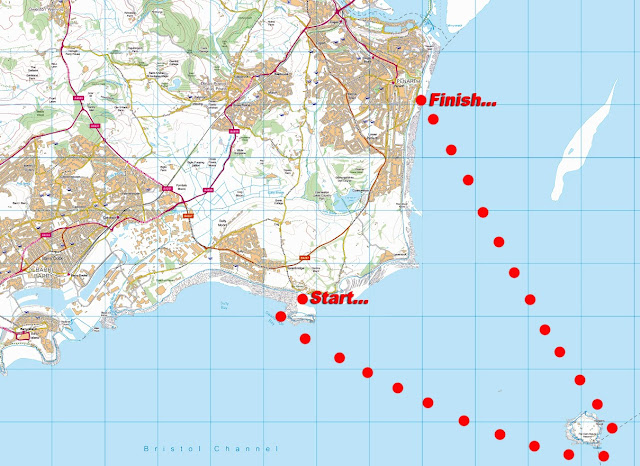