After yesterdays freezing paddle in the Bay I arrive at Llantwit Major to find the weather pleasantly mild.
I meet up with Jules, Eurion, Stuart & Andy with high expectations of a great day out. 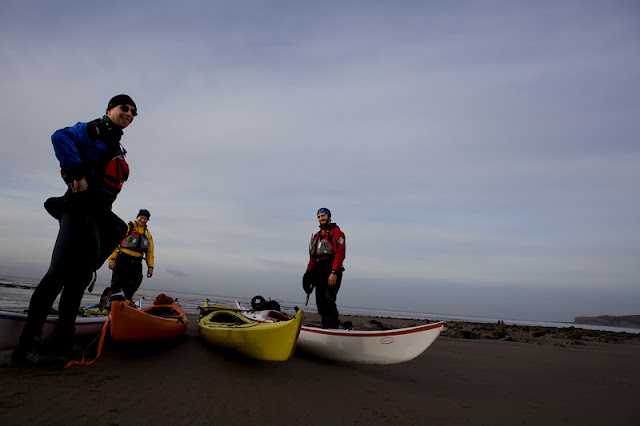 Waiting for Andy, not living by the coast he awoke to a winter wonderland that made him late. The rest of us had an easier drive to the beach. 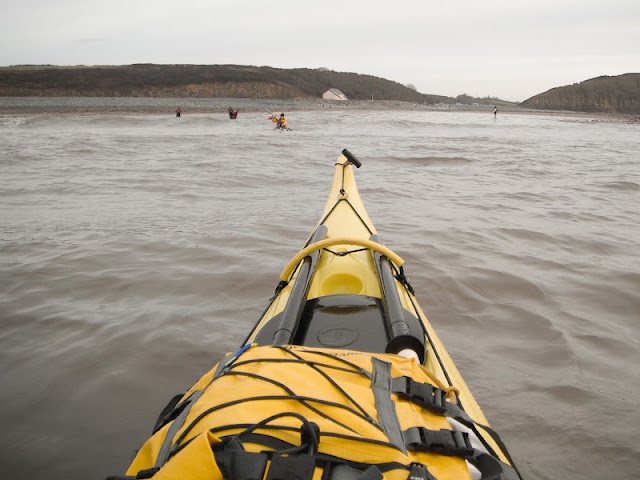 We paddled out through the small surf at Llantwit with the intention of reaching Southerndown though with half an hour till the tide turns we'd have to get a move on to pass Nash Point. The current really rips through Nash & we'd rather not go against it evan at the start of the flood. 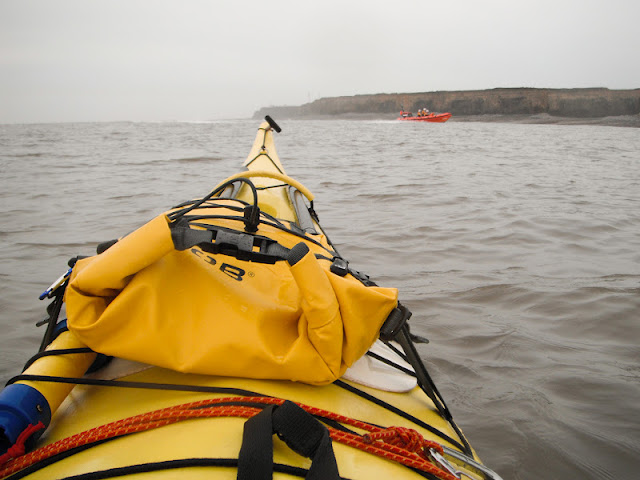 The coastguard were running exercises from St Donats & kept going out to Nash Buoy?

Nash Point Ahoy. I love paddling here, its a stunning location & the tidal flows are huge.

We surf in for a well earned break just past Nash Point, we had worked hard to get here before the currents picked up too much but we still had to paddle against some flow.

Back on the water & I'm clowning around in the waves again. Just after this shot (thanks Stu) I got taken out by a big breaker. I tried to paddle over it but got pushed back & capsized. I felt around with my blade but couldn't get it out of the water to roll, evan swapping sides so I took a swim & I was surprised to see Andy swimming too. At least we gave the others a laugh :) 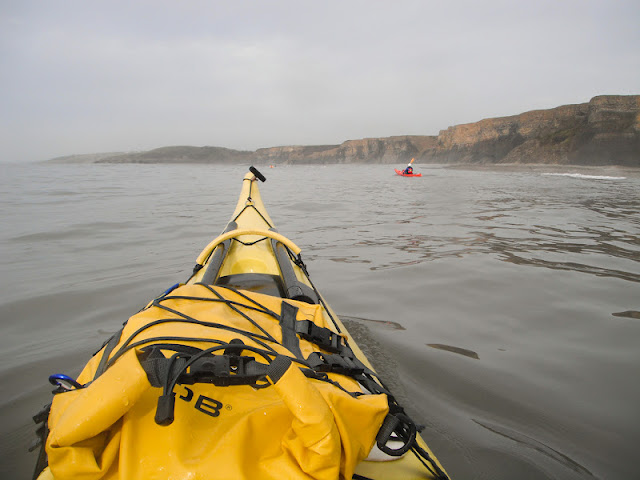 Paddling towards Southerdown we could see big swells pushing through & with Southerdown being a surf beach it was likely to get exciting.
You can just make me out waiting to make my run, sh*t some of these waves are big. Luckily I made it ok & enjoyed watching the near carnage as Stuart & Andy came in. Unfortunately my SLR packed up & I didnt grab my other camera in time so I didn't get any shots, lets just say Stuart was quite lucky :)
Paddling back out & we all took a beating. Andy, Jules & Eurion all practicing their rolls. It was quite a relief to get through the surf zone. 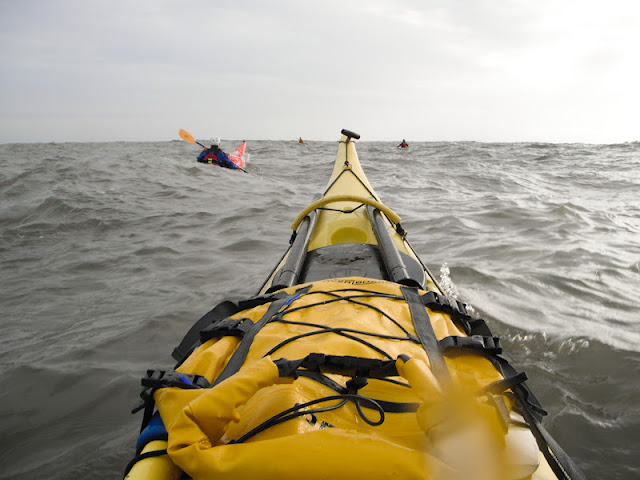 Heading back & we reach Nash in quick time with the current urging us along. 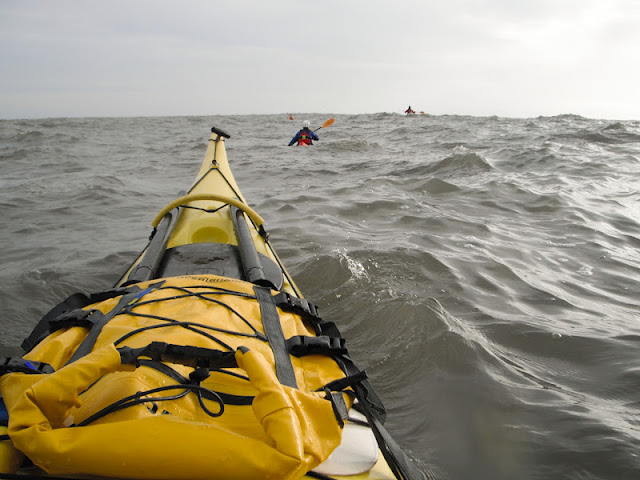 I was getting a little bumpy too. 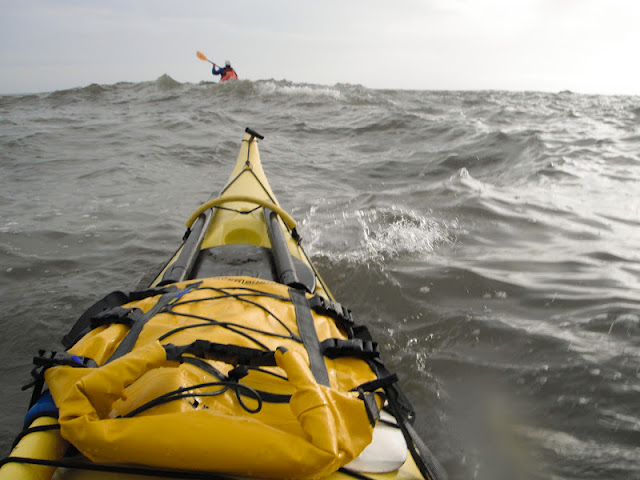 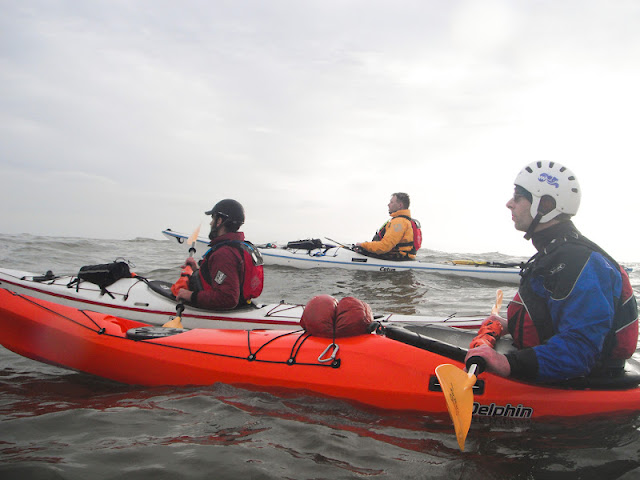 Looking towards Llantwit to try & see how big the surf was going to be? 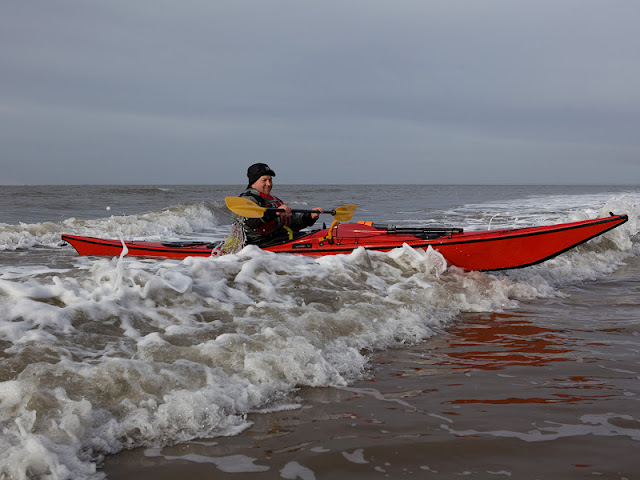