I was meeting up with Gareth today as he wanted to practice his navigation in preparation for a 4 star assessment.
We met up in Penarth & left a car there as we were paddling from Barry to Penarth, one way:) 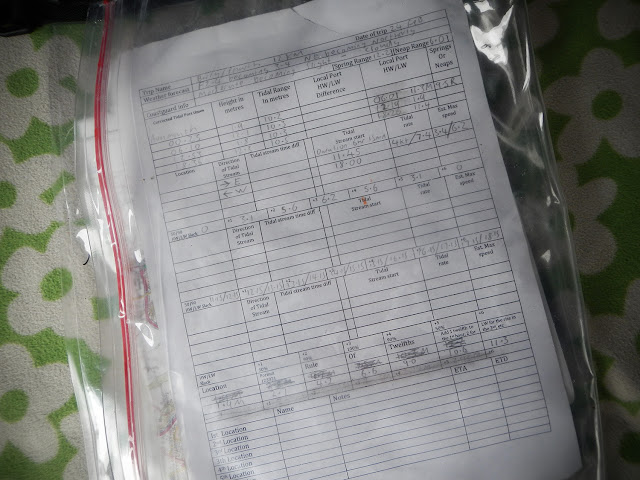 Once at Barry we used Myvanwy as a mobile classroom as it was a little warmer than outside. I started by showing how I prepare a tidal plan & where I get the information from. As a brief overveiw of my plan I've listed the route, distance, weather, tidal port & local port tide times, flow start times, tidal estimated max speed, 50/90 rule & rule of twelfths for the tidal heights.
Gareth had brought a sheet with the tide times & tidal diamond info from a sea chart which is a good start. 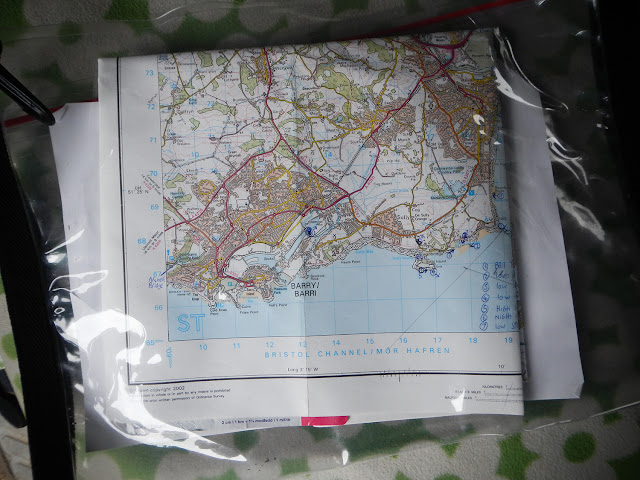 Then we had a look at the route on the map & I asked him to show me where the potential hazards were which he managed fine. I also explained the difference between a tide race & an overfall as we'd be passing a few of these on route.
Finally before hitting the water I got him to take a bearing from the map for our first section of the trip & how to measure the distance with the roamer. 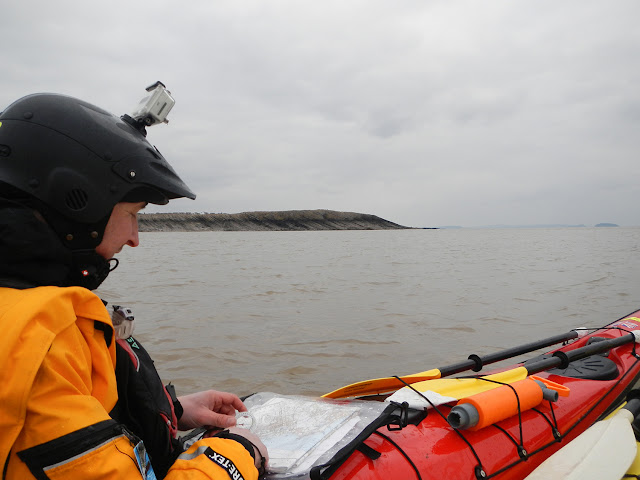 OK, onto the water & time to put it into practice.

A small error to start with so I took a bearing myself & we were underway & heading to Nells point. 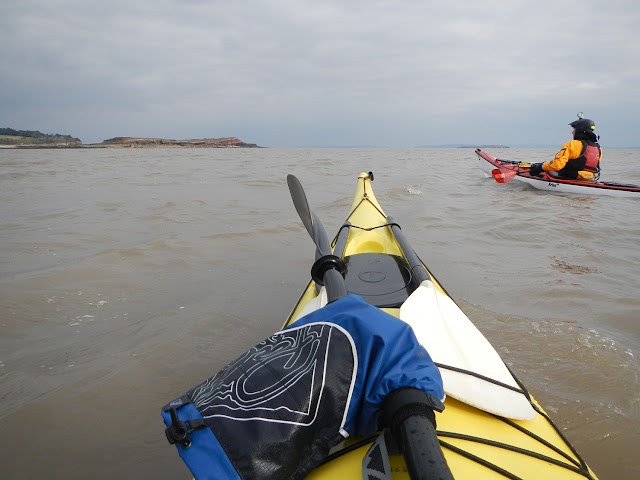 Gareth took a successful bearing from the map to Bendricks rock & another from there to Sully Island. I think he's got it :) 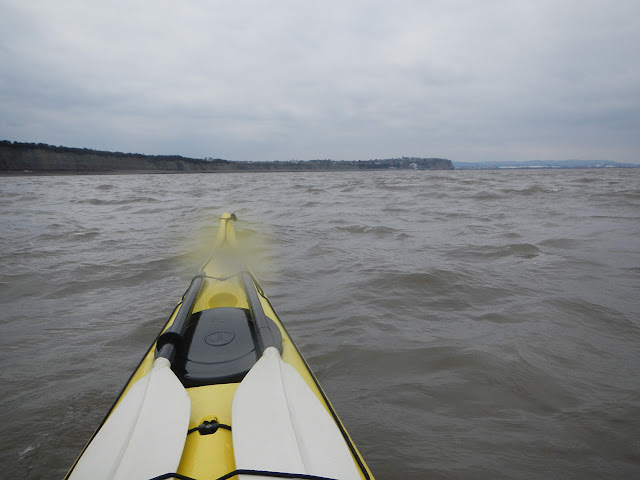 From Sully Island to Lavernock I get him to try timing the distance. It was wrong as we were clearly in some tide but thats fine as he can see how the principal works which was the point.

From Lavernock we just chill & enjoy the paddle. The coastline is pretty featureless here anyway.

The renovation work on the pier ain't too pretty but i'm sure It'll look great when its finished.
I had a fab day playing as 'coach Taran' just wish I could afford to do my level 2 training or my 5 star assessment come to think off it. Maybe in a few months. 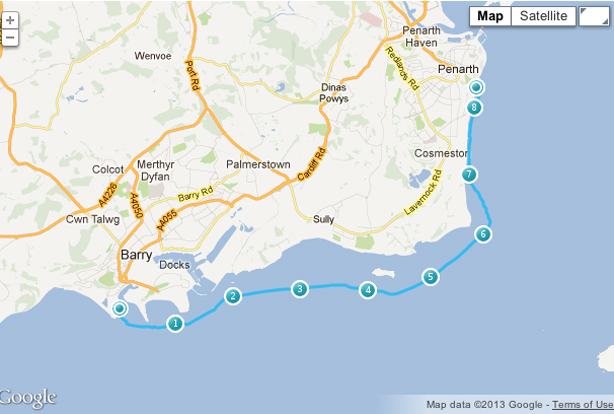 Heres the map of our route that I pinched of Gareths tracker page, Cheers Ga ;)
Posted by Taran Tyla at 13:13