Who's Bloody Idea Was This?

Just a quickie this one & unfortunately I couldn't apportion blame as it was my bloody idea though given the choice I would have organised this trip for the sunny Saturday we had instead, but no one was free then.
So here I was at Barry Old Harbour on a cold, wet & windy Sunday ready to meet up with some fellow Glam Boaters for something? weren't sure what till we met up but as they are relatively inexperianced it was gonna be a skills/confidence building based day. 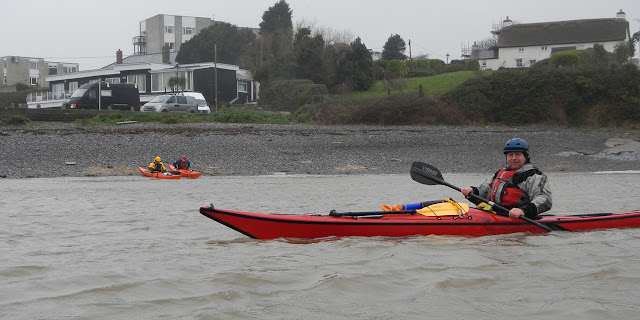 We actually got Andy (above), the club coach out which was nice as he can take charge ☺ 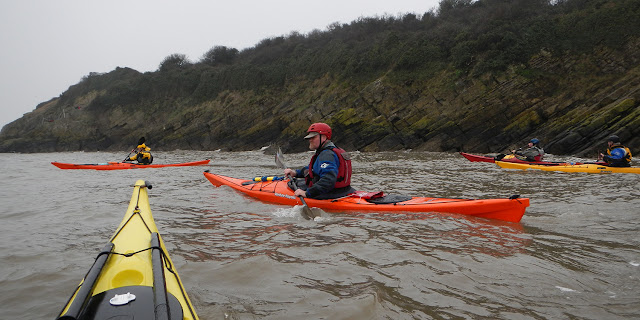 Coaxing them out towards a little swell, they weren't too keen? In font is Steve, nearest me is Chris & Peters in the yellow boat. 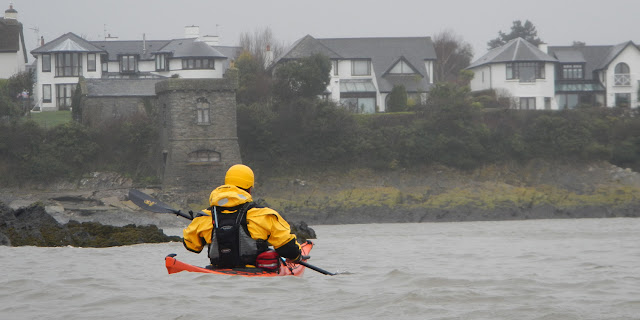 Andy had them paddling back & fore in the little waves to get a feel for surfing. Theres were bigger waves off the point & I snuck out a couple of times for a little play☺ 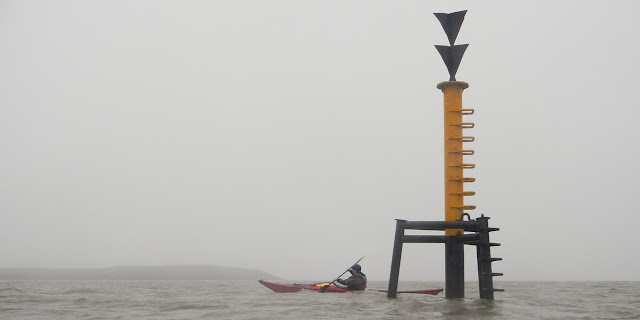 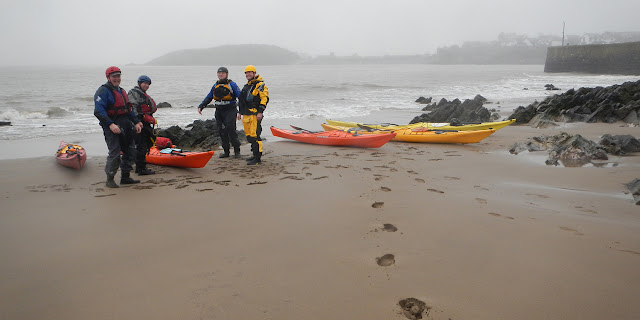 Everyone was getting a little tired with all the wave chasing not to mention paddling in the high wind so we stopped on the other side of the harbour for a break. 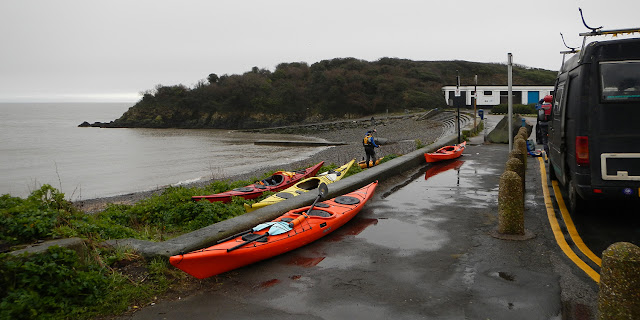 before heading back to Myvanwy for a cup of tea. Though not before doing a couple of roles to end the day.
Not much of a paddle but the guys certainly benefited from it & I actually enjoyed myself too, spot on☺
Posted by Taran Tyla at 16:22