Today I decided to take Peter from the Glam Boaters to Flat Holm. Although he's a decent kayaker with a good roll it would only be his second trip on the sea.
The forecast was for North to Northwesterly F3-4 becoming F4 with a slight sea. I considered changing the route to one following the coast but I reckoned he'd be OK in this & it was calm at Penarth when we left. 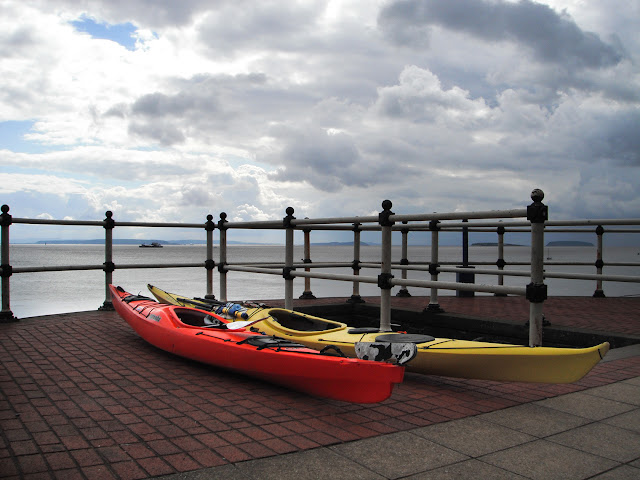 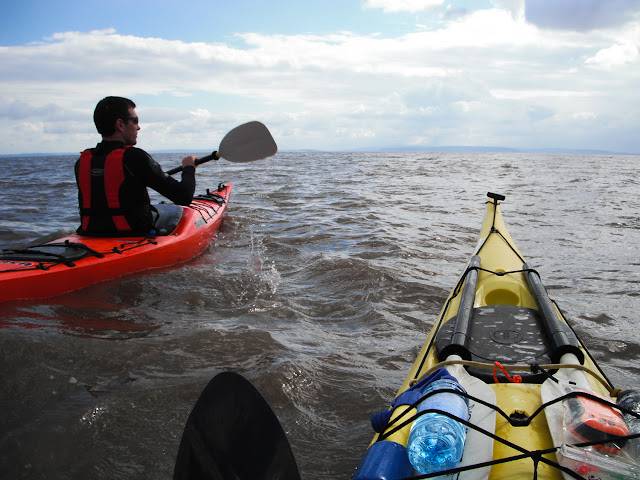 All calm to start with. 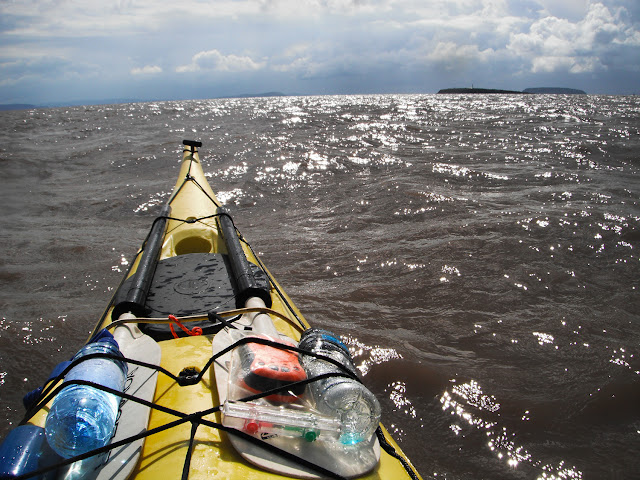 Getting bumpier as we near our destination. 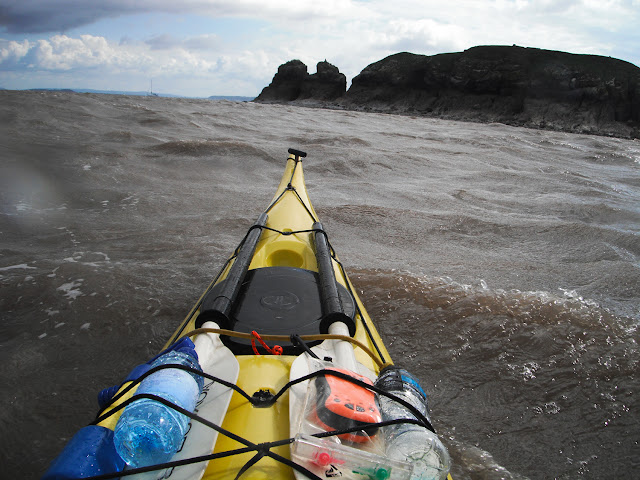 Things started to really pick up about 1 nautical mile from Flat Holm with some decent standing waves in places as the last of the ebb pushed against the wind. 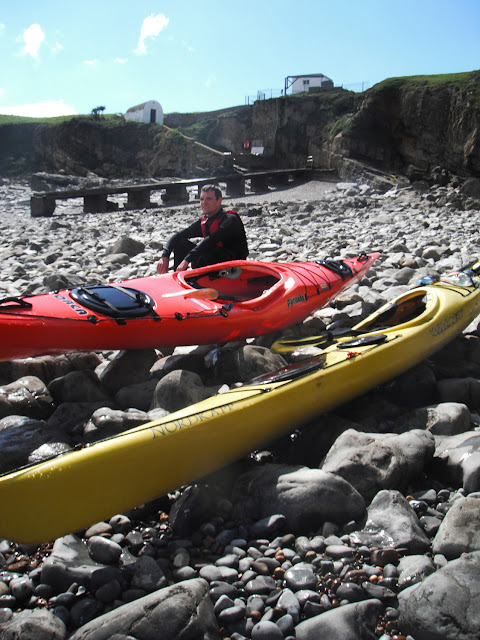 Time for a rest & explore. I do my tour guide bit knowing quite a bit about the island after so many trips there. 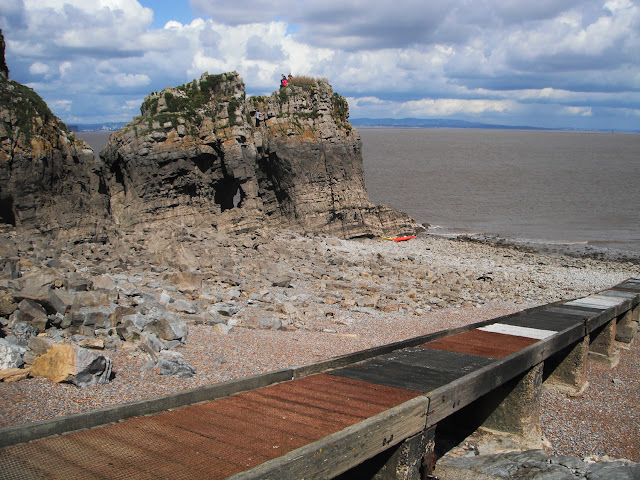 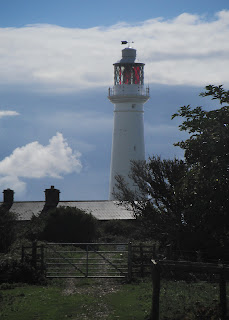 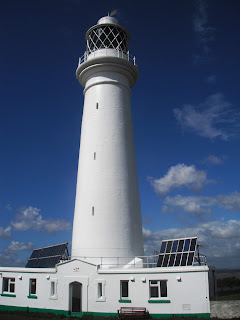 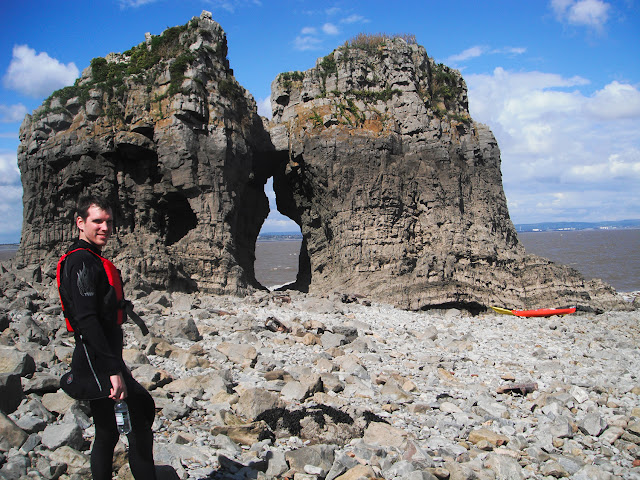 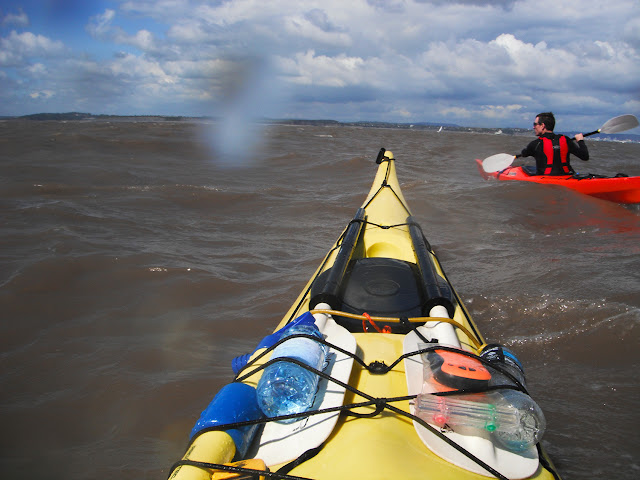 Things were quite bumpy leaving the island & just got worse for most of the trip back. 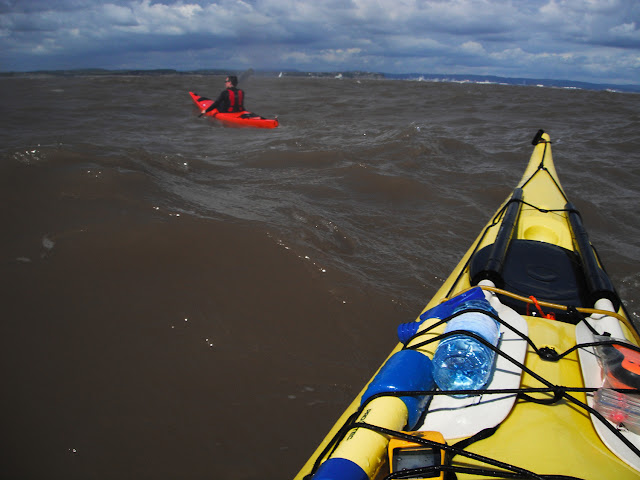 The predicted slight sea was now a moderate sea state with swells reaching about 2 metres. The swells were messy, breaking and hitting us side on as we battled into a force 4 headwind, this ain't the introduction I had in mind for Peter.

We were drifting on the tide as Peter struggled to to keep pace so I popped him on a tow line to give some assistance though told him to keep paddling. This worked a treat as we were now up to pace.
I was pushing hard to try to pass the left side of South Cardiff Buoy, it was touch & go & I couldn't cut it too tight as Peter was on a tow.
I didn't get a chance to see if we'd make it, the line went tight, Peter was over.
Fair play to him though as he'd made a few attempts at his roll but eventually took a swim. The waves were over a metre at this point so its easy to see how his roll failed.
I did a quick X-rescue to get him back into his boat & we were back underway. We'd drifted past South Cardiff Buoy by now & still had a long hard paddle to Penarth with Peter still under tow. Despite lots of heavy breathing & burning muscles we eventually reached Penarth without further incident. 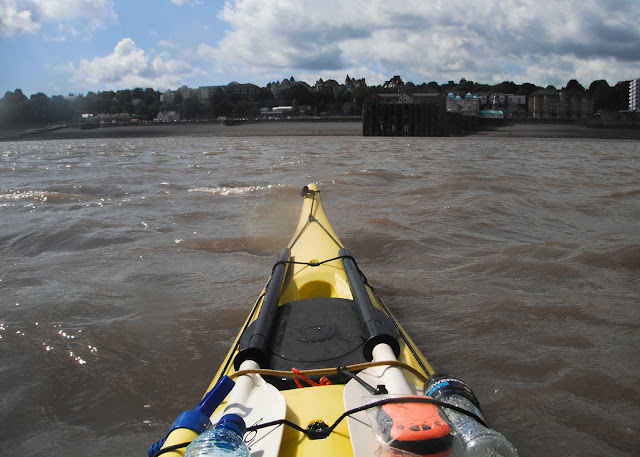 Back at Penarth you'd never know how rough it was further out? I took off the tow in the calmer water & let Peter make his way in without assistance though I think he was paddling hard under tow as the line rarely went tight. 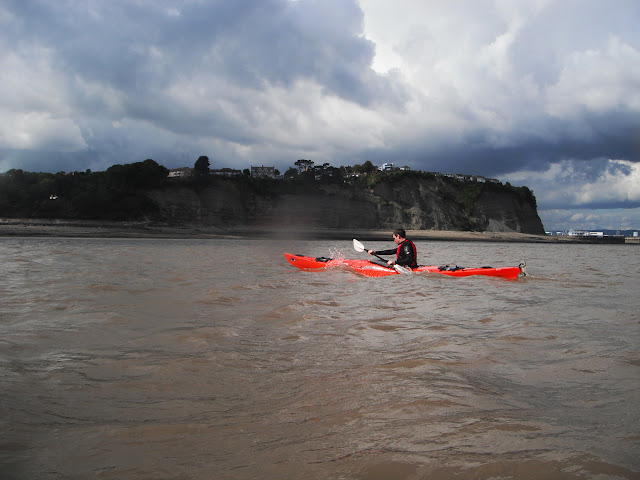 It turned out to be quite an epic this trip & the thought was always in the back of my mind that a Pan Pan call might have to be put out but luckily Peter did great & coped well with the conditions.