Ok, so this is the same route as my last paddle. I was solo then but i'm definitely not solo today & have joined a Motley Crue of paddlers for the run out to the Holm Islands. 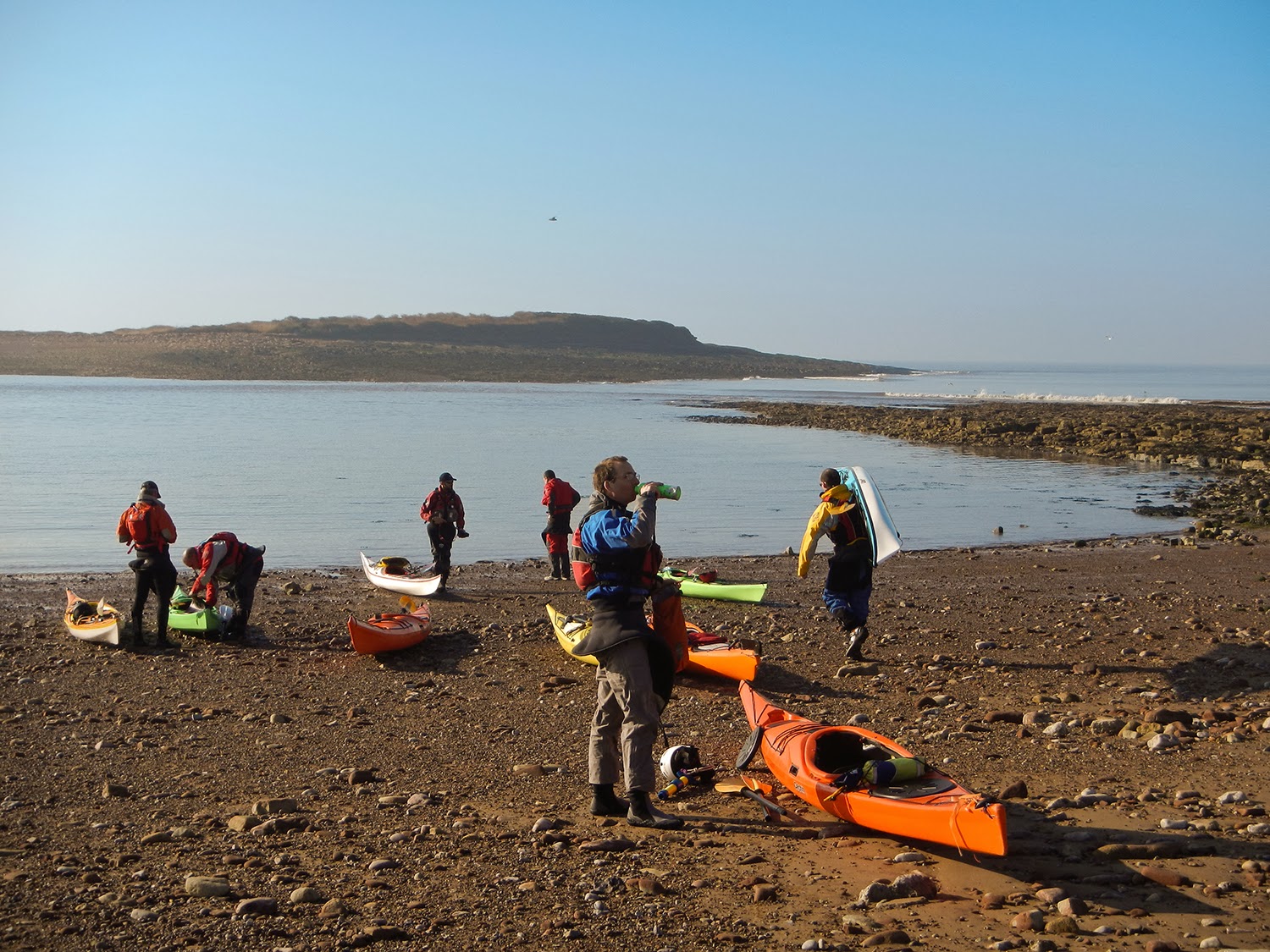 There was nine of us in total, myself, Jules, Elan, Stuart, John, Gareth, Andy & Chris & Chris.
We all met up at the Captains wife in Sully at 0900 & were rather smug about the lovely conditions & warm sunshine.
We head off at 0930 & make our way across the causeway to the western end of sully island.

Where Jules leaps a wave in the race!

I too got a facefull was was soon past the island & heading out to sea.

We leave the land behind & head off on a rough bearing into the mist as we cant see our destination at first.

Flat Holm passes on our left but we'll leave that visit for later in the day.

As Steep Holm is to be our first stop.

That is if we can avoid the traffic.

An hour & twenty minutes after departure we reach the Western end of Steep Holm & are nice & wide which means we wont have to fight the tide around the Rudder (an arch on the western tip). 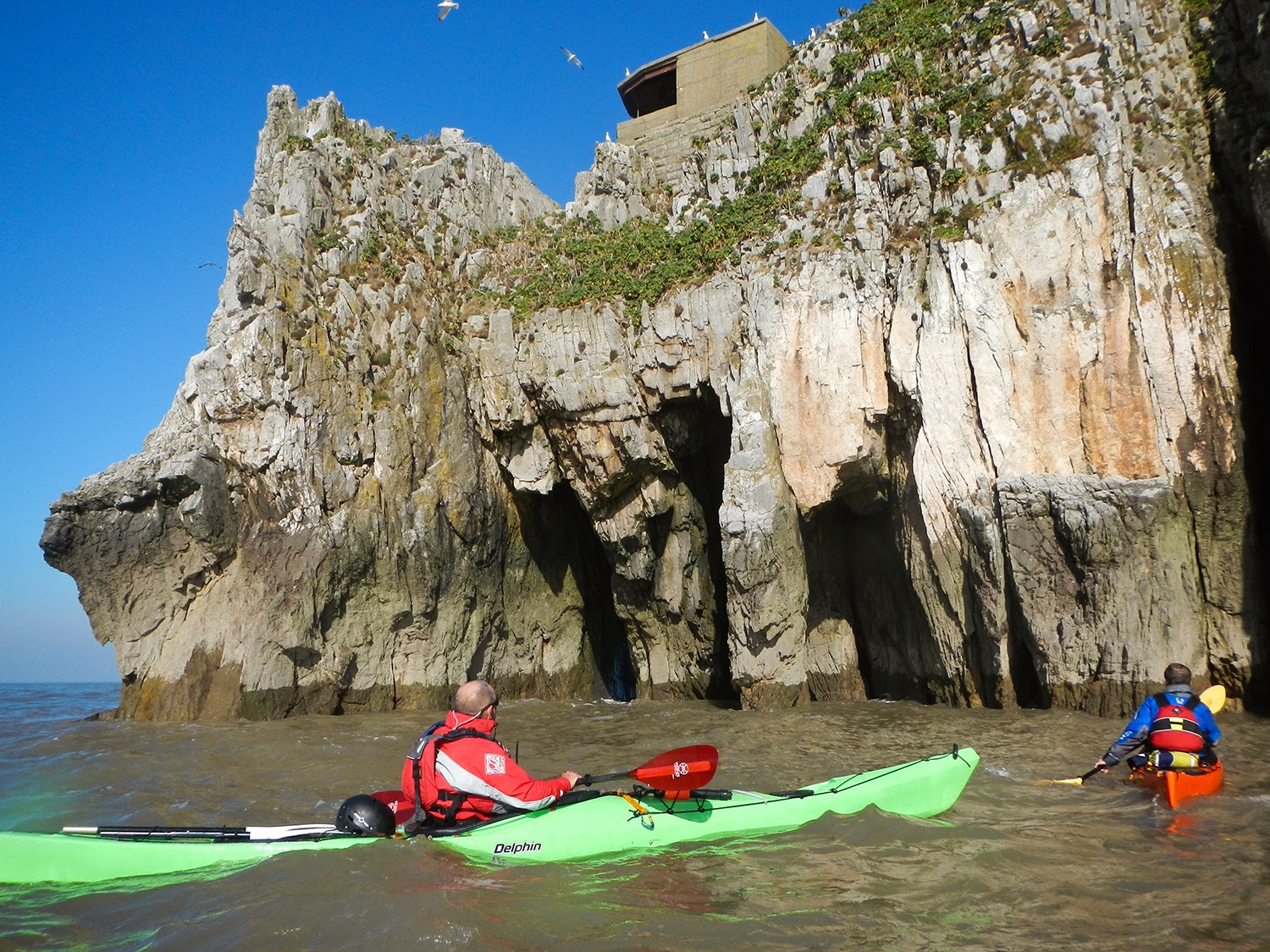 You can just see the light shining through the Rudder in this image.

We paddle gently now along the eastern shore. 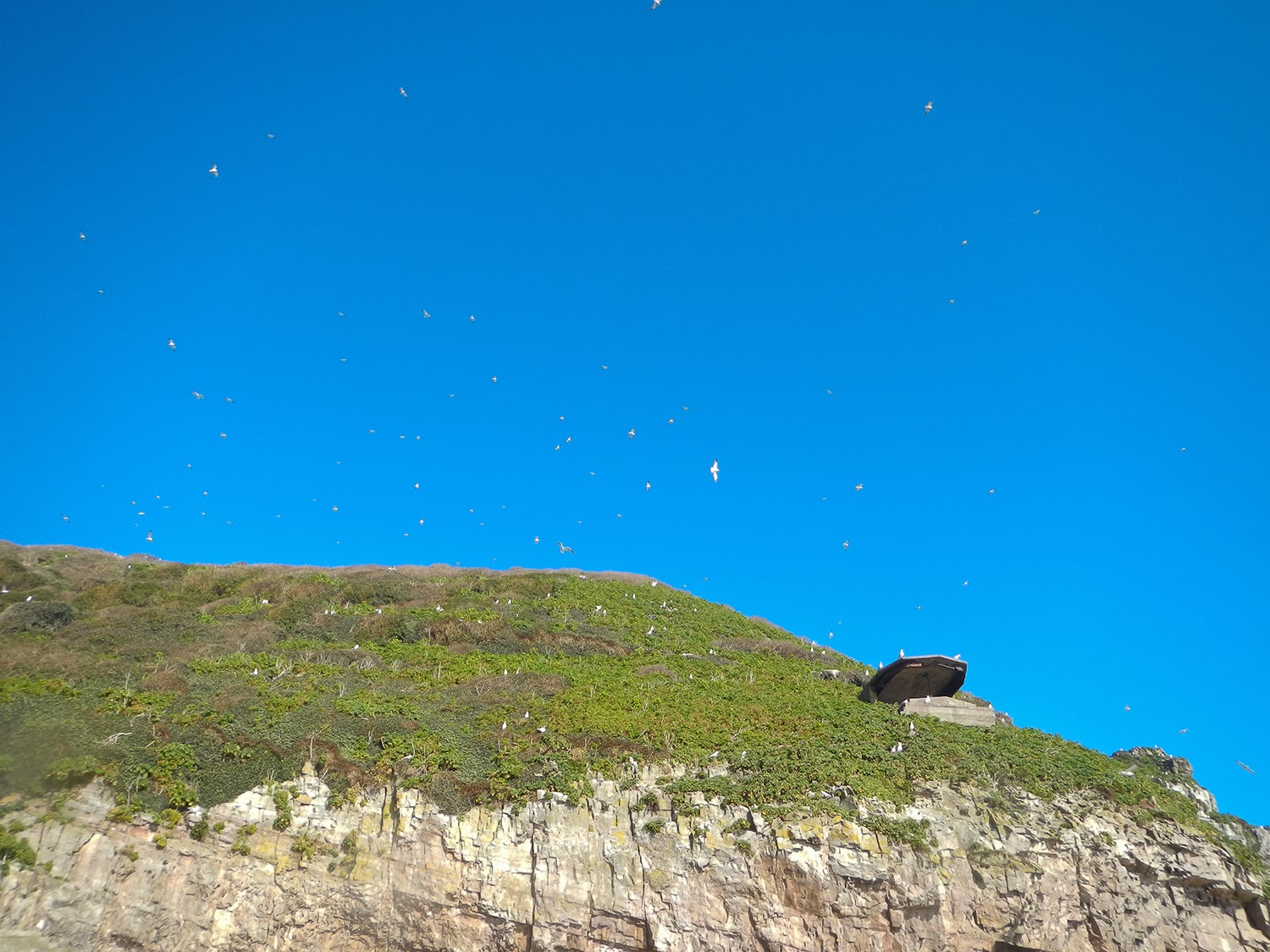 Admiring the summer residents as they fill the sky. 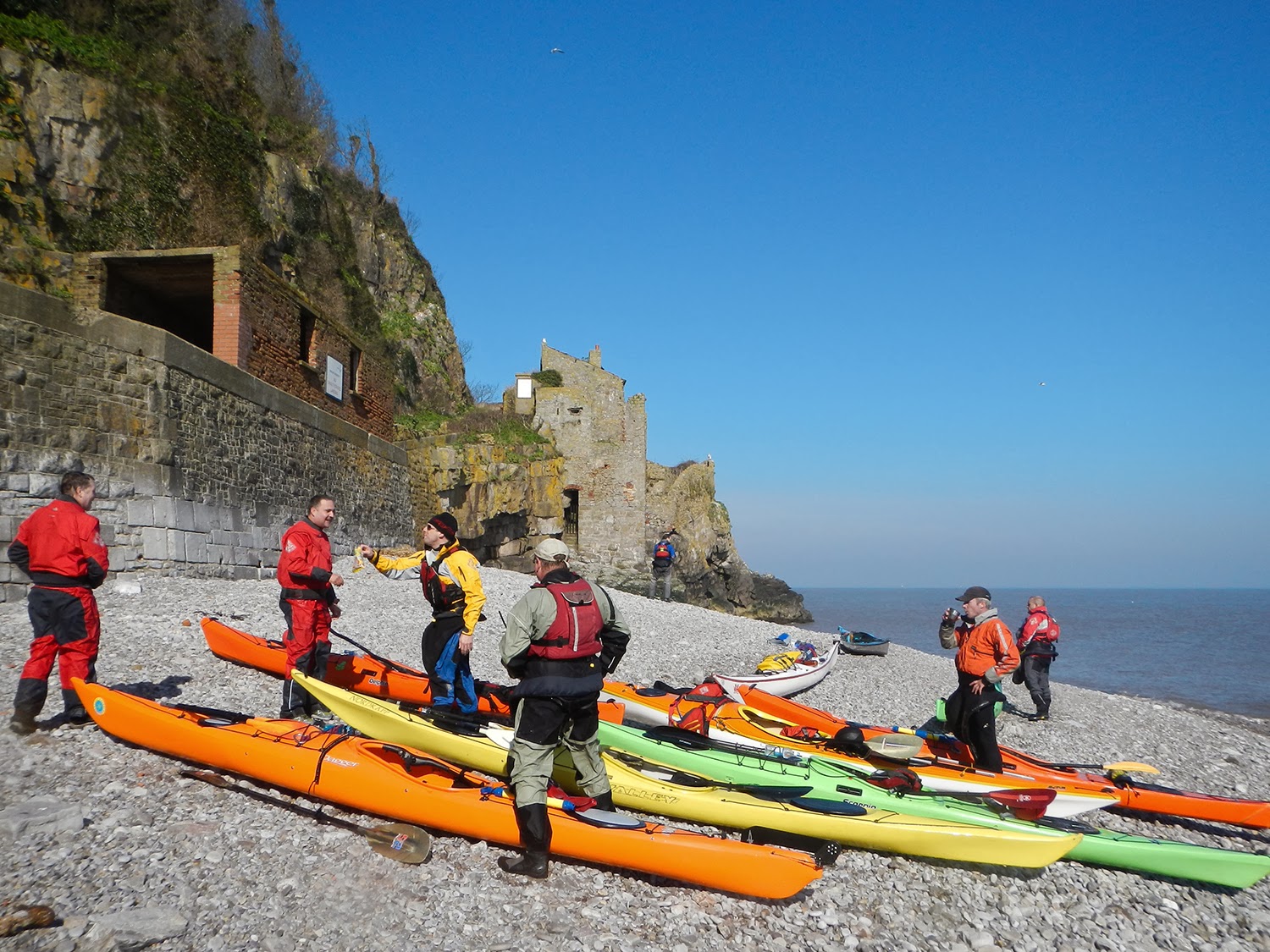 We land on the beach for a well earned rest.
Today I brought an Avocado for lunch as well as some cous cous & chick pea dahl :) 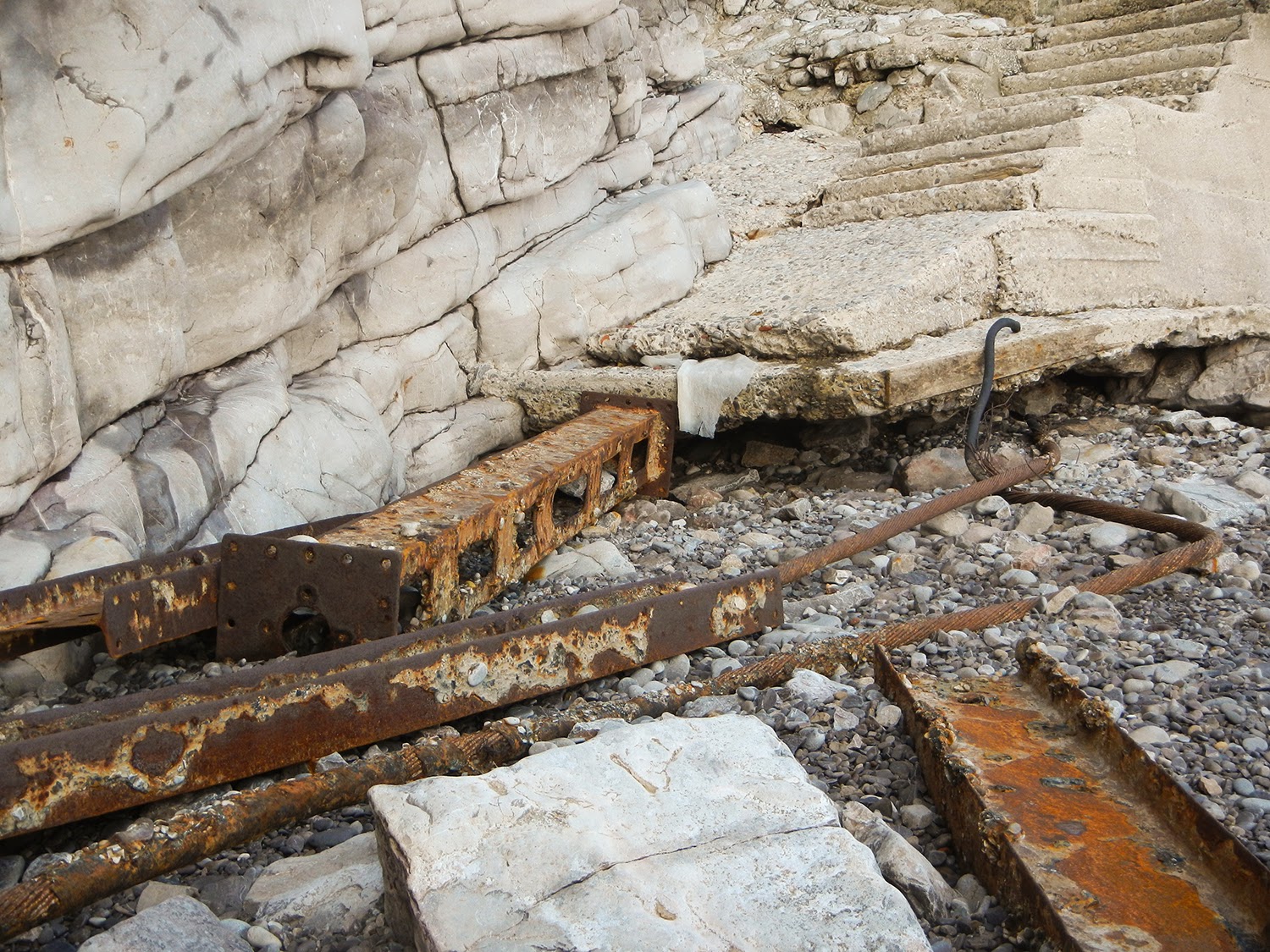 The recent storms have undercut the steps & dramatically lowered the level of the beach revealing what I believe to be parts of the old pier that used to reside here during the first World war (maybe second?), I read history & then forget what I read! The level of the beach here does fluctuate with the tides but this is most certainly storm damage. 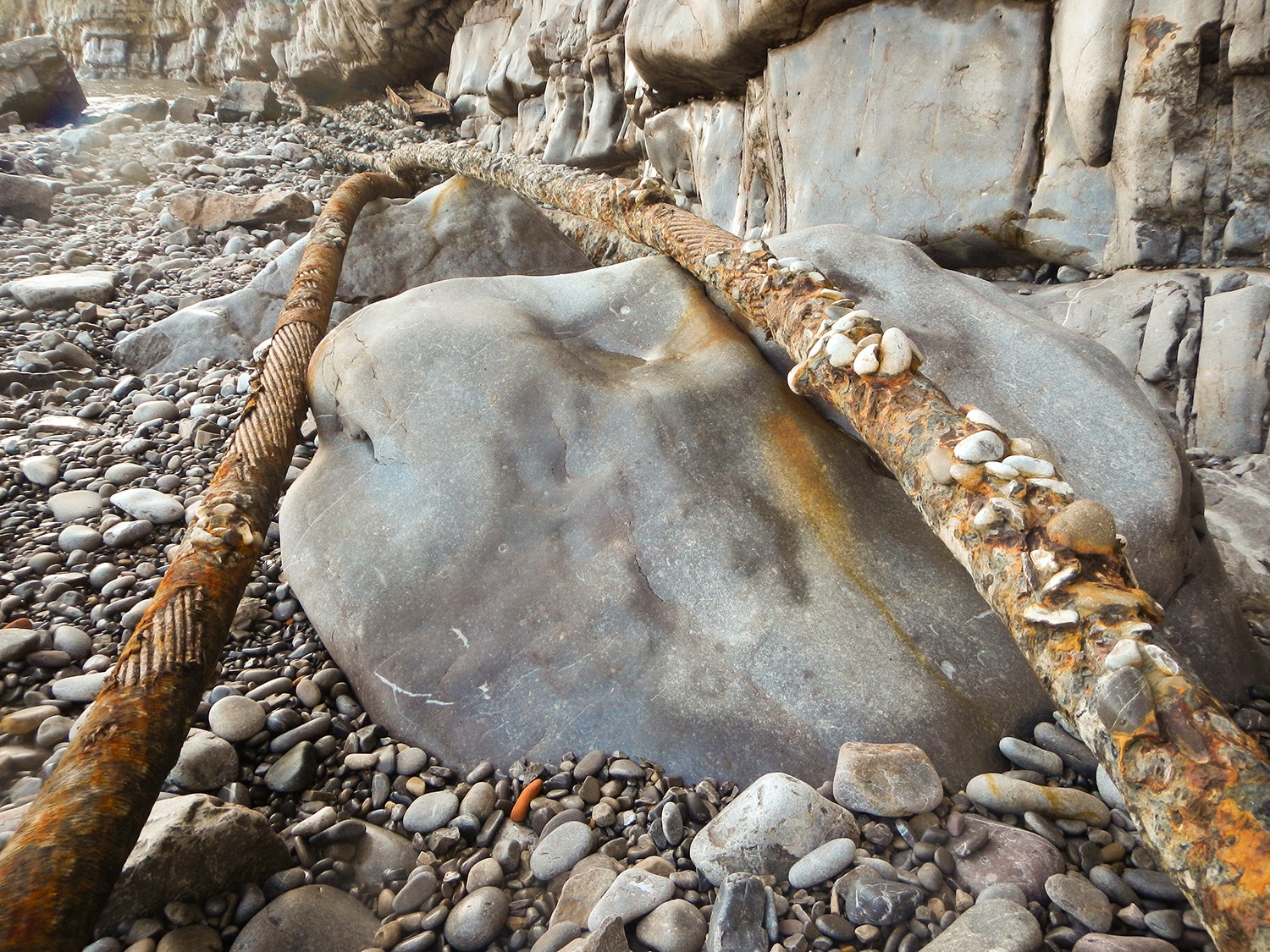 Some communication cables were uncovered too.

After a well earned break & some banter with my home girls we push on for Flat Holm with twenty minutes of the flood remaining. 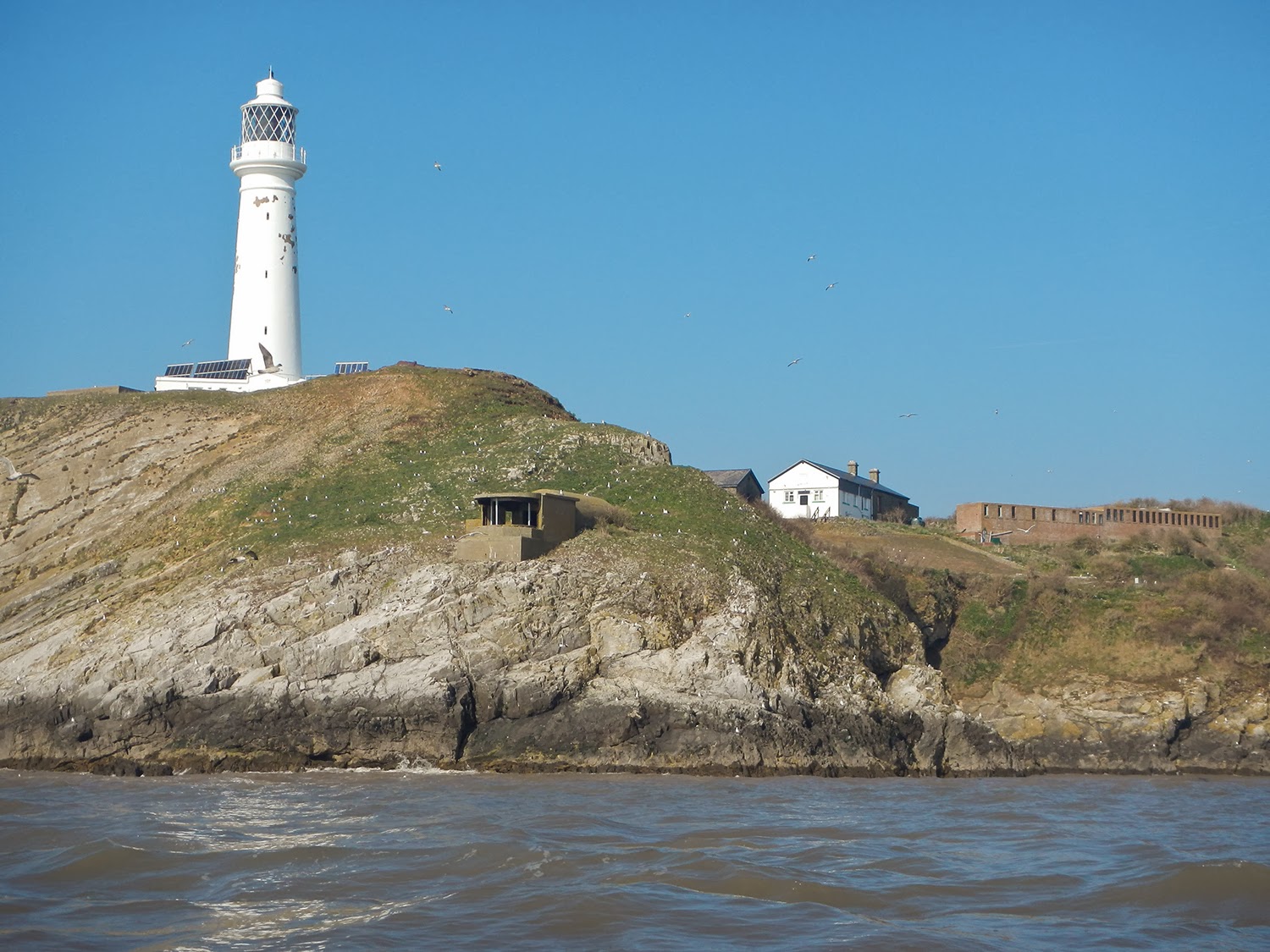 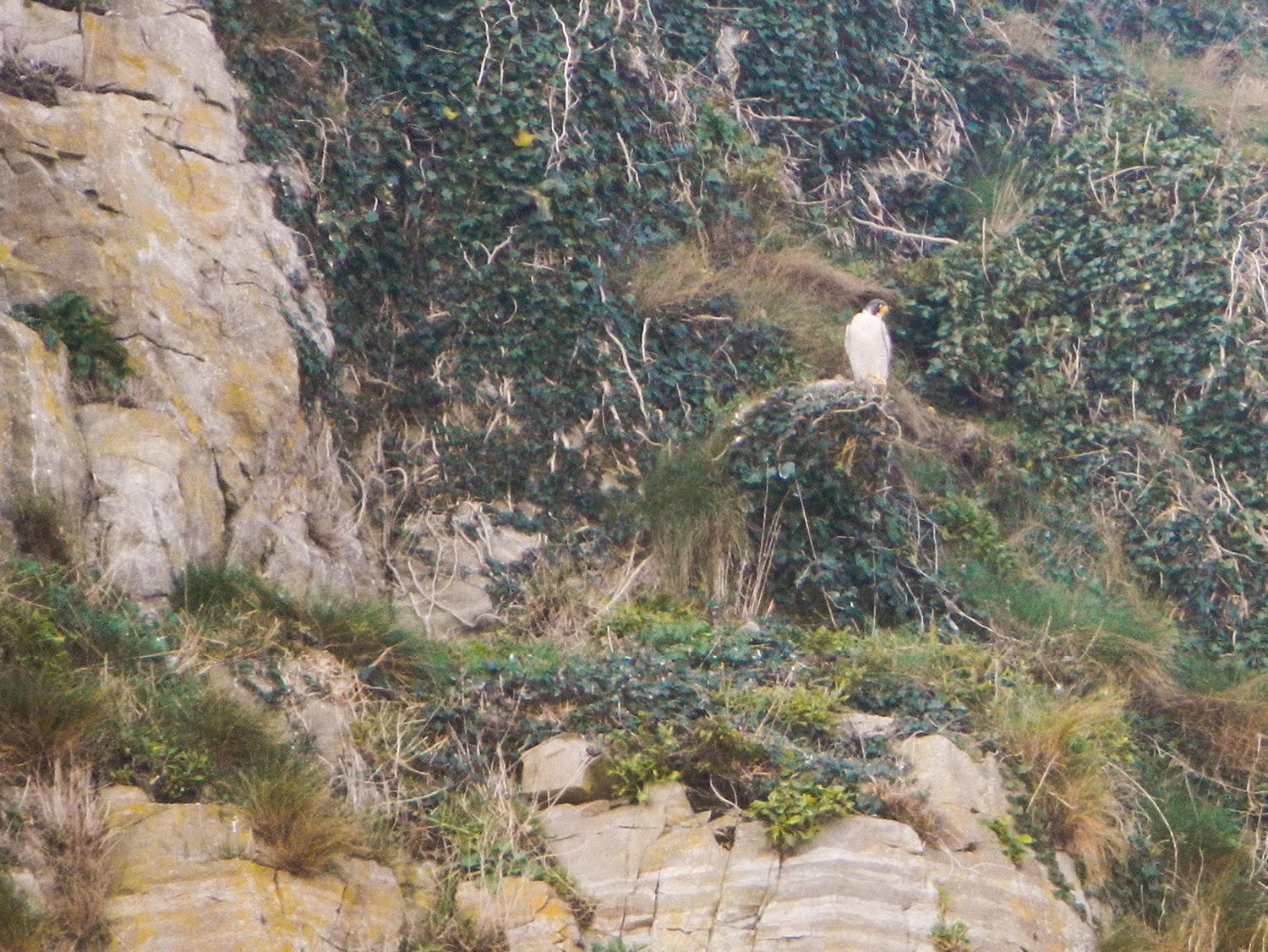 A terrible pic I know but this is one of a pair of Peregrin Falcons resident on the Island. 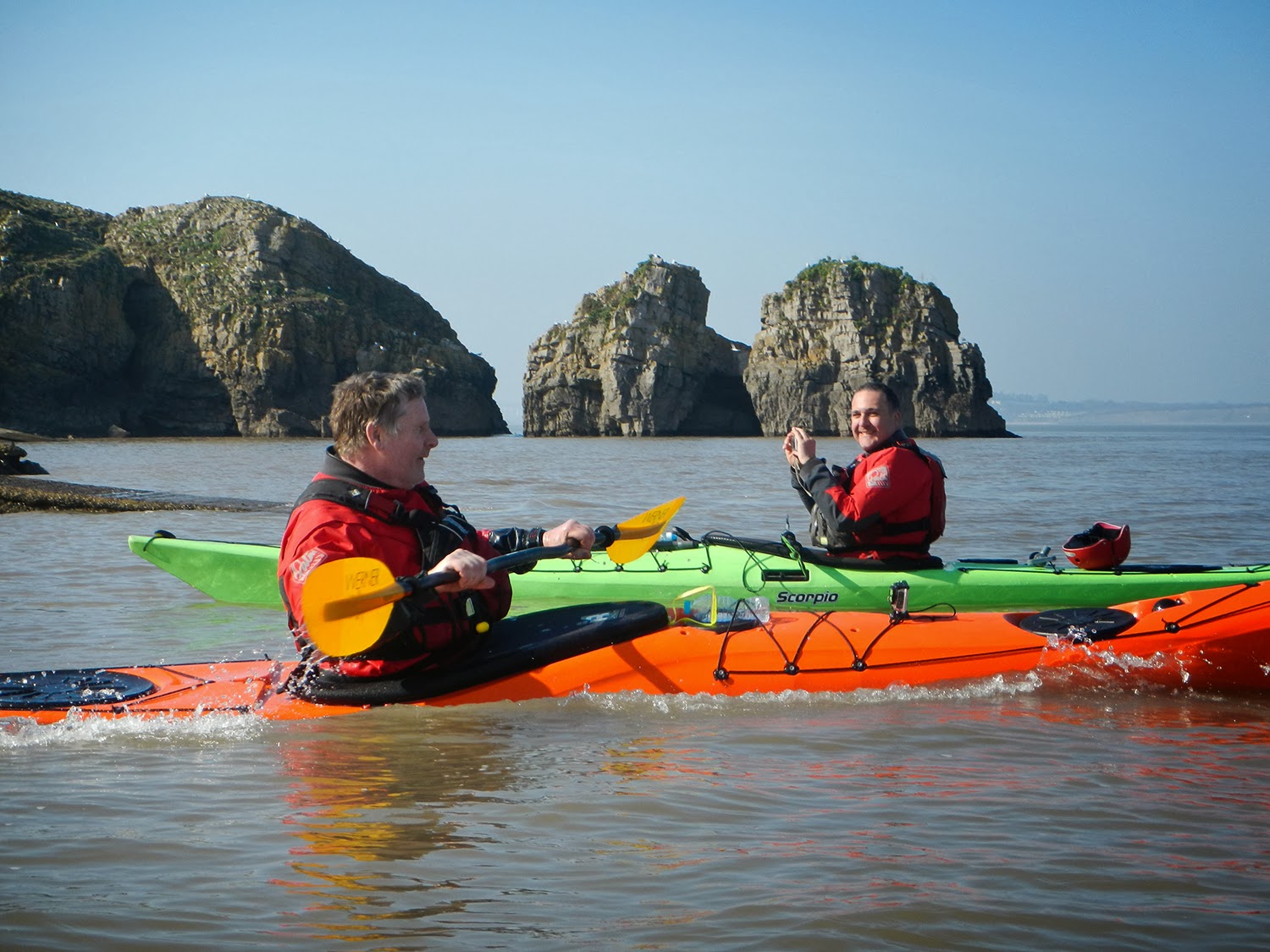 After another break we push on for the mainland. 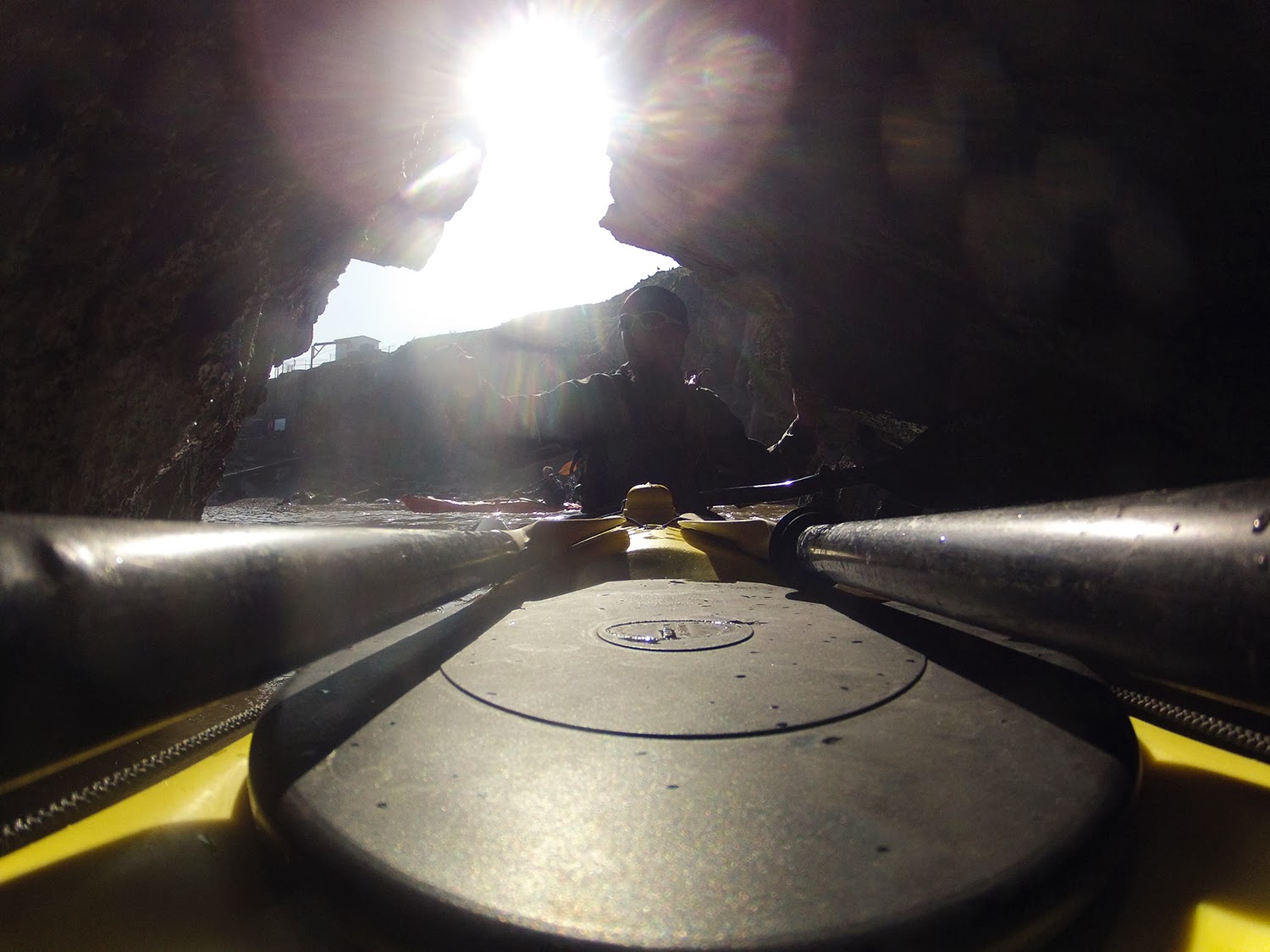 Heading through the arch in Castle Rock. 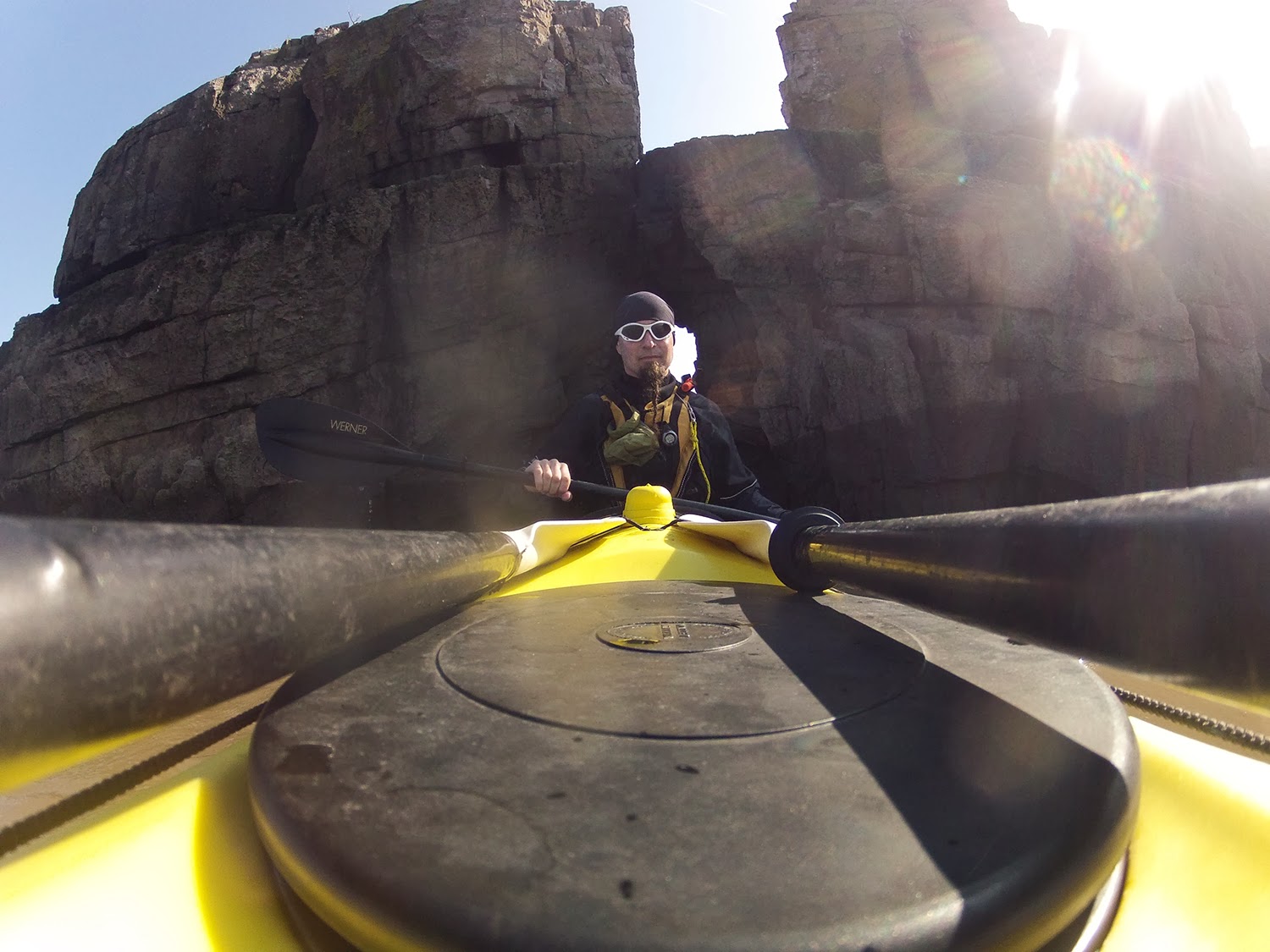 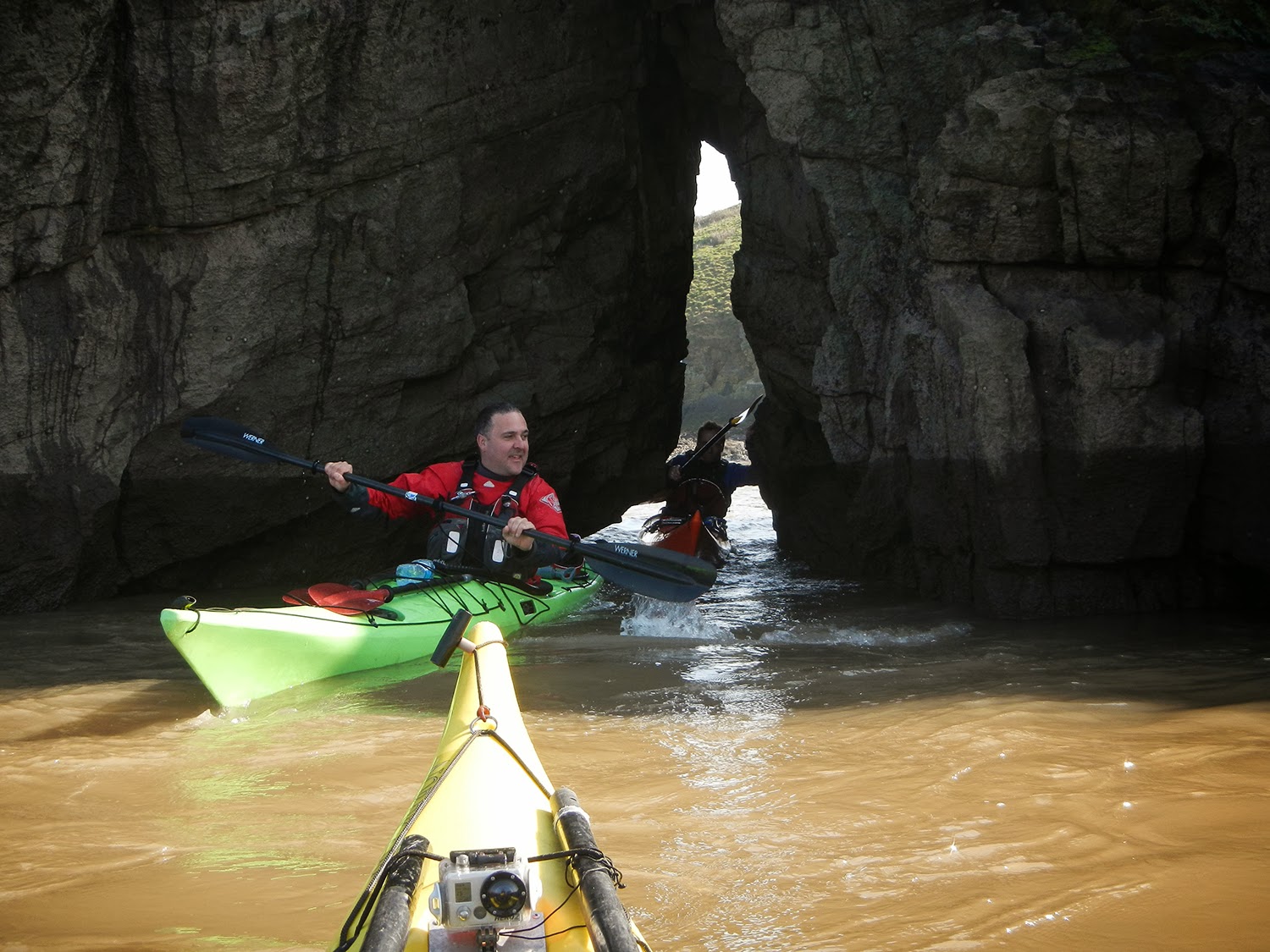 It was a tight fit with some tide running through!

As we finally leave the island my watch reads 1300 & there's an hour of ebb tide running.

But we're on neaps & its really not that strong.

We make good time for Sully due to a very shallow ferry angle.
Chris Evans hasn't swum today which seems strange given his previous record?
He evan pulls off some nice rolls & paddles the last 100 sat on his kayak, can this be a turning point for him???