Sometimes history repeats itself, often for good reason.
I first did this paddle a few months back with Stuart, almost as an afterthought, (The Pagan Monk Blog Post). We were setting off to Steep Holm & Flat Holm Island but we wondered if we could cut across the tide to Monkstone lighthouse on route. Turns out we could & it was my favorite trip so far. In fact I think it should become a classic sea kayaking route as it can hold its head up with anywhere else this country has to offer.
The weather was fantastic today, a one day window in the crappy low pressure & high winds that are probably driving us all a bit mad.
With such a good day it would be rude not to do a bit of an epic & repeat my favorite trip solo this time. 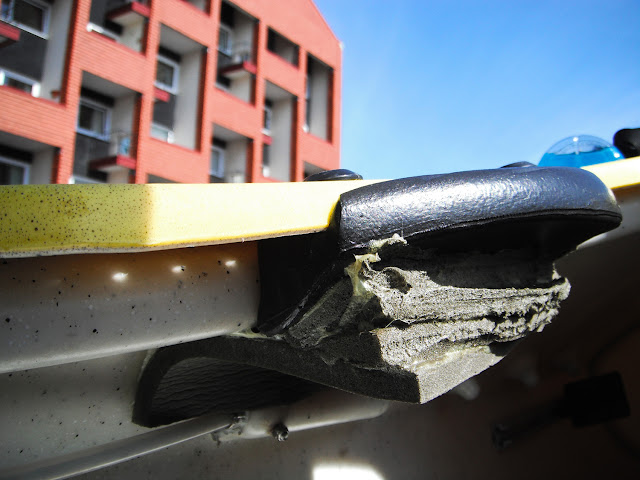 I'm testing my newly installed knee supports today, how can one the best sea kayaks ever made come with such pathetic knee supports, my knees don't evan go there??? 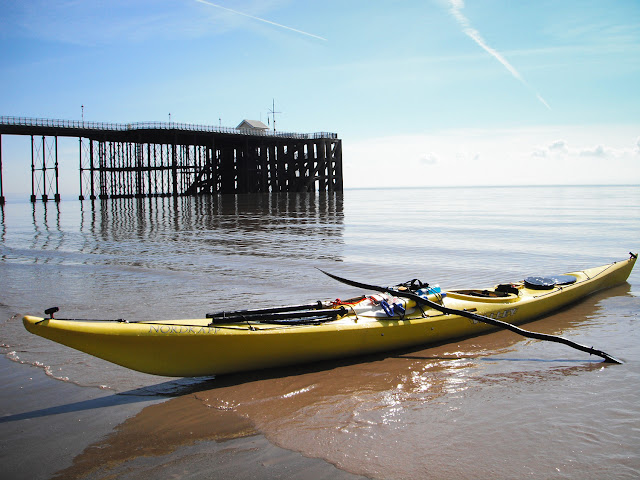 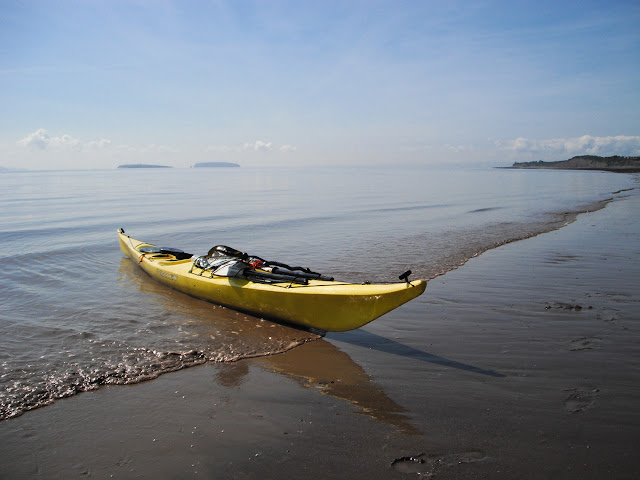 I practiced a few rolls in Penarth to get me limbered up & set off for Monkstone, three miles away, not looking back once. I was on a mission. 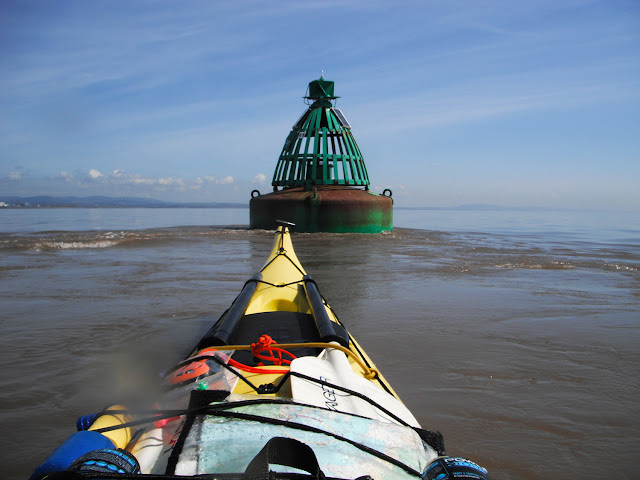 I made it to Mid Cardiff Buoy without ant prob's though it was clear that the tide still had a strong flow. 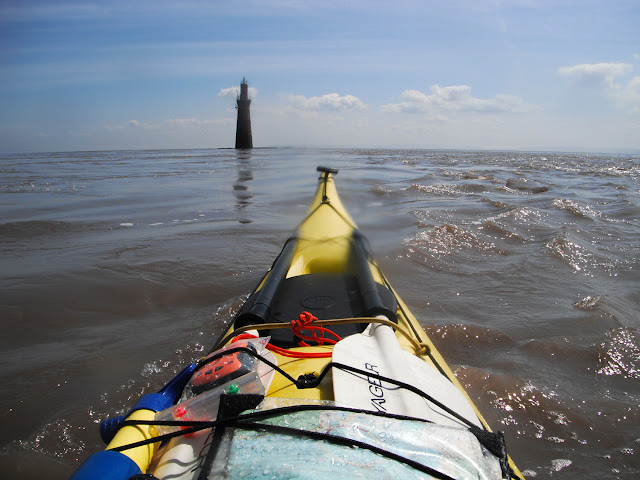 After squeezing my kayak over Cardiff Grounds sandbank, touching bottom with my paddle as I went I continued on to Monkstone Lighthouse.
I've been holding 4-5 knots till this point & now I was pushing hard to reach 2 knots. The sea had taken on the appearance of a river, flowing quickly under my kayak. The lumpier bit looked a little slower so I headed into it & set course for the lighthouse. 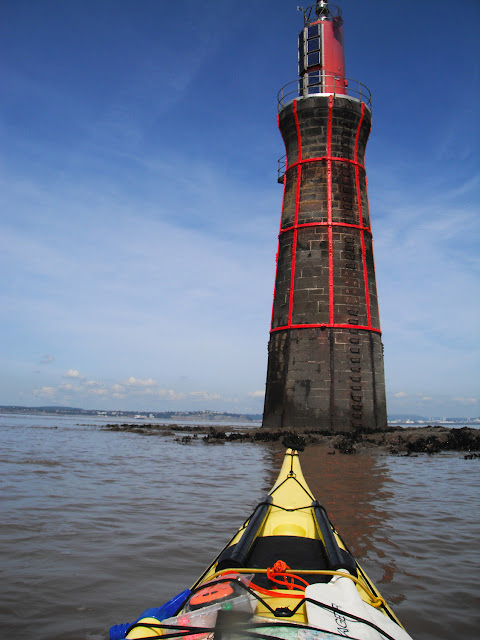 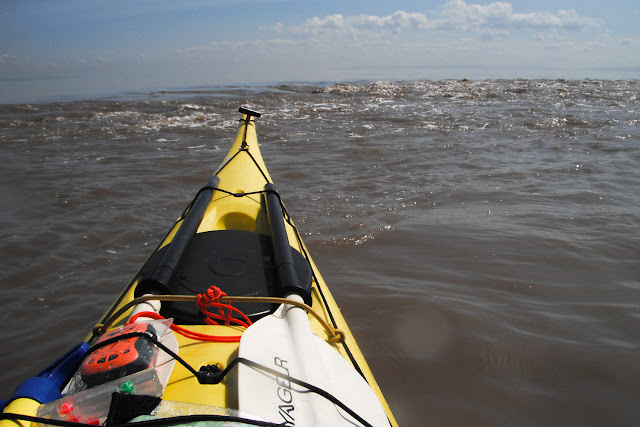 Leaving Monkstone I saw the tide ripping around the rocky outcrop that the lighthouse sits on. I headed straight for it hitting a pleasing 7 knots. 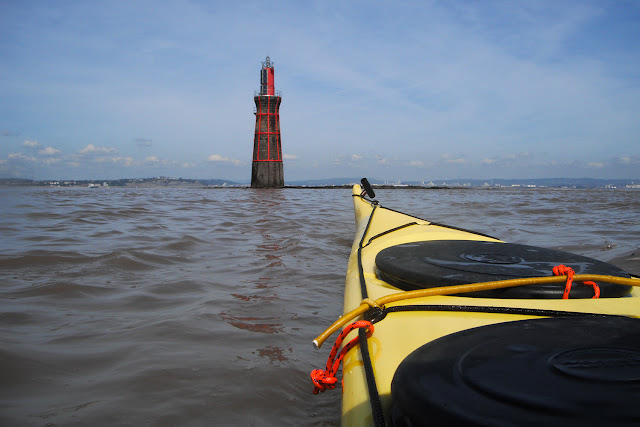 A quick look back at this very special place & then onwards to Steep Holm some 5 miles away. 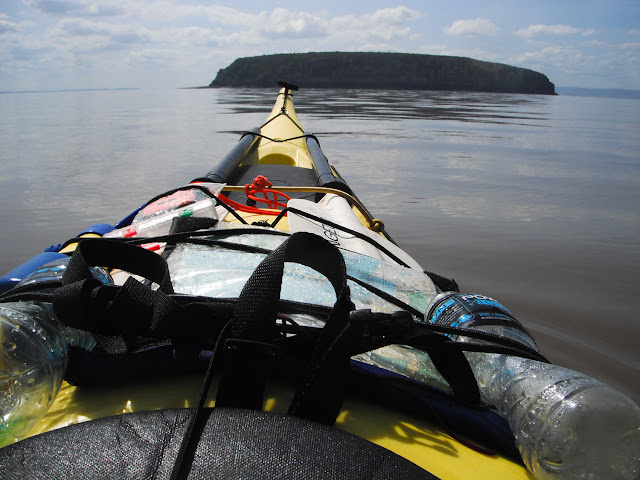 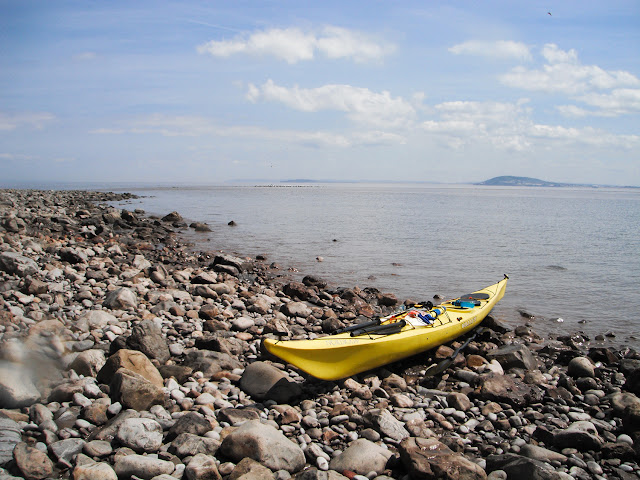 Totally knackered I arrive at Steep Holm, I made a steady 6 knots getting here but was fighting the tide as I got closer as I'd drifted a little West. I was pushing 1 knot to get around the East side of the Island to land. 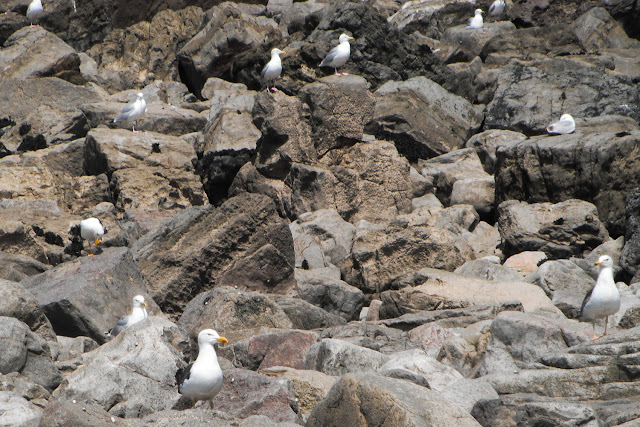 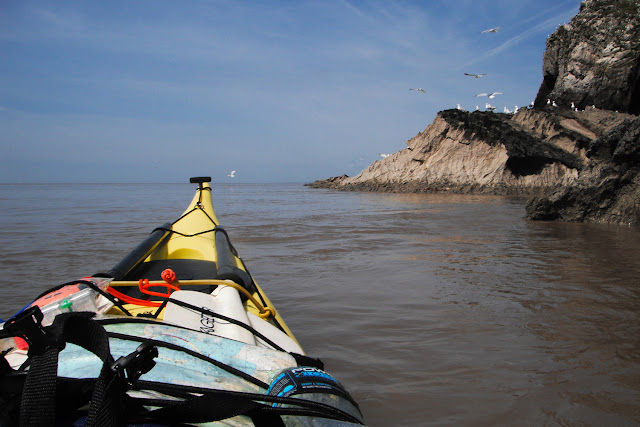 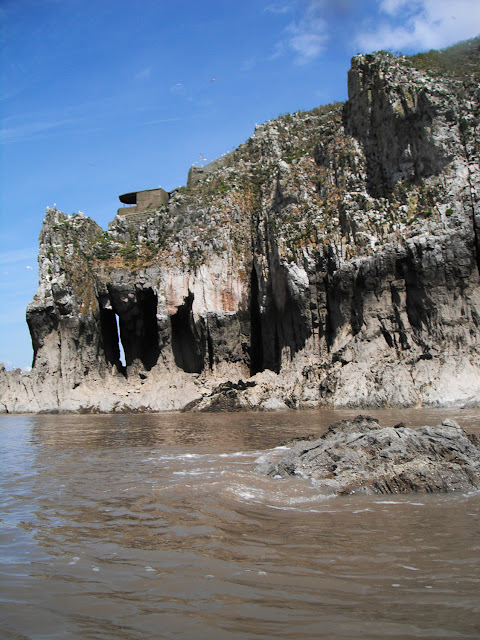 I didn't stop long as I needed to make Flat Holm near to high water. I enjoyed the views & wildlife on the North side of the Island & marveled at the rudder, (the arch above) at low water. I've paddled through this at high water, wouldn't think it possible today. 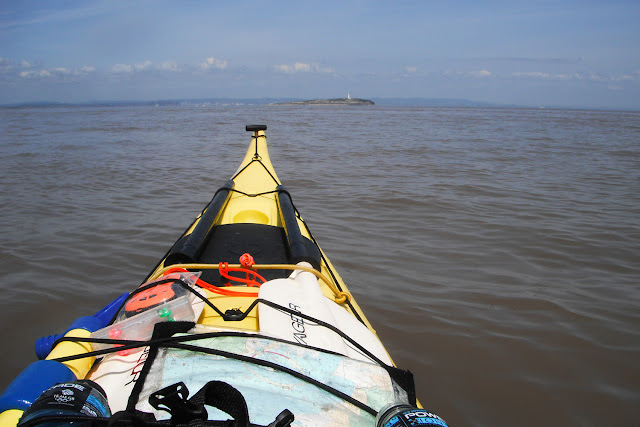 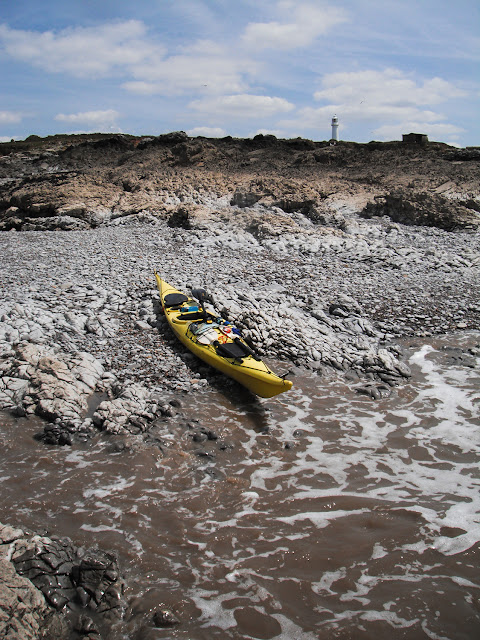 My body's crying out for fuel by now, I've been drinking lots & had a snickers on Steep Holm but I'm needing more so I take some time out to refuel & stretch out my muscles. A look at the time shows I'm behind Schedule as the tide turned 45 mins ago.

A bearing of 297︒ gets me close enough to Cardiff South Buoy, it basically marks a straight line between Flat Holm & Penarth & show I'm near enough on course. I hold this bearing till penarth which at 5 knots is getting closer all the time. 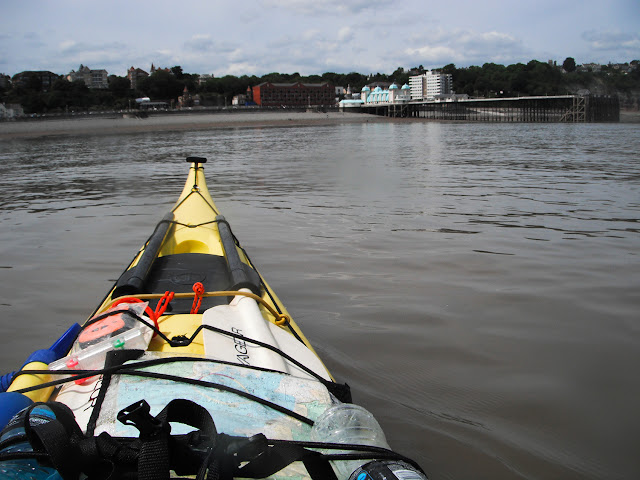 I practiced a few more rolls & sweeps, relishing my newly effective knee supports before loading up the van & looking back at the distant islands that I'd been lucky enough to visit.

The Route...
As usual I took my Spot Messenger to track my progress but rather annoyingly I noticed at Steep Holm that it wasn't tracking so it only shows the route as I left Steep Holm. I've filled in the blanks on the map below.
I'm a bit gutted as I wanted to see how much I was drifting on the tide.
Guess I'll have to do it again :)

An online map including Latitude & longitude & times is available via this link for 7 days... 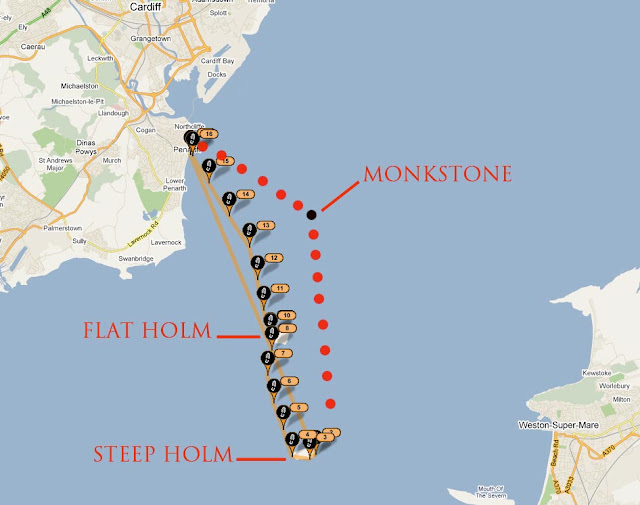