After the relentless high winds in the last month I thought it time to take the sea back from Poseidon's grip. Poseidon on the other hand had other plans, we were about to be humbled. 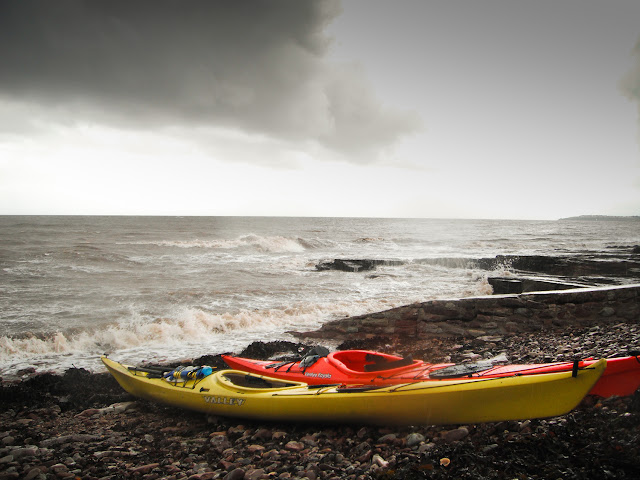 Shortly after launch Stuarts radio crackled into life, 'FORCE 8 IMMANENT' the coastguard was warning. It was 5-6 where we were paddling & the warning was meant for further West but it was a warning worth listening to. We had planned to ride the storm to Penarth & back but after assessing the conditions it seemed wise to just play & develop our rough water skills around Sully.

I've put together a video to show just how wild it was. No music this time, just the raw sound of nature. Oh, & an expletive as I tested my low brace :D

For A better quality video go to http://www.youtube.com/watch?v=ndCLkP2Na2k 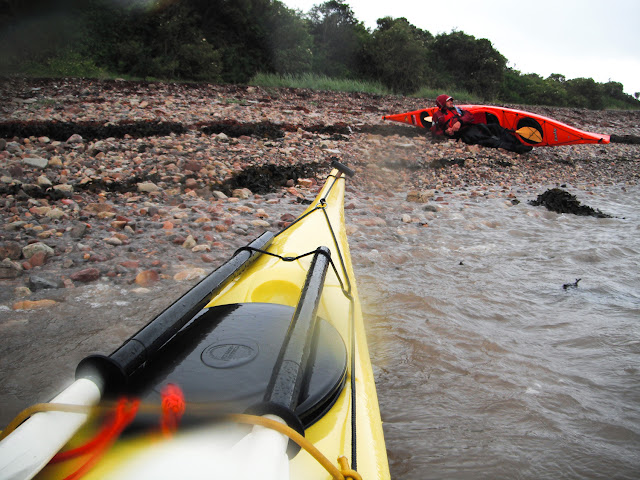 After a lairy paddle in the full force of the squall we decided to sit it out & reassess our plans. 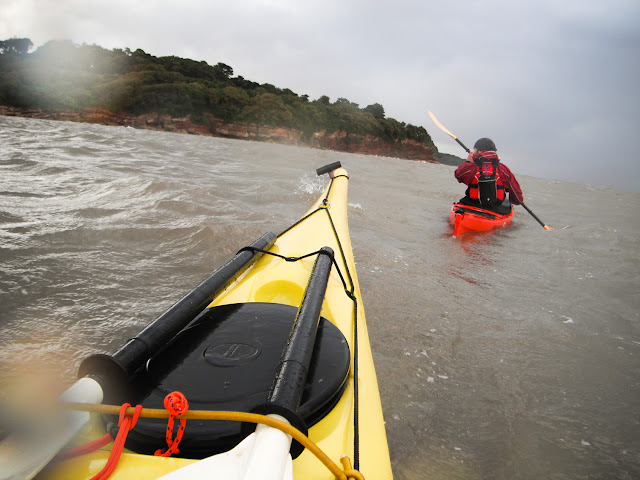 A quick hop to Ball Rock seemed good as we wanted some rougher water to play in. 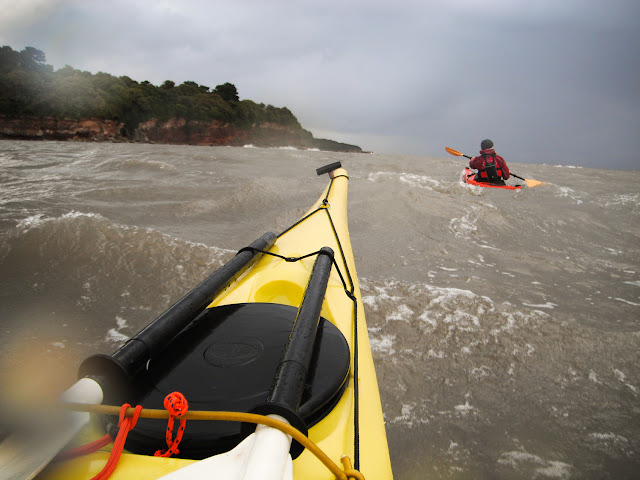 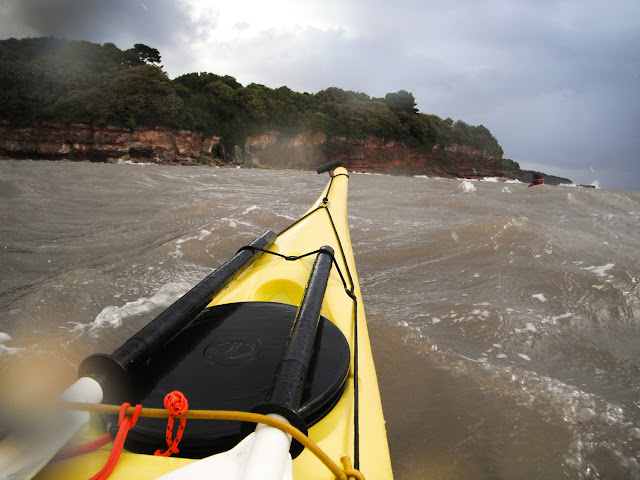 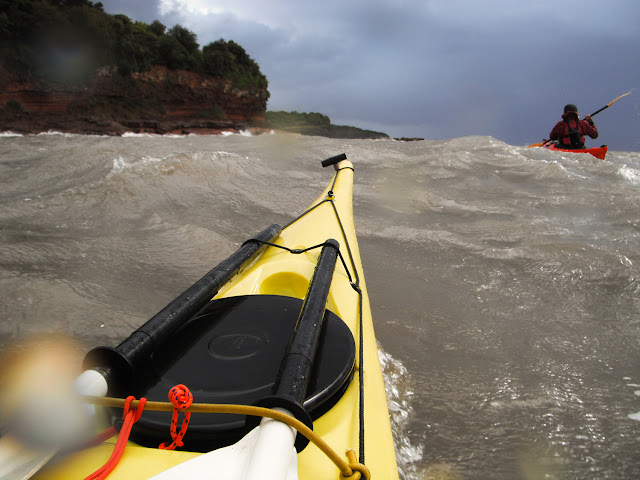 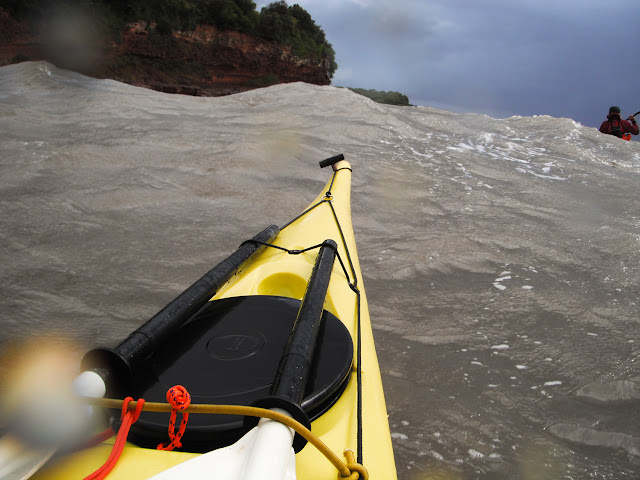 The swell building all the time as it rises over St Mary's Bay sandbar. 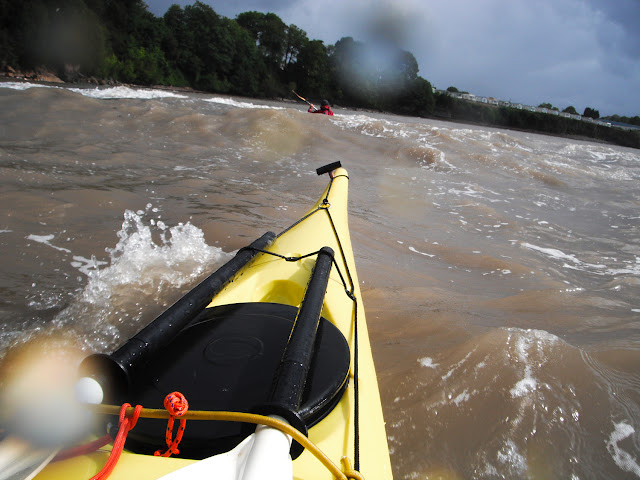 Playing in the surf on Ball Rocks tiny causeway, had to be careful though, its deceptively shallow here. 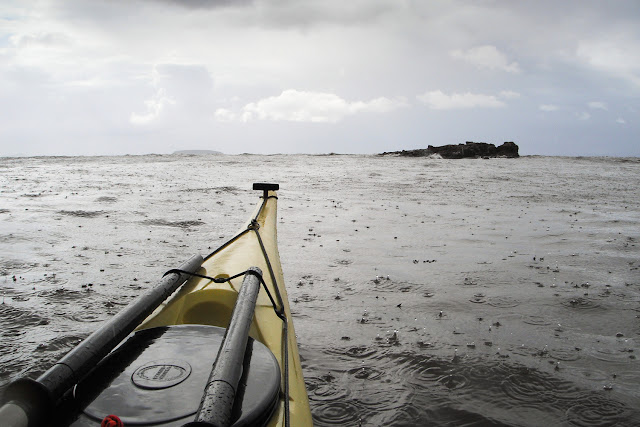 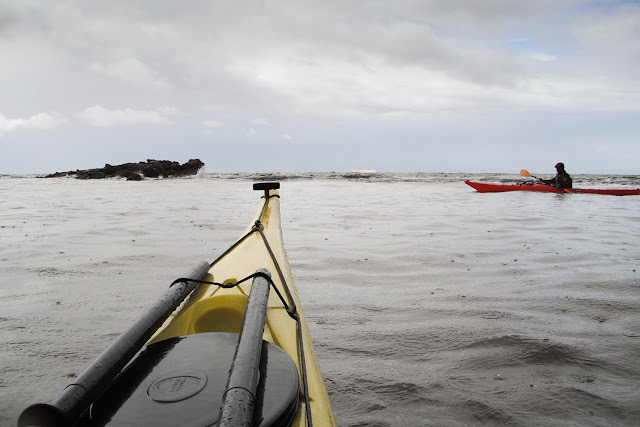 All's calm in the Bay as we hide from the wind & enjoy the serenity of the raindrops uniting with the sea. 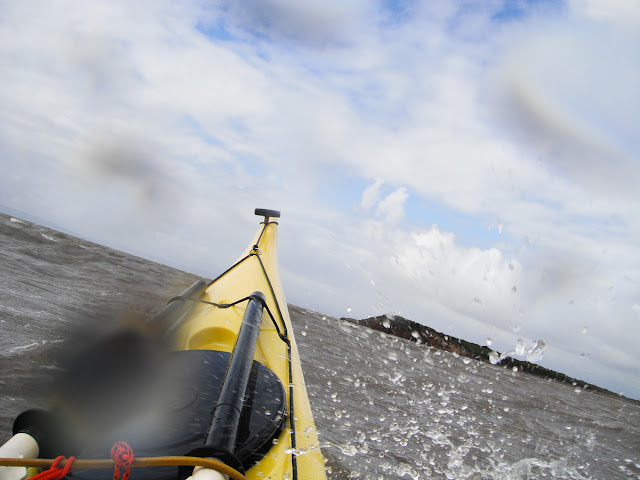 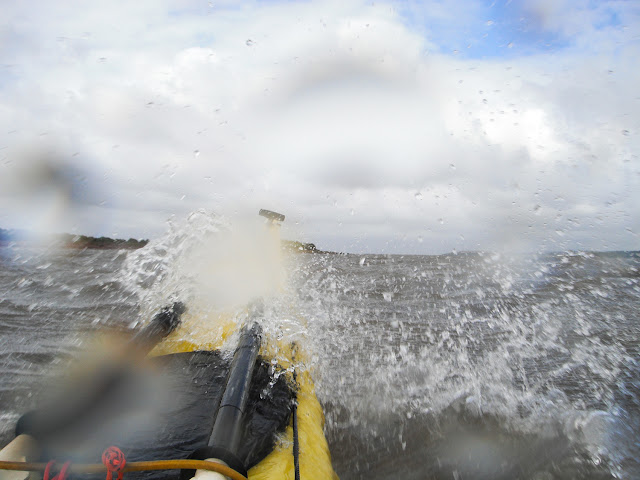 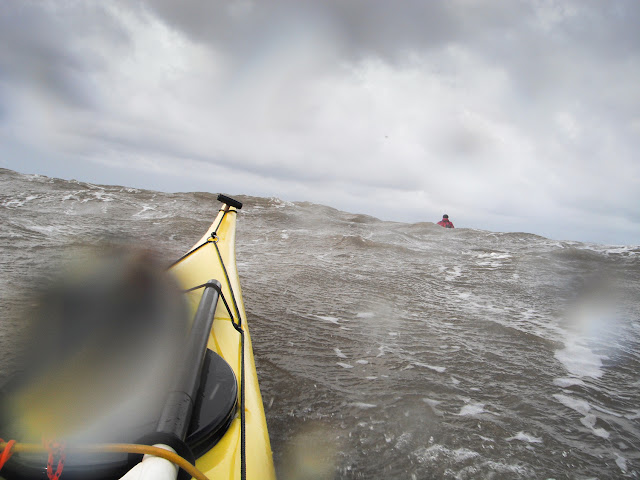 Back in the rough stuff again & we're heading for Sully Island again, searching out some surf. 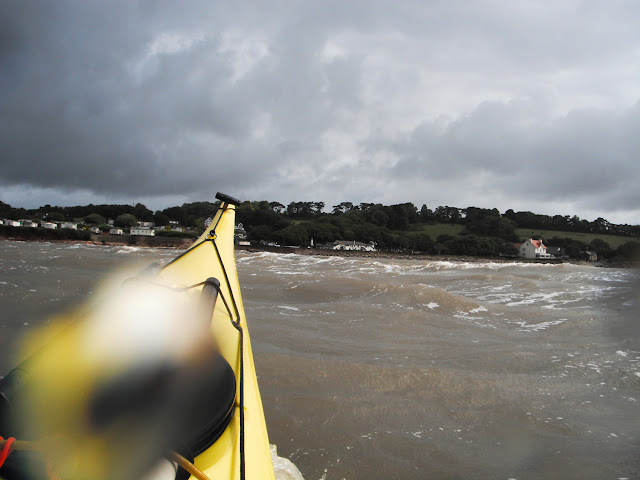 We weren't disappointed, bloody nervous if I'm honest, upto one metre standing waves had formed on the causeway. Luckily I was filming when I capsized & evan luckier to roll up. Would have been a nightmare to perform rescues in these conditions & I was glad too that Stuart stayed sunny side up. 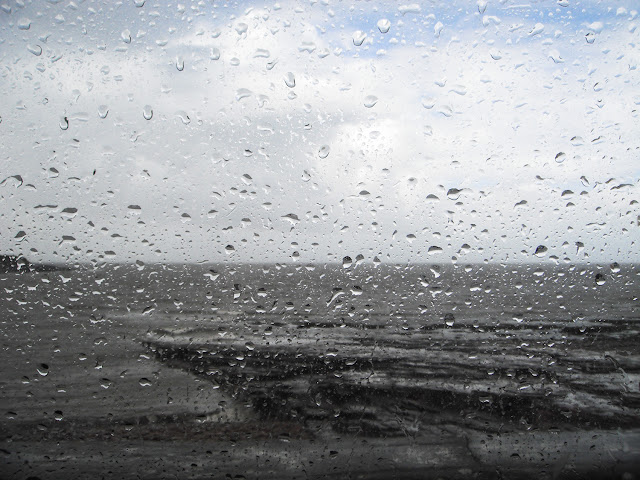 Back in the comfort of my van I can enjoy the sound of the rain on my roof & gaze out to sea with a cup of tea in hand, reflecting on an unusually short but fab trip...
Posted by Taran Tyla at 23:36