With so much holiday time for everyone at this time of year it seemed an idea to try & get everyone out on the sea. I put some calls out & got together a mix from novice, intermediate to experienced paddlers.I picked a calm day so we could do some exploring but the focus was gonna be mainly skills development. 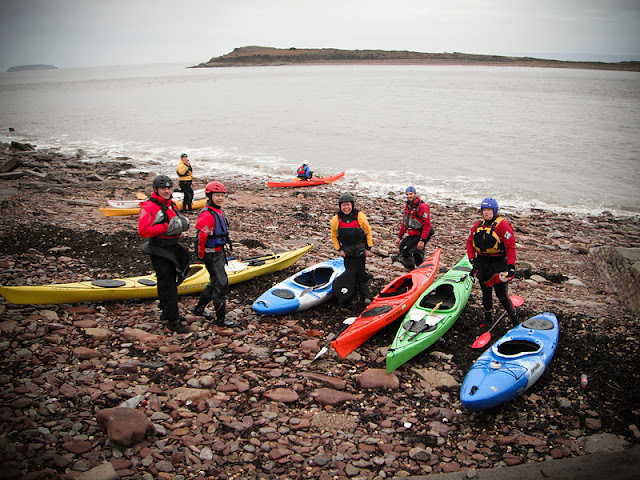 All together we had Carol, Stuart, Laura, Anthony, Peter, Jules & Gareth in his new green Delphin. 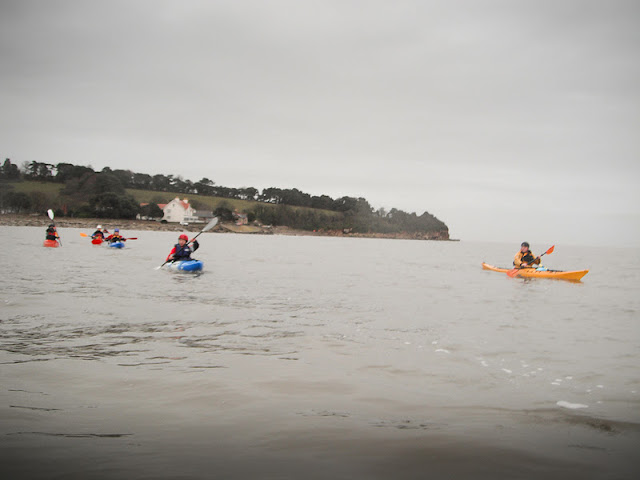 I had hoped to teach ferry-gliding as we crossed to Sully Island but there was very little current running. 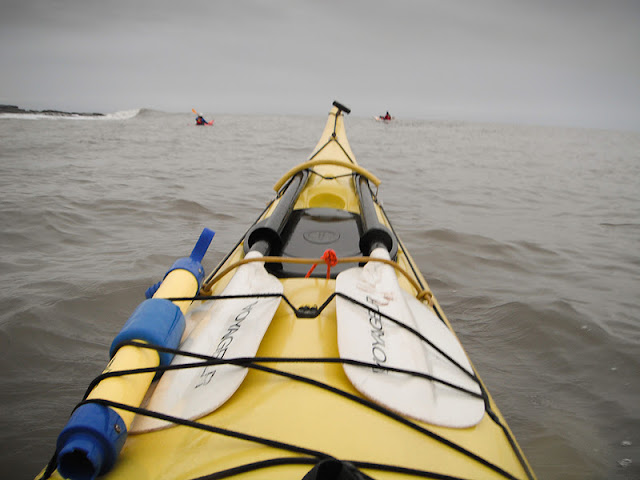 At Sully Island on the West side there was some surf for the more adventurous.

And a chicken run for the more sensible. Not sure how Stuart & Jules got in this shot as they were playing in the surf, probably didn't want to miss a posing opportunity. 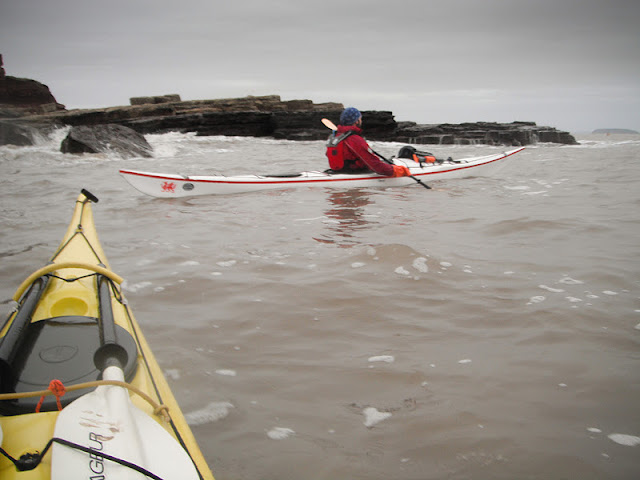 Me, Stuart & Jules were enjoying some rockhopping in the swell though I couldn't entice the others over, they kept a sensible safe distance.

I nearly got caught out by here, a big wave appeared from the depths which was amusing as I was very close to the rocks & paddling hard to avoid being swept in. Stuart missed the shot (LOL).

Carol working on her stern rudder, looking good, just a little more rotation to get the left arm back. 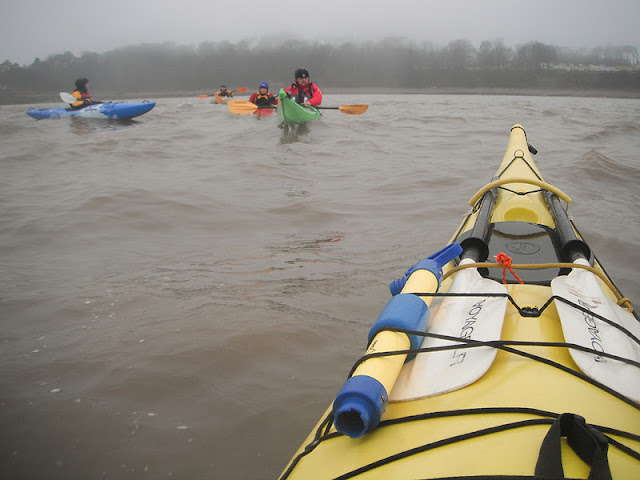 We all practiced in St Mary's bay for ages as it was lovely & calm but it soon got lumpy as we paddled a short distance from the shore. The reason being the St Mary's sandbar that we were floating over. Good practice conditions. 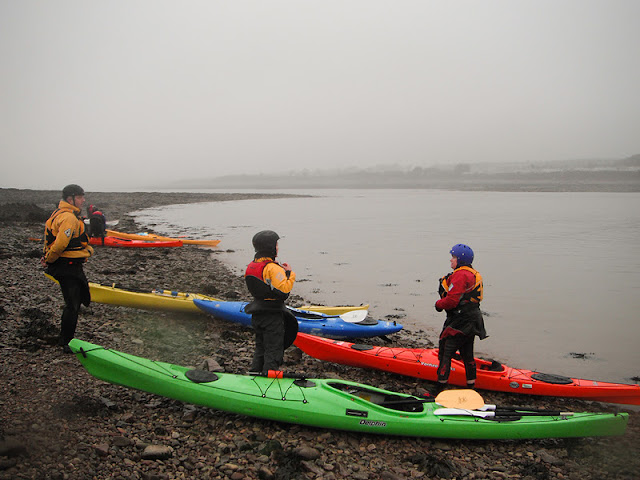 A quick break on Sully Island before we head back.

Not before Jules initiates some rolling practice with me & Gareth both getting ice cream heads too. Stuart had conveniently pulled his boat ashore by this point (LOL).
It was lovely & peaceful on the water today despite the rain & we all would have stayed out longer if the rapidly ebbing tide wasn't uncovering mud!

Great to get so many from the club out on the water, & looking forward to the next one :D
Posted by Taran Tyla at 17:00