Interesting one this, I'd planned to meet Stuart at the Knap at 'Stupid 'O' Clock' & get a lift in his van to Rest Bay in Porthcawl & paddle back.
The weather wasn't great, strong winds, sea state 4 & rest Bay facing the action, hmmm? 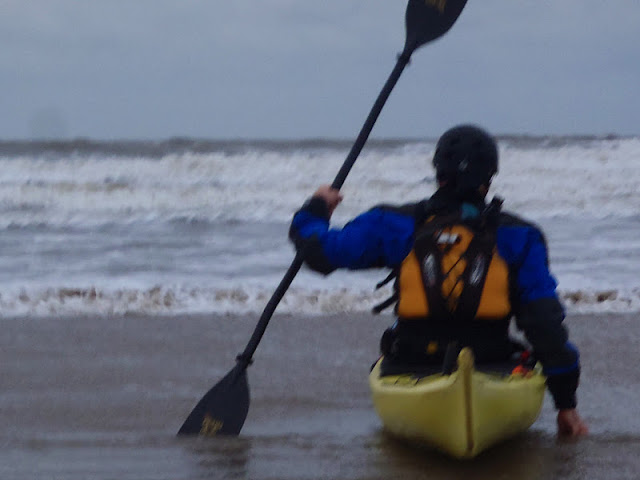 Ready to launch into the surf at Rest bay. Its still quite dark hence the blurry image from Stu. In fact I got loads of images of me from Stu, Cheers butty :)

We dabbled in the surf for a while, not committing fully while we thought about what we were doing. The waves were breaking far from shore & it was well messy out there, we had to make a decision.
after a playful few minutes we decided to bail. The chances of a swim were quite probably & we would then of got swept onto the rocks, wouldn't be nice.
Also on our mind was Nash Point, it these conditions it was likely to be huge? 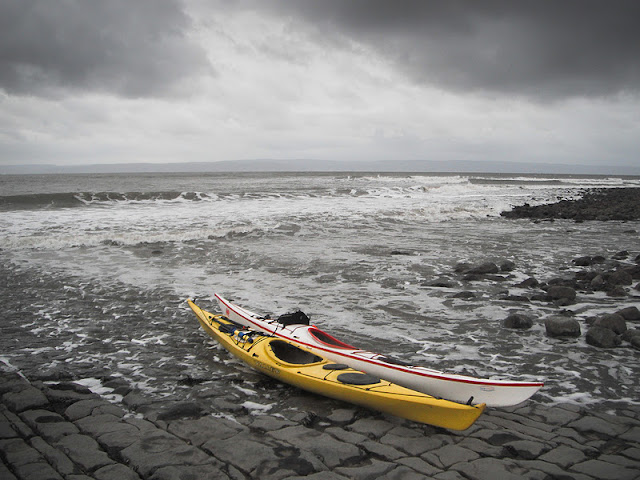 Plan B, after much deliberating we opted for launch at Llantwit, it was a good choice. 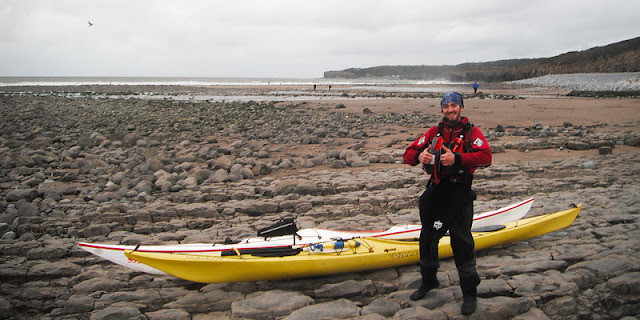 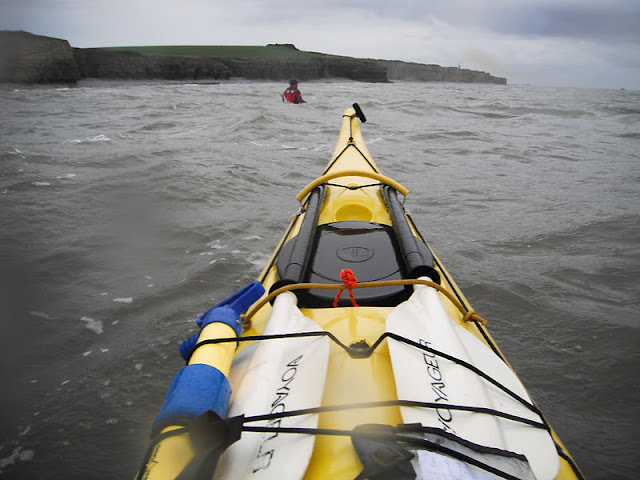 Though there still a good swell here & lots of surfing opportunities. 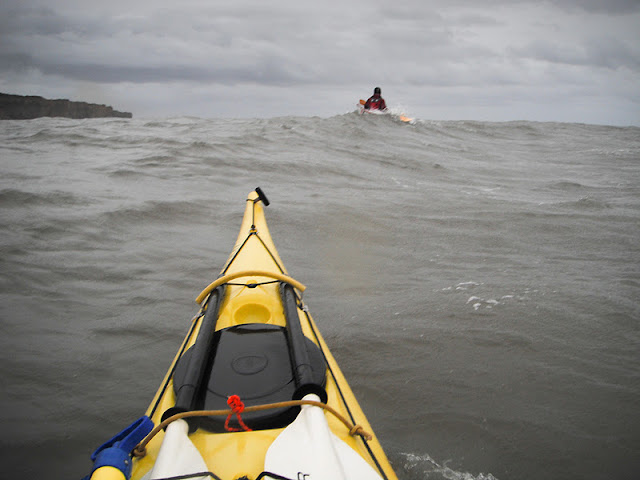 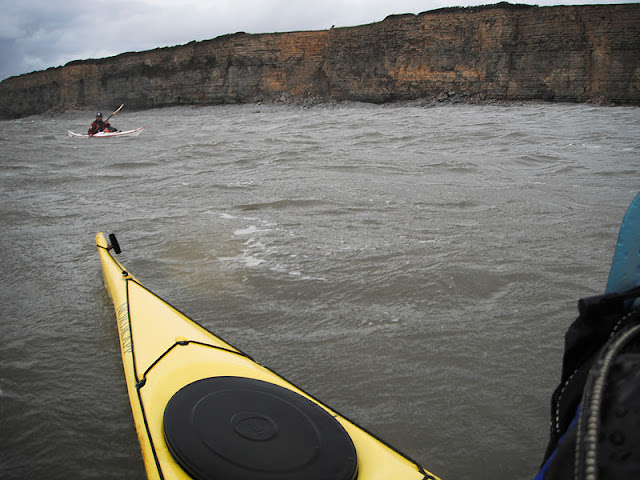 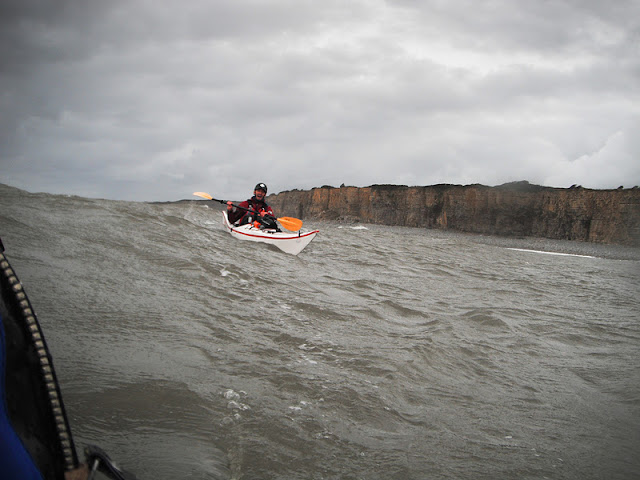 See what I gotta put up with :) 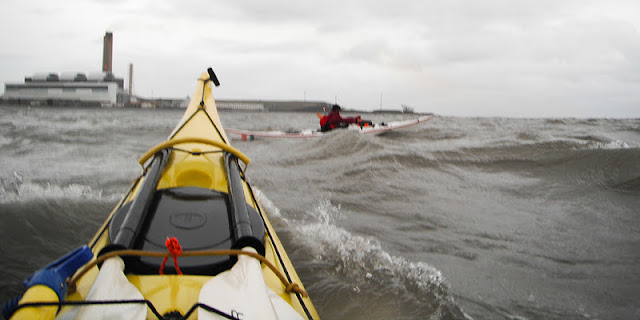 Time to head out to the tower. 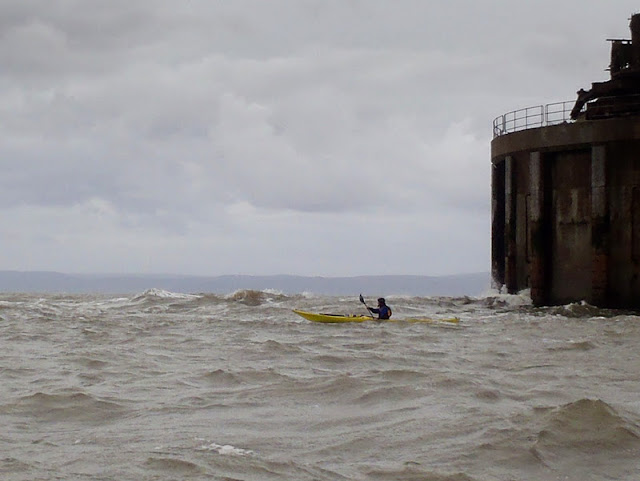 I'd left it a little late & it looked like the tide would push me straight into the side of the tower so I went left instead & missed most of the fun :( 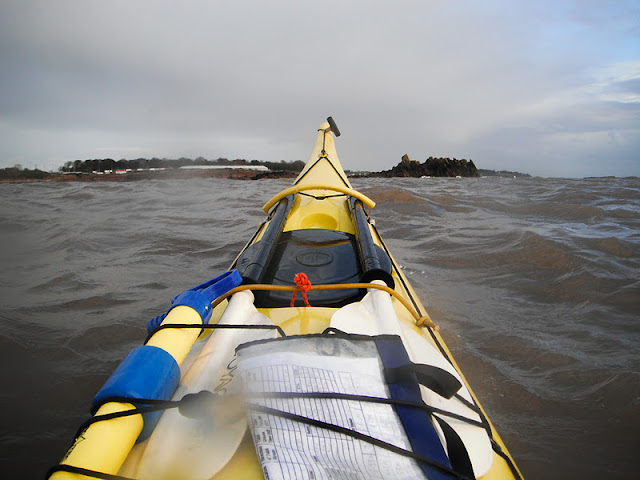 We were both feeling the cold during the break so we pushed on to bendricks Rock having an absolute hoot surfing the swells.

Stuart thinking about it?

Hmmm, not just yet.

Yeehaa! He seems pleased with that :) 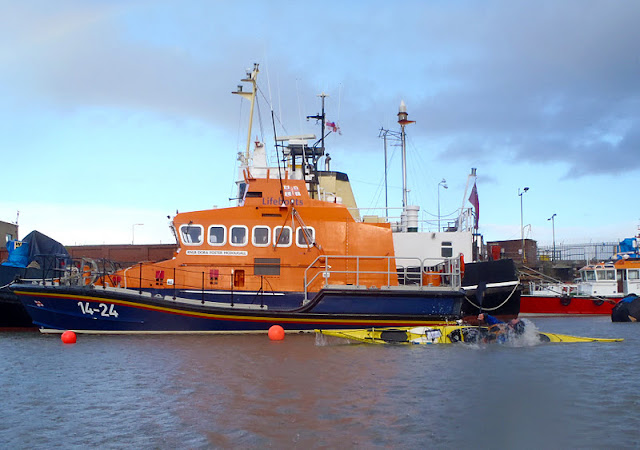 I wanted to practice my rolls but Stuart wanted pretty pictures & asked me to go by the lifeboat. Strangely there were two lifeboats here today? 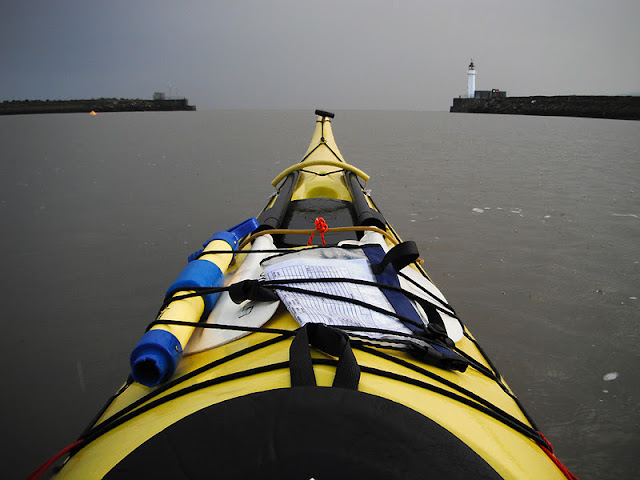 The eery calm of a downpour. 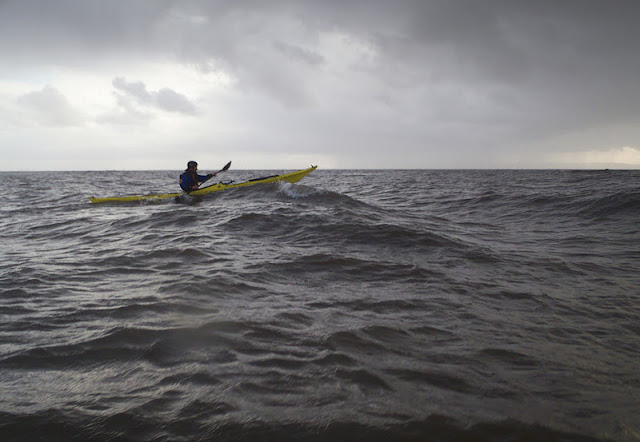 Then back into the swells off Nells point for some more surfing :) 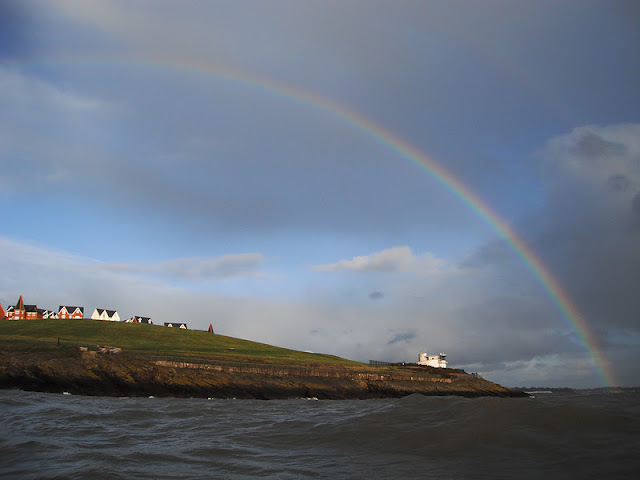 And a postcard view of Nells Point coastwatch station to finish an absolutely awesome day out...