The Knap to Llantwit Major....

Today I was hoping to get some of the club members, (Glam Boaters) out onto the sea but trying to get a day when everyone is free is quite tricky. 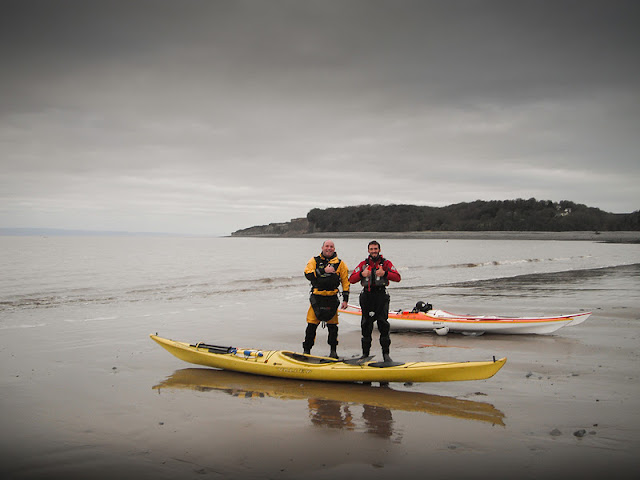 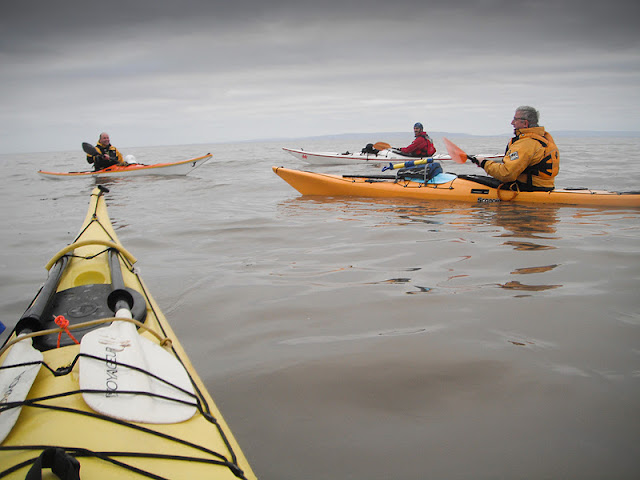 Bumped into this old git too, sorry Pete ;D 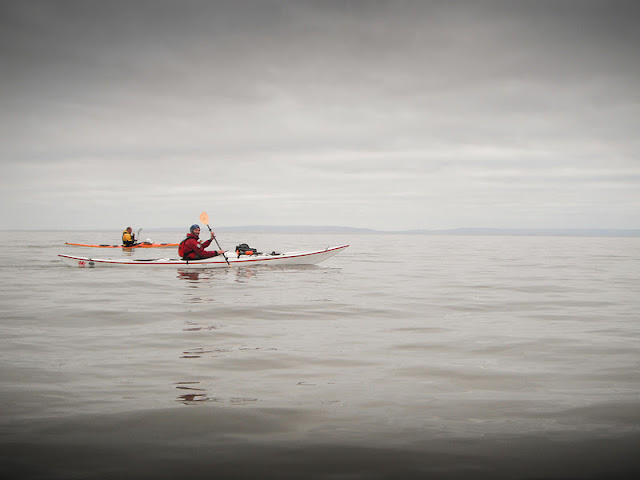 Pete had already been on the water a few hours & was heading back in so we said our goodbyes & made our way West. 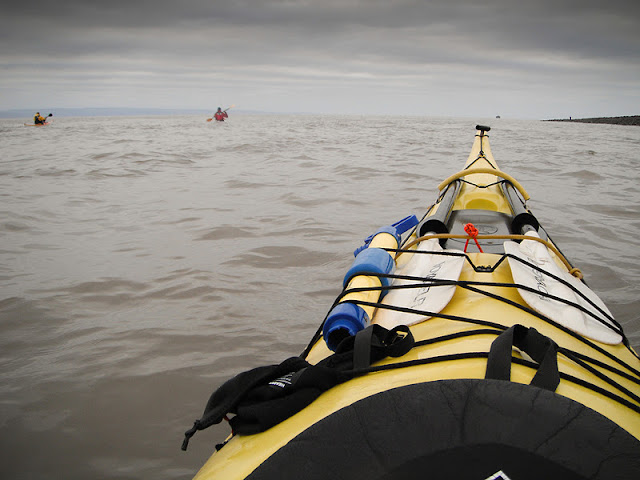 It was quite a lovely day but I was finding the conditions disappointingly calm & longing for some action. 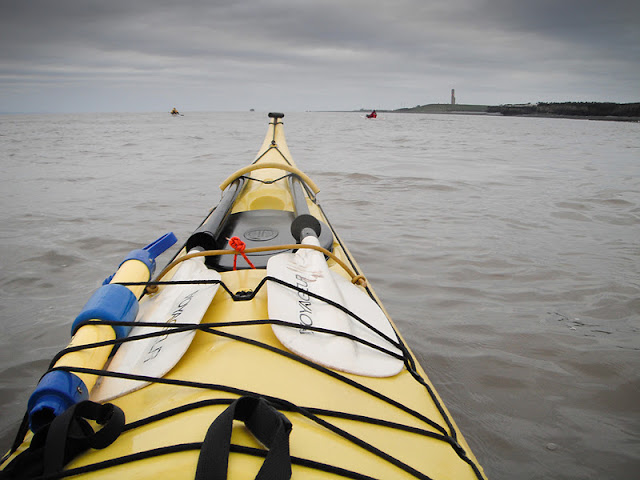 Evan Aberthaw tower was unlikely to be playful in these conditions.

Passing Aberthaw the boy's went right & I went left looking for some flow around the tower. we all met up in the lee of the tower & played in the spinning water that had just got squeezed around the tower, playful but a little too gentle. 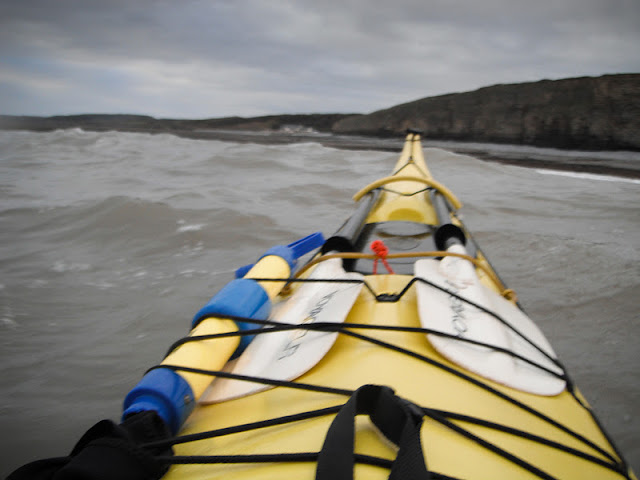 From Aberthaw to Llantwit I hugged the shore (literally) trying to spice things up by paddling side on to the waves breaking on shore. A couple nearly caught me out, in fact one was surprisingly big & got my heart pumping. It reared up & dumped before I had time to turn into it so I slammed the paddle into the water using the power of the wave to lever the boat back out to sea. Only just got away with it :D
Arriving at Llantwit we found some pretty decent surf, all swell & no wind action so they had plenty of power in them. The problem was they were dumping onto corral covered rocks, not ideal. 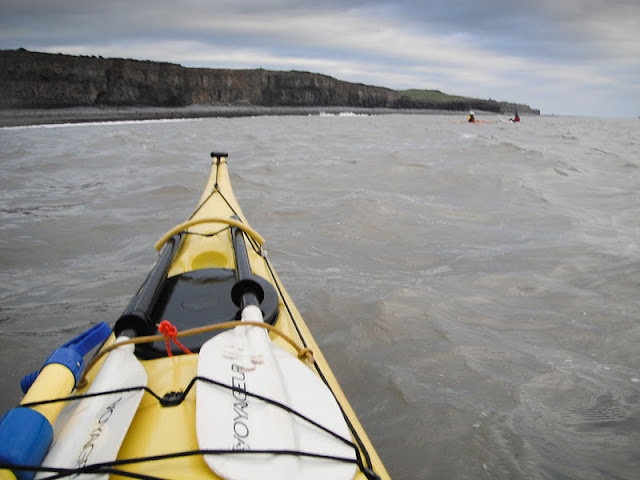 Stuart & Noel were debating how to get ashore with their glass boats. I on the other hand could be less than gentle with my plastic Nordkapp so I caught a wave into shore.
I purposely chose a modest size wave as I was surfing towards rocks & I was rewarded with a lovely smooth ride to shore. 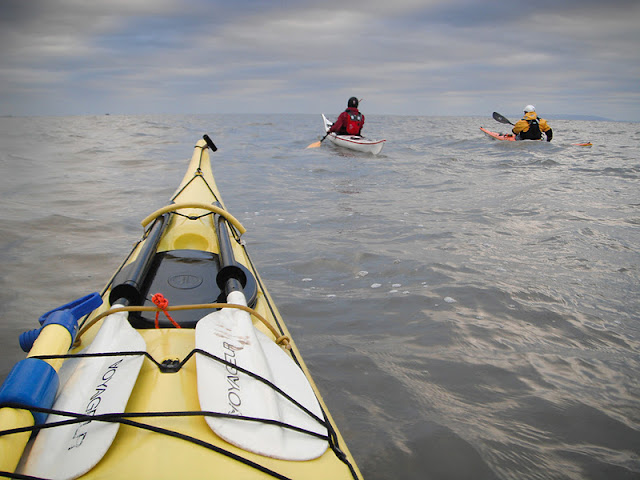 I managed a quick pee & a leg stretch whilst Stuart & Noel stayed on the water. Cant blame them really as I landed on Corral & got away with a light scrape or two. 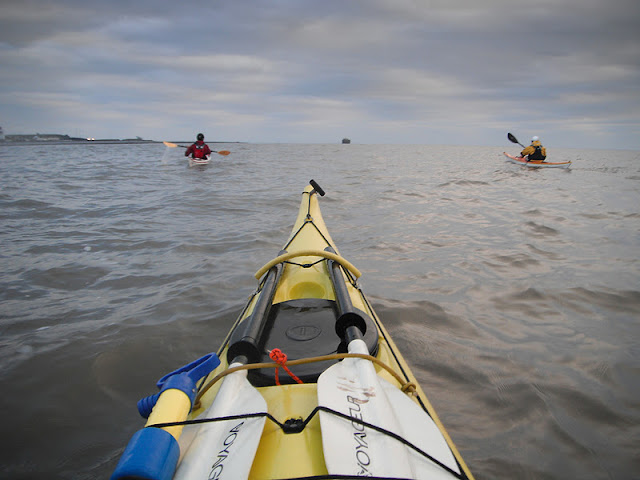 Heading East again & the light is starting to fade. We paddle out to the tower hoping for a play, luckily its a little bit rougher at the tower so I was happy :) 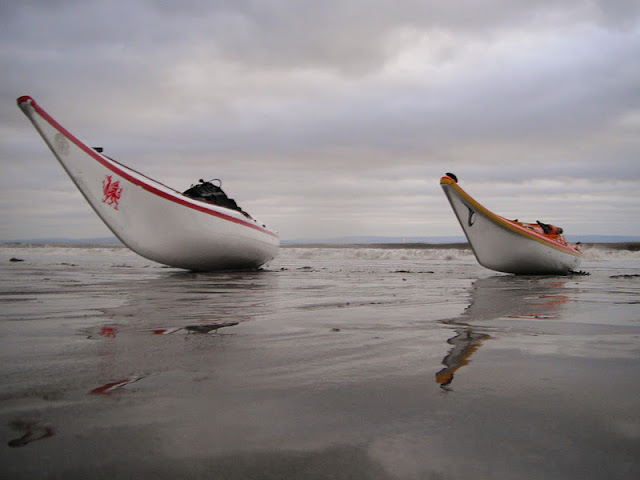 I caught a lovely wave back onto shore at the Knap, certainly not big at all but I held a straight course & was pushed all the way onto the beach, magic :)

Would have been a bit of a boring paddle today but luckily I had good company. A fab day out...
Posted by Taran Tyla at 19:32