For the second year in a row me & Stuart decided to head to Flat Holm on Xmas eve, this time joined by Jules in his new Delphin.
I had planned to paddle out to Flat Holm sitting on the back deck just for the plain stupidity of it but it looked a bit too rough & I fell in by the end of the pier at penarth trying to take a picture of Stuart (whist sat on the back deck) with a rainbow behind him. I got the shot but it was out of focus, GRRRR. 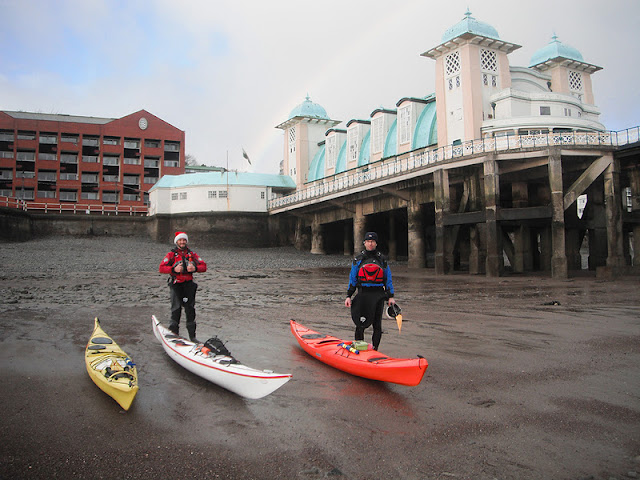 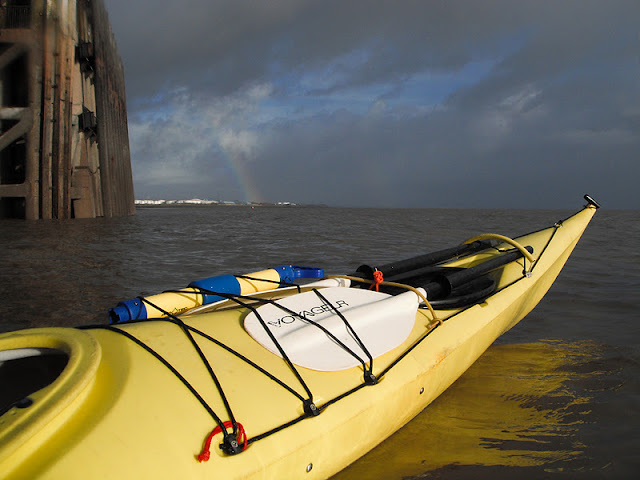 So I took this shot from the water instead :)
It got quite rough over some shallows midway & by the time it calmed down Stuart was obviously suffering from mental trauma. 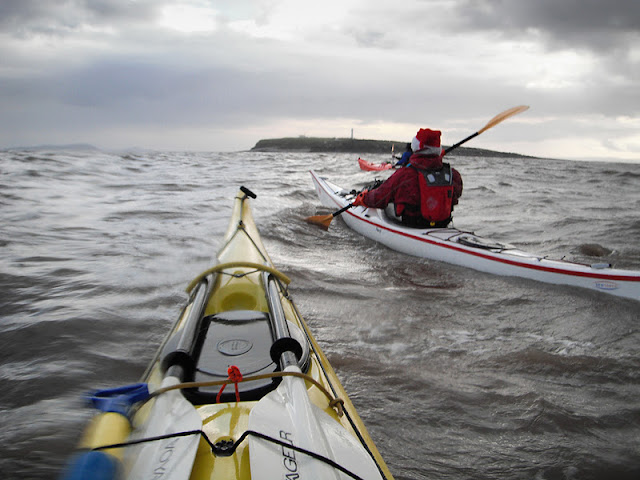 Nearly there & despite the calm looking photo it was hard going with the wind, waves & also tide competing to push us off course. 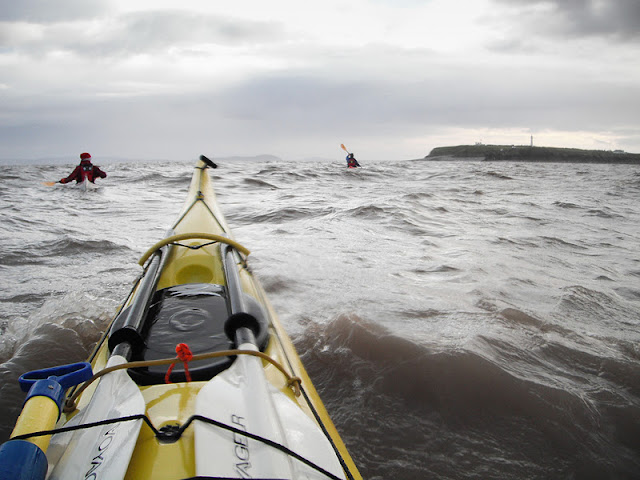 The swell wasn't huge but was big enough to throw up some most welcome surfing opportunities. The F5-7 forecast with moderate becoming rough sea state didn't really materialize though it was bouncy enough.
Nearly There :) 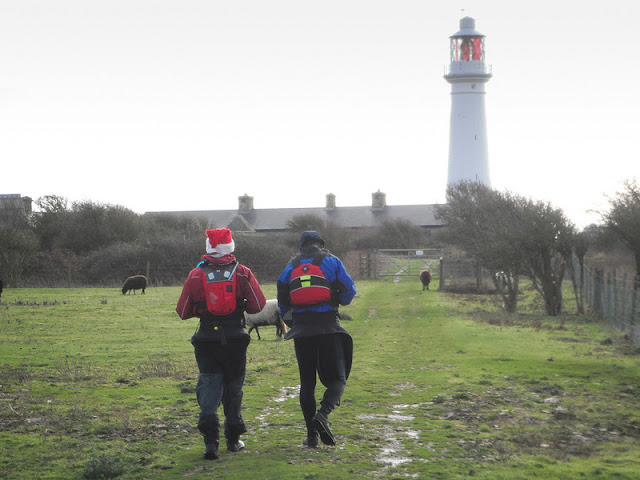 On the island we go for a stroll, last time Jules was here it was full of naked people but with there absence he decides to impresses us with his knowledge of sheep? 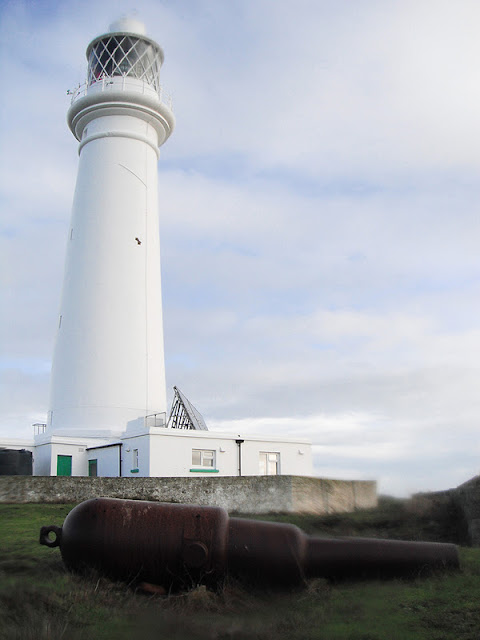 There's a rude joke in there somewhere, Answers in the comments box :)
Utterly Frozen we head back to the boats to warm up with some paddling.

Its looking lively in the channel & promising an exciting paddle back. 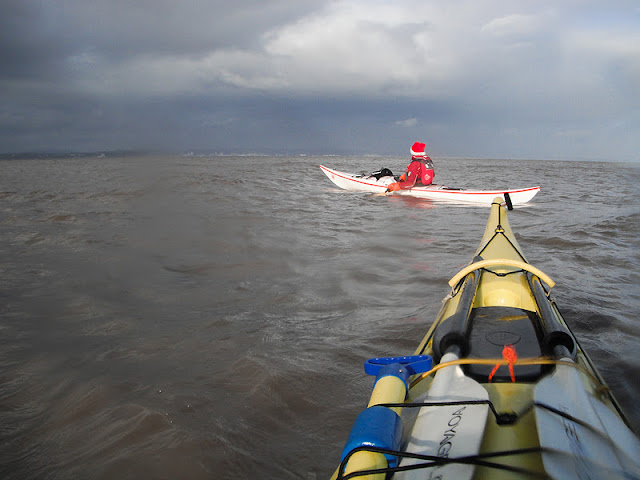 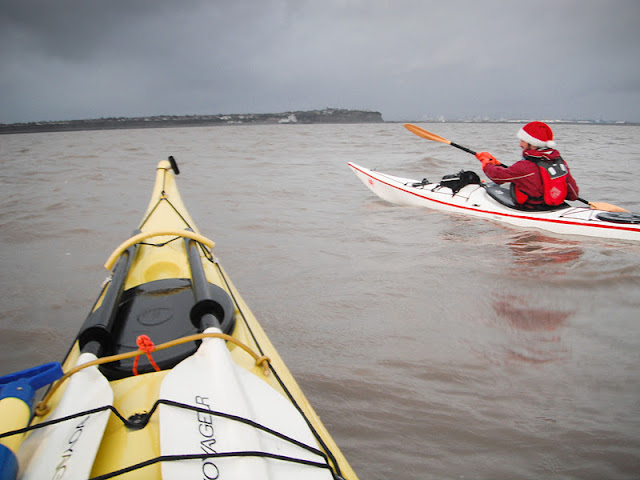 Nearly there & its calmed down considerably as we approach the mainland. 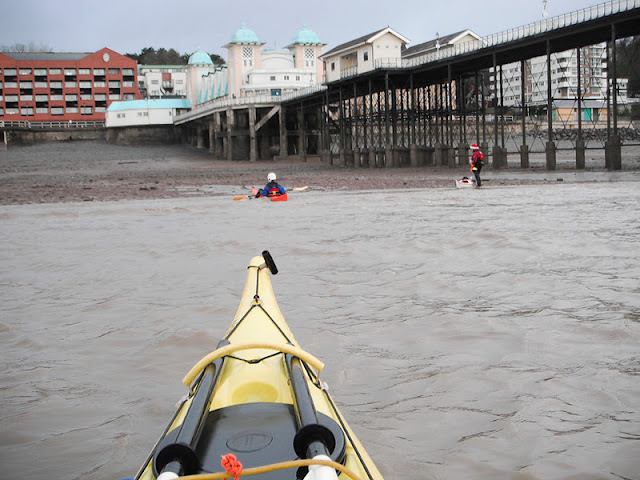 An most excellent day out with good mates, wonder how next years paddle pans out...
Posted by Taran Tyla at 16:22