Going nowhere, hmmm, seems to sum it up well. I had nothing on today & the weather was perfect so it would be rude not to go for a paddle.
I'm housesitting for my parents at the mo & my Mums Skoda was winking at me from outside, seductively suggesting she had enough fuel to get to the beach. 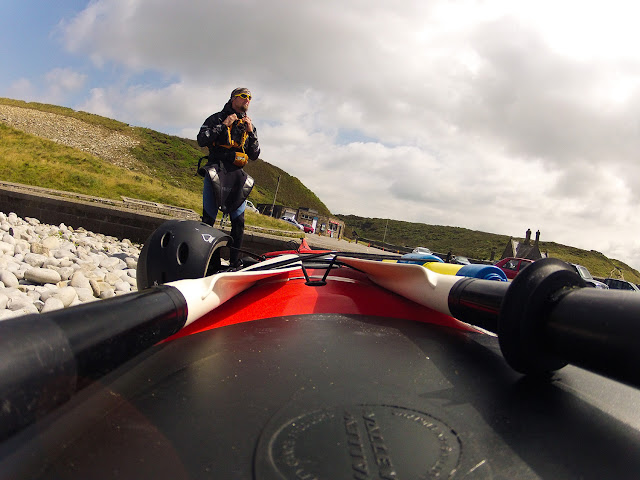 For a change of scenery I headed for Southerndown. I've always avoided launching here before as the surf is scary but with a gentle forecast just how bad could it be? 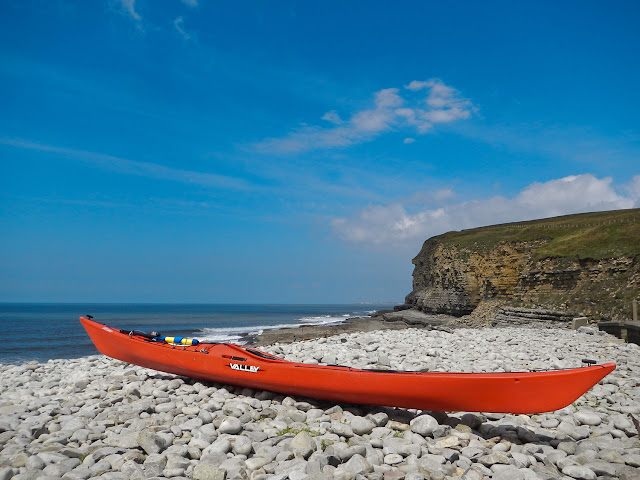 There was some usably surf to play on but not much. I decided I was going to follow the tide in & head, where? Hmmm, not really sure. Llantwit, Nash, I'll work it out on the water. 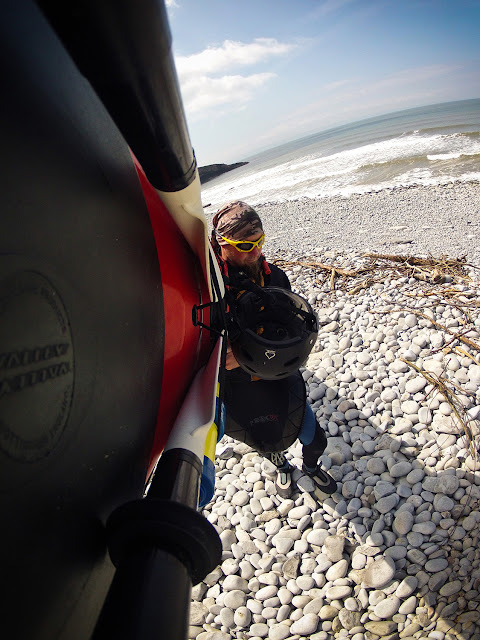 With only 2 hours to HW the carry to the water wasn't far at all. 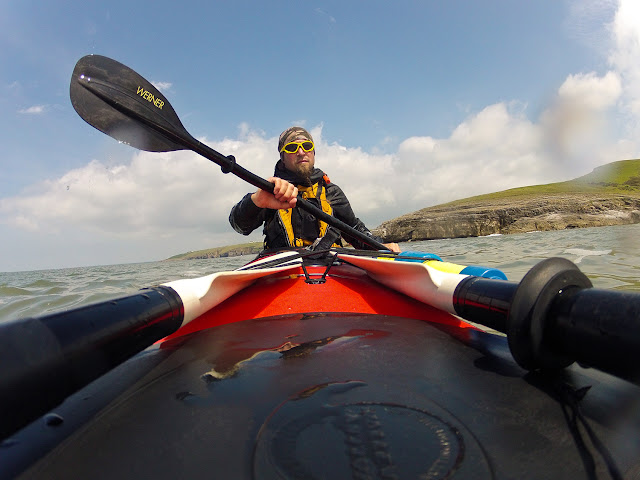 I leave Southerndown still pondering over my destination. 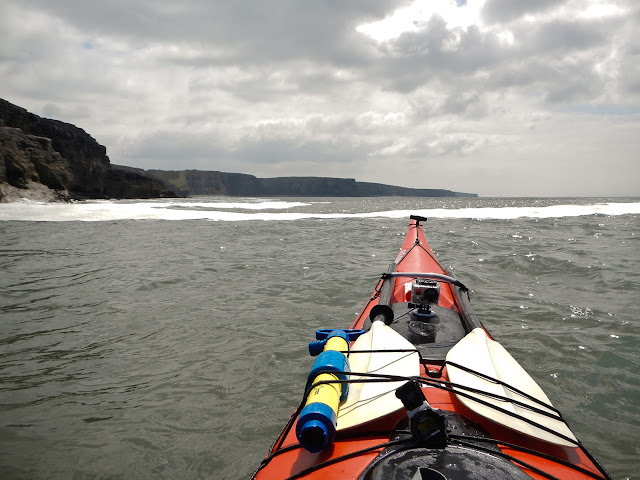 I can see Nash in the far distance & decide to head for there as a starting point.
I was half way to Nash when I realised my destination was really just putting miles on the clock. With the Ireland crossing looming I was content just to paddle & make sure I'm in good shape when the big day comes, if I evan go at all. I could happily give that trip a miss :) 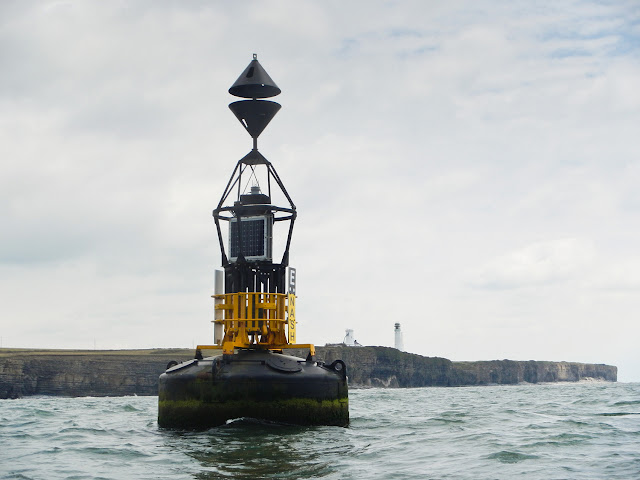 I arrive at an unusually calm Nash Buoy. 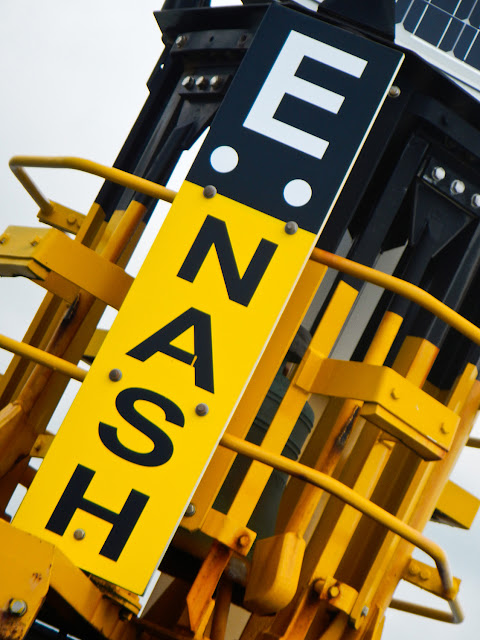 But the trinity house bell inside is still chiming. 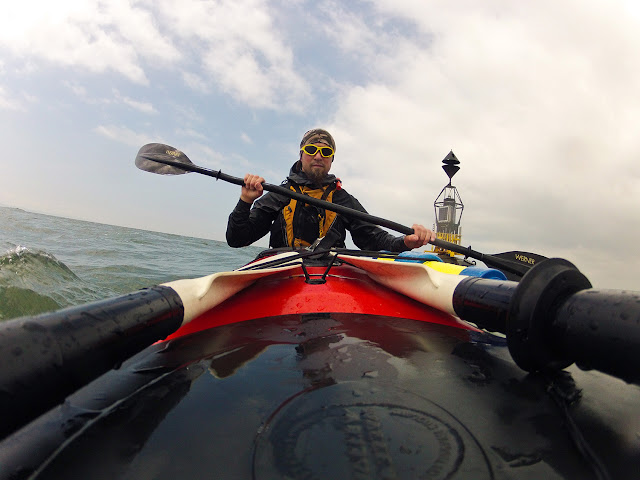 I push on having decided on St Donats as my destination. 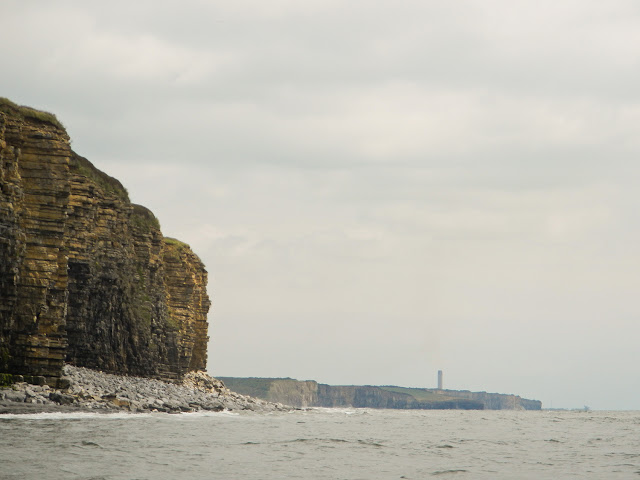 leaving Llantwit, in the middle distance of this image for another day. 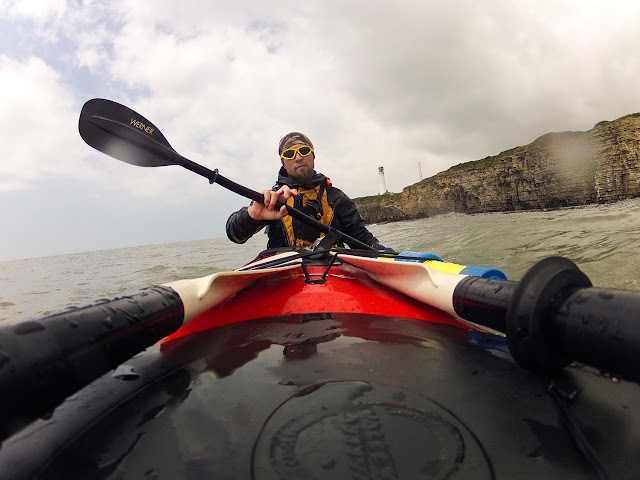 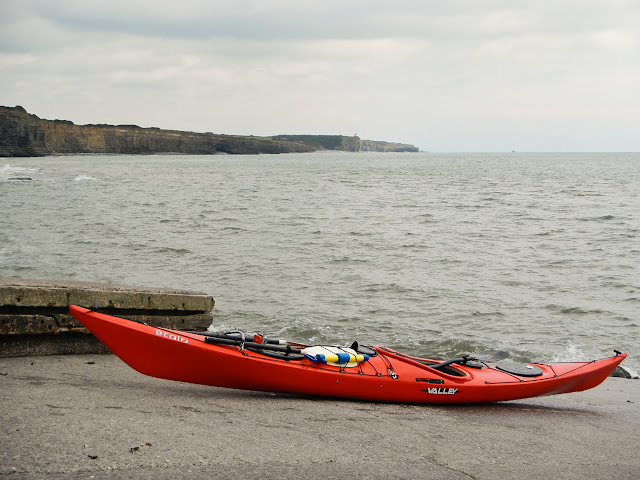 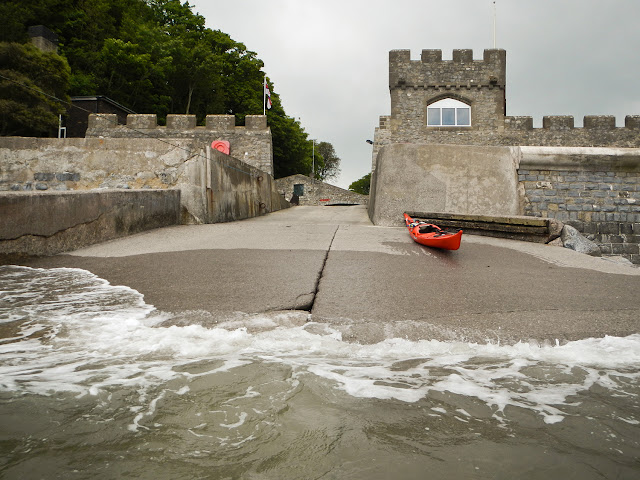 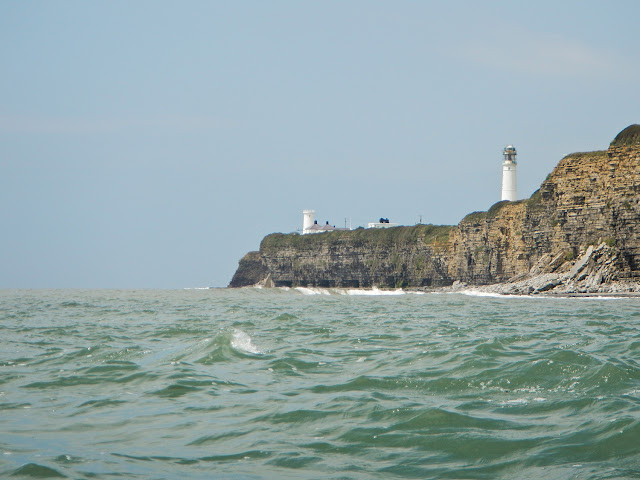 As I started back it was pretty uneventful. I was losing myself to the strokes of the paddle & making good speed to Witches Point, evan catching the odd swell. 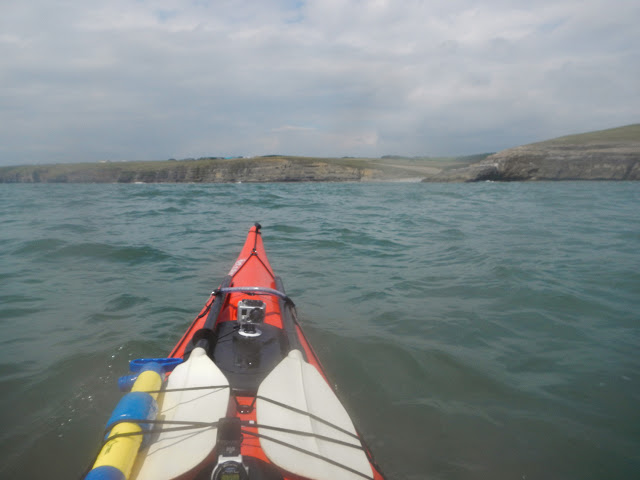 Arriving back at Witches Point, Time to go surfing :) 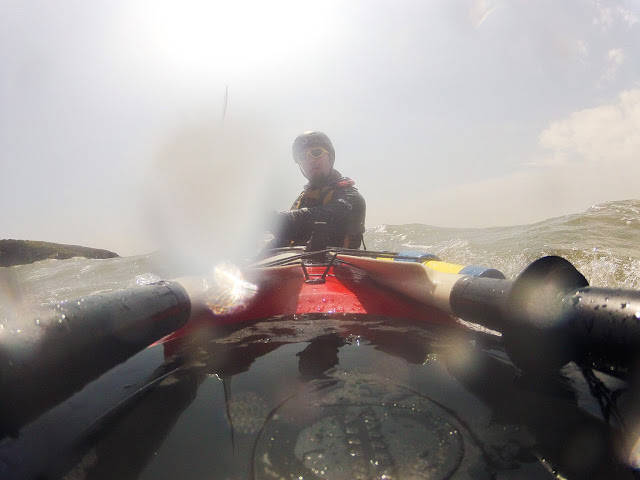 Hmmm, ok, its gone a little flat but as I look over my shoulder I see a decent enough wave & paddle like shit to catch it evan though I knew the waves were dumping onto the boulders on the beach. 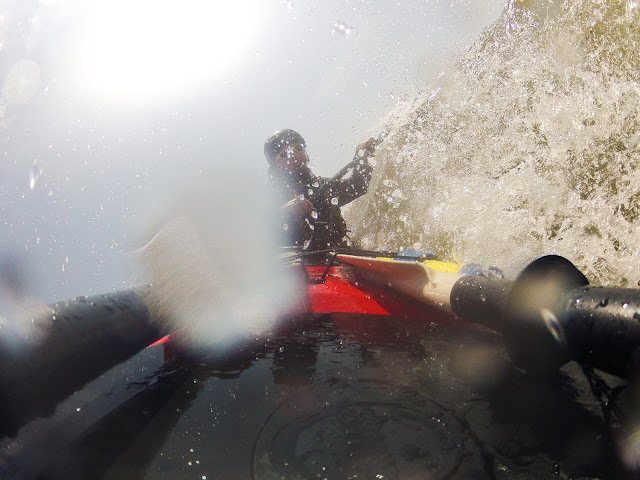 I surfed good & straight before getting turned & dumped on. 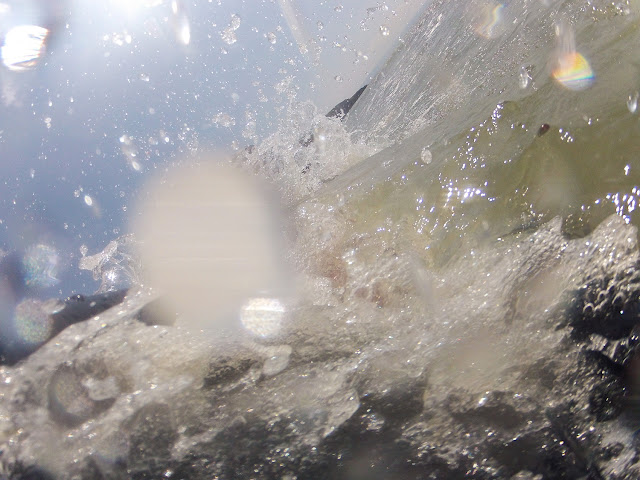 Theres a Taran in there somewhere (LOL). Another fab day out :)
Posted by Taran Tyla at 17:45