Ok, ok, deliberately misleading title, he he. The title actually refers to me dusting off the cobwebs & taking the Nordkapp out for a spin as she's seen little use since my Etain turned up on the scene. 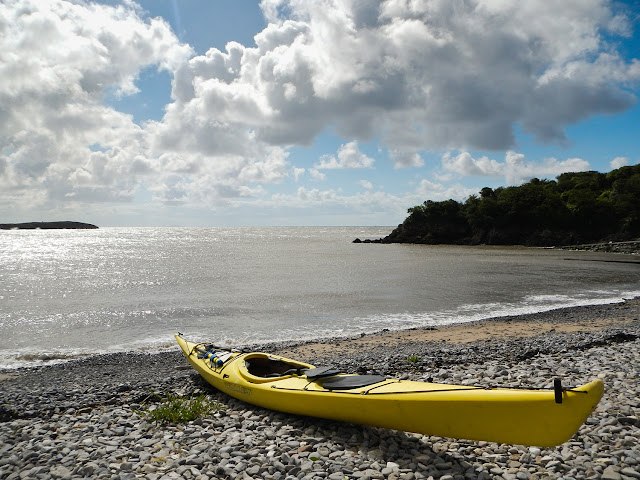 Not that it looks it here in the lee of the wind but wow, is it windy. I seriously consider staying in the bay? 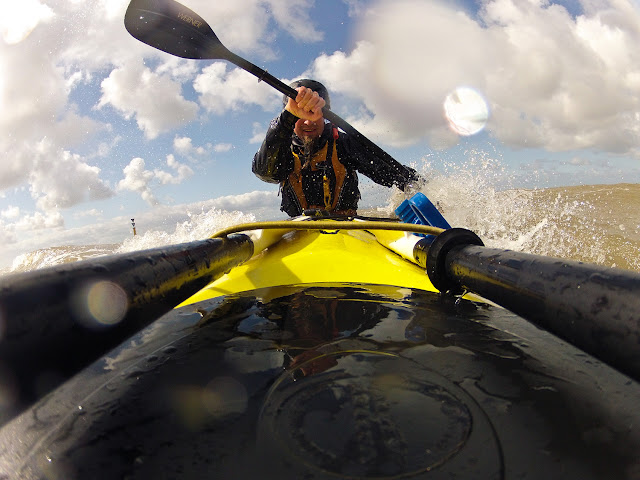 I head out to the Cardinal mark for some surfing & to assess the wind situation. 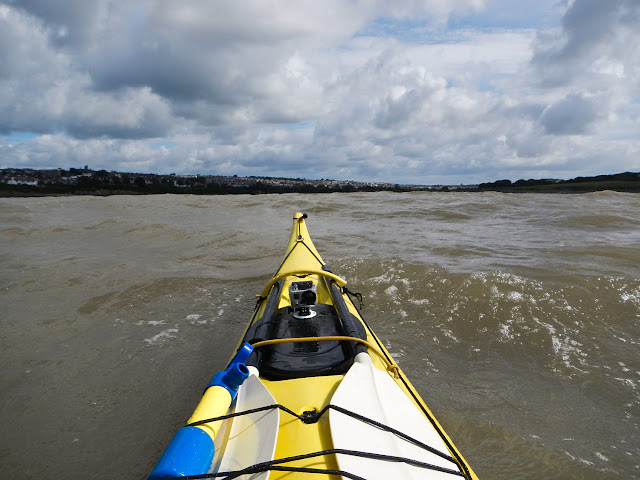 I catch a few more waves & decide to go for it. 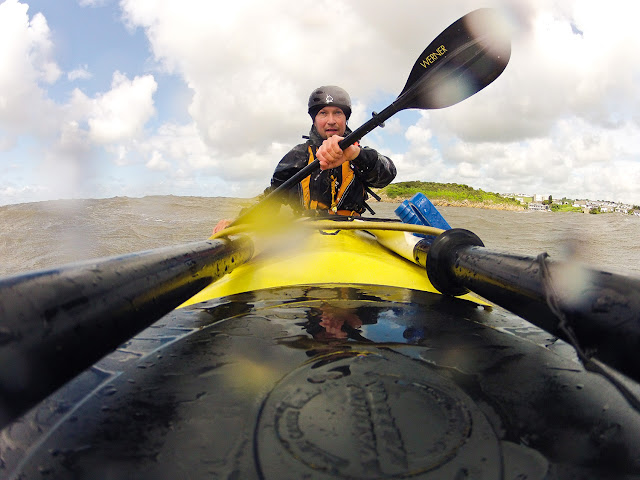 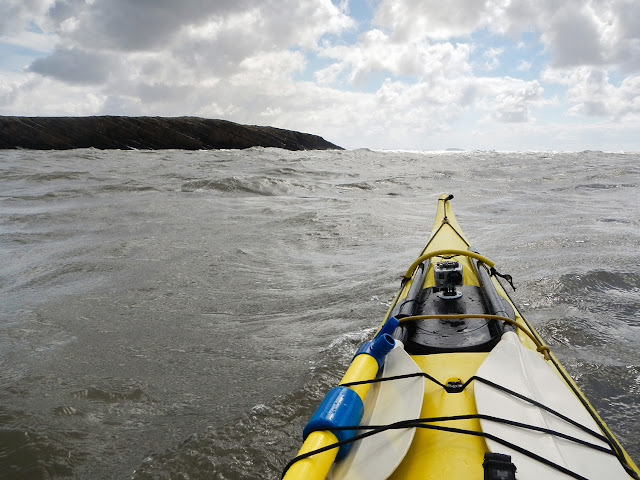 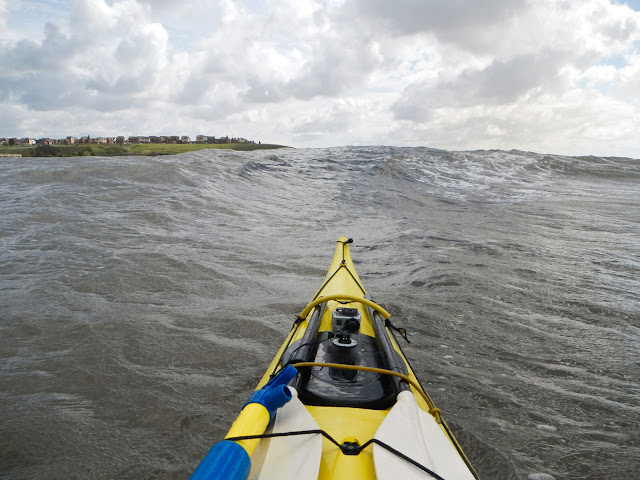 With the wind on my back & surf on my arse I make really quick progress past Barry Island. 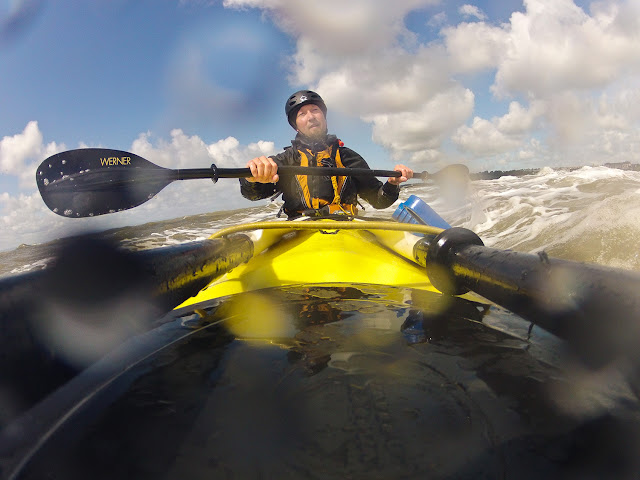 Hitting some messy white water at Nells Point. Its gonna get fun here in about an hour :) 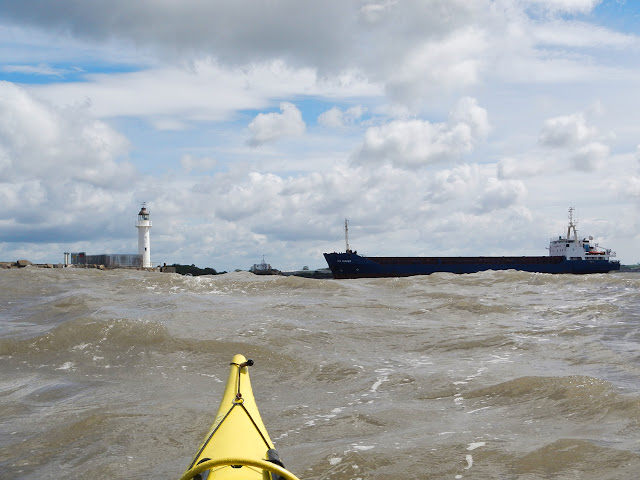 I head over to check out a roadblock on the sea. 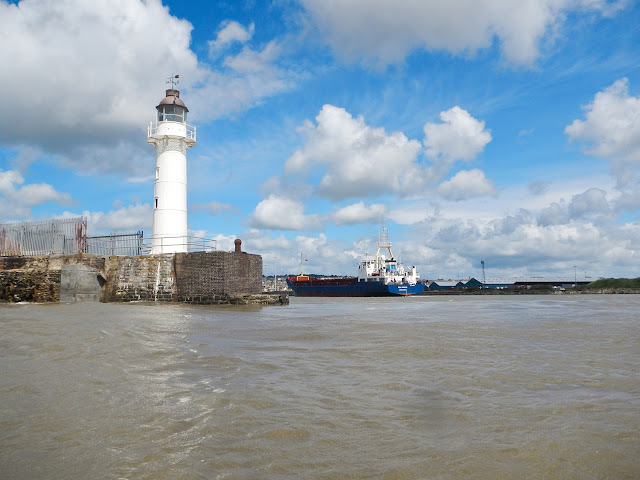 As she makes her way into the Dock. 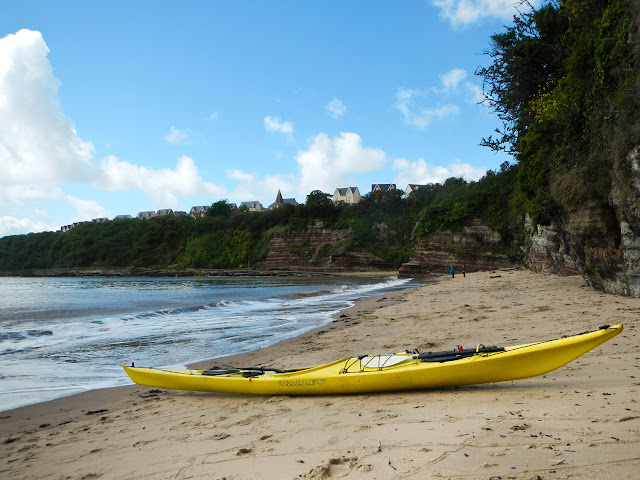 Then head into Jacksons Bay for A chill. 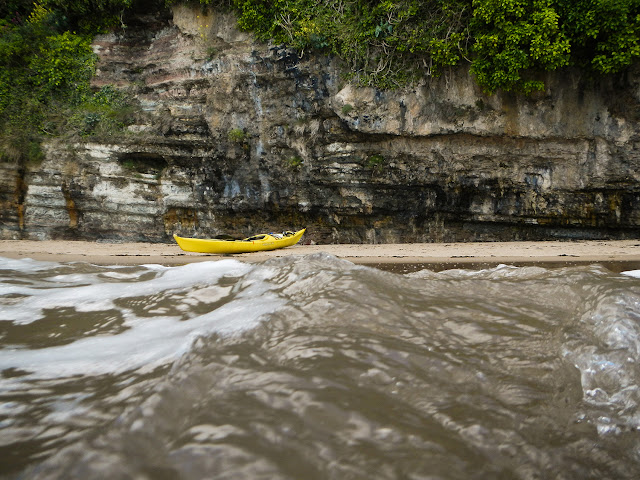 The tide starts to pick up at Nell's Point but I sit tight giving the tide time to start running on the ebb. This was the whole point of this paddle, bloody strong Westerlys are gonna give good sport with the spring tide pushing against them but if I'm impatient & leave too soon I'll miss the fun. 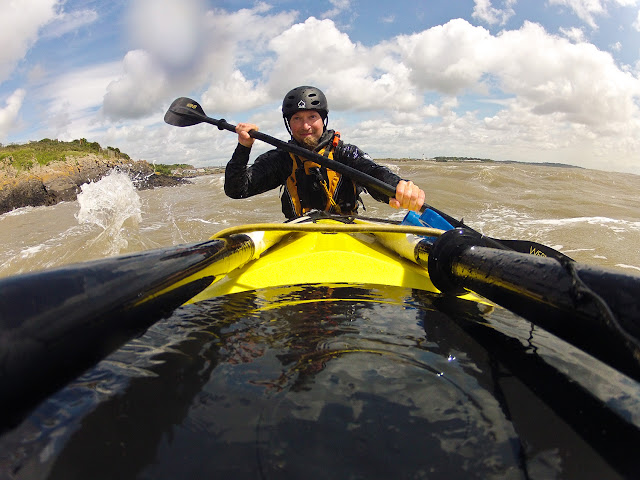 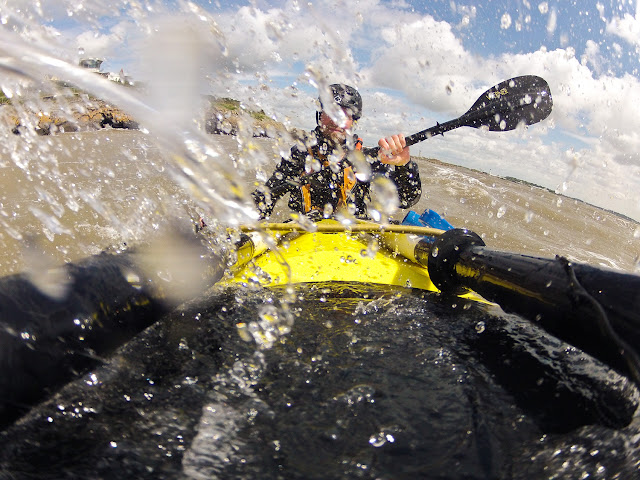 I paddle out & straight into the waves heading for the chunkiest part of the race. 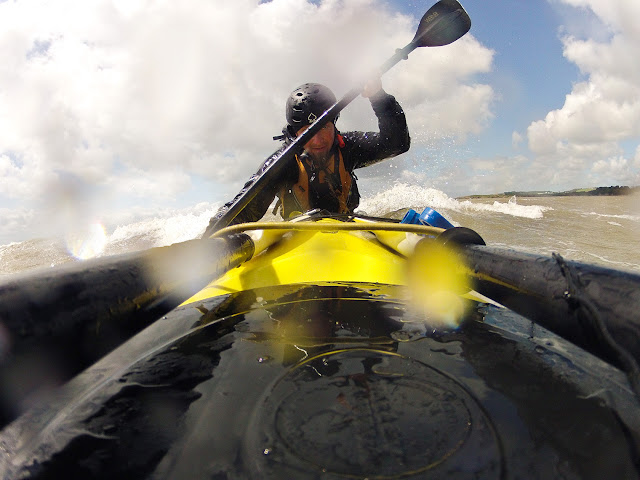 Before turning around for some surfing. The pictures dont really do the conditions justice, it was bloody messy out here & I kept getting turned side on to the waves. 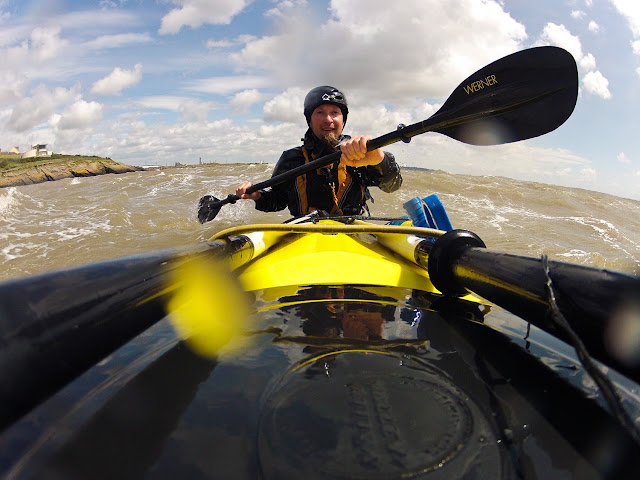 Back out for another go. 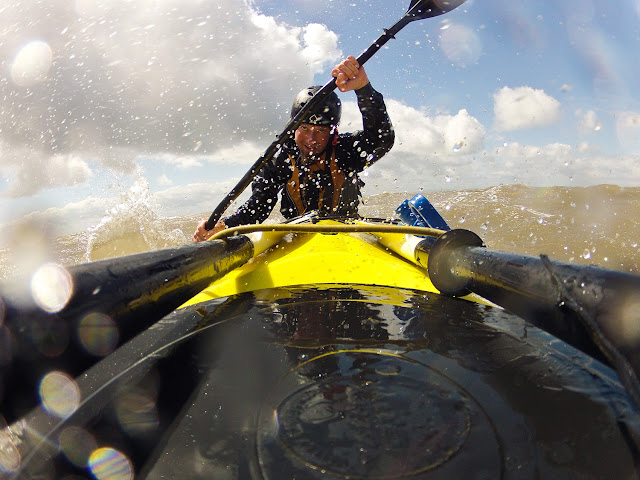 Before paddling like shit to catch the wave. I seem to have drawn a wee crowd on the point & have certainly got the attention of the Coast-watch officers. Forgot to ring them with my intentions again, whoops. 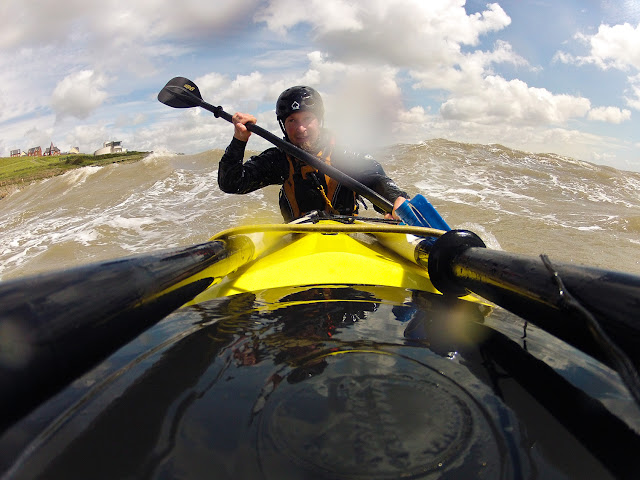 Time to head back, hmmm, this could suck! The wind is howling into my face so I stay well offshore & in the flow as it pushes off Nells Point. Its a measure of the tides around here at the quick progress I was making into the wind, it was a good F4-5 I reckon. 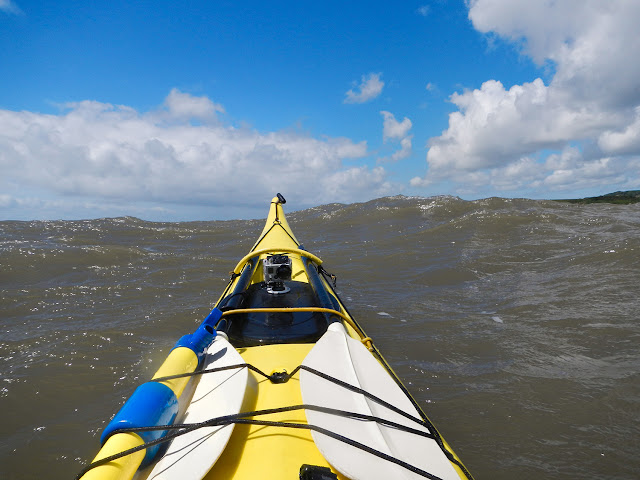 Rhoose Point hiding beyond the swell. It was bumpy out here but that was the point. There was no tidal assistance in the calm water of the eddies to my right. 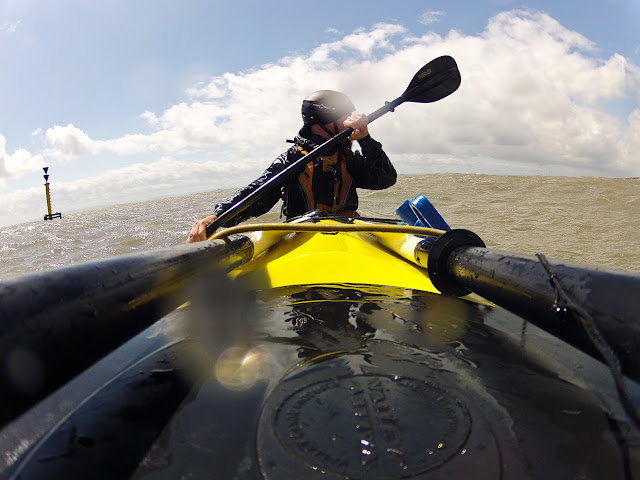 I stayed out till I reached the Cardinal mark once more. Unfortunatly the surf here had vanished with the turn of the tide so I slowly head back to shore. 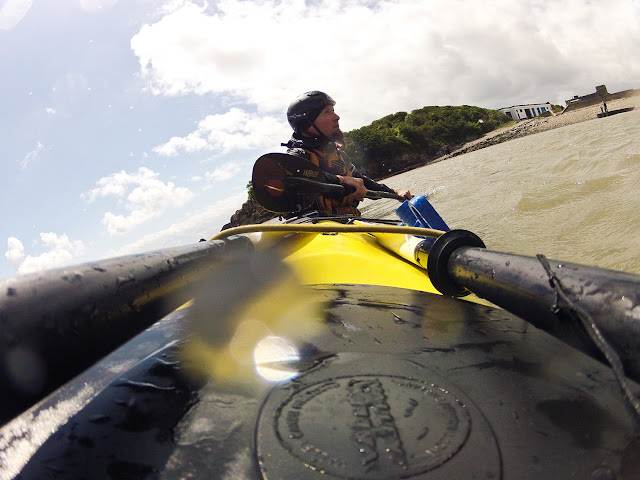