Having had a wonderful night camping on Sully Island, I broke camp early & headed off a 8AM. I first popped across to the mainland to dump my rubbish (I won't name-drop the pub as they gave me a parking ticket a couple of weeks ago (bastards). I then headed for Jacksons Bay to replenish my water supply... 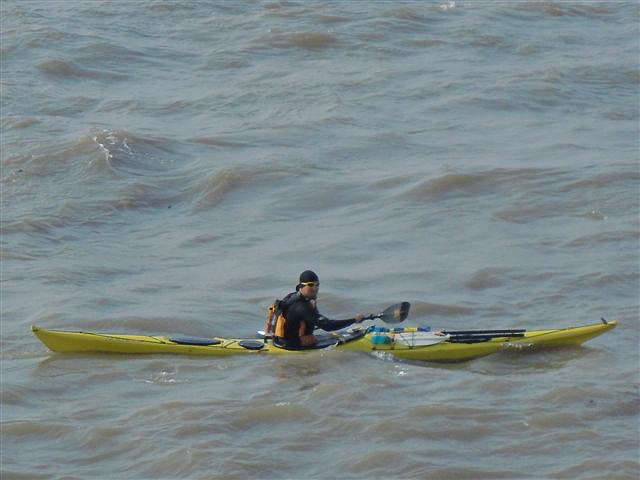 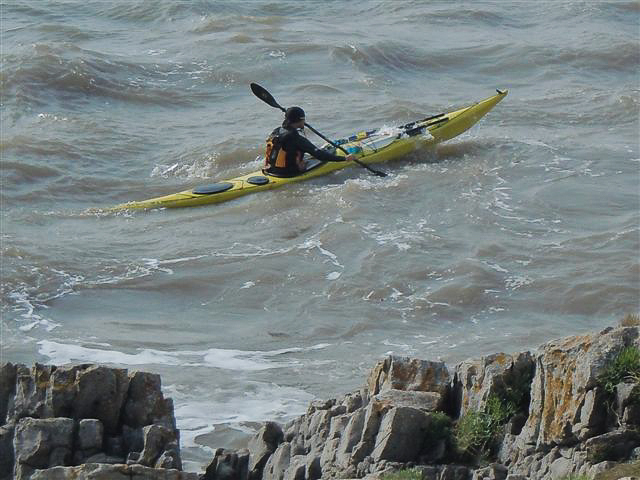 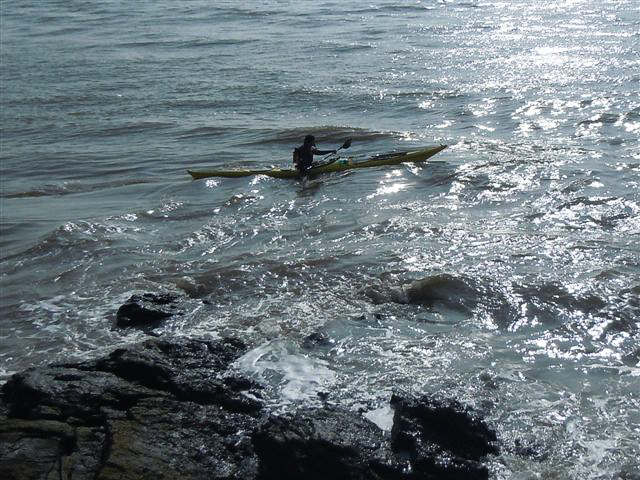 My mate Scott was at Jacksons & took a few images of me, cheers Scott :) 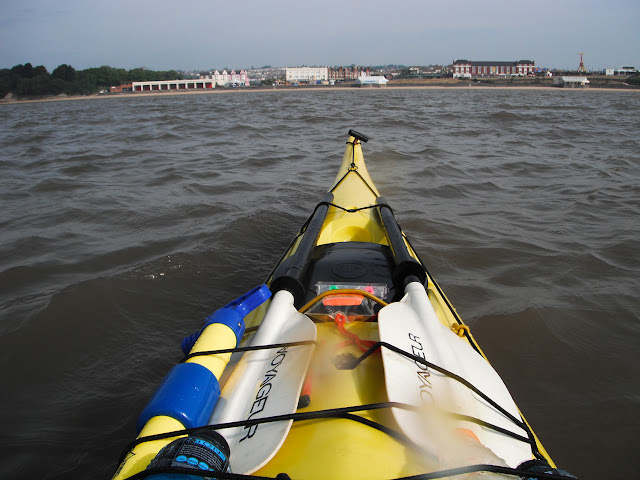 I passed Barry Island & pushed on, my thoughts turing to Rhoose Pount & Nash Point wondering how rough it would be. Rhoose, as ever was a bit of a handful but Nash was surprisingly calm (Phew)... 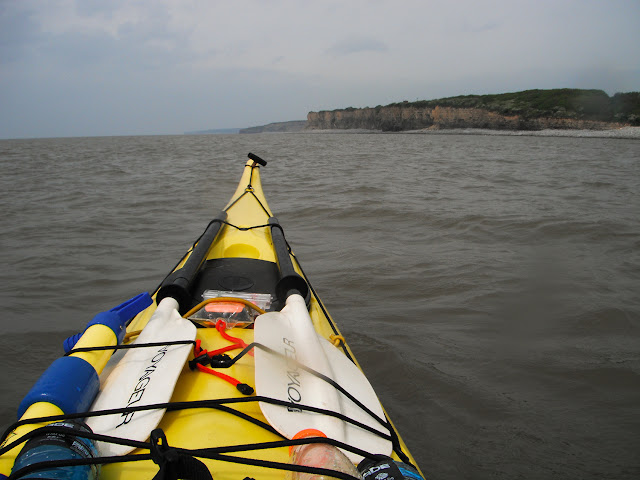 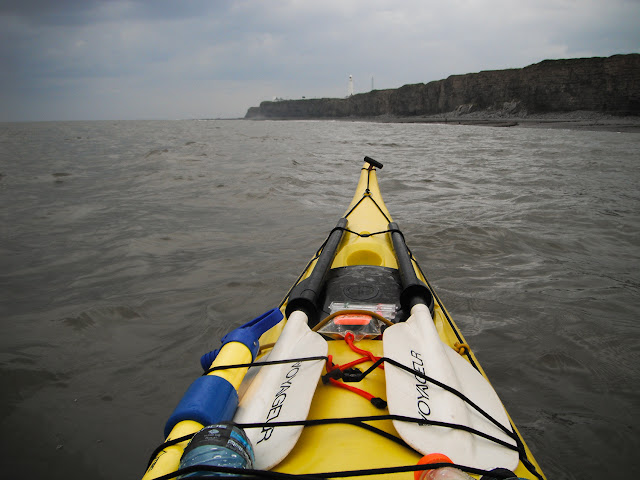 With those two out of the way i wonder how far to go? The lazy option would be ogmore & camp in the sand dunes.
I decided on the longer & riskier route of heading to Kenfig. I know there to be overfalls near the Seabank Hotel & I've not paddled here before, this is virgin water for me & it's a little lumpy... 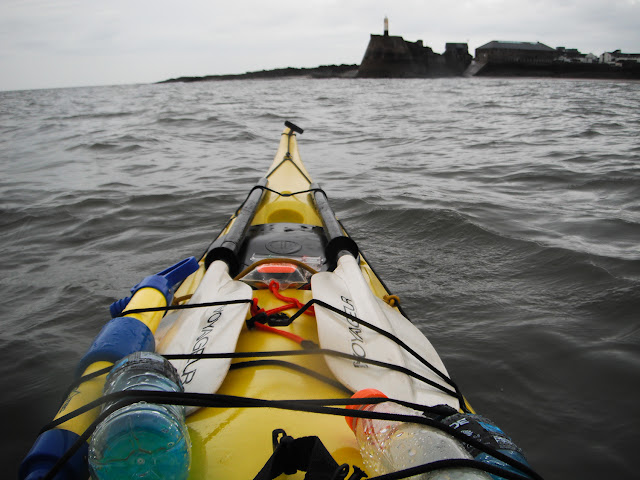 The overfalls weren't too bad but did keep my concentration as I broke into a surf a couple of times.
There was a lot of large surf passing Porthcawl so I stayed out beyond the waves. I was not looking forward to landing in surf but the thought of sitting in my tent with dry clothes on & a cup of tea spurred me on.
I picked my spot & observed the waves for a bit then went for it. I followed a wave in then looked behind, (shall we say I uttered an expletive!(LOL). There was a big wave looming down on me, quickly I back paddled & managed to ride over the wave rather than being taken for a ride.
I watched some more & slowly made my way closer in, back paddling & following waves till I made it to shore.

After a nightmare portage getting the gear & boat above the waterline I finally pop the tent up in the rain & spend ages drying all the kit bags before organising them all in the tent.

When the rain stopped I go out for a look. The waves are now huge! Think I may have set camp at Rest Bay (a surf beach(Whoops!).
There must have been about a hundred surfers along the lenth of shoreline, think I'm gonna take a beating paddling out of here?
With two nights spent on the beach I can see now that the biggest waves are during the mid flow of the tide & i will need to launch at high tide so should be ok? 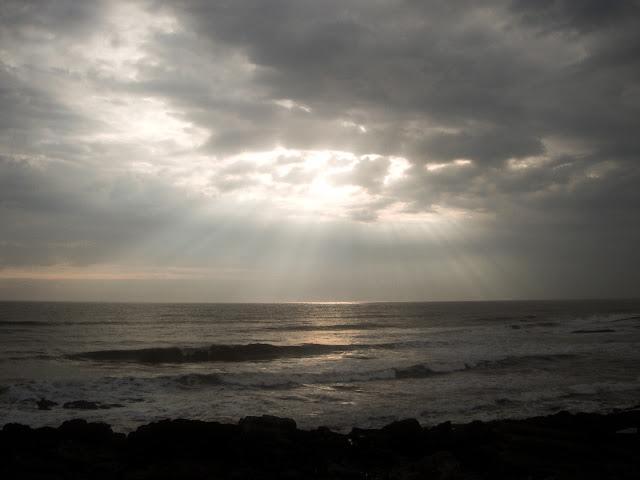 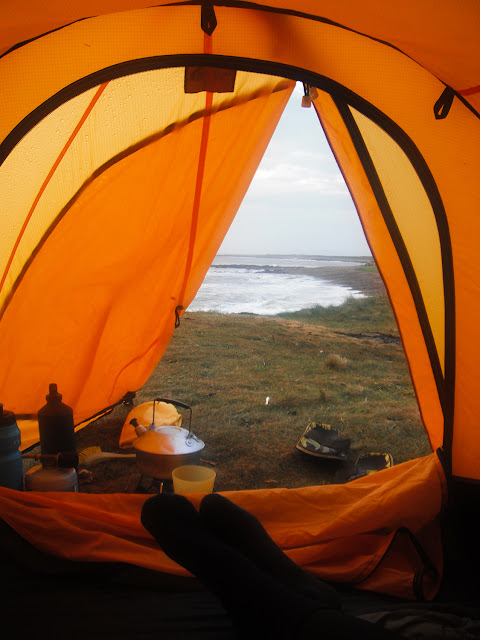 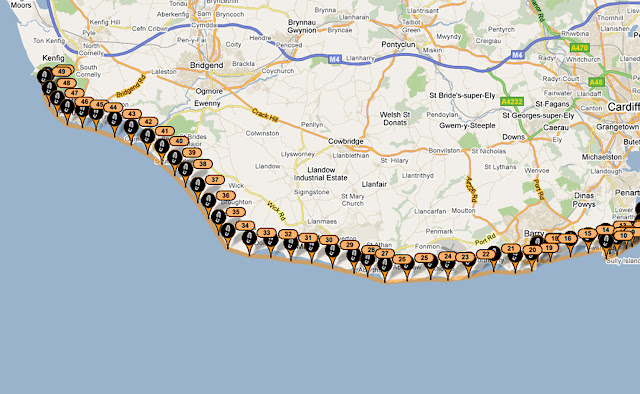