I met up with Gareth (from the Glam boaters) today with the intention of paddling from the Knap to Ogmore. We met up at the Knap, locked the kayaks to the post's in the image below & headed off in the cars so we could leave one at the other end.
I wasn't 100% sure about the trip plan as it was about 18 miles & would probably be finishing after dark & pushing against a little tide as it started to flood at 16:30.
Driving passed Aberthaw I looked at the sea & saw plenty of white horses. If its like that here it's gonna be worse at Ogmore? I pull over & discuss a change of plan. With gareth in agreement we now headed to Llantwit Major, left his van there & headed back to the kayaks. 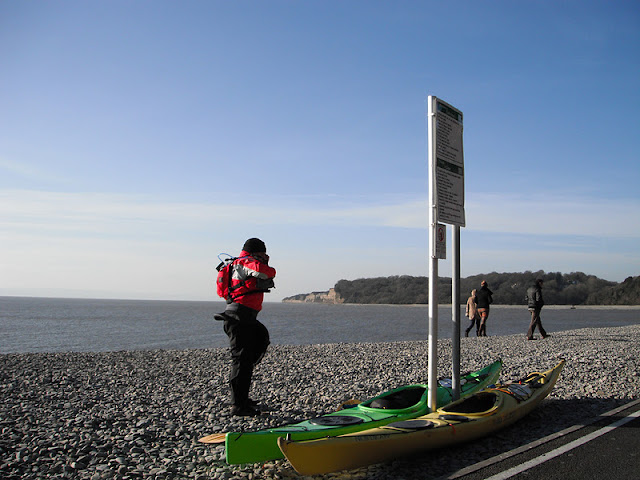 Despite the sunshine its actually pretty nippy. 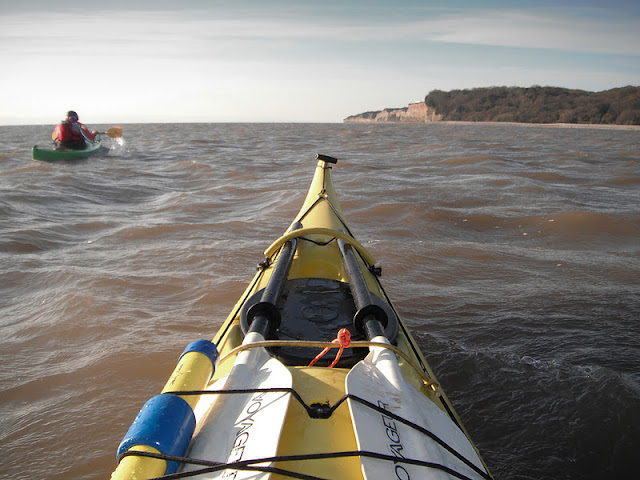 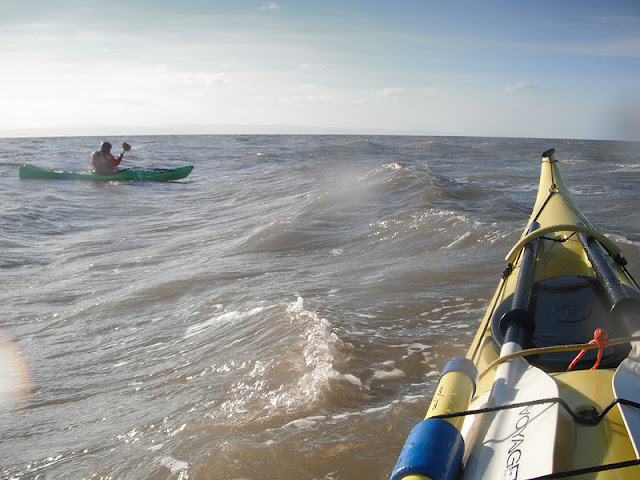 The waves start picking up at Rhoose & we start having fun.

All calm again for a little bit.

Starts getting messier again at Aberthaw.

Quite lively at the tower. 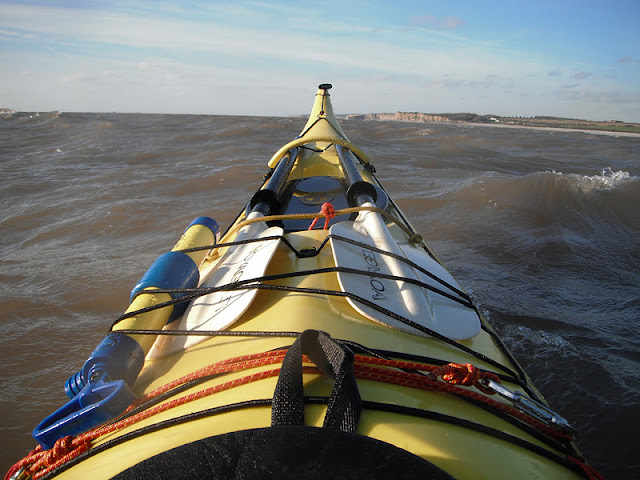 We start working hard trying to surf the waves & both got some nice runs :) 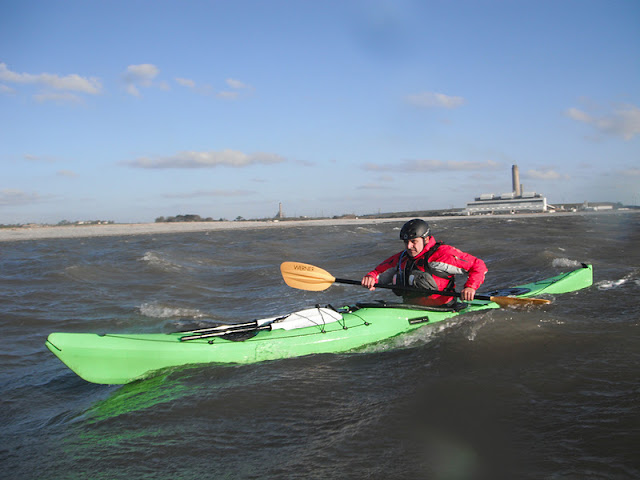 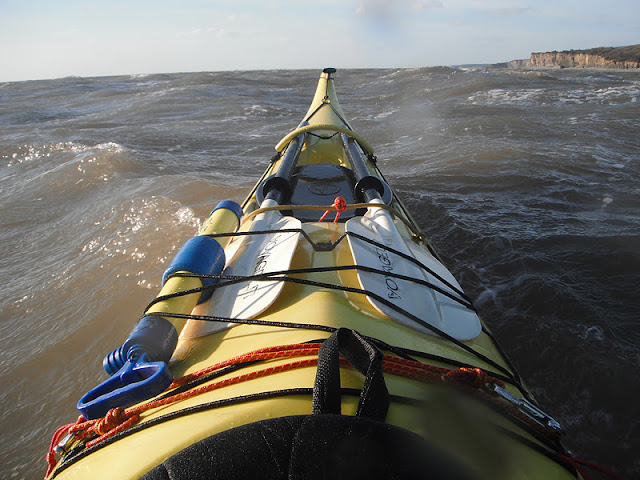 I should be keeping hold of the paddle but instead I practice one handed low braces with the camera in the other. 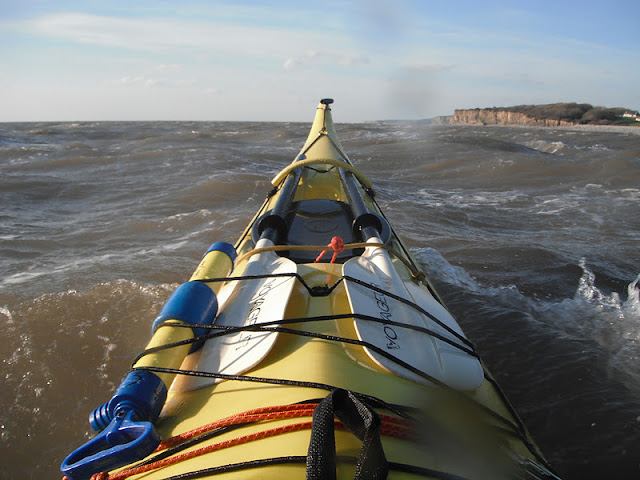 It kinda bugs me that photos never really look like what you were paddling in so I persevere trying to get a good shot as the waves pass under me & toss me around. 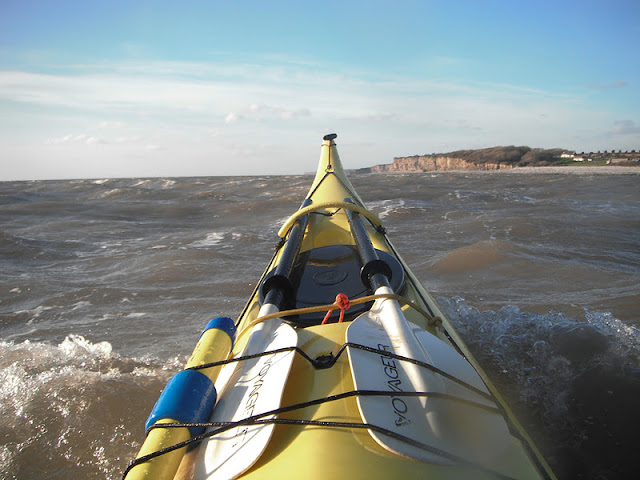 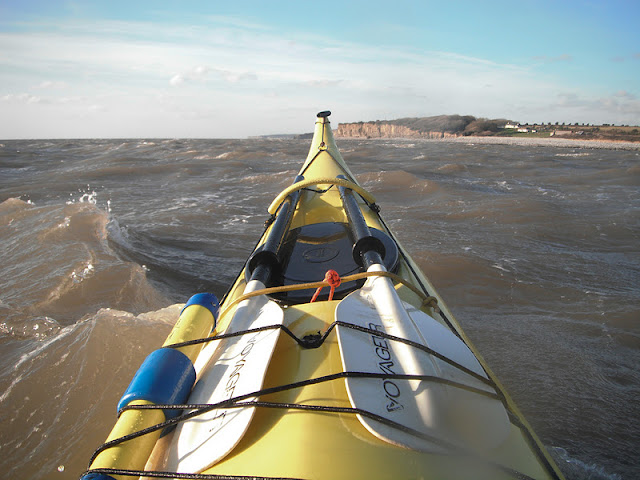 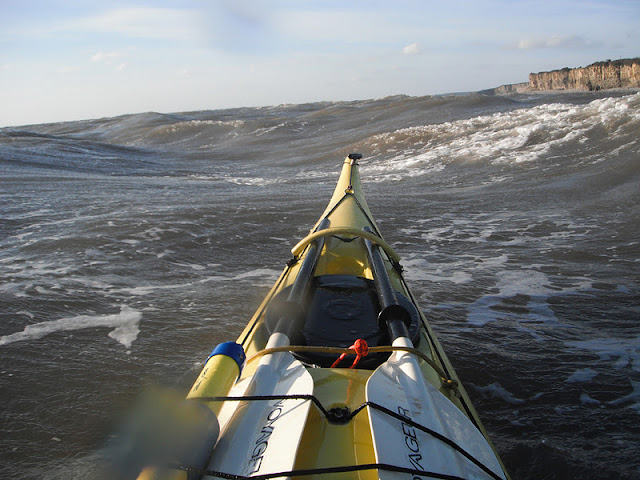 In the trough between two waves, I was having fun.

So was Gareth & I heard occasional shouts has he caught waves in his Delphin. 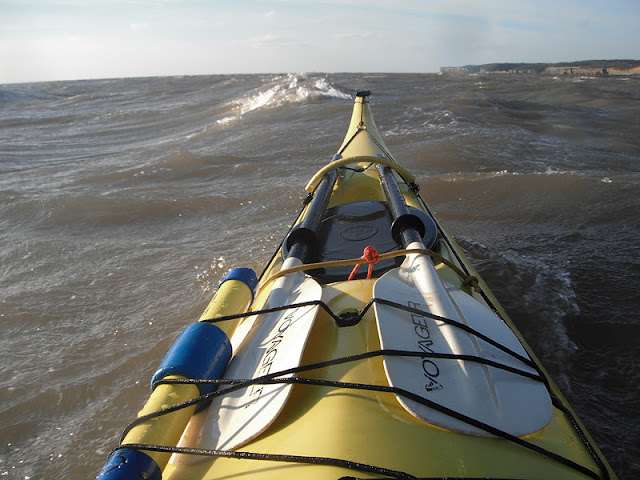 Almost there & one last attempt at capturing the choppy sea, still doesn't really show how lively it was. Despite the wind & tide on our backs we spent the whole trip trying to keep a consistent paddle stroke but the conditions were having none of it. It wasn't huge, just messy, choppy & fun. Good practice.

Me at the end of the trip trying not to look cold ;D Cheers for the company Gareth, it was a good day out :D
I think I'll have a couple of days off paddling as I've done three in a row now & 4 this week. I'll soon get bored though...
Posted by Taran Tyla at 19:22