Up at 5AM today to get to Stuarts by 7AM & hitch a lift in his van to meet up with Noel at Llangennith in the Gower.  Then off to Hill End campsite to drop off Stuarts van & squeeze our kayaks onto Noels car roof for the drive to the start point, Oxwich Bay. 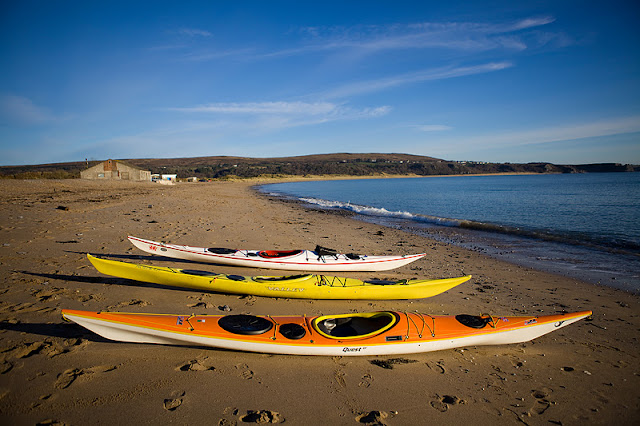 I think we were all giggles arriving at Oxwich to perfect conditions bathed in beautiful early morning light. 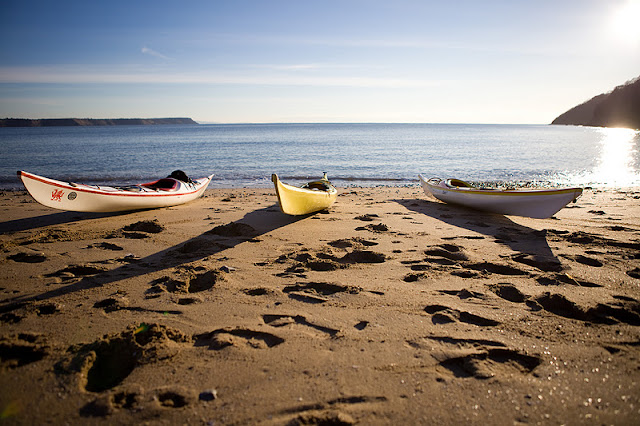 The forecast looked calm enough to risk  using my Canon 5D MK2 so I did, though its fair to say your certainly more twitchy in the boat holding a 2 grand camera in your hands :o 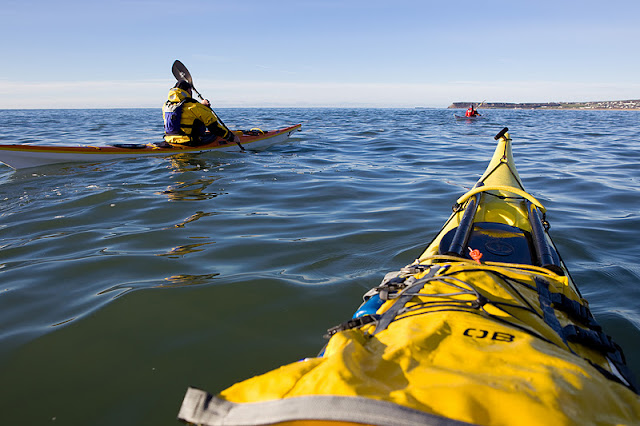 A short hop around the headland & were were on our way to Port Eynon, a place I have very happy camping memories from my Wales exped. 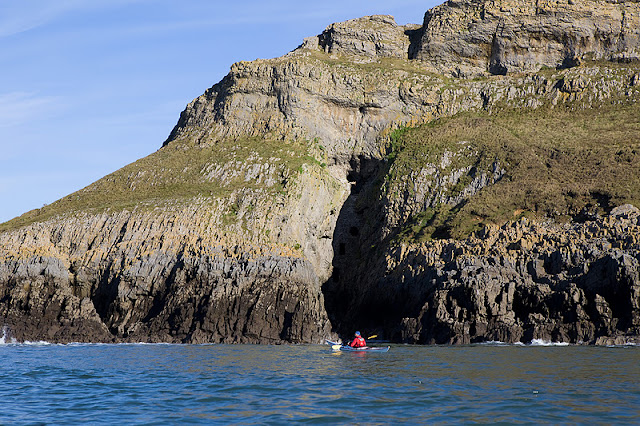 Breathtaking scenery as we near the Worms Head. 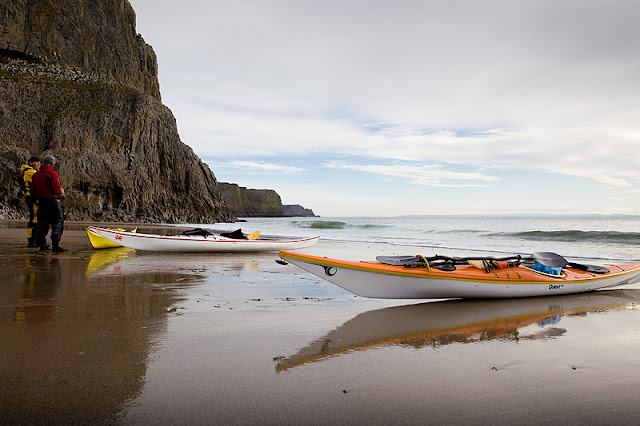 A quick beach stop & Stuart starts the debate of 'why the hell haven't we done this before?'.
I've only paddled her once & I promised myself a return paddle, which I've now done, though Stuart has got a point, think a few more Gower trips are on the cards :D 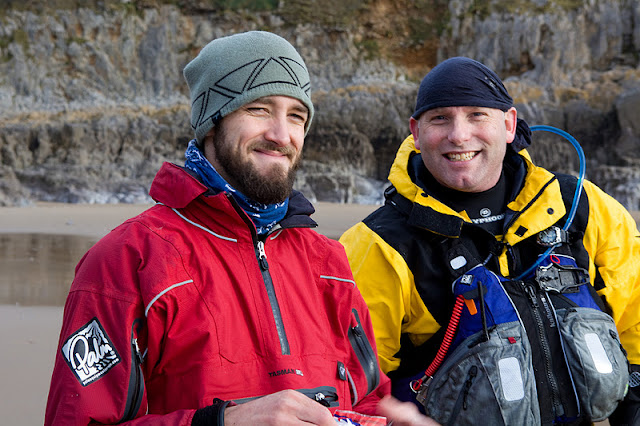 Dumb & Dumber, though not as dumb as the pr*ck with the camera :D. Nice headgear Noel ;D

Leaving the beach we spot what look like huge waves out on the Worms Head & they look to be breaking pretty far out but it was just a play on perspective tricking our eye's.
The tip & West side of the Worms Head finally gave me some play time with some fun swells to play in right next to the cliffs, I was a happy bunny. I played in the rocks, popped into a cave & smiled at the seal's & probably amused Noel & Stuart with a couple of close calls in the rocks.

We ended the day with a tentative surfing session, the waves were only small 2-3 feet, occasionally just over head height. There was no wind so these were all swell, powerful, steep & dumping into the soup, a bit scary.
The first one I caught picked me up like a rocket, as it turned me side on I looked up to see a curler about to dump on my head. I did not expect to stay upright? lucky I guess.
I was a bit more nervous after that but we all had a play & caught some fab waves finally packing up after I did an inverted bongo slide :D 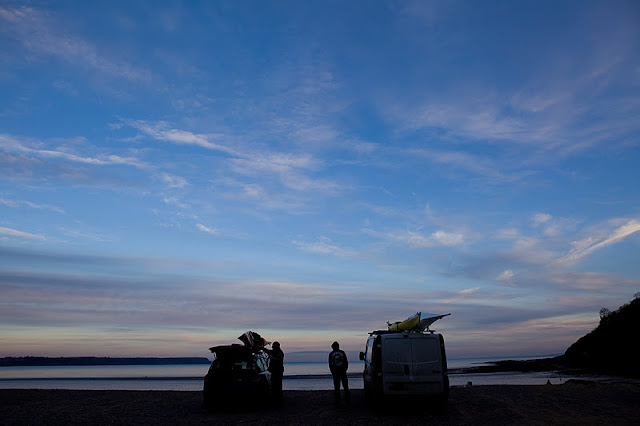 Back at Oxwich & the sun was starting to set, I've no idea how we were out so long as it ain't that far for a paddle. Just trying to prolong a fab day out I spose...

Oh, & in case you were wondering why the post is called danger mouse? I saw a video of surfing mice & had the Danger Mouse theme in my head whilst I was catching waves ;D
Posted by Taran Tyla at 15:06