16:30 & the end of a beautiful sunny day that would of been fab for kayaking but me & Stuart were only just meeting up at the Captains Wife in Sully for a night paddle.
The plan was to follow the coast to Penarth & back, I was very tempted by Flat Holm island but we decided to play it safe & stick to the plan.

My digi compact camera wont take pictures in the dark so I'm shooting on a Canon film SLR, remember those things? 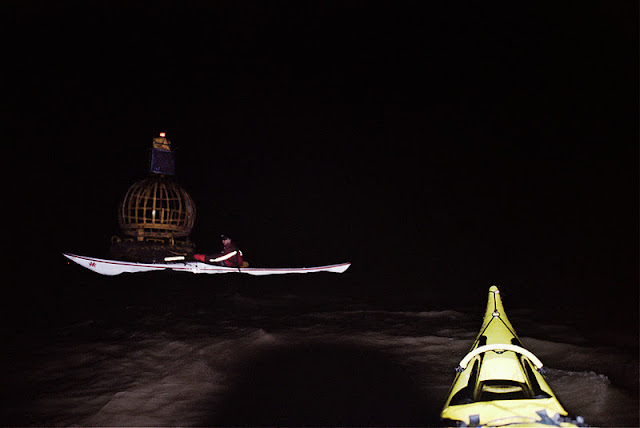 It was disappointingly calm at Lavernock so I suggested paddling out to Lavernock Outfall Buoy for some photo's. 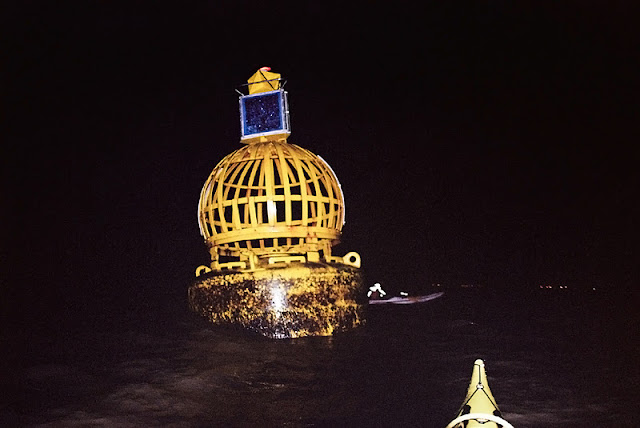 From there it was off to Penarth Pier, surfing the waves all the way there. We were both having a lot of fun! 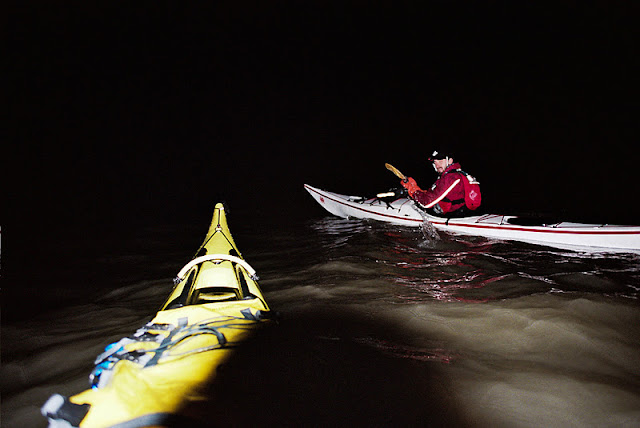 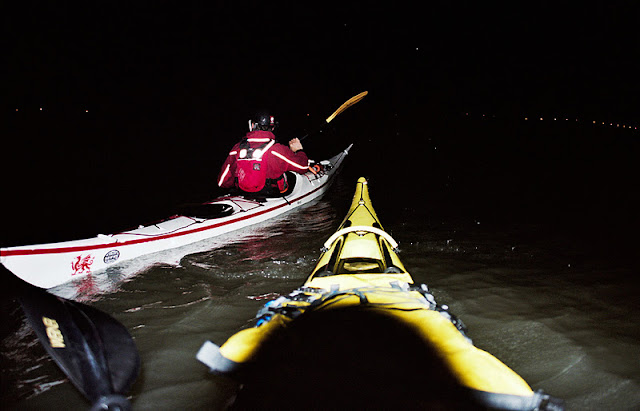 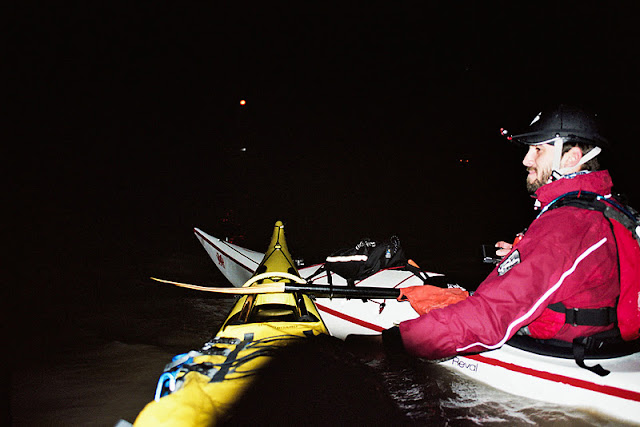 The film had run out just before Penarth so no shots on the way back.

The return to Sully went quite quick with the now ebbing tide. There was a little action at the Rannies tide race at Lavernock, though not much. Sully was the best spot as there were standing waves on the causeway, I heard them before I saw them so naturally I went for a play before heading back in with a huge grin on my face :D
Flat Holm in the dark next...
Posted by Taran Tyla at 17:07