With only one Glam Boaters free this weekend I decided to cancel the more gentle planned trip & go look for some action with Stuart (sorry Pete).

We decided to meet at Aberthaw & decide from there where we were going to paddle. Arriving at Aberthaw it wasn't looking inviting at all. Good F5-6 conditions & slight to moderate sea state but it was very messy & gusting. The long portage to the LW mark put us off too so we headed off to look at Barry Old Harbour. 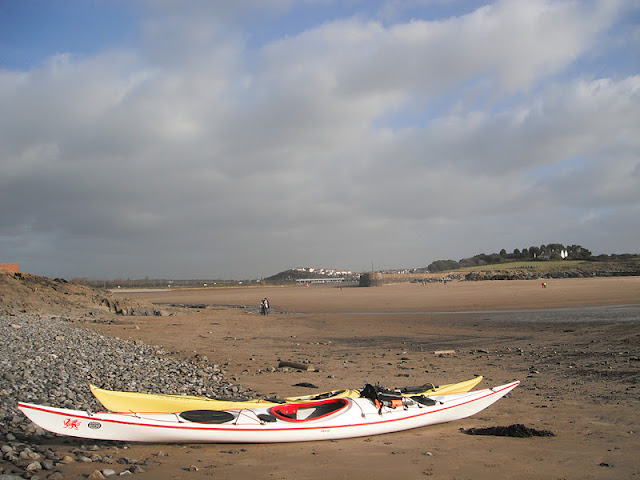 Despite the idyllic looking beach scene it's actually bloody windy & I was fancying having a day off. Luckily Stuart was with me so I had to give myself a kick up the Arse & get on with it :D
It's good to paddle with friends when your feeling lazy. 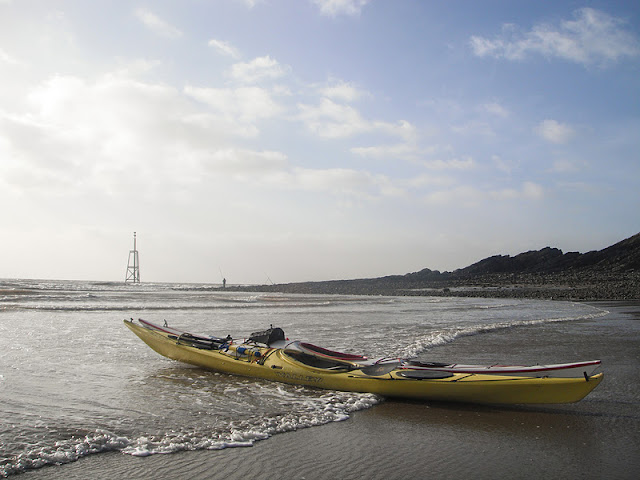 Looking out at the surf from the car was disconcerting but I was soon keen to go once I was sat in my kayak. 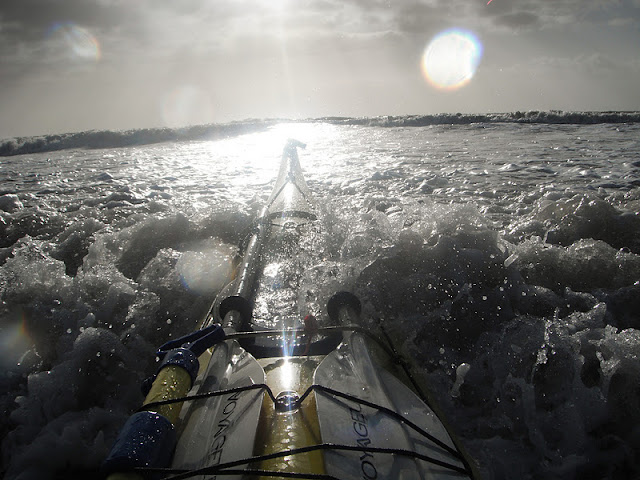 We were planning to paddle to Rhoose a short distance away & follow the turning tide back but it was pretty choppy out there so we decided to practice surfing which was interesting as I'm a bit of a coward in surf that breaks onshore & Stuarts not a huge fan either.


I couldn't turn around into this wave so I ended up back-paddling. It looked bigger from where I was sat? 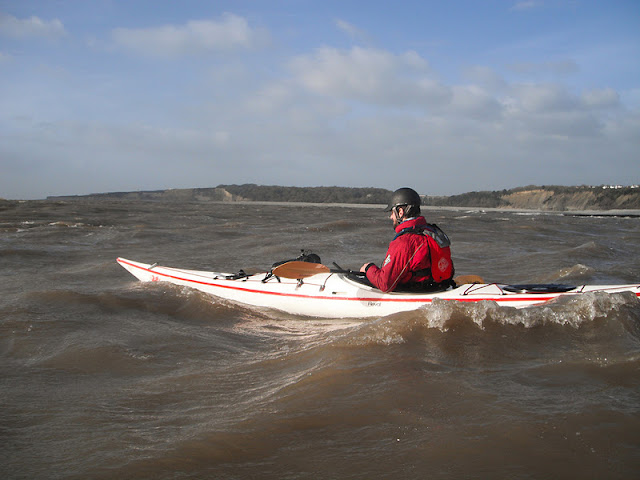 I wonder if Stuart was thinking he should have done something else today? 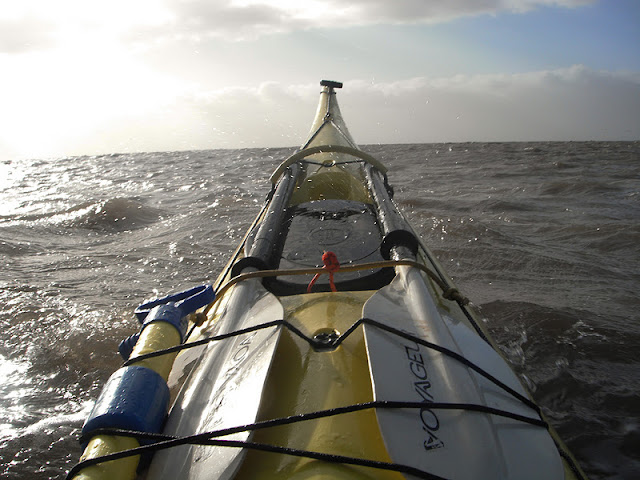 Riding up on a small wave. 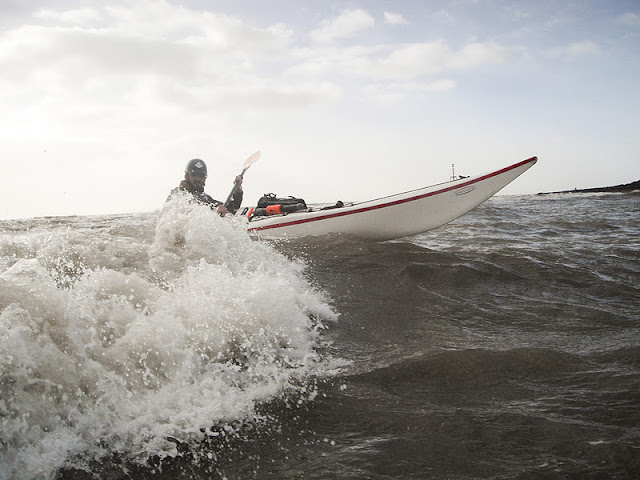 These were breaking quite far from the shore & the occasional set were pretty big. I took a big one in the face paddling out & was quite glad I hadn't caught it going the other way.


The waves were pretty decent but not huge which was good for me as I was practicing my edging & leaning on the waves & trying to get a feel for the surf & some semblance of control.
I think kayak skills are important in surfing a sea boat though ultimately when you catch a wave you submit yourself to nature & Fortuna as you will be quite out of control riding in. The skills are there to minimise the lack of control & minimise the capsizing & hopefully get you sunny side up again when Poseidon is laughing at you.