Night Out With The Boy's...

A Friday night out with the boy's, or so they thought?
The texts went out, 8PM at the captains wife, who's up for it? Oh, & bring your kayaks :D

It's been on the cards for a while this trip, A crazy dream that's been gnawing away at me till I give into it. The plan was to paddle from the captains wife in Sully to Flat Holm Island 4 miles offshore.
It was going to be very dark on the way out as the moon wont rise till around 10PM, should be fun. 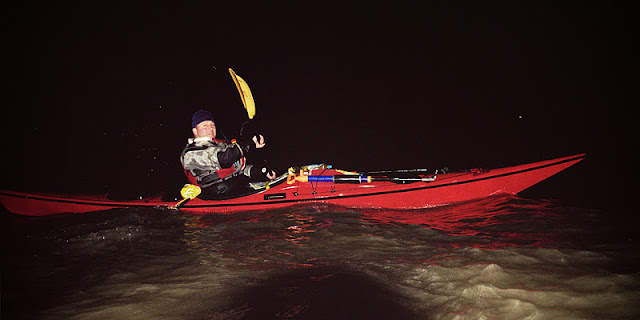 Finally got Andy (founder of the Glam Boaters) out for a paddle. He's a busy boy is Andy. 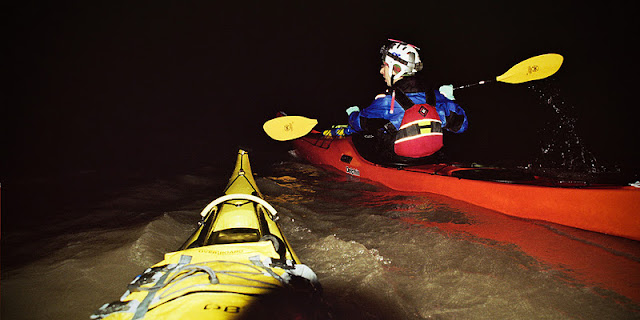 Jules from the Glam Boaters. 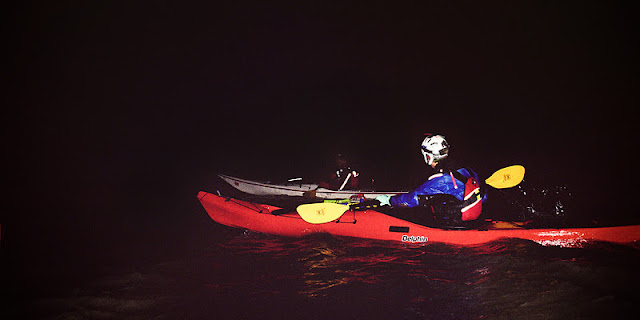 And Stuart in the white boat. 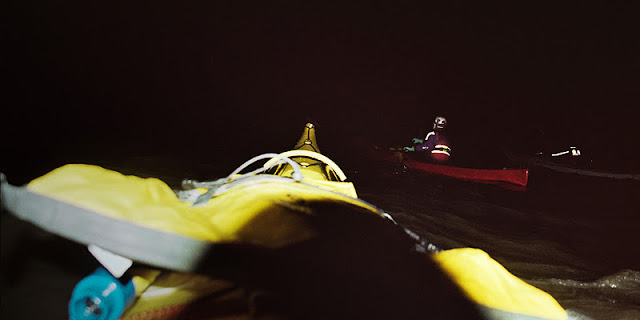 Heading out Stuart asked how do we see the waves? You don't I said but if your upside down you may of hit one.
It was in fact quite bumpy on the way out with the race off the West side of Sully Island throwing up little waves & some swell running too. 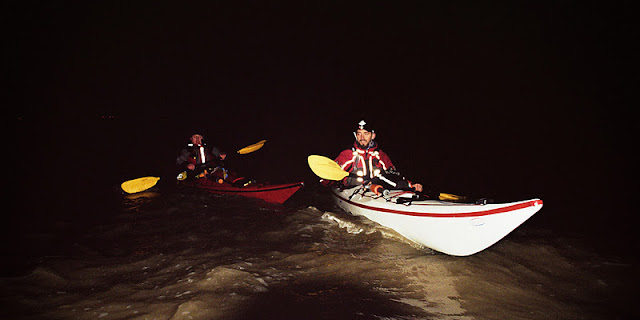 Before we knew it & after a few course corrections we were there & working out how to land on the steeply shelving beach without falling in & looking stupid. 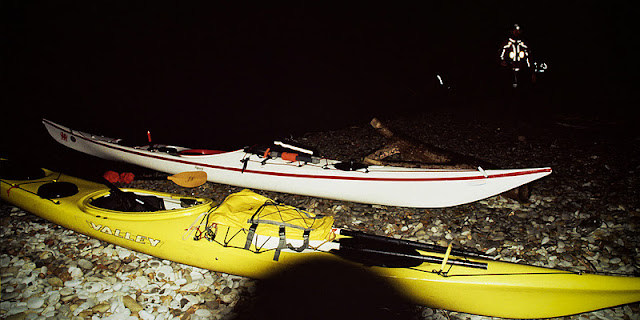 Chatting away on the Island I noticed a huge three quarter moon rising over Weston Super Mare, it looked like something out of Star Wars & we were all rushing about fruitlessly trying to take pictures of it. Stuart managed some pics but pictures could never equal what we saw that night, it was utterly amazing.

We had chatted & gawped at the moon too long & had missed the first quarter of slack water that I had planned to use to reach Lavernock (whoops). We quickly get on the water, with a quick seal launch for me & Jules & set course for Lavernock. In fact Andy suggested the start of Penarth as a bearing so we aimed at that. 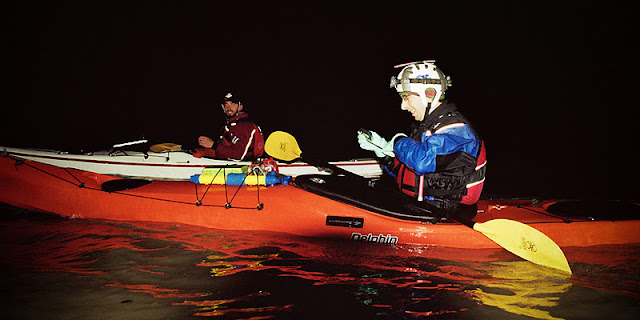 Midway & it was obvious that the tide was running & that we were well off course & going to hit St Mary's Bay instead, not a problem.

The last few minuets were spent amusing ourselves by blinding each other with the camera flash's & empty threats of rolling practice. 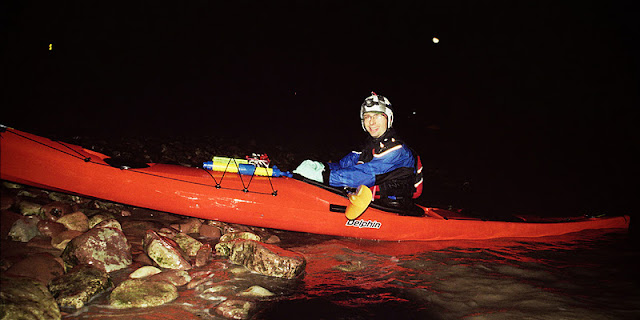 Landing back at Sully we were all feeling rather chuffed though we had missed last orders.
It was gone 1 AM before I got too bed & I'm off to the bay tomorrow to teach rescues. Think the cold might put them off :) 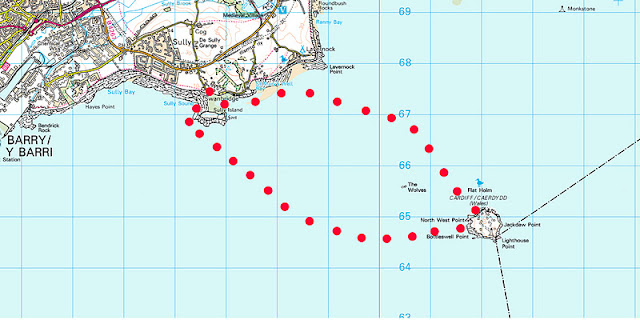 About 8 miles all in & nearly three hours including break time. The ideas are already flowing for the next night paddle. Anyone up for it?
Posted by Taran Tyla at 19:56