Virgins Of The Isles...

Today I fancied getting some different faces from the club (The Glam Boaters) onto the water & take them out to the Holm Islands.
I'd got Laura & Nate to join me & Nate brought his friend & fellow yank Kyle, a white water paddler for an introduction to the salty stuff. 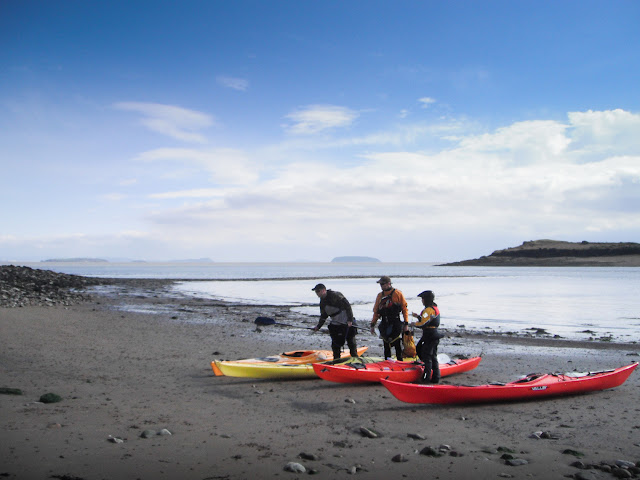 We set off from the causeway at Sully Island when the tide was at peak flow so just for once I had worked out a vector, easy to remember too, due South. 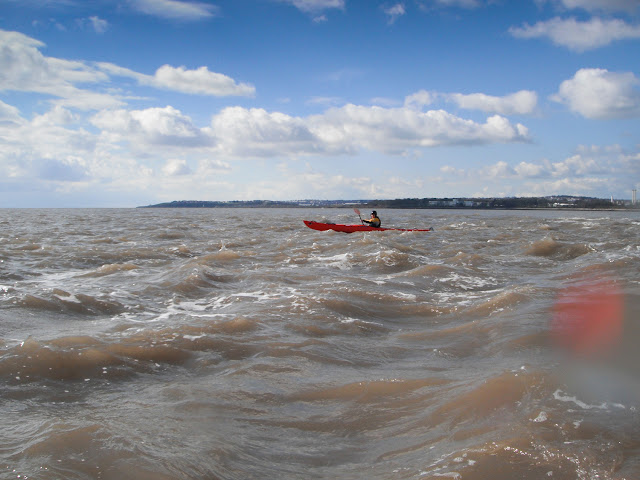 Had a brief play in the race at the West side of the Island. 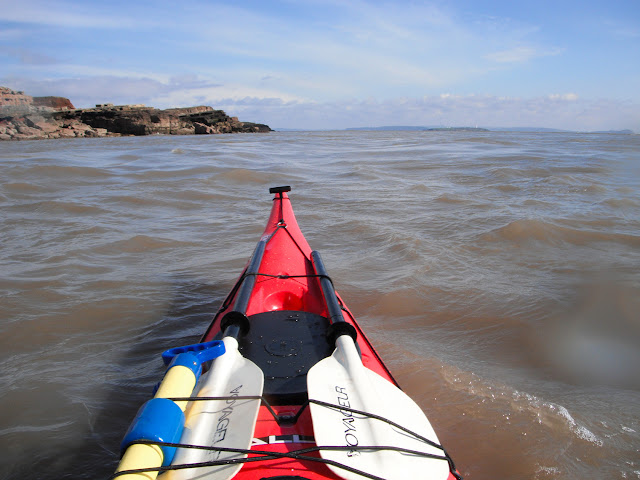 And had a look at Flat Holm though that would have to wait, Steep Holm first. 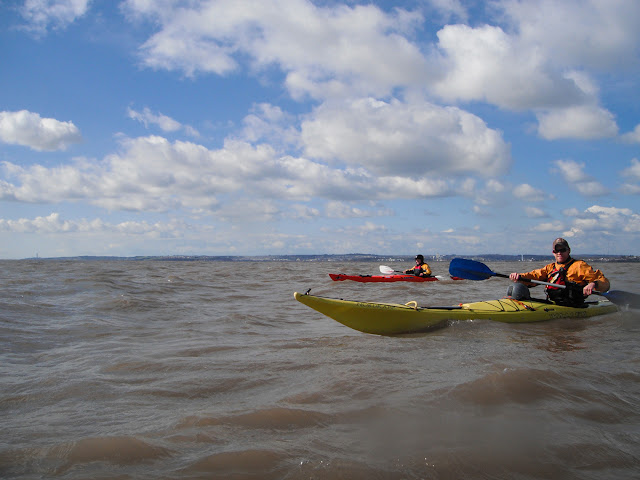 It was tipping down shortly before we got on the water so I was not expecting such perfect weather.
It was quite bouncy though as the wind went against the tide at full flow. I could see though that this would change completely as soon as the ebb begins & then it really would be a perfect summers day. 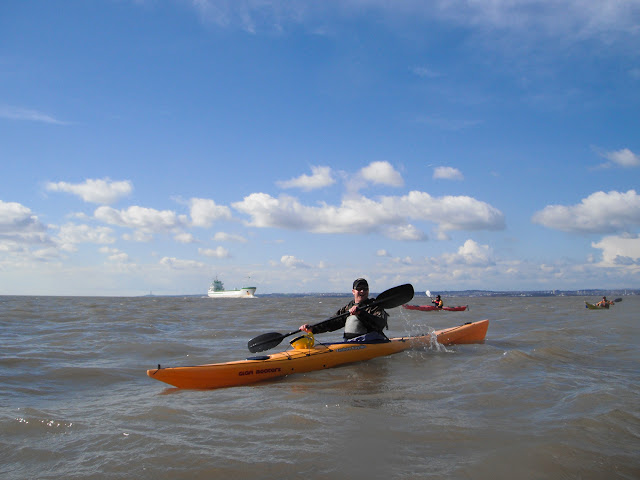 LOL, the hazards of shooting over your shoulder, nice one Kyle. 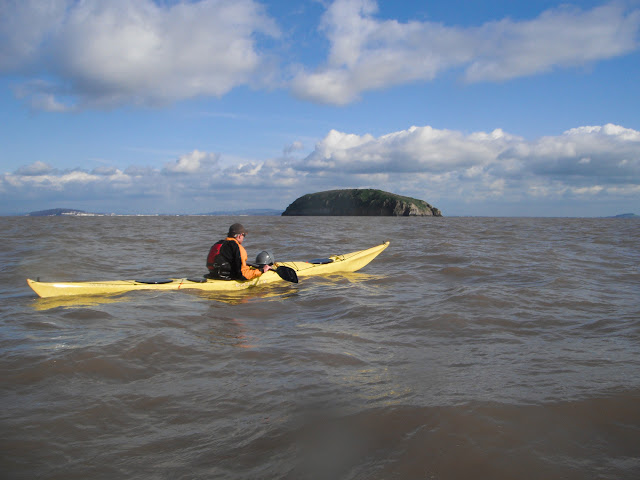 Almost there & I'm relieved we all made it without incident. 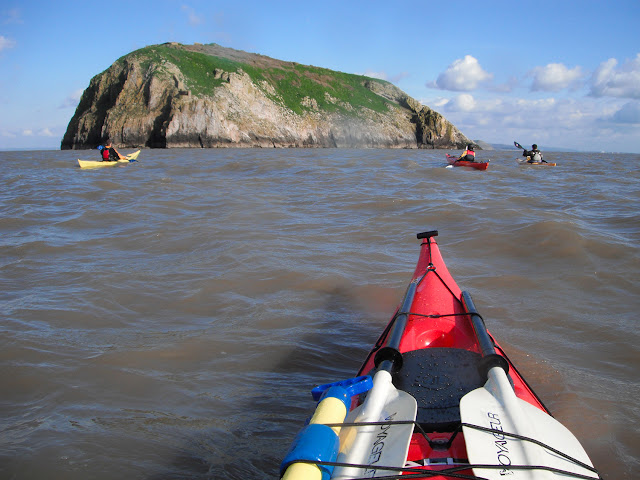 We aim for the rudder to get a closer look at the fabulous arch there. 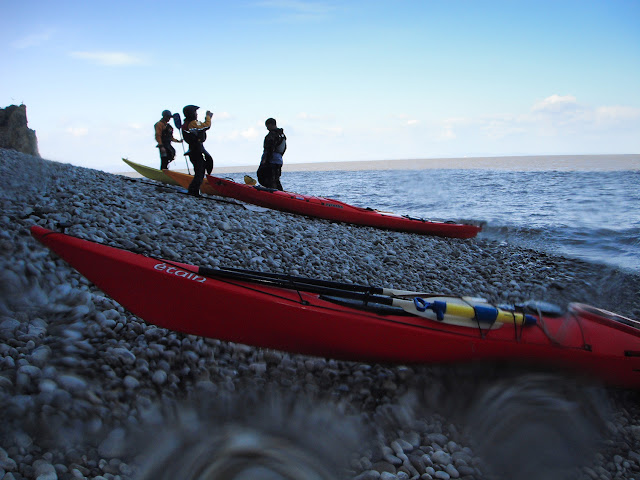 Then have a quick break on the Island. A very quick break in fact. It was 15:15 & I was hoping to be leaving Flat Holm about 15:30, (Whoops), we spent way too long getting ready at Sully! 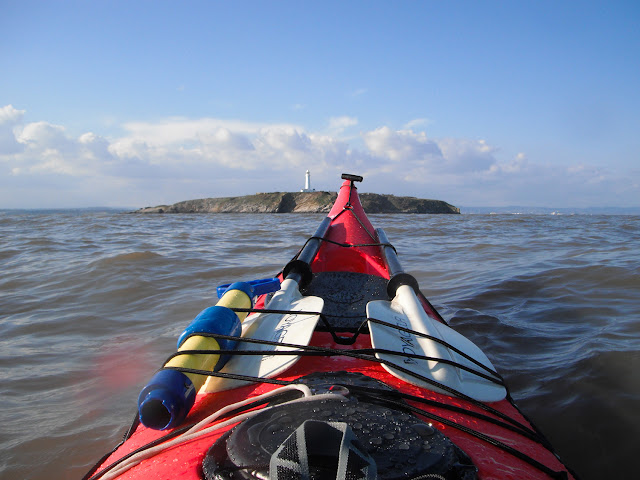 Running late did have the advantage of very little tide between the two Islands, no aiming off required :) 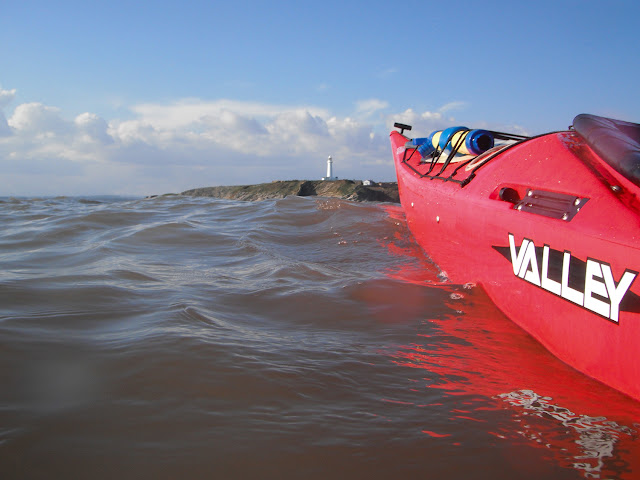 I evan have time to play with camera angles. 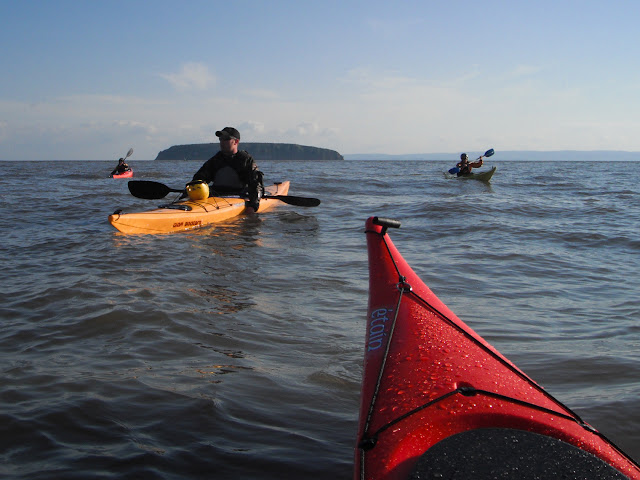 And shooting over my shoulder again. 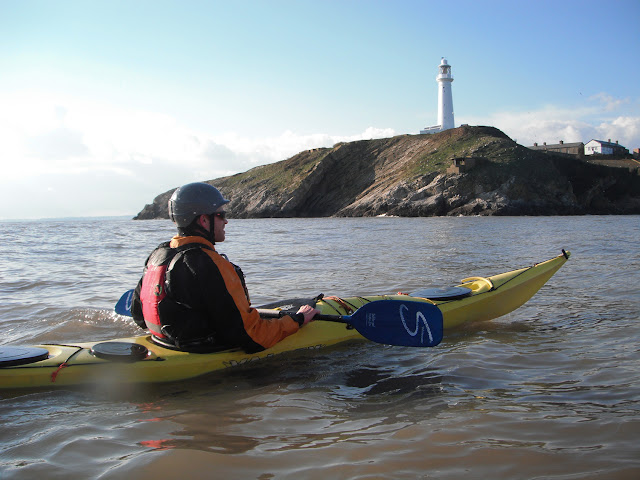 As we get close I tell them about a little gem of a spot on the Island. 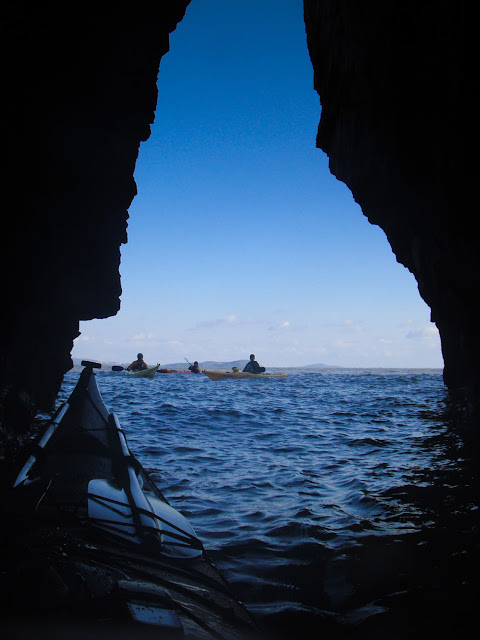 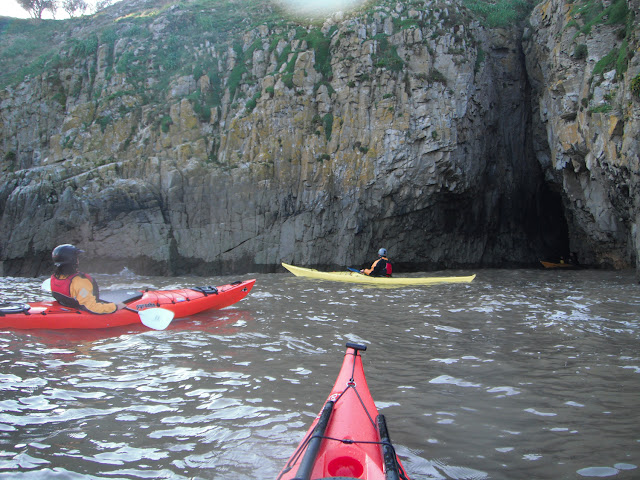 We all have a paddle in, theres an inner child in all of us :) 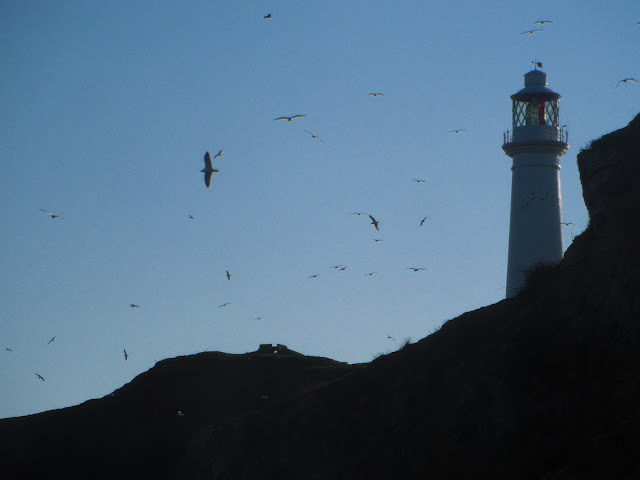 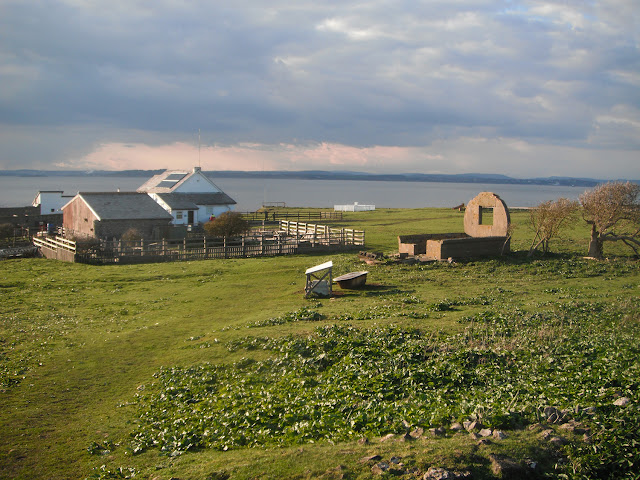 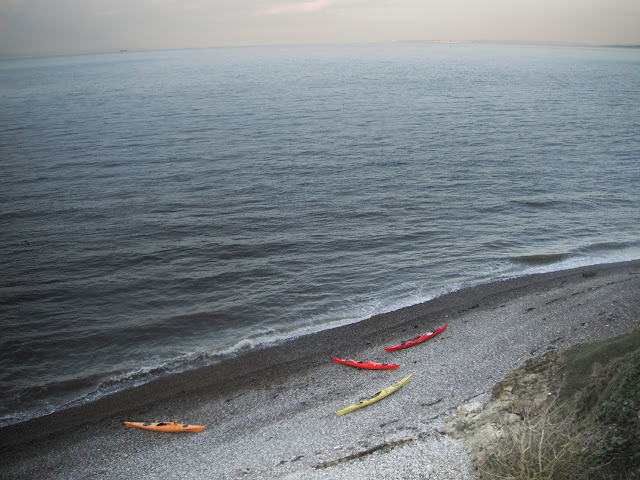 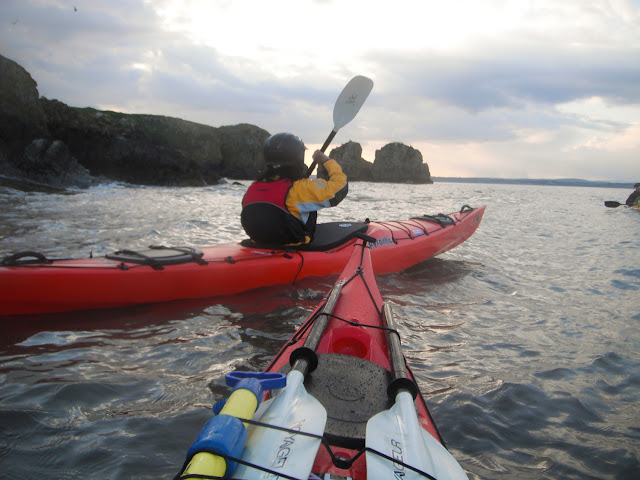 Setting off quite late now so no chance of reaching Lavernock. We aim for Wenvoe mast to guide us across the current to Sully. 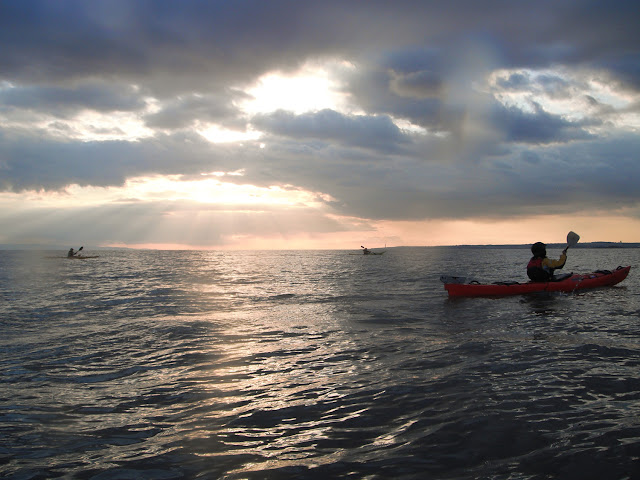 As predicted the conditions really flatten off as the tide turns with the wind, it was a lovely paddle back. 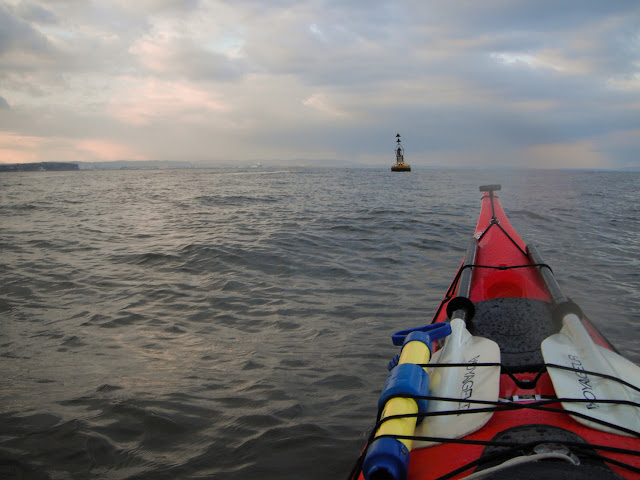 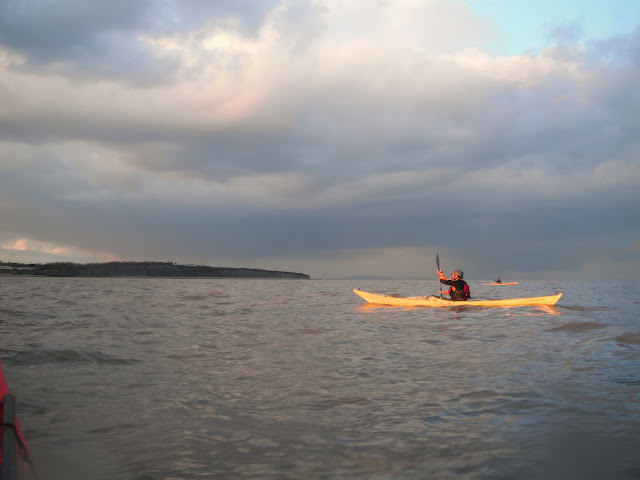 As we reach Sully the light is spectacular, It'll be a shame to get off the water. 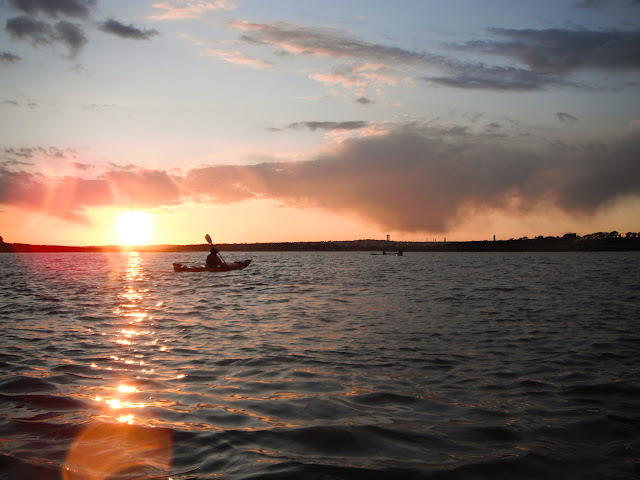 Paddling to shore for the end of a fab day out for me & the three Island virgins :D
Posted by Taran Tyla at 22:32