An Impromptu paddle this.
I was camped at the Knap in my van contemplating the possibility of a paddle around high water?
I'd popped to the shop for some T bags & spotted Peter, Melissa & Gareth from the Glam boaters on my way back to the van. I think they were just going for a splash in the Knap Bay or the old harbor but as they were happy for me to tag along I suggested heading to Jacksons bay a couple of headlands along.
Peter & Melissa normally paddle in calmer conditions but both seemed up for the challenge, (especially Melissa who just kept laughing when it got tough(LOL).
Gareth's a river & surf kayaker but keen to try some sea kayaking. 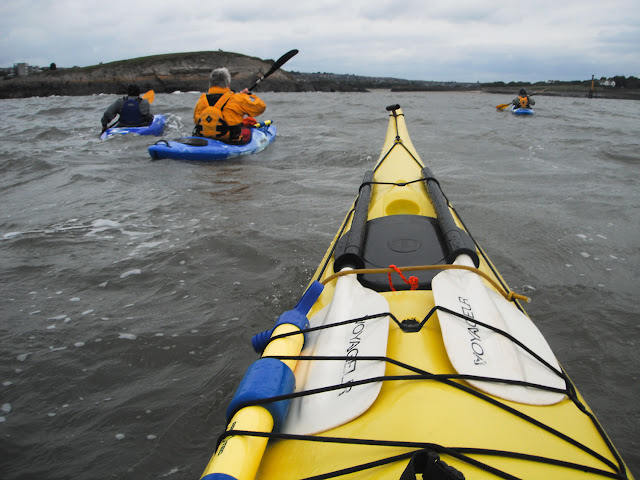 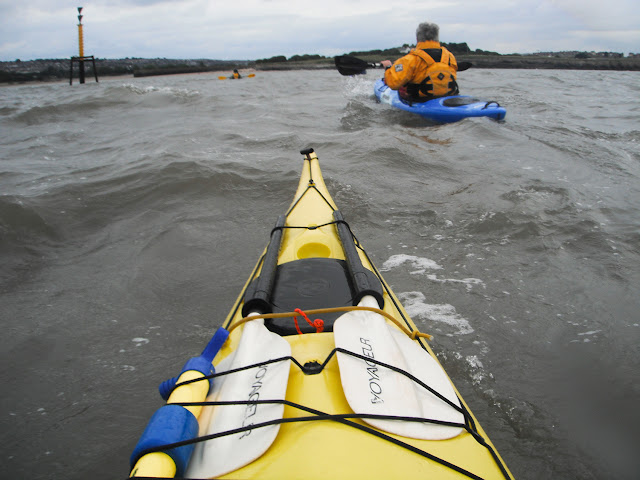 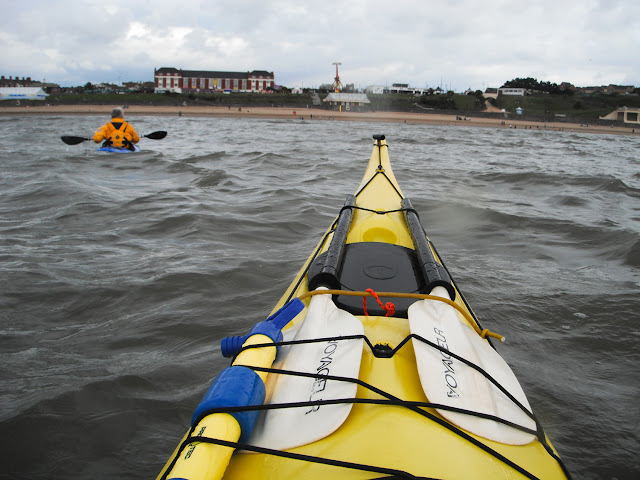 A bumpy start as we headed around to Barry Island, there was some decent following sea's to keep us all on out toe's.

I won't name name's but one of us took a tumble in the race off Jacksons just after this shot. Good x-rescue practice & a quick wave to the Barry Coastwatch to let them know that we were O.K. 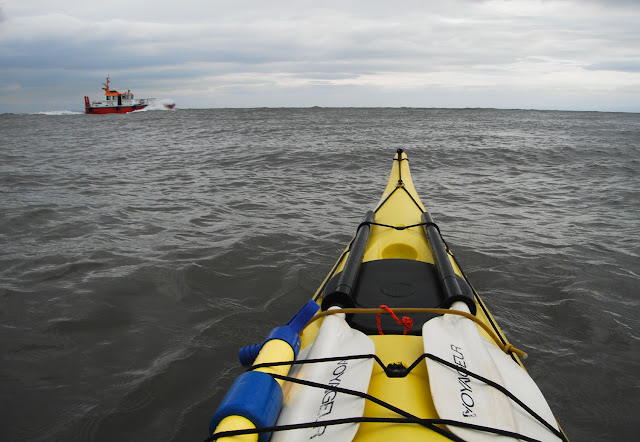 A rest & a few rolls for me & Gareth at Jacksons Bay & we head back towards the Knap, giving way to the Barry Pilot first.

It was getting real interesting as we left the shelter of Jacksons Bay behind. I was expecting a bit of wind on tide but it seemed to arrive early & was about F4 with some good sized waves to play in. At least we were going into them. 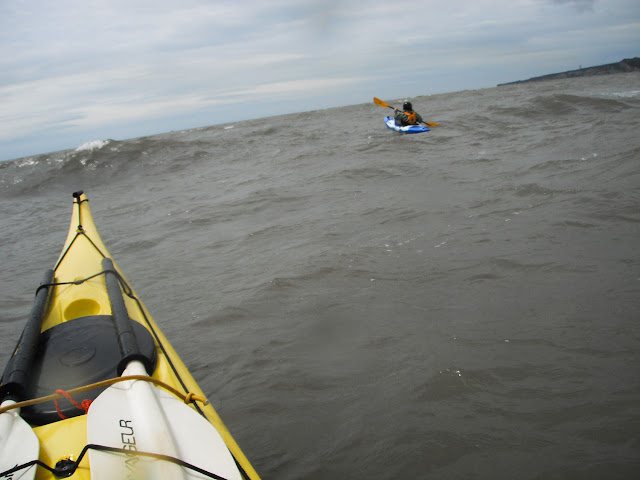 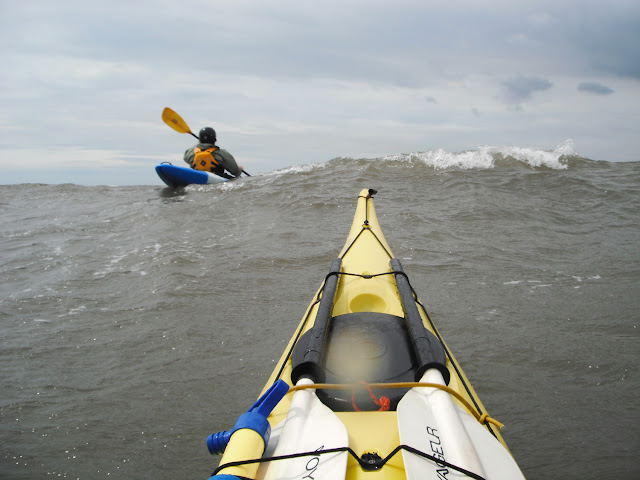 Melissa about to disappear. 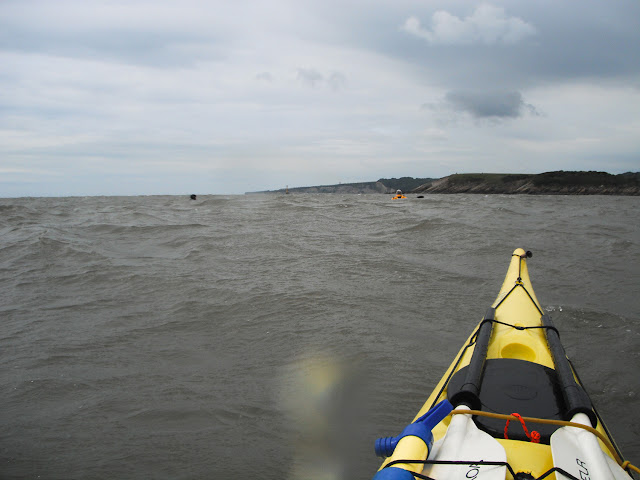 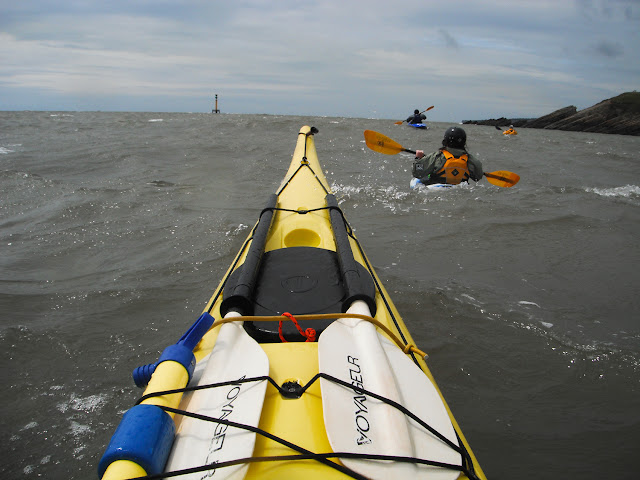 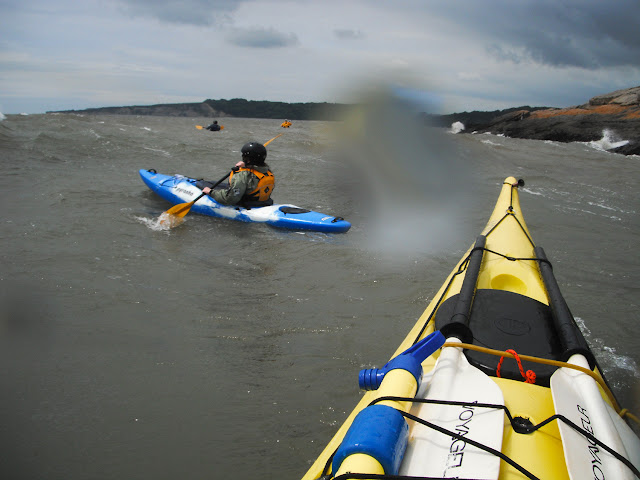 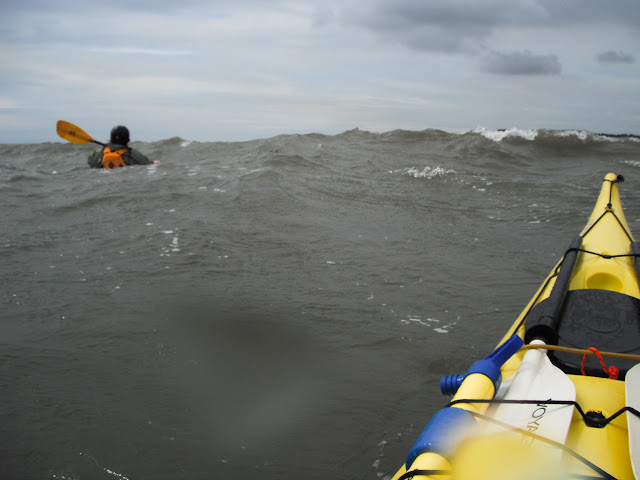 It got particularly challenging just outside the old harbor but everyone did great & we all got back safe & with big grins on their faces. A good couple of hours...
Posted by Taran Tyla at 23:42