Eastwards, always bloody eastwards?
The tides in the Bristol channel as you probably know are massive, the second highest in the World after the Bay of Fundy, Canada.
So to avoid a long portage to the waters edge I rarely paddle at low water which means that I usually head east on the last couple of hours of the flood.
I've been meaning to explore the cliffs, caves & amazing geology at Southerndown for a while now. The few times I've been there were the few times that I have paddled at low water. So to get a better look I'd have to leave Ogmore near to high water & head (you guessed it), Eastward. 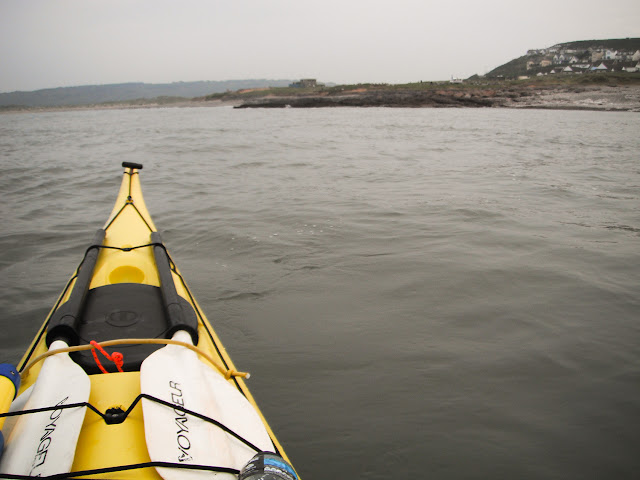 High water was unfortunately at 'stupid 'O' clock' which meant getting up at 6AM. Not too bad though & at least there's less people about :) 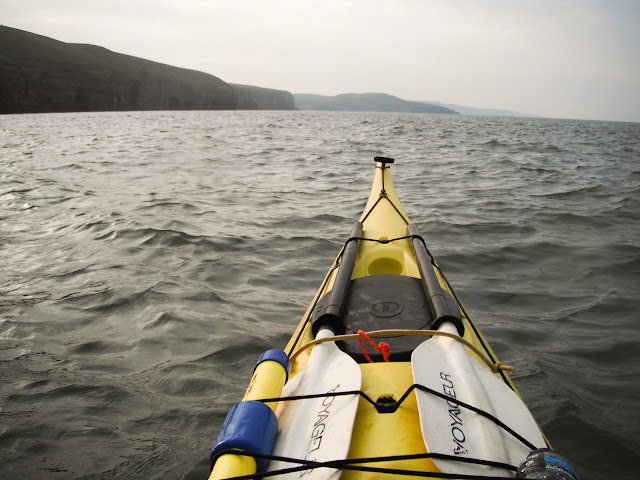 As I leave the pebbles of Ogmore behind I get my first glimpse of what I came for. 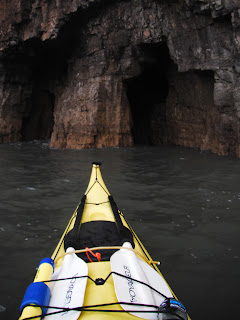 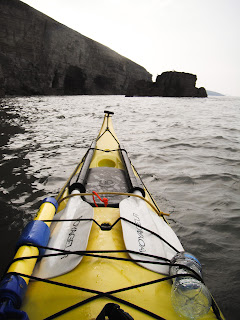 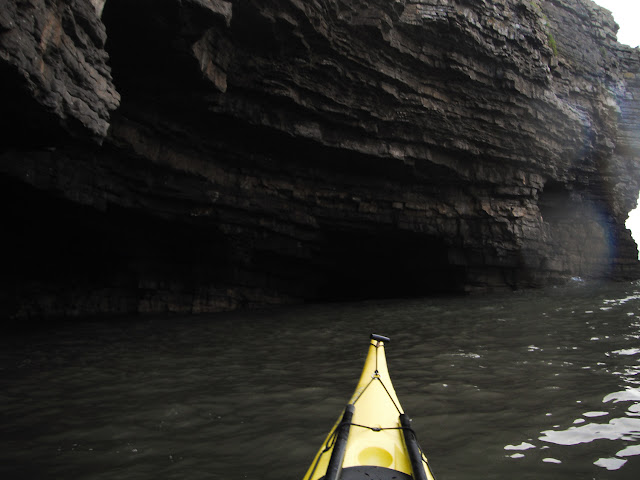 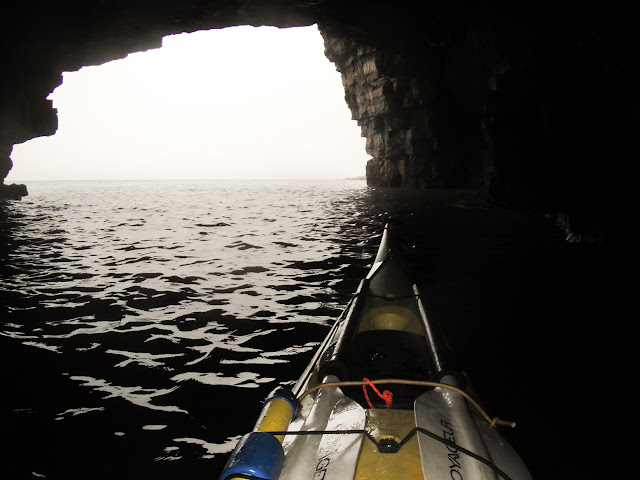 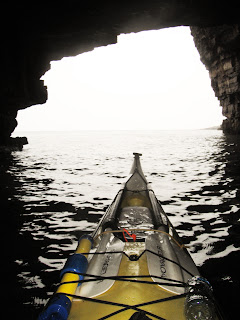 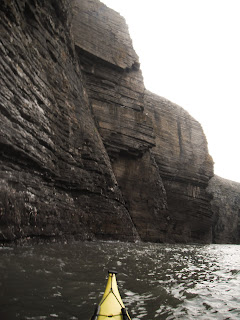 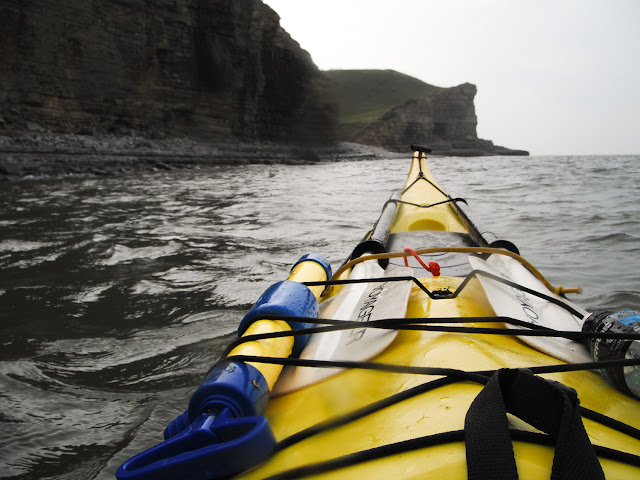 Arriving at Monknash the wind is in my face & the tide has been ebbing for the last hour. I don't fancy slogging my way to Nash Point so I call it a day & head back. 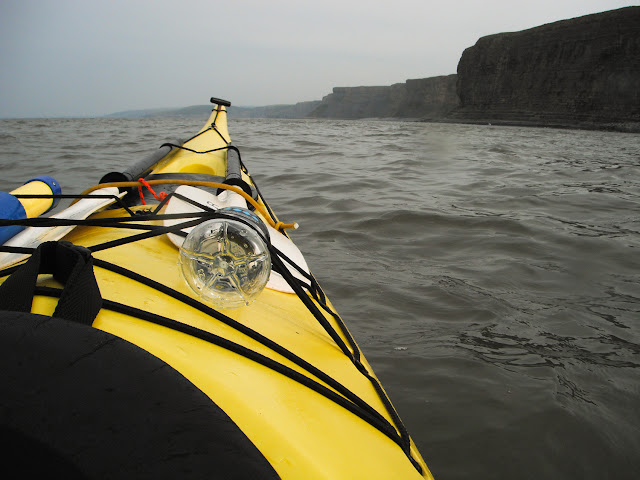 Looking back at Southerdown I realise that I'm a bit fed up at this paddling back to the van crap & miss the one way bliss of my Wales trip.
Hopefully get some names down for Anglesey next Weekend? :D
Posted by Taran Tyla at 13:24