I awoke this morning on the North Coast to very big conditions, It was F6-7 with a rough sea state.
The South Coast though was F5-7 with a moderate sea state so I headed South to Kennack Sands on the South Eastern side of the Lizard as suggested by Steve yesterday. 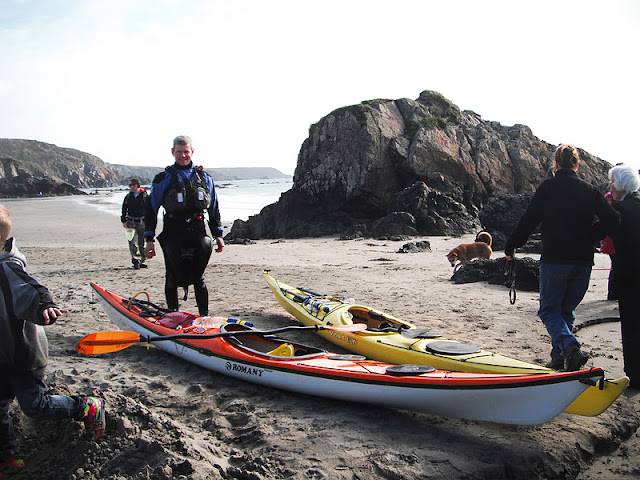 I was paddling with Steve again today & we met up at Kennack, the conditions were looking good in the lee of the wind. 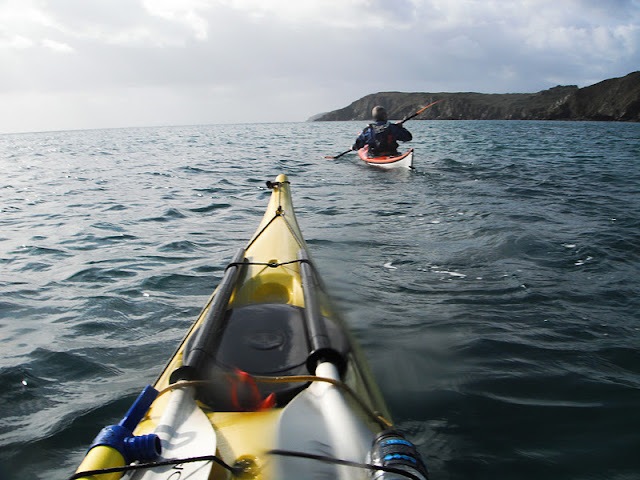 Not going far today, Kennack Sands to the cave just past Cadgwith. Just going to play, rock hop & practice rolls.
Steve got me to tow him & capsize, release the towline & roll back up. Good fun. 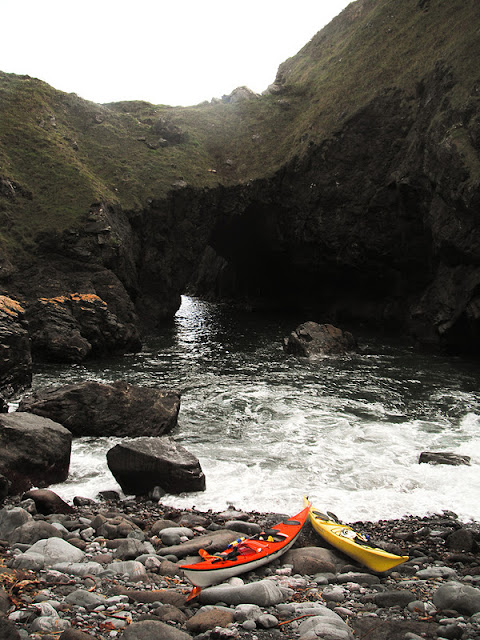 Lunch at the Witches Cauldron, a collapsed cave with an arch to gain entrance. Lovely spot. 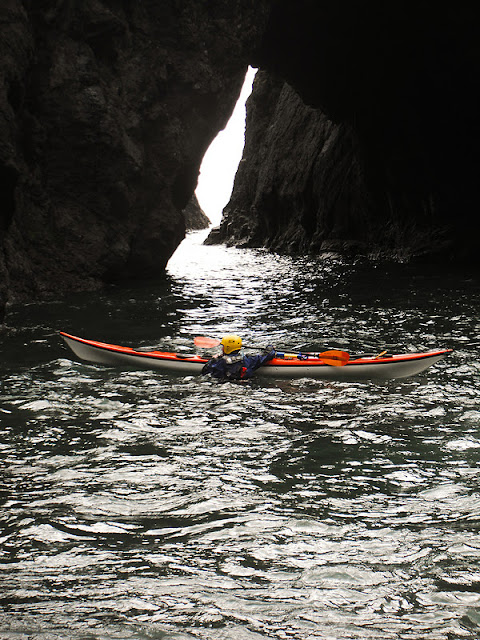 Steve doing a re-entry as he didn't want to slide his glass boat down the rocks. 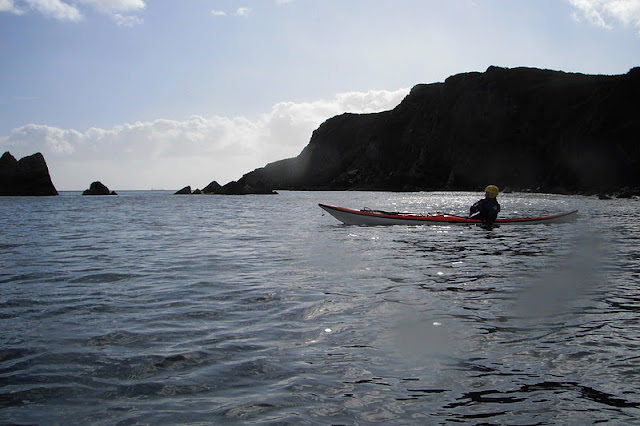 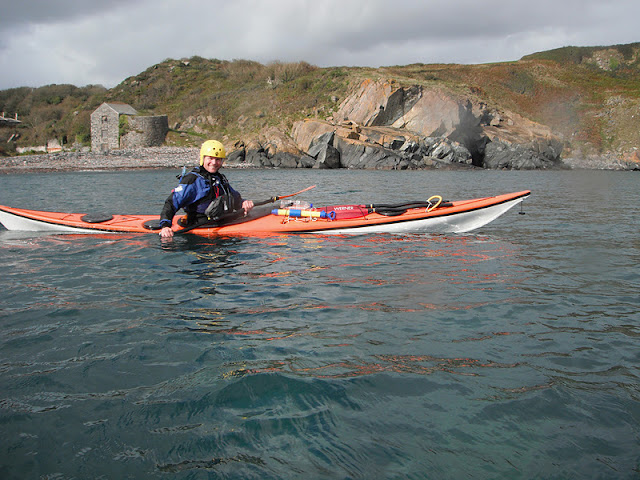 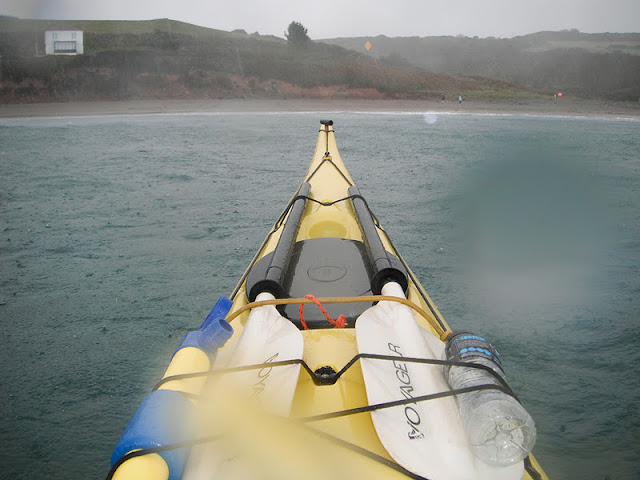 A squall hit just before landing which was nice, I love rain :)
I know there's no surf in the picture but the occasional swell ran in creating a couple of lovely 3 foot? waves to surf in on. The first one gave me a fab ride so I went back out for another.
I then back paddled on a biggy as it was Steve's turn but I lost my balance & had to roll up (LOL).
The last wave I caught was a cracker, I got a fab surf then as I turned toward the wave at the end of the run a small barrel wrapped itself around the kayak like a blanket. Was quite beautiful though I was too busy whooping at the time to appreciate it. 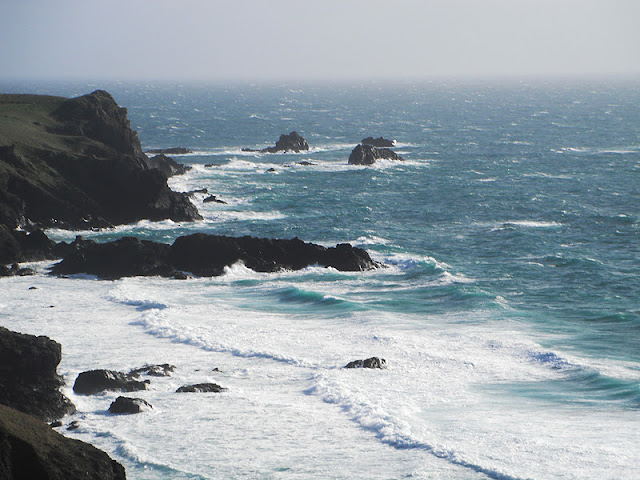 In contrast to the fab conditions on the East Coast of the Lizard, The West Coast was living up to the forecast.
Wonder where I'll go tomorrow? :)
Posted by Taran Tyla at 19:23