Just a short trip, but a bloody good one! 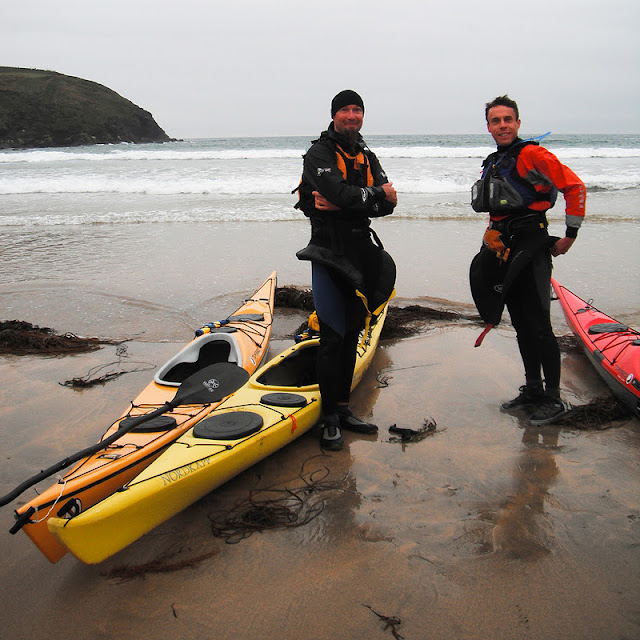 Today I'll be paddling with Mike. 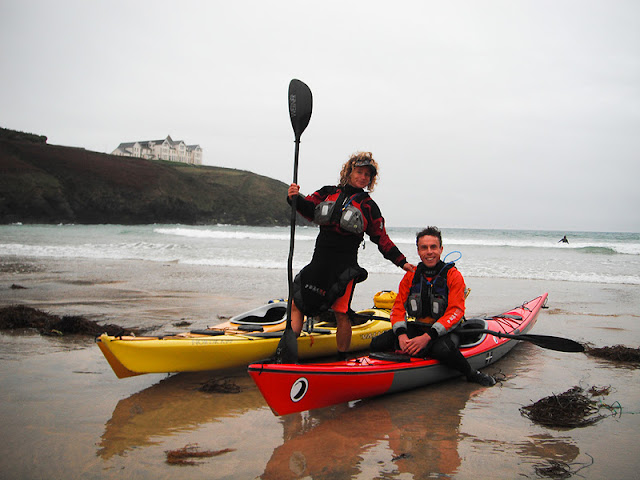 And Sam, who'll probably kill me when she see's the title (LOL). Sorry Sam, gotta have a catchy title ;D 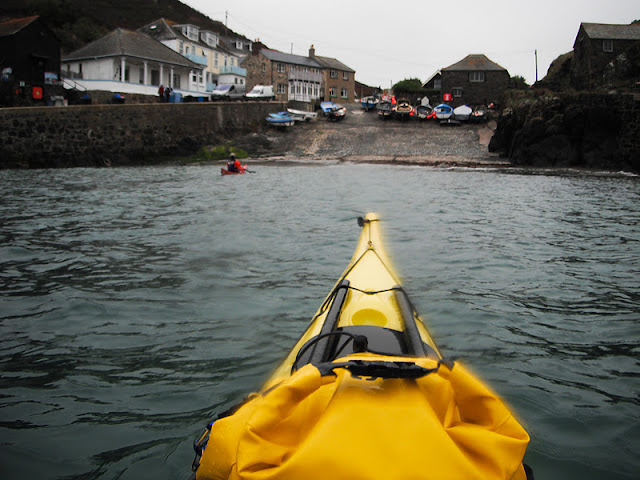 We headed out from Poldhu Cove & shortly after headed into Mullion for a pee :) 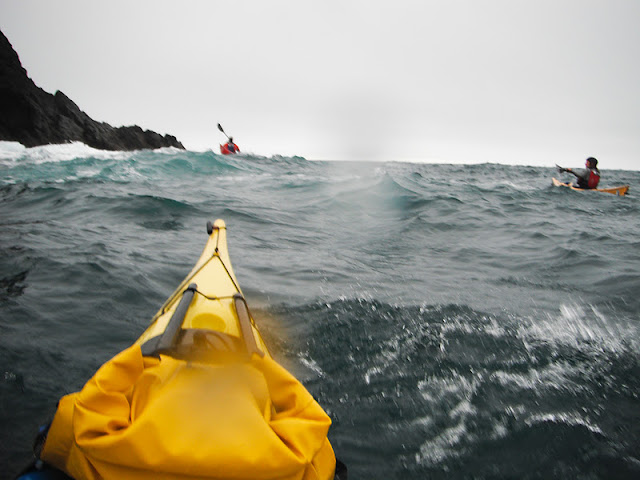 The swell was quite decent & the conditions quite choppy but we hugged the shore anyway & did some rockhopping on the way to Kynance cove. 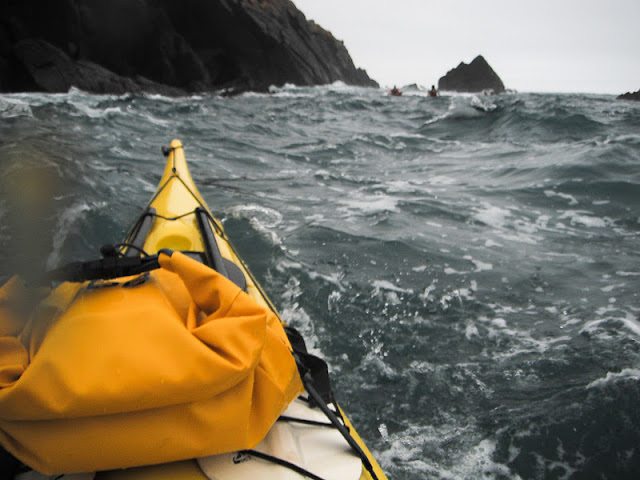 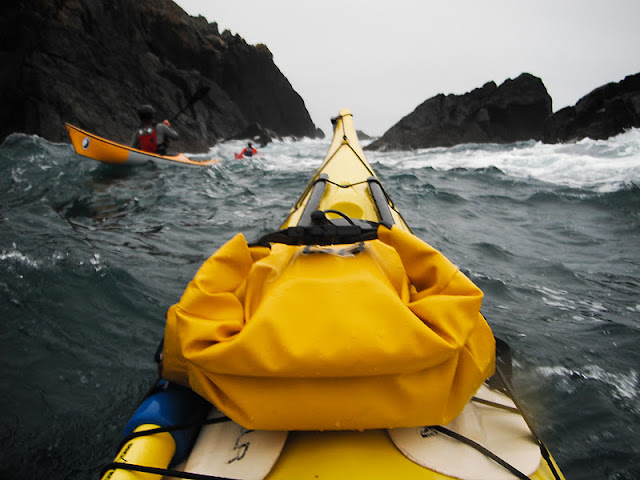 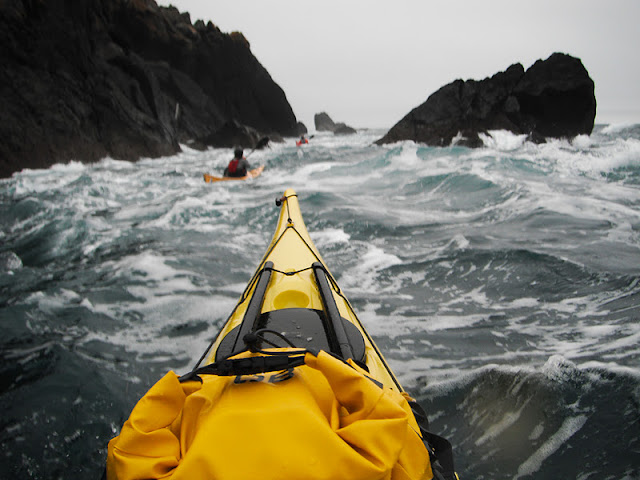 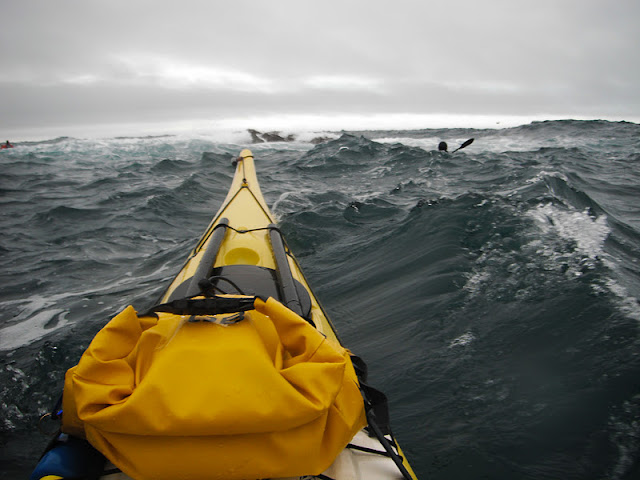 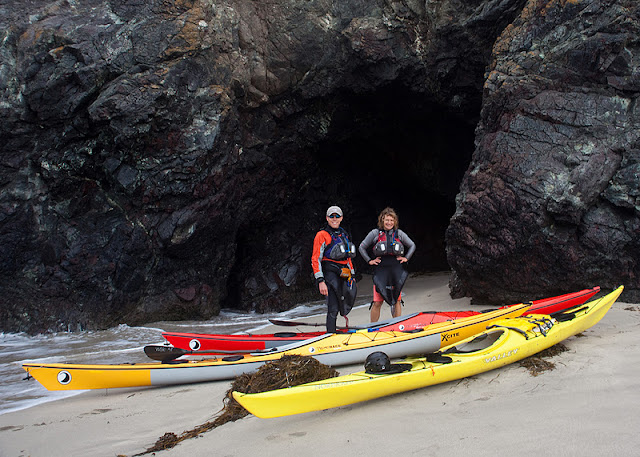 Time for a break at Kynance Cove, awesome spot... 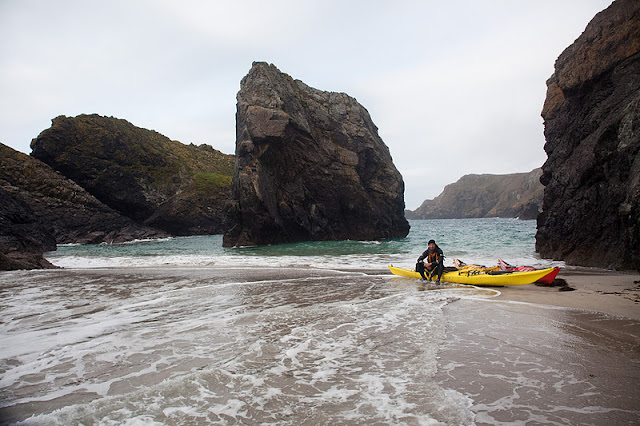 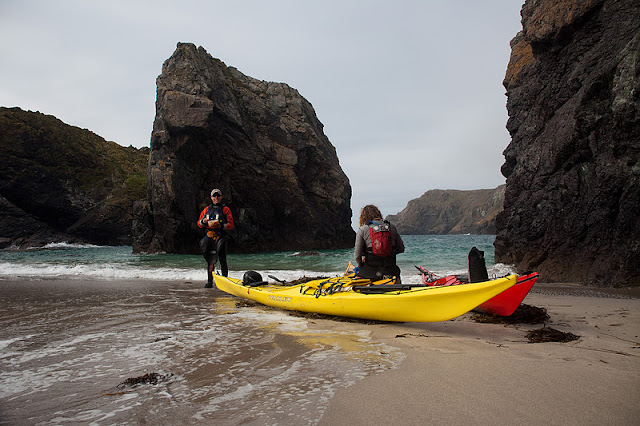 After Kynance we headed back to Poldhu for some surfing & to meet up with Steve who was to join the action. My camera battery had died which is a shame as there was some good action. The biggest waves coming in at around 5 foot.
We all caught some good waves & I think we all took a beating too. I rolled loadsa times but the final wave pounded me good so I decided to call it a day.