To The Ends Of The Earth...

Not just the end of the Earth but the end of my cornish adventure :(
I'm not too sad to be leaving as I'm definitely gonna go back soon, I've met some fab people & seen some amazing places & got some very special memories not to mention come away with a 4 star sea award :)
Today I was paddling with Sam & Mike again aswell as Ben, all local's who were kind enough to take me with them around Lands End & also give up a little local knowledge (like ignore the tides around Lands End?). It did work though.

Mikes got a blog too & no doubt will be posting the trip too.

Sorry for the amount of images, is is one of the best paddles in the country. 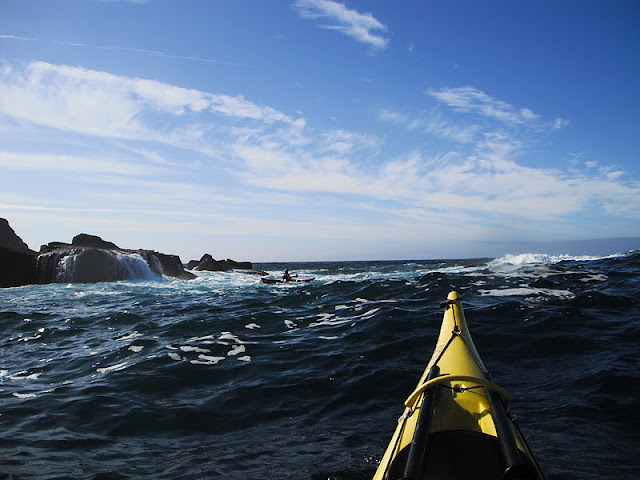 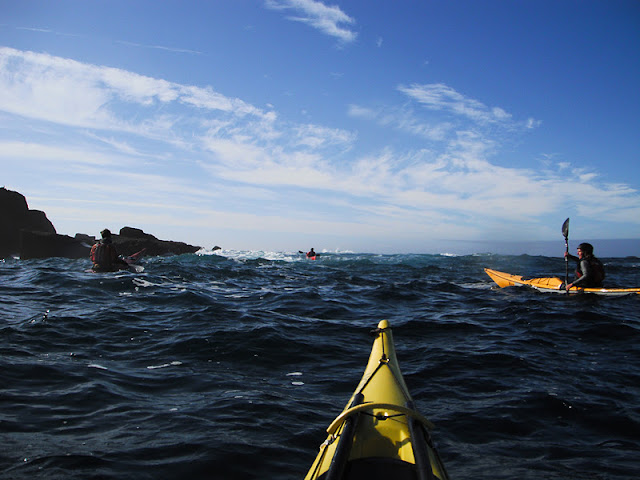 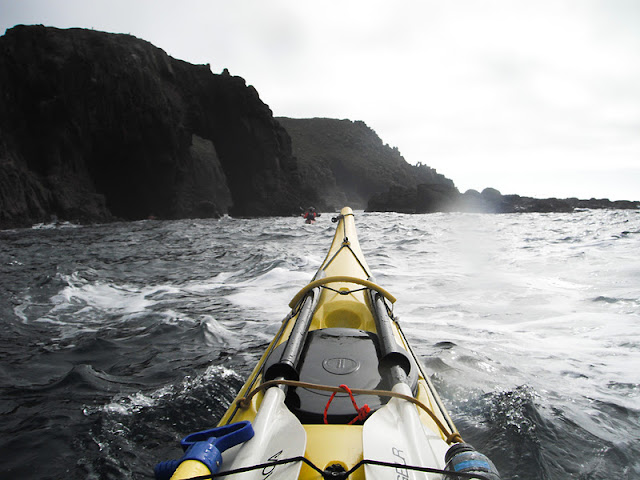 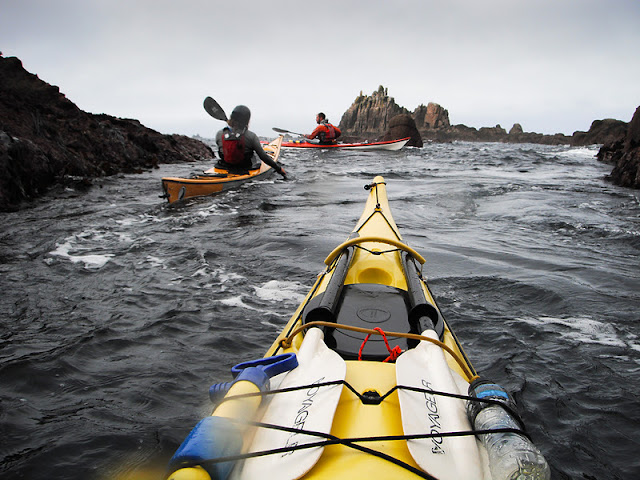 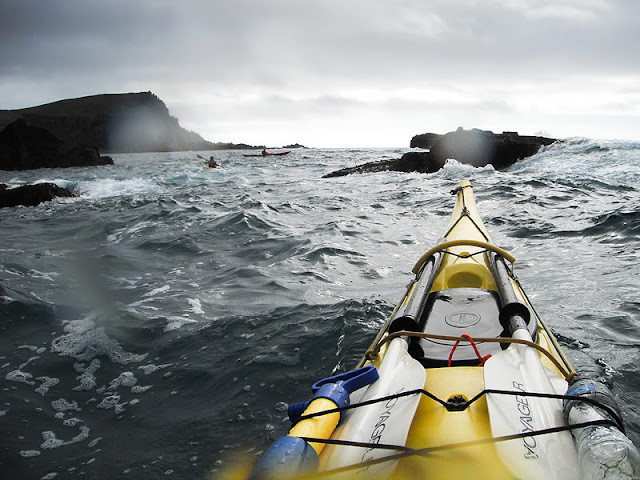 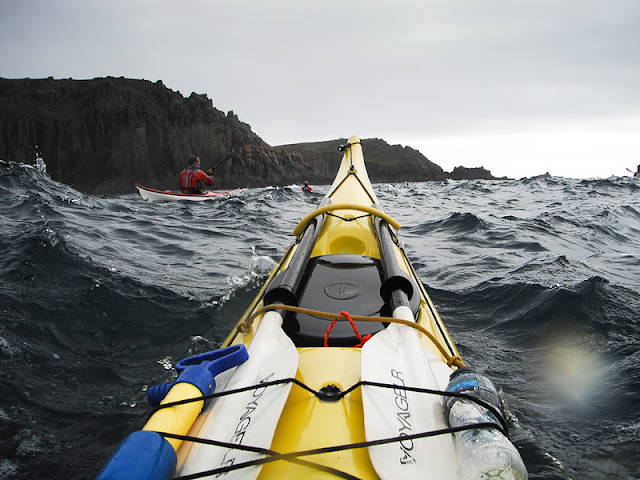 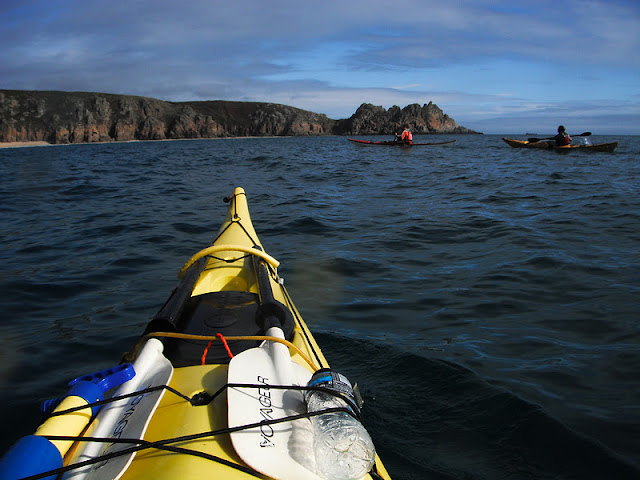 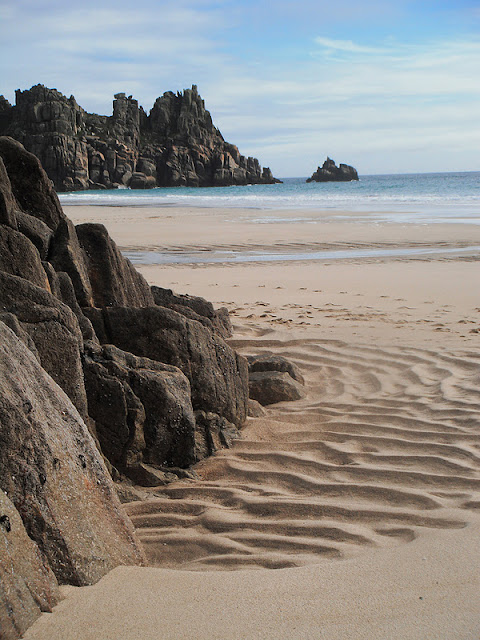 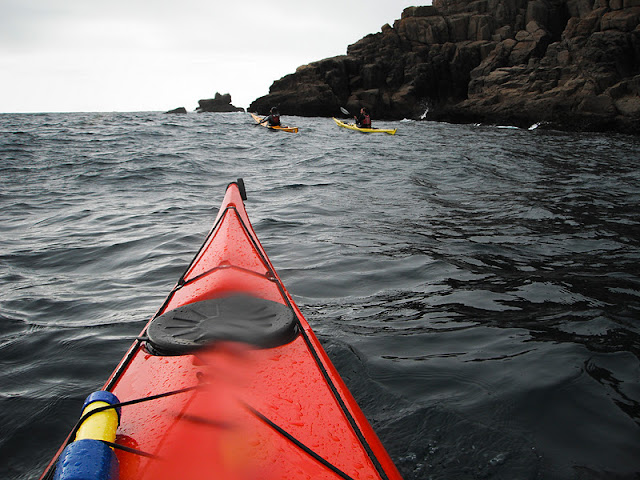 A change of boats for me, Ben was in a borrowed NDK Romany & being six & a half foot he found it a bit tight so we swopped boats.
I've never done a proper paddle in a glass boat & I was most impressed. I think she was about 16 & a half feet long & felt quite playful, especially in the surf at the end of the day. 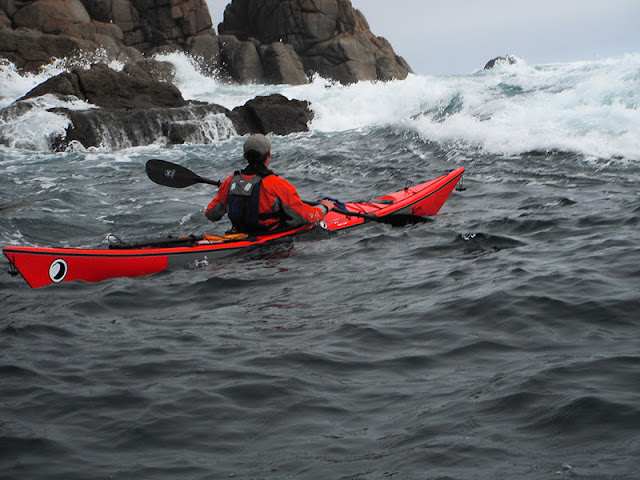 Mike was, like me photographing Ben looking at the gap above when some huge swells came in, it all got a bit crazy for a bit :) 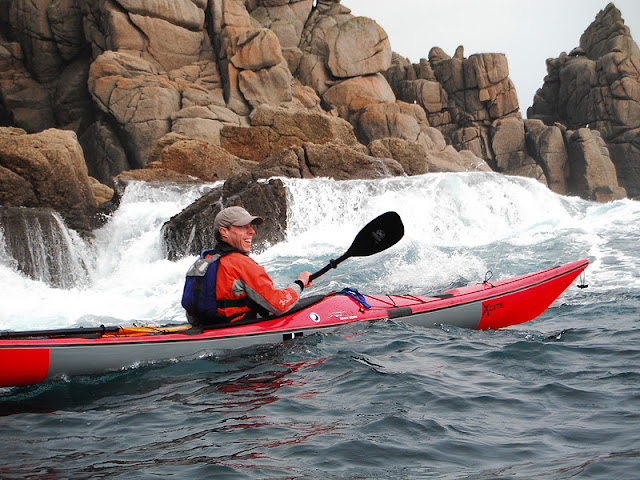 I think he enjoyed it too. 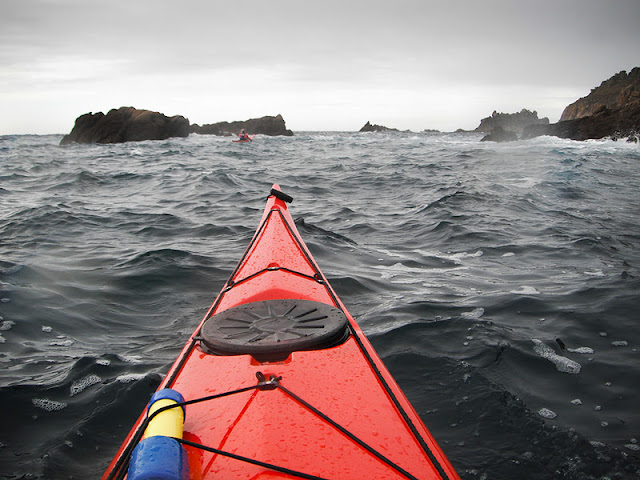 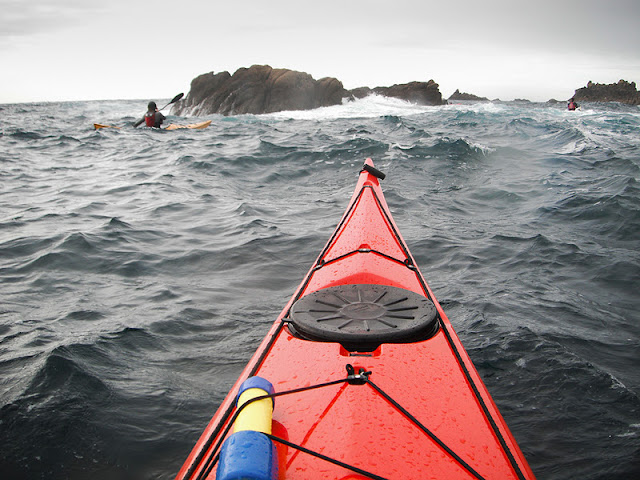 Yet more gaps to play chicken with the swell that was getting progressivly bigger. 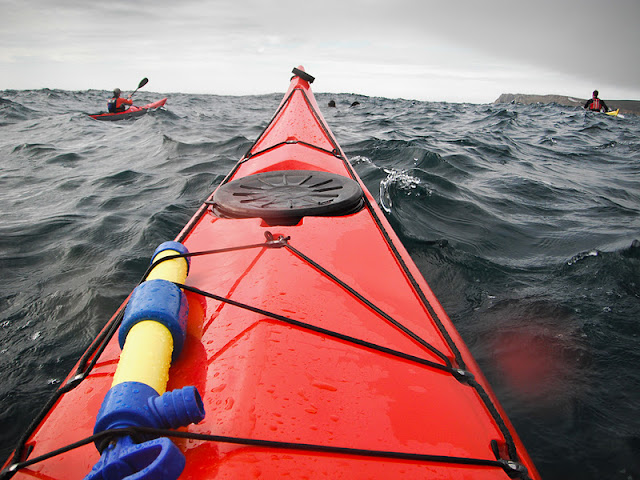 It was getting quite choppy towards the end of the paddle & my mind was turing to the surf at Sennen & how bad it would be? 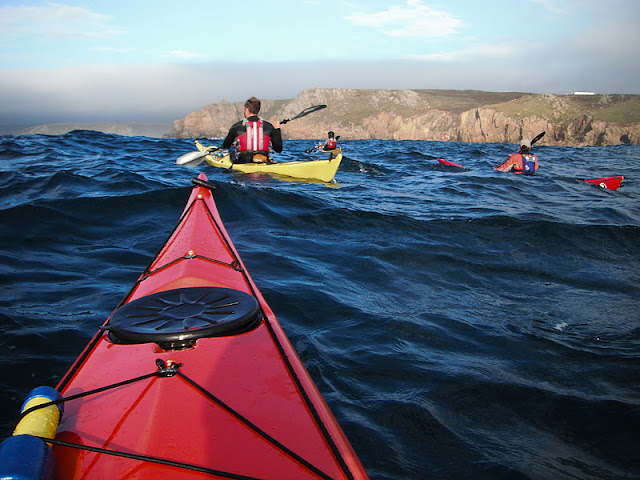 Nearly there & the chop seemed to die a little but the swell was ever present.

We pulled into Sennen Harbor & did some rolls before the group decided to head into the surf for a bit before leaving. I would have been happy to leave without taking a beating but I was curious to see how this shorter boat handled.
As it turned out the waves were perfect, no more than 3 foot & clean. I caught some good waves & I didn't feel like I was gonna die :) 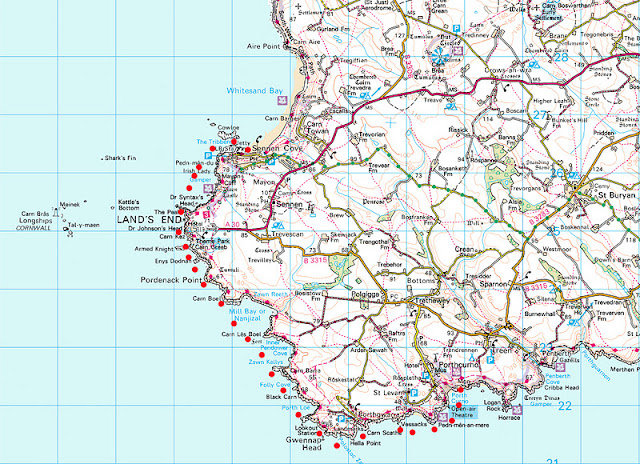 The trip was from Sennen Cove to Pednvounder Beach & back.