The Third & final day of the Storm Gathering 2011 on Anglesey.
Today I thought I might have taken the softer option doing the 'Rockhopping course' but that so wasn't the case :)

Our coaches for the day were Ollie from Active 4 Seasons & Barry Shaw whose partner, as you probably know runs Cackle TV.
There was an eclectic bunch of people in our group with some people from Finland, Sweden & Greenland. Oh, & Sam my paddling pal from Cornwall was there too.

We headed to Bull Bay as our start point for the compulsory??? Anglesey trip to the brick works.
There was some good rockhopping on the way & a lively sea with some decent waves to surf & a cave too.
I had a silly moment exiting one gully going left instead of right as Ollie was indicating & I got in Ollie's way as he was trying to take a pic. Well I ended up with Ollie's Bow lifting on a wave, catching me under the arm & tipping me over (LOL). I was pretty close to the rocks but luckily rolled up though without points for style.

We all stopped at the brickworks for lunch before the slightly epic paddle back.
There was a strong headwind & the sea was pretty rough with good sized waves hitting us side on. It was all pretty exciting & when we finally made it back to Bull Bay Sam managed to initiate a rolling session.

Despite the F5-7 occasionally gale 8 weather throughout the weekend I think the event was great & well organized & I can't wait fore the next one :) 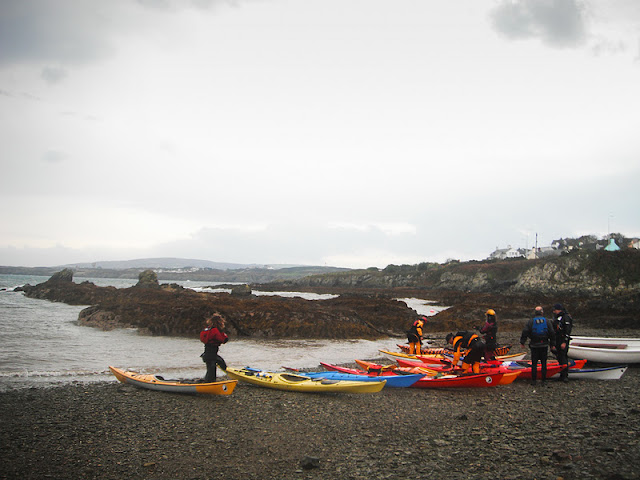 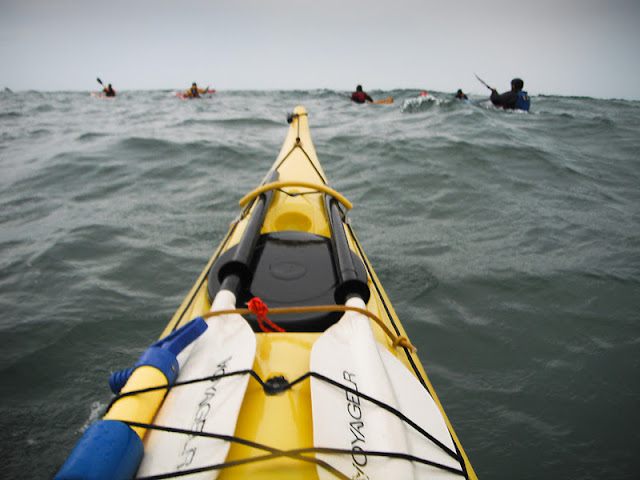 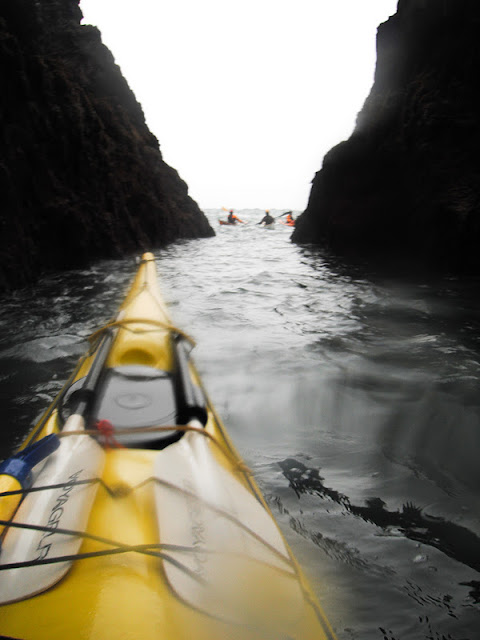 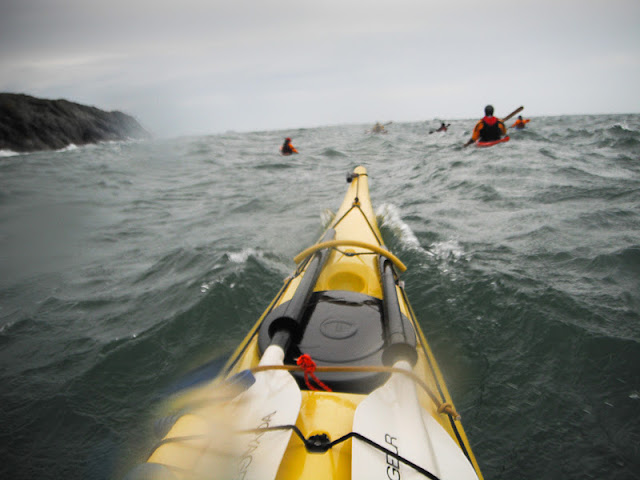 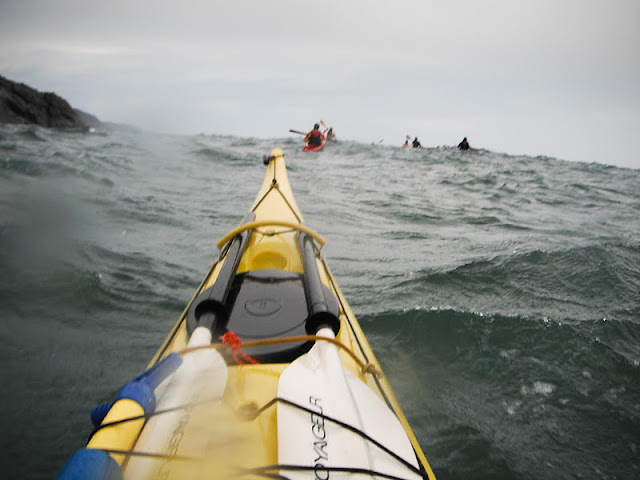 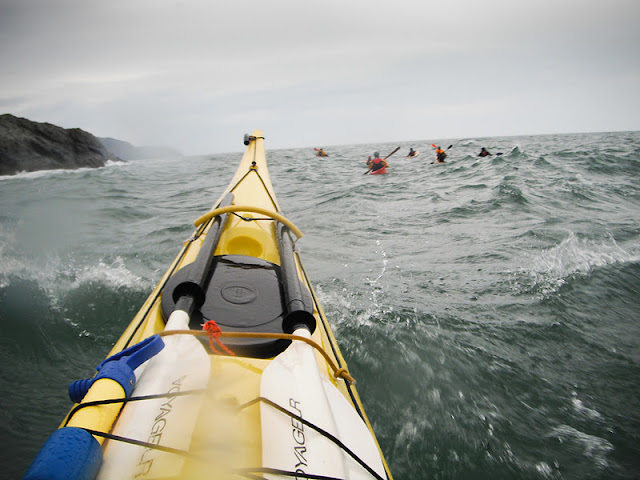 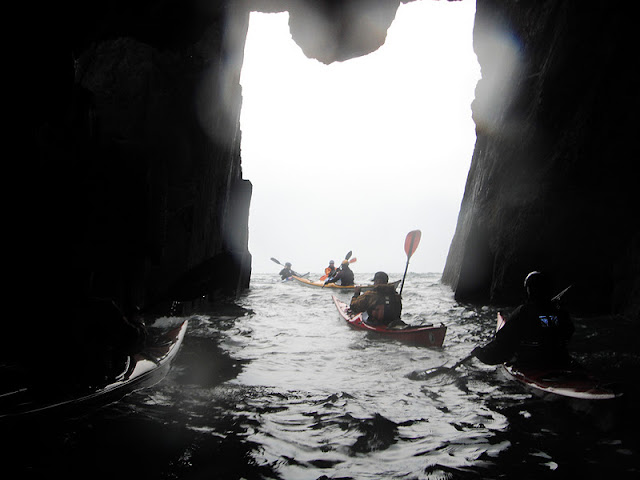 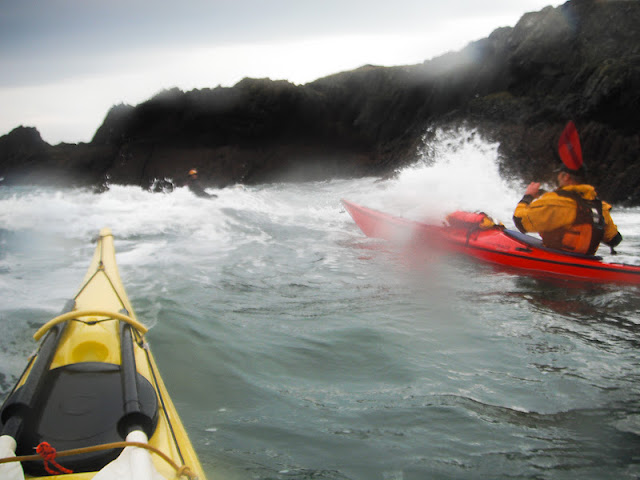 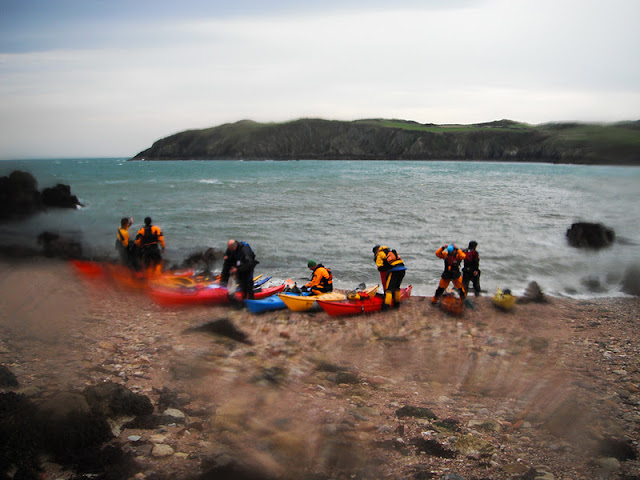 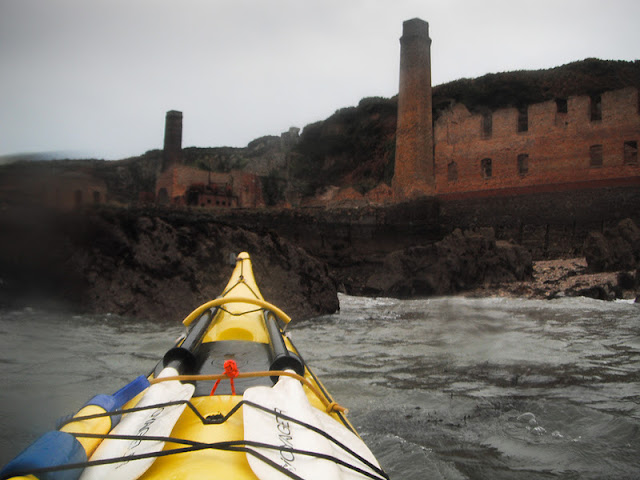 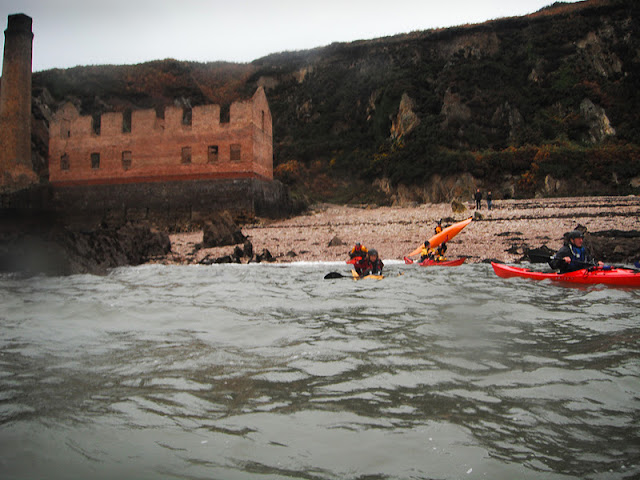