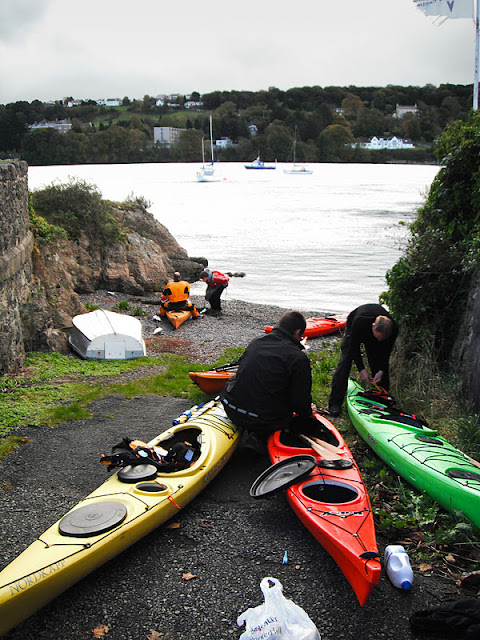 Bumped into Barry Shaw again at our launch spot as he was preparing to show some newbies to Sea Kayaking the ropes. 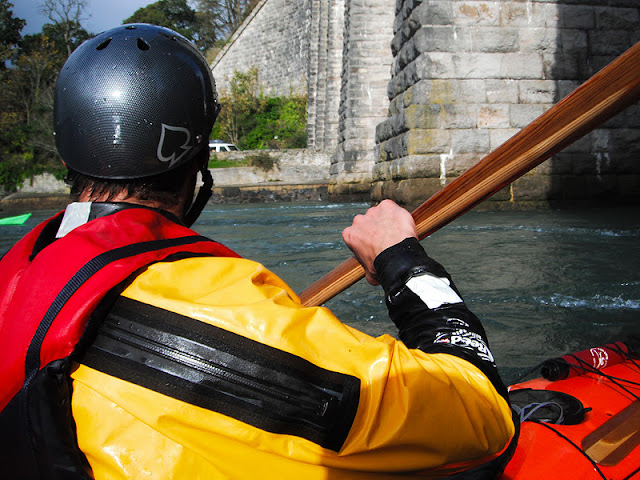 Jen's looking at the flow ready for some breaking in. 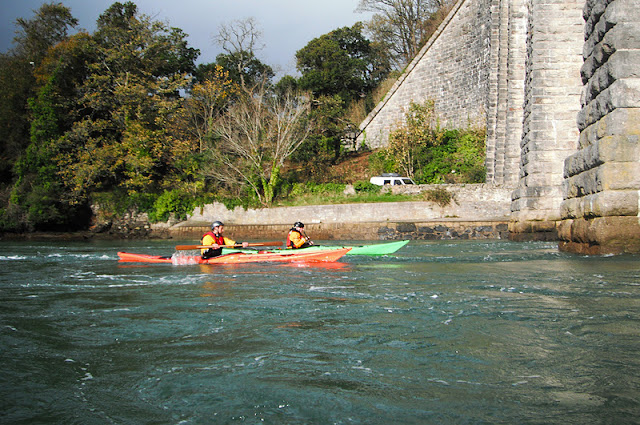 We played for some time breaking in & out, ferry gliding & generally pissing about:) 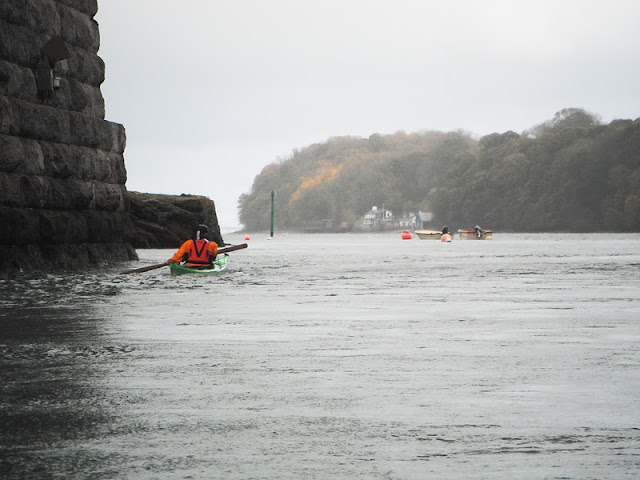 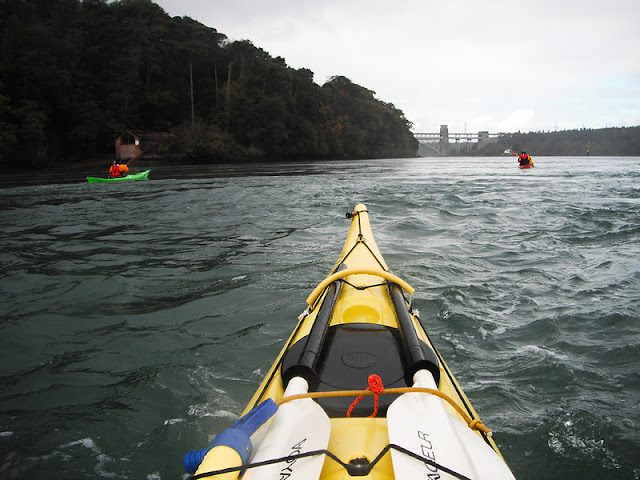 Time to move on & look for some rougher water. 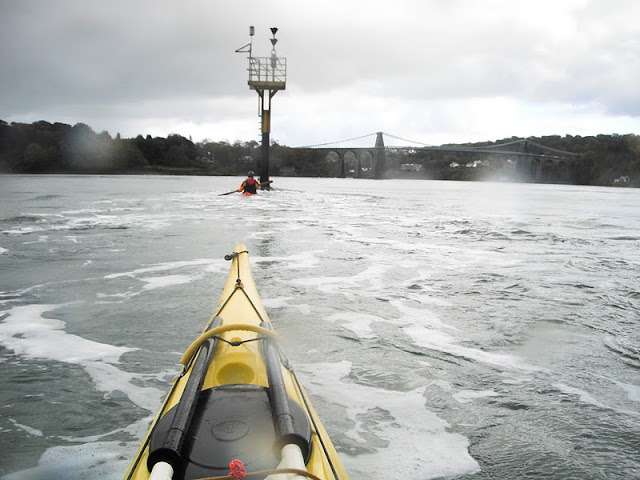 Not quite enough here. 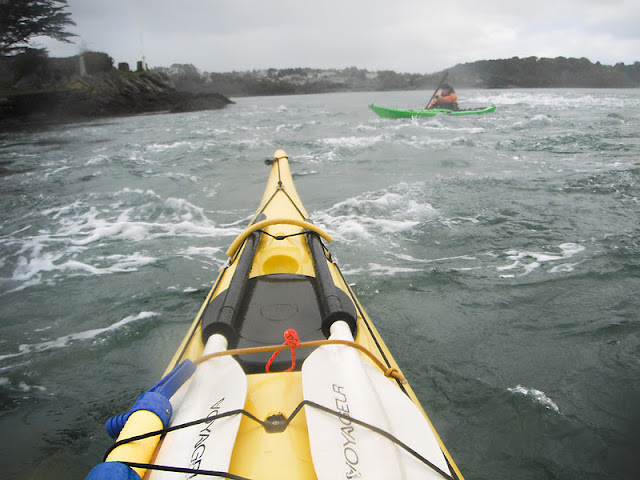 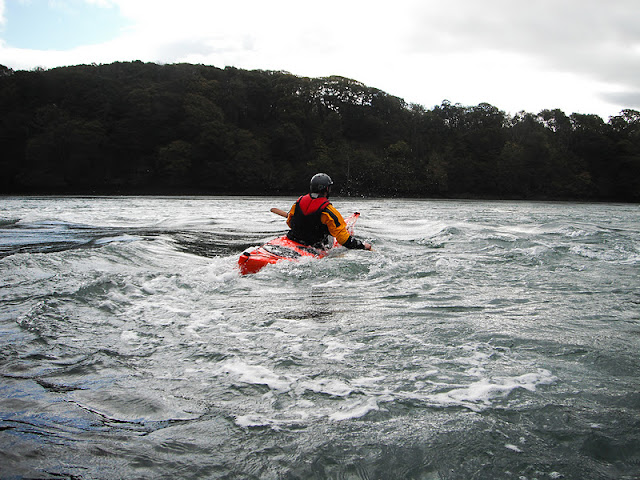 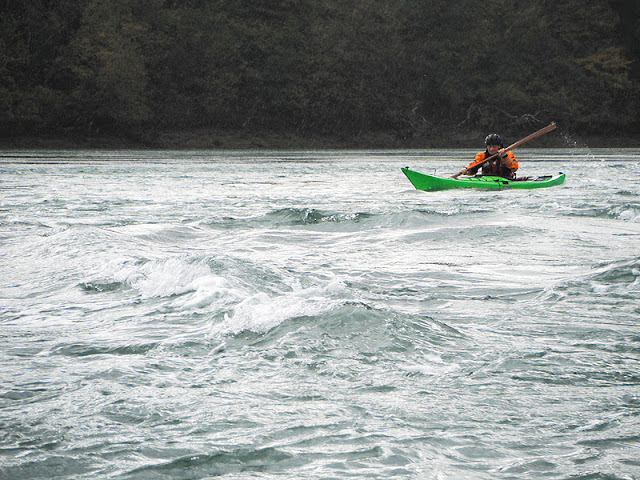 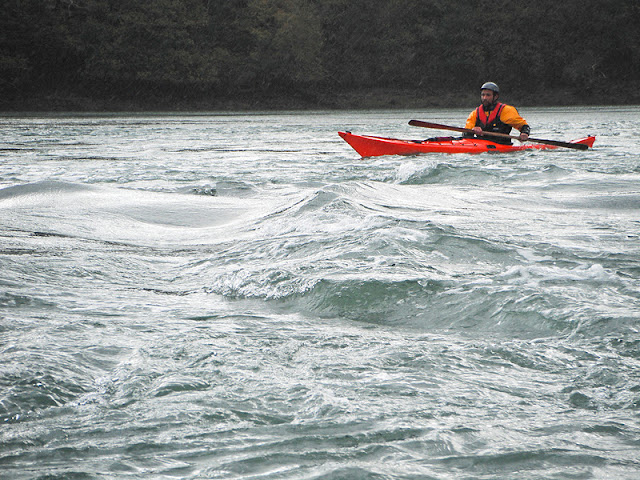 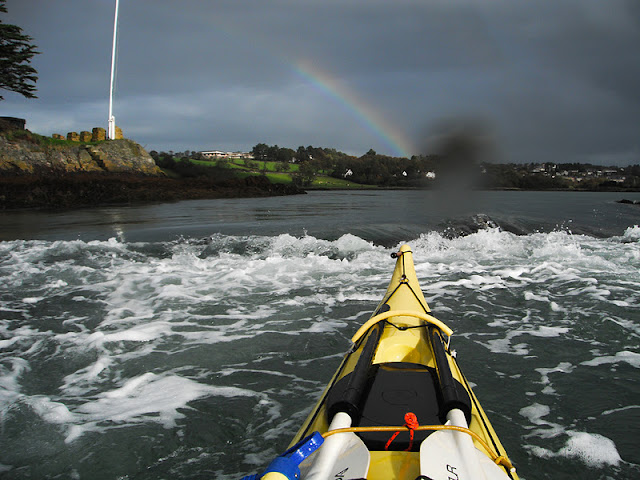 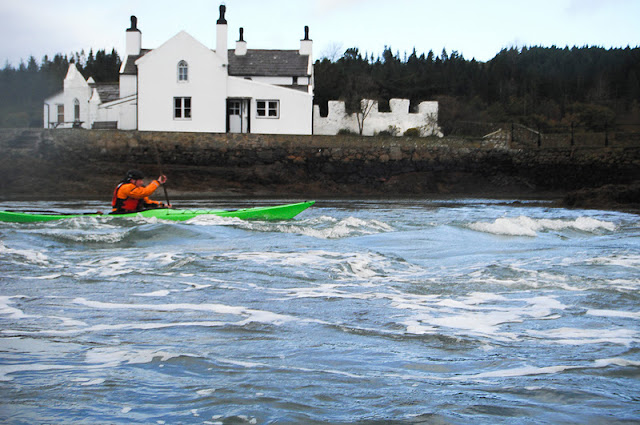 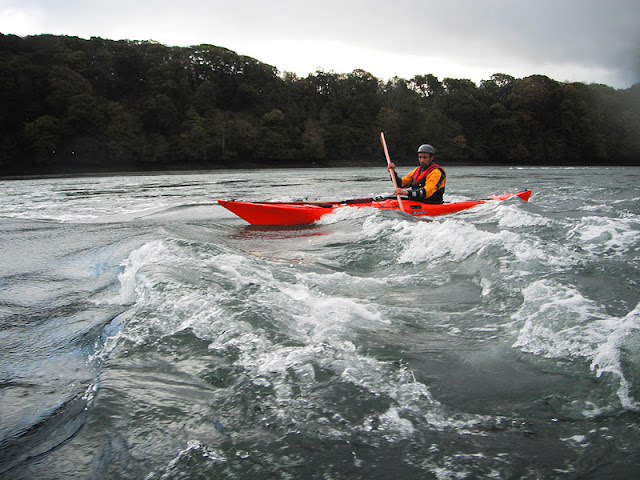 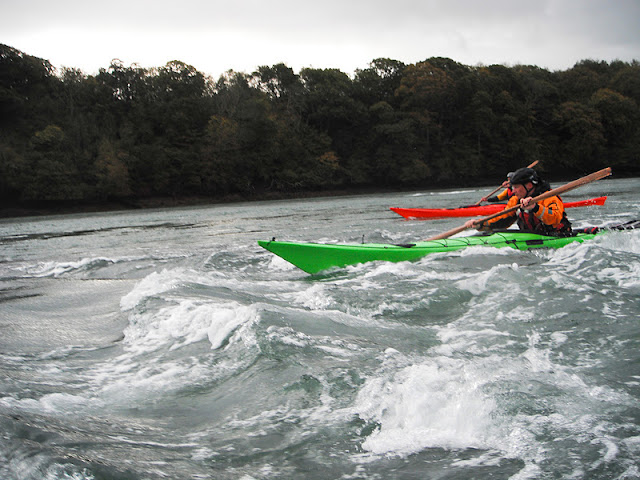 Having fun, not sure if we were practicing skills or behaving like children? I particularly loved surfing these waves, scared the shit out of me at first but I soon felt my groove & couldn't get enough. 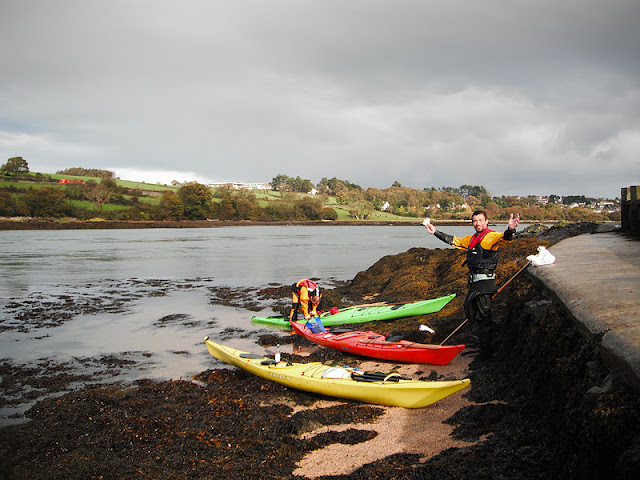 Lunch on the Island in the Swellies, hope the jammy git's that live here don't mind. was rather impressed watching the ebbing tide shoot past creating a rather large & obvious back eddy.
A short vid of Jen's & Morton Playing & demonstration some impressive Greenland Rolls. 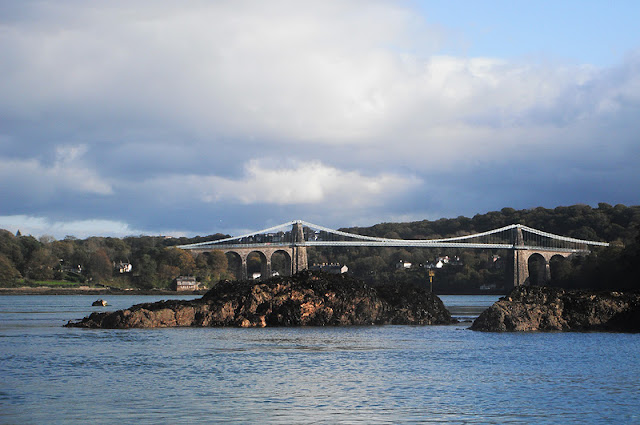 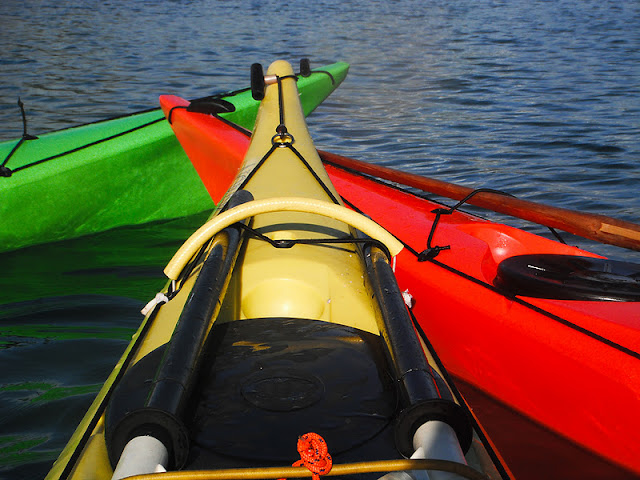 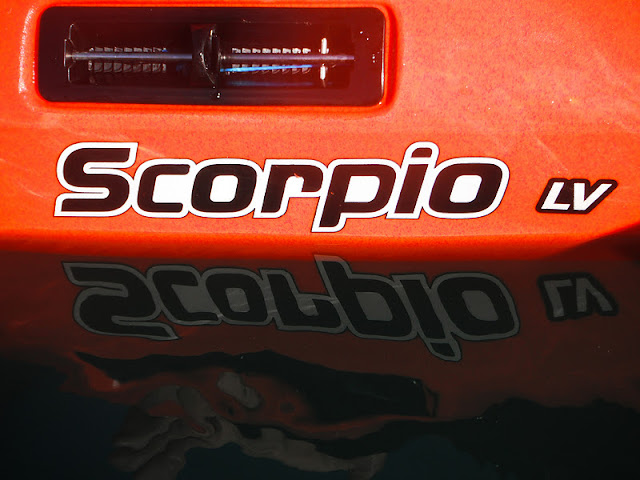 Email ThisBlogThis!Share to TwitterShare to FacebookShare to Pinterest
Labels: Anglesey, The Swellies