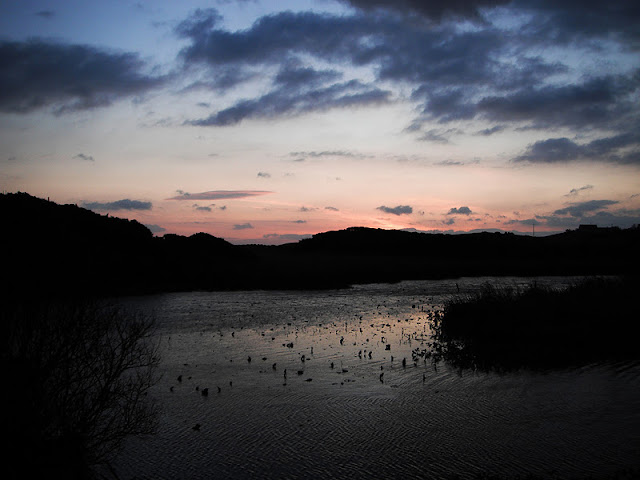 Sunrise at my camp spot at Anglesey Outdoor Centre, yep, I actually booked a few nights on the campsite as I thought it would be easier for the evening entertainment & more of a lie in in the morning :)
Despite the idyllic picture the forecast was for a Southerly F5-7 occasionally 8 with a moderate sea state & I'd gone & booked on to 'tide races & overfalls'.
As it was it was too rough for the classic races that we were all hoping for so we ended up being taught 'rough water handling' by James from Adventure Elements & Warren from New York. This was great as I know James from some 4 star training I did with him & he's a damn good teacher. 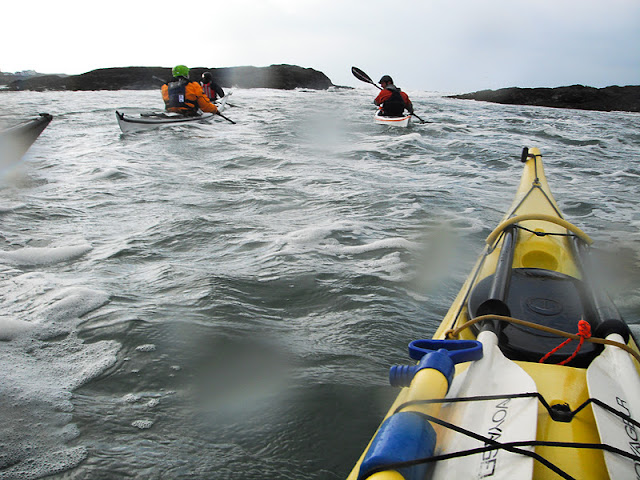 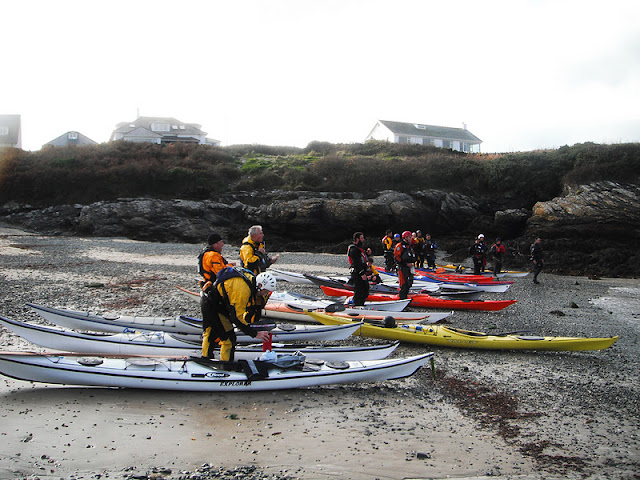 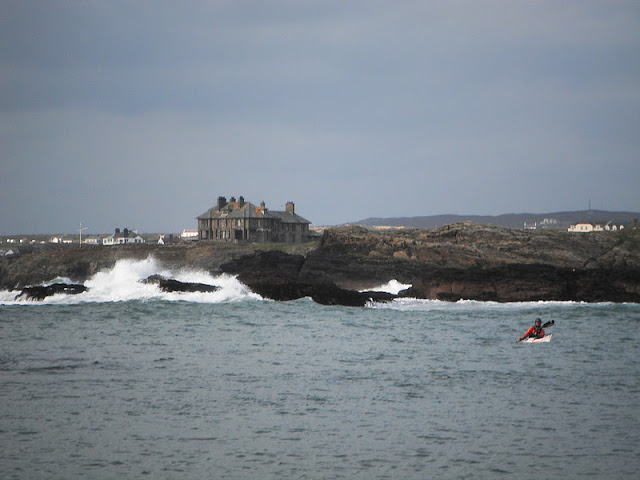 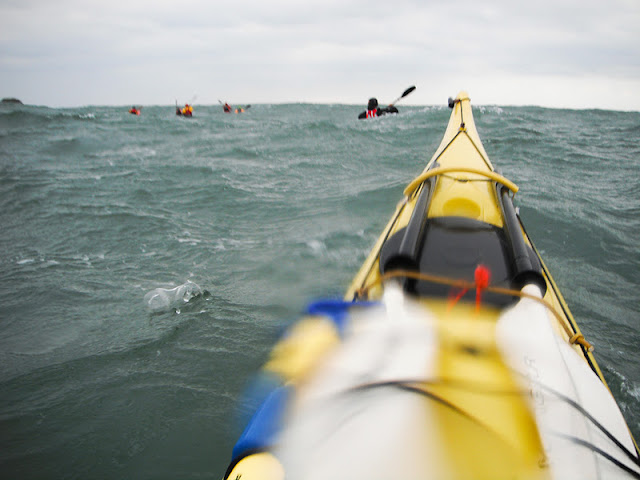 I didn't get many rough water shots as as soon as I stopped paddling I got blown away from the group rather rapidly.
I didn't think the images would show the conditions as they were so I tried a little video. Lets just say its a good job I can Roll (LOL)...